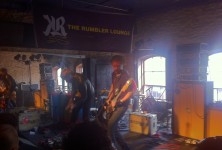 I had to speed walk back to the main part of Sixth Street once my friends reminded me that APTBS were playing a free show at Rumbler Lounge.

By the time I arrived, they were heavy into their tiny set already. I stood at the back at first, but when the usual amount of unprepared onlookers had to bail with their hands of their ears, I moved up in front of the speaker. I have great custom earplugs that allow me to be able to do this, but the people around me gave me the funniest looks for daring to stand so close. 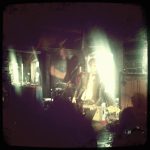 I only was able to see about two and a half songs, but it was worth it as this will be my last APTBS set for a while. The only thing I could mention that was different about this set was that at the end of ‘Ocean’ Dion and Oliver switched instruments…which I’d never seen them do before. I think this speaks volumes about how Dion has become as crazy to watch as Oliver on stage. 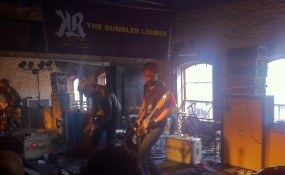 It’s been a long and wonderful journey with APTBS….from my first show at Noise Pop in February of 2008, to being so smitten that I started a thread about them in the old Nine Inch Nails’ forum The Spiral, to finding out a couple months after that that APTBS would open for NIN at a few shows, to seeing them countless times after that. It’s rewarding to see a band like them thrive while staying true to their roots. 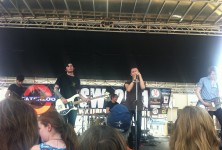 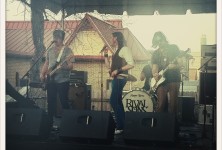