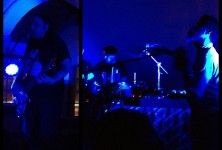 The city seemed a ghost town as I drove through unfamiliar territory to the East LA neighborhood of Eagle Rock. As I walked up to the house-like venue, I dodged people scarfing down vittles from a taco truck parked out front. 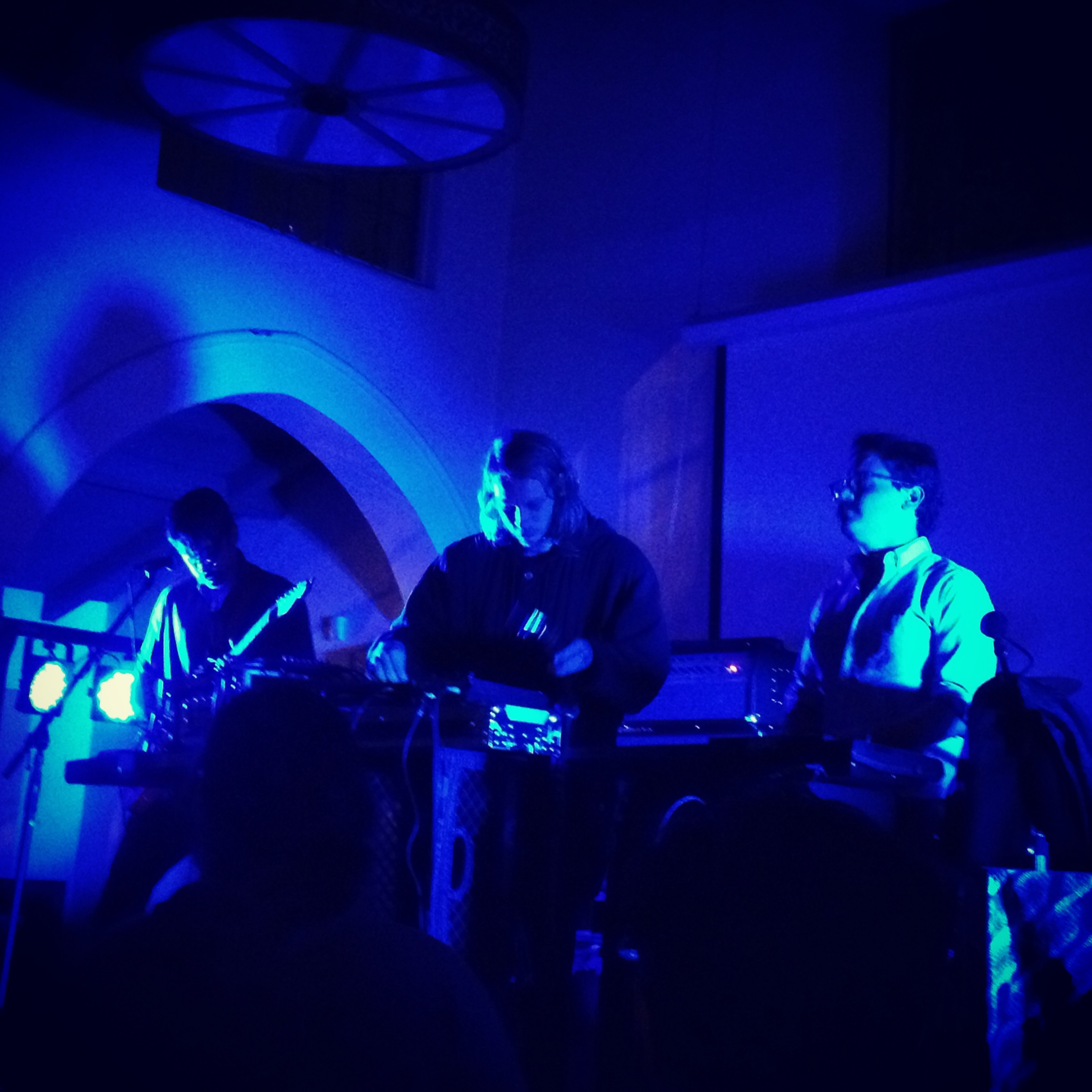 Sun Araw was on stage playing ambient, space-out music through a variety of instruments: moog, recorder, guitar, and other various bloop and bleep makers. It sounded very much like a soundtrack to a videogame. Whenever I watch acts like this, I think about how it seems impossible to me that these are actual, constructed songs. They seem so free flowing and jammy in a way, I can’ imagine that any one of the members could possible be playing anything rehearsed. 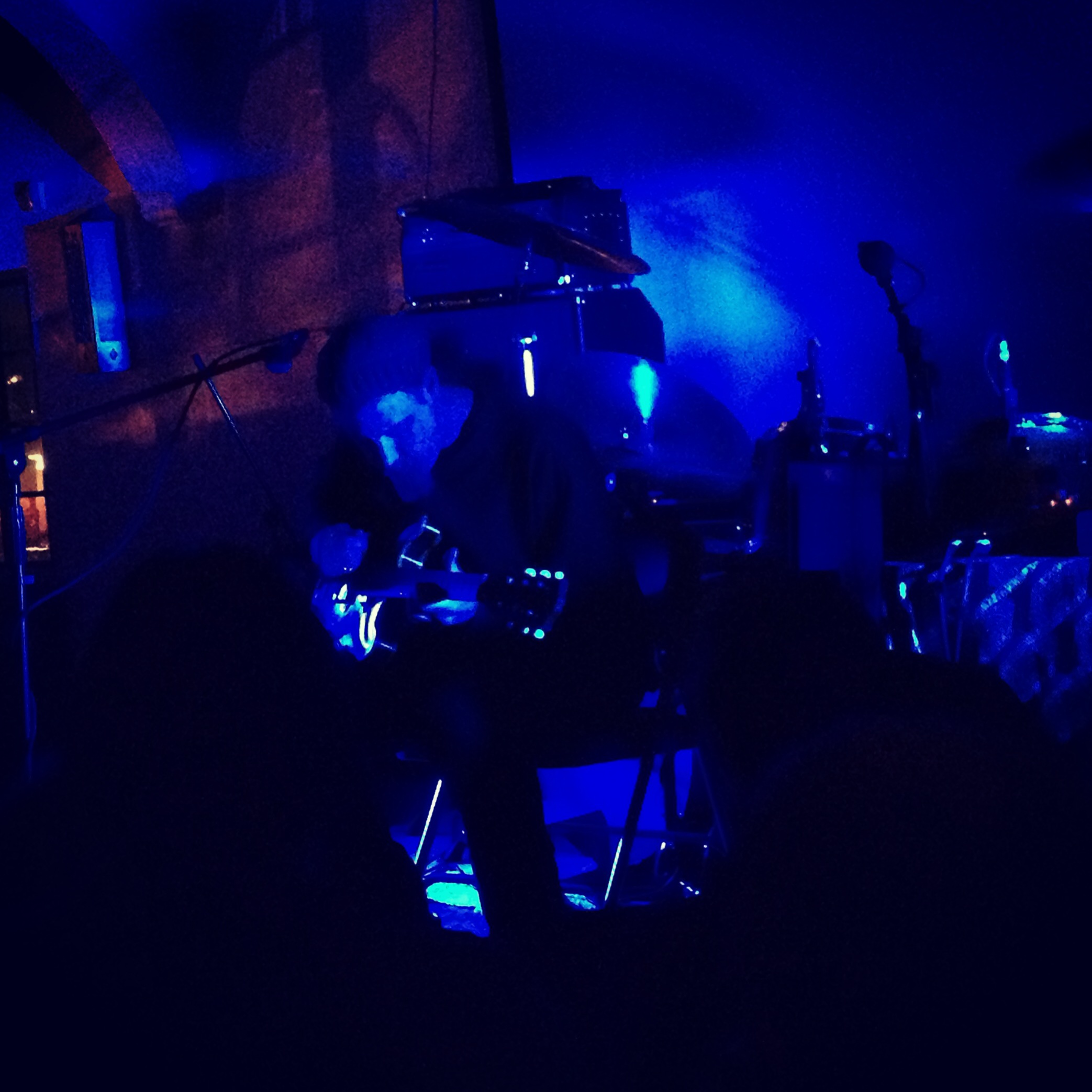 Next up was Sir Richard Bishop, formerly of Sun City Girls, who completely changed the vibe. Starting with some beautiful acoustic playing, he then transitioned into a couple SCG songs that were as disturbing as they were hilarious. It’s been a while since I’ve seen a solo storytelling performance like this; I forgot how engaging they can be in that “I’m a kid in school listening to my teacher bring something to life” kind of way. People were (rather annoyingly) singing along to ever word. Bishop seems like the type of guy that would have been a family friend growing up in Texas. It was a great set. 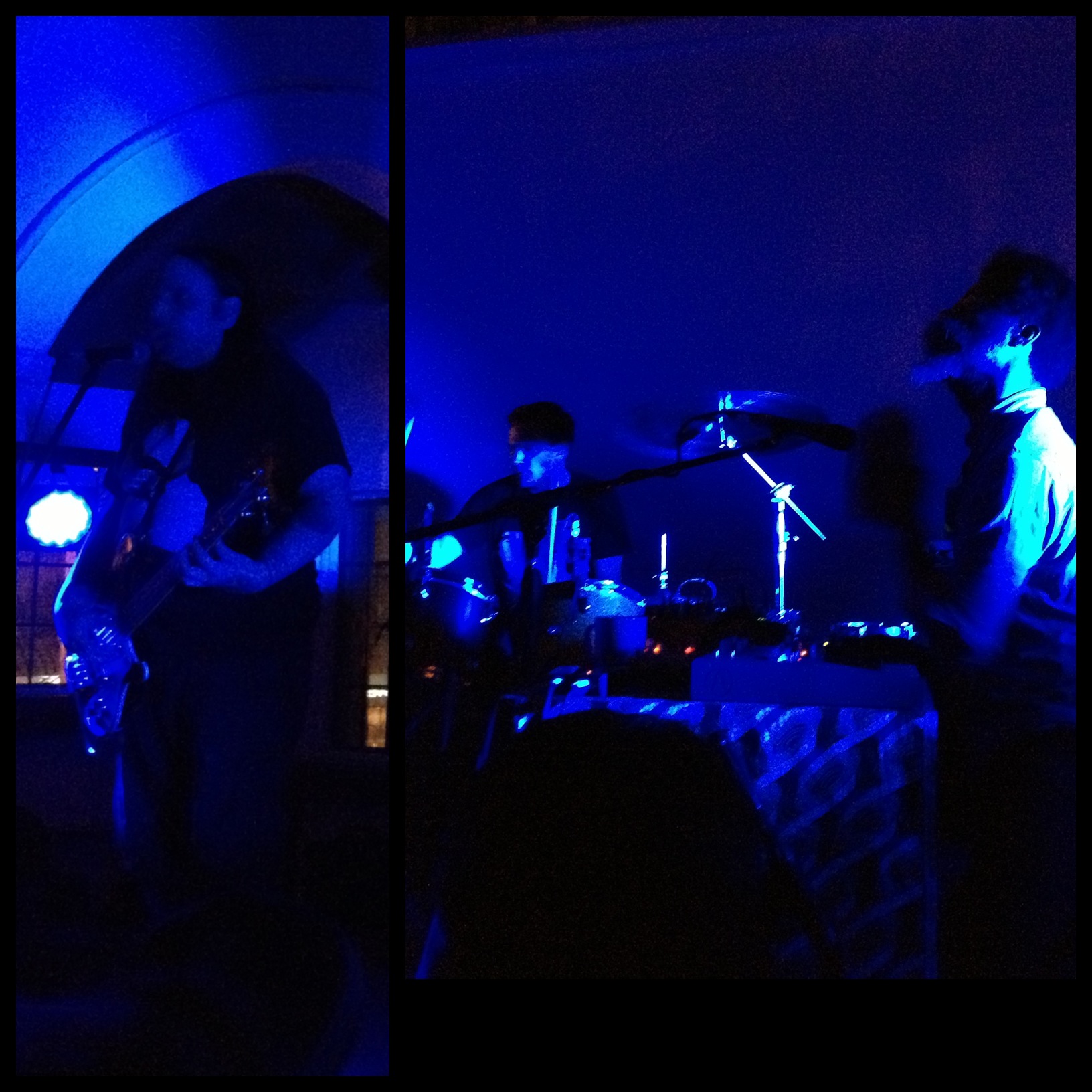 Then we switched gears again as OM took the stage. The room became an integral asset to the performance as the blue lit stage seemed almost an altar of sorts for what has to be the most religious stoner-doom metal to exist. As Al Cisneros’ first bass notes shook the room, I noticed several people holding up their palms in prayer position. So that may have been a little extreme, but it was somehow, to some people, necessary. The three pieces’ hypnotic instrumentals swelled until it bubbled over into heavy doomy notes interlaced with the tinny percussion beats. OM is the type of band where you just close your eyes and listen, because the band does not really look like the music they create. It was so loud where I was standing I had to plug one ear at times on top of wearing ear plugs, but I wouldn’t back away.

The guy on synths, tambourine, and guitar was engaging to watch as he switched instruments and swayed around. Near the end of the hour set, after I had noticed some crackling coming from the speakers, Cisneros stopped a song shortly after beginning to have the sound guy fix things that had presumably been blown to shreds by how loud they were. After a short break, we were immersed back into the sound except for some weird lighting issues that started to happen. It was as if the intensity of the music were short circuiting everything in the room.

I was glad to finally see OM; as a big fan of Sleep and having seen Shrinebuilder on the other side of the planet, it was good to check this one off my list. 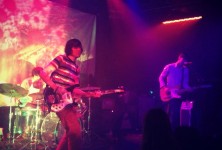 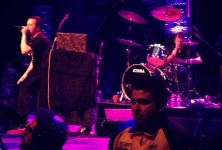