” Music is my boyfriend…music is my hot hot sex.”

I’ve hated it since love meant the boy that pulled your hair and ran away, when I was always sick on that day each year. I’ve hated it when I was in relationships, and I really hate it now that I’m single, and Facebook exists.

As much as I hate it, I secretly want the flowers, the attention….somewhere underneath my black metal encrusted heart exists a typical female. And I hate Valentine’s Day because it reminds me of this.

But I had a hot date with a couple psych rock bands. The first show after GRAMMY week is always a giant recalibration of what I love about live music; on Sunday night I may have stood amidst a well oiled machine presented to millions of viewers by artists who are household entities, but tonight I would bask in the imperfections…the mystery…the lovely rawness that defines psychedelic music. 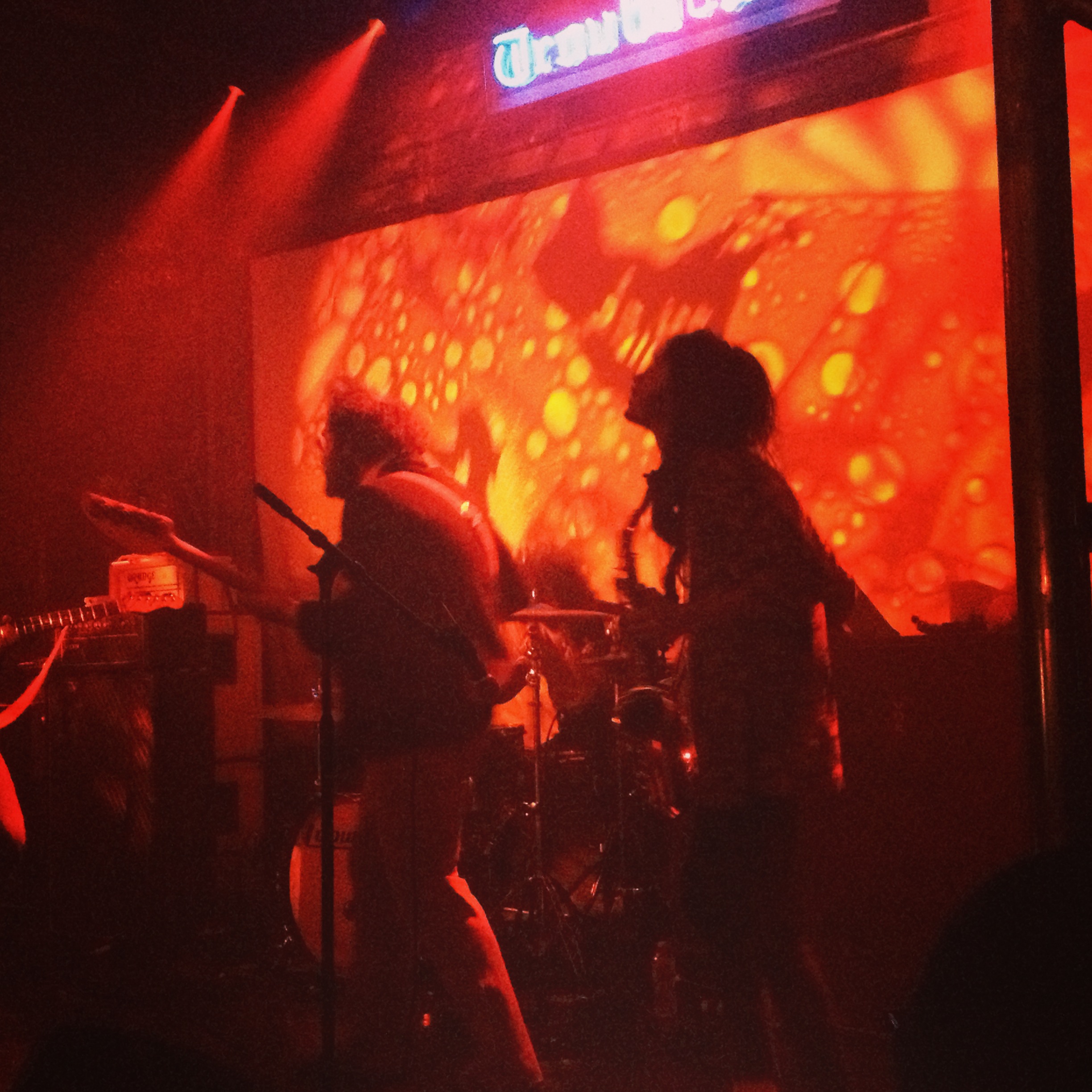 Strangers Family Band was a real think piece as I stood there trying to figure them out. The vocalist echoed the vibe of Crispin Glover on Letterman….it felt like he was trying to take a song somewhere he lacked the confidence to make it go. Then this continued and I realized it was just their thing. In all of the psych rock bands I’ve seen, I’m not sure if I’ve seen the flute and saxophone implemented seamlessly into songs; it was pretty interesting. All in all, the set wavered between something that confused me and something I expected and liked. Perhaps that is a good span for a psych rock band to be in. 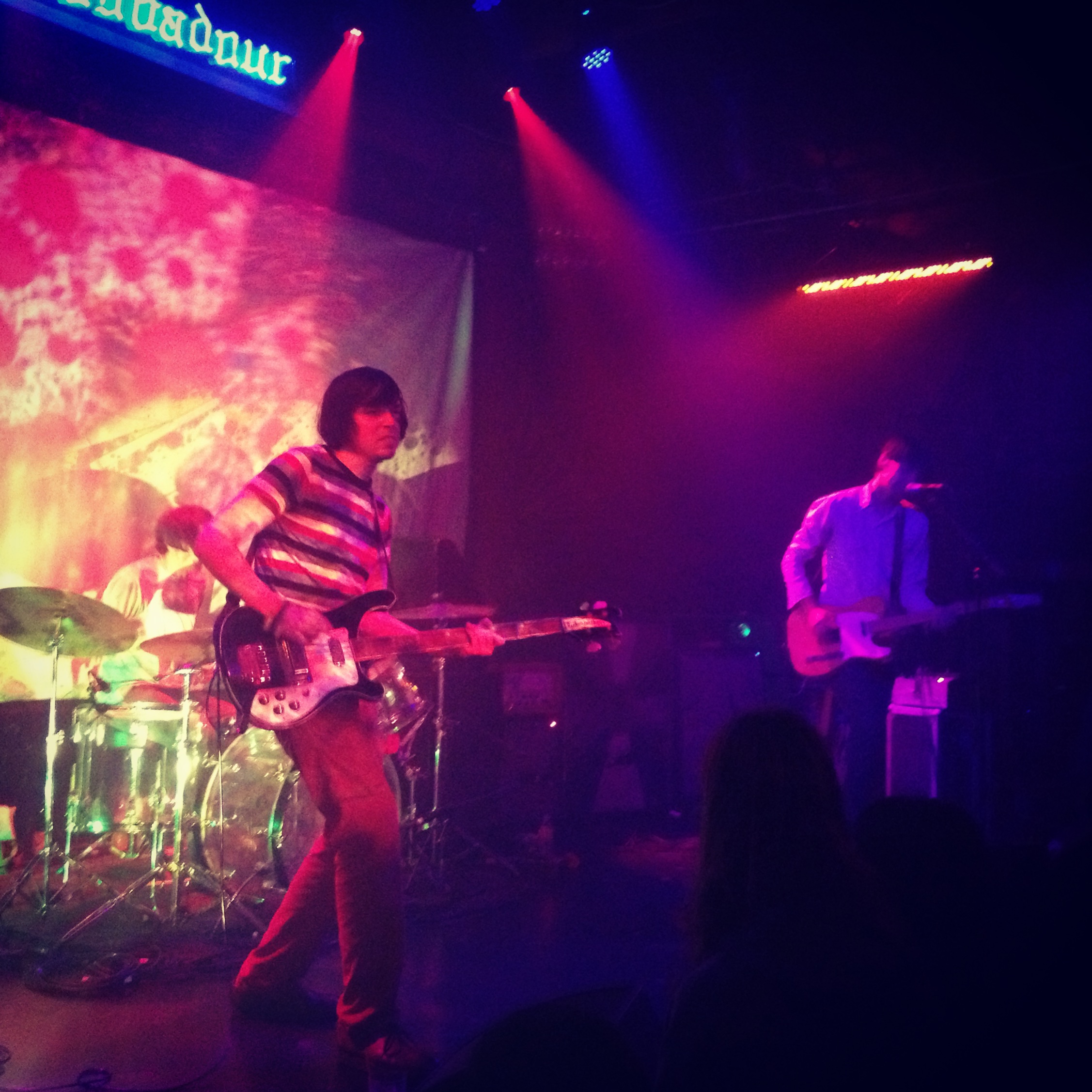 I remember the description “Sabbathy riffs” being a selling point to me when I first found out about Dead Meadow. And as the Orange amps revealed themselves, I awaited that fuzz. As the LA three-piece began, we were taken on a journey directed by echoey tones, clanging symbols, and hypnotic bass. Dead Meadow are a band that fills two spectrums for me: some catchily riffed- tight songs that you can’t get out of your head, and then their jam bandy material that spaces you out to the point of non-presence until certain note combinations draw you back in. The vocalist’s high pitched voice cuts through it all; sometimes it’s almost annoying…but it is distinctively them. And in the context of the Troubadour, on an amorous evening, they provided the perfect distraction from reality.