There’s something special about the hometown show.

On Saturday night, Emo’s was filled with Texas metalheads- some who had driven many hours- there to support Austin’s very own The Sword. Swilling cheap beer and there in packs, the vibe was like Saturday Night Lights; it had the enthusiasm of a hometown playoff game. 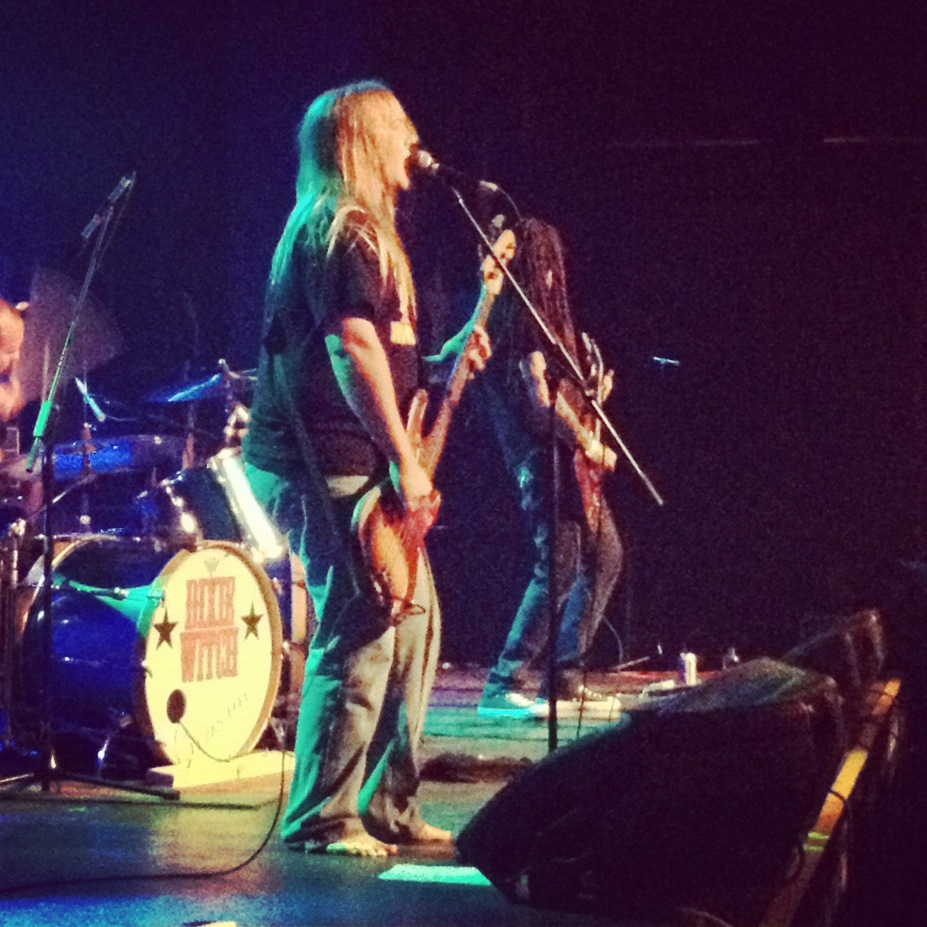 Dixie Witch were on stage as I walked in, a band whose name I had seen as an opener on posters that adorned the old Emo’s back patio, but had never seen live. A barefoot bassist, dreadlocked guitarist, and primordial drummer form a trio emanating Southern metal tunes. The crowd was well warmed up, singing along and raising their beers high, whoopin’ and hollerin’ as Texans do best.

It had been ages since I’d seen The Sword do a headlining set. As they triumphantly came out on stage for this one-off show, the crowd responded with a deafening roar. They began with a more mellow rocker, “Night Train”, following it up with “Tres Brujas”, also from their newest album “Warp Rider”. But the action really began with one of the stars of their first album- “Freya”. In a sea of hair and musky perspiration, fists flew and everyone chanted along. 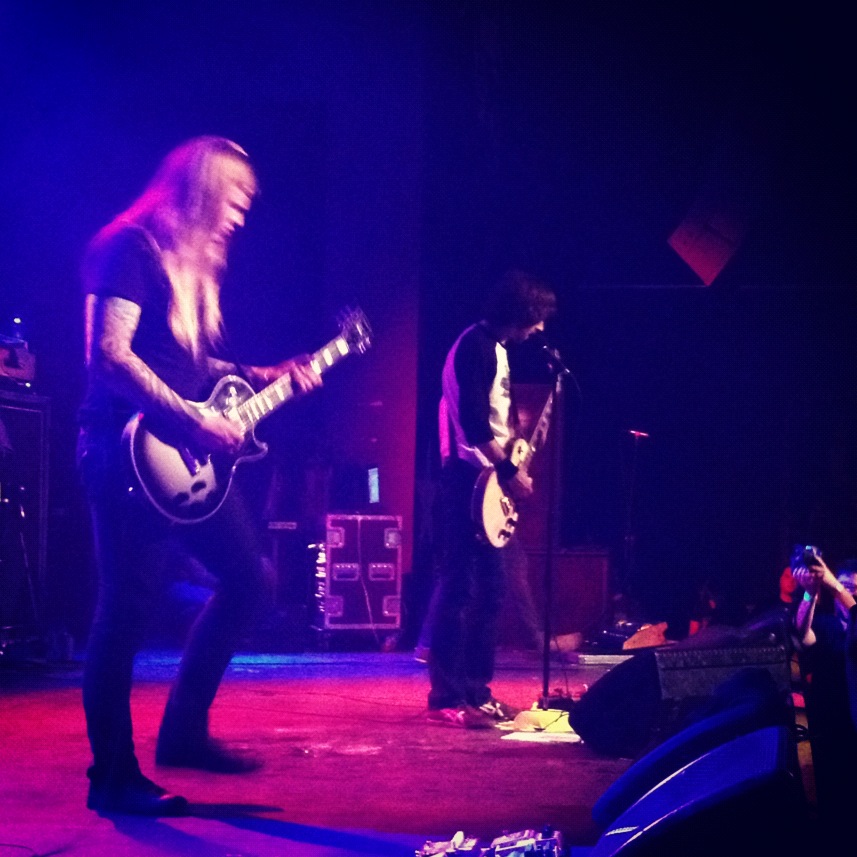 Then we began to hear new material they have been working on, performed live for the first time. Laid between the old hits, these songs sounded like fresh sludge. They seem to have more ties with Age of Winters and Gods of the Earth, which makes me very happy. Bodies flew over the barricade, some hitting the floor when security couldn’t keep up. My favorite one was the guy in the “Fuck Y’all I’m From Texas” shirt…which kinda summed it up for everyone.

The sudden departure of their old drummer now forgotten, The Sword is a solid quartet. J.D. Cronise and Kyle Shutt really shined that night, in their occasional meeting for the brilliant harmonies that rise above the doom. Standing below Shutt, I overheard several women talking about how perfect his hair is, but I was further impressed by his skills. An effortless player and enigmatic showman, he tends to demand the most attention, like the star quarterback. 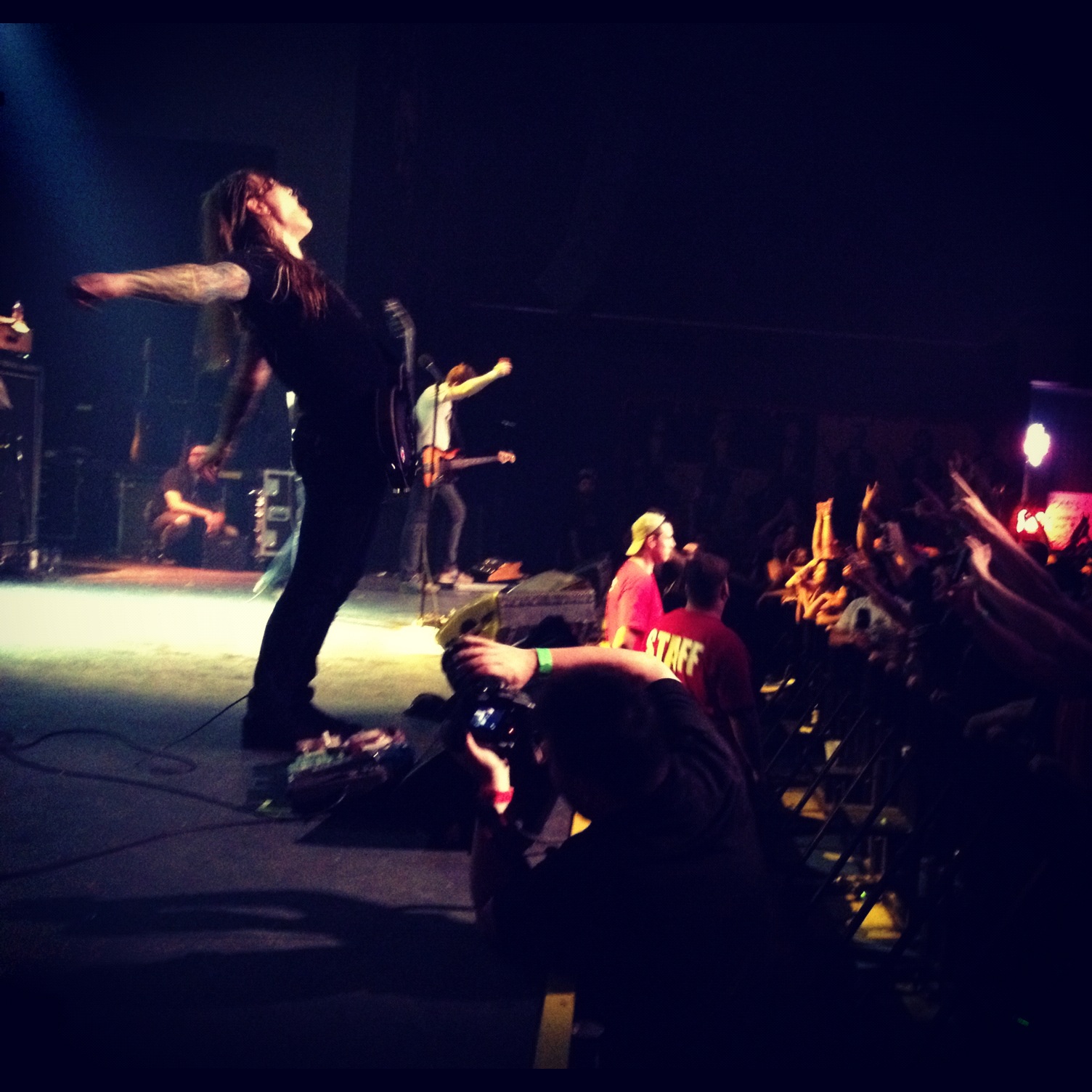 I haven’t heard a crowd deserve an encore more in a long time. From the second they left the stage til they returned, you would have thought the audience was going to die if they didn’t come back. Such energy is infectious, and it really made me remember what this is all about….good times and great music.

Conquer All: Behemoth, Watain, The Devil's Blood, In Solitude, Ides of Gemini @ House of Blues Sunset, 4/25/12