Every year, as the sun starts shining more, there comes the long awaited part of the year that live music fans lust for: concert season. And the crown jewels of the season are the carefully crafted package tours, where bands that you never thought you’d see together share the stage, uniting fans, sometimes for better or for worse.

This year, those announcements came early, and I am in the midst of April metal showers. And the biggest storm consists of rain: Ghost, my new obsession, thunder: Mastodon, my old obsession, and lightning: Opeth, a band that took a while to strike me.

In typical HRC fashion, I can’t just go to one date of a tour I believe in…so on the high holiday of 4/20 I found myself in a weird warehouse in San Antonio, TX.

They say everything’s bigger in Texas…and that’s mostly true except when it comes to my boobs and most metal shows. While I will see this tour at the Gibson Amphitheater in LA in a few days; in San Antonio I would be seeing it in a nightclub…that hadn’t even sold out. I ain’t complaining; intimate shows are more my thing…and this would be the 10th (!!) city I’d seen Mastodon in and something felt wildly funny about seeing the Swedish in San Antonio.

A roadtrip from Austin with my favorite couple had us standing in line waiting for doors, my excitement brimming. I keep thinking this feeling is going to go away when I’m older…but it doesn’t. It’s like Halloween morning, and I’m about to get high quality candy.

Package tours keep prompt times, and Ghost took the stage at 7:30 while a line still awaited outside. Luckily the club was dark and cavernous, otherwise this would have been weird as the sun was still high outside. I was curious to see if San Antonio was aware of them, and was pleasantly surprised. This is my second round with Ghost, and now free from the “IT’S FINALLY HAPPENING” mentality I was wondering if I was going to fall under the spell of their schtick. Forgive me, Papa, for doubting you….it was a marvelous “quickie” – his words – though I terribly missed the opportunity to receive communion and the fabulous cover of “Here Comes the Sun”. I got completely lost in the music – that album that accompanied me through a lot of last year. A Ghost necklace dangled from my neck, and I sang along religiously to their satanic pop rock. “The chapel of ritual…smells of dead human sacrifices…” 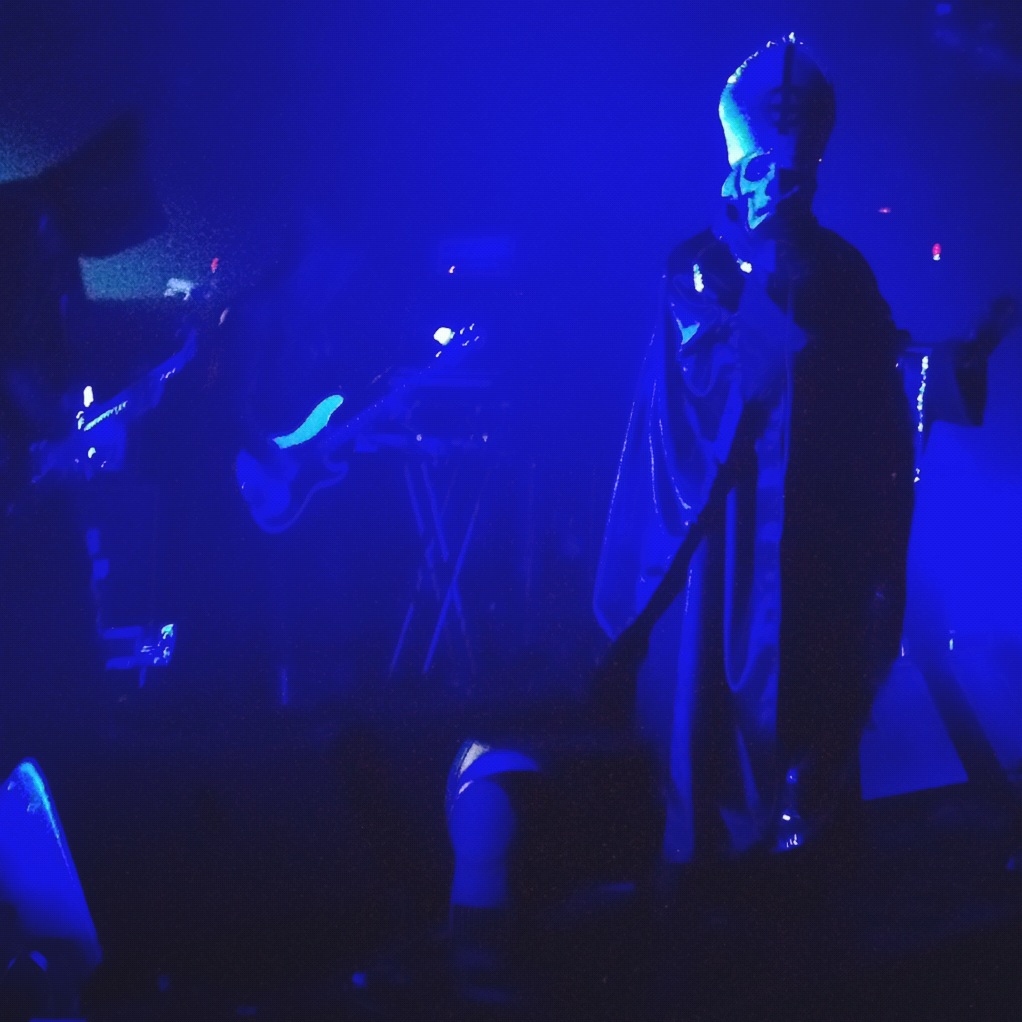 The number of times I’ve seen Mastodon is quickly catching up to the number of times I’ve seen NIN, and that’s without ever explicitly following them on tour. Yes, they are one of my favorites- but after a few one off shows I went to 4 dates of Mastodon/Dethklok, then it was BlackDiamondSkye, then Soundgarden at the Gorge, then with Dillinger Escape Plan. They always tour with great bands….a definite element to their success.

On this tour, Mastodon are playing every song off of The Hunter except for “Creature Lives”. I’m warming up to the album, but somewhere in an alternate universe I’m still in the front row where they play Crack the Skye from front to back every night. They played spectacularly as almost always…those first few shows I saw of theirs in 2009, Brent Hinds used to chew out his guitar tech regularly. Their energy was a little muted compared to other shows…but I would say some of that is because this San Antonio crowd was an Opeth crowd. 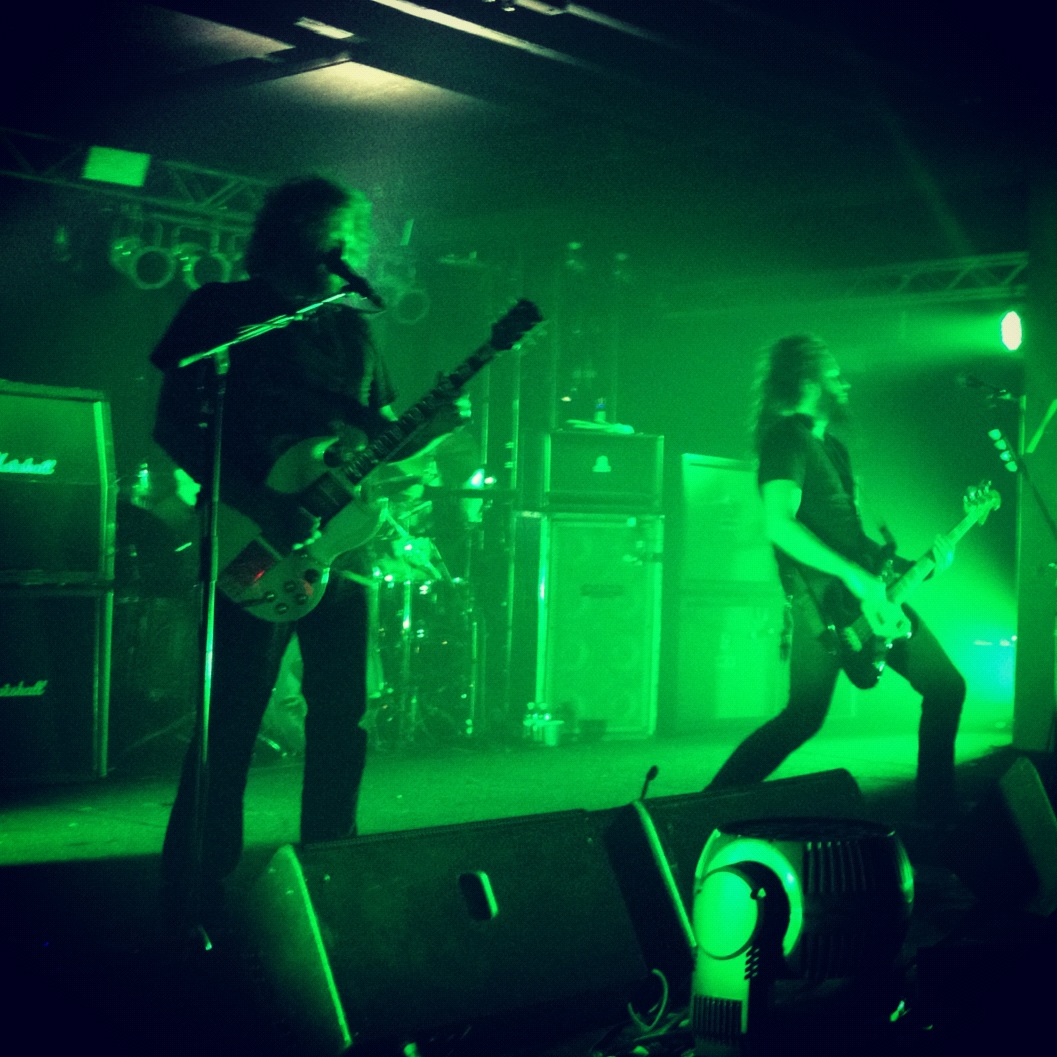 As I stood there taking the show in, I thought about how much music has saved my life. What I learned reading Neal Peart’s Ghost Rider is true: the second year of grieving is the hardest. The shock wears off, the people who were being extra nice to you go away, and the reality sets in. I spend so much time alone with my music, it’s the only thing I feel can make me understand the parts of me that I’ve never shared with anyone. It’s always there for me when no one else cares. It’s not strange for me to put such emotional currency on a band’s music, but when I’m in the presence of one of those bands that’s created a lot of that music, I get really overwhelmed. It’s like, what if that piece of music never existed? If the lyrics “Weight of worlds is on your shoulders….Hear the voice of gold…I can see the pain….It’s written all over your face” would I ever have fully come to terms with the fact that my mom just wanted to die?

Anyway, I thought it was an interesting choice to not close with the traditional “Blood and Thunder” battle cry, but instead the melancholy sounding, but hopefully lyricised “The Sparrow”.

I’ll have to admit that I was rather shocked by the eagerly awaiting youth who perked up as Opeth came on. Good kids. The progressive metal masters commanded the crowd as they launched into “The Devil’s Orchard” off their latest release, Heritage. As Mikael Akerfeldt sang “God is dead” it served as the one thematic link to their Swedish counterparts in Ghost. What’s great about being close at an Opeth show is watching their technical prowess; unfortunately I was blinded by their lights every time I tried to focus on it. The entire front row around me was shielding their eyes it was so bad at times. Beyond the blindness, I settled into the mellower set easier than I thought I would since I knew ahead of time what the setlist would be like. People love to complain about Opeth setlists…and, yes, I want to hear “Blackwater Park” as much as you do…but ultimately Opeth are on a different plane right now and there’s no use wasting energy complaining about it.

I love to listen to Opeth when I’m working; there’s something about the unexpected places that the music goes that makes my wheels turn. In a live setting, it can be the type of set where you find yourself kind of drifting away, before being reigned back in by a sharp crescendo. 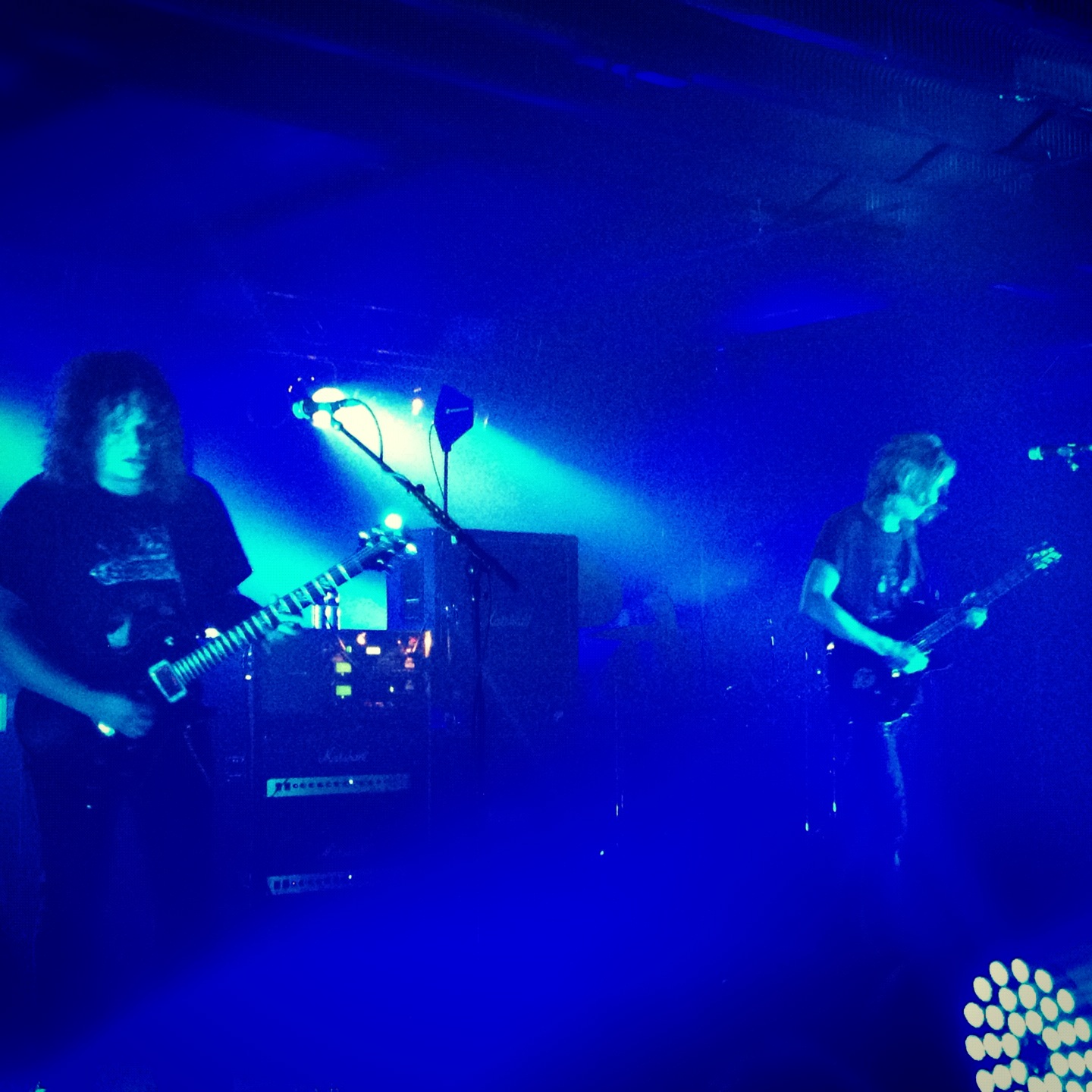 And then there’s the banter of Akerfeldt, those glorious moments when he speaks to the crowd. We’ll pretend that he wasn’t condescending when he said, “We’re Swedish people. That means we’re from Sweden.” He calmly talked about the hot club and the way to remedy it: by drinking beer. His words flow into the music of the next songs, lulling you along. He would be a highly effective cult leader.

The presence of “Windowpane” in the setlist appeared to be a highlight to all. That opening song to Damnation, it served an audience enraptured after they had received a short lesson in tuning up a guitar.

“Did you like Ghost? I’m the singer. Did you like Mastodon? I wrote all the songs”. Akerfeldt had the crowd laughing before entrancing them with the rest of the set.

I feel the dark when I see you.