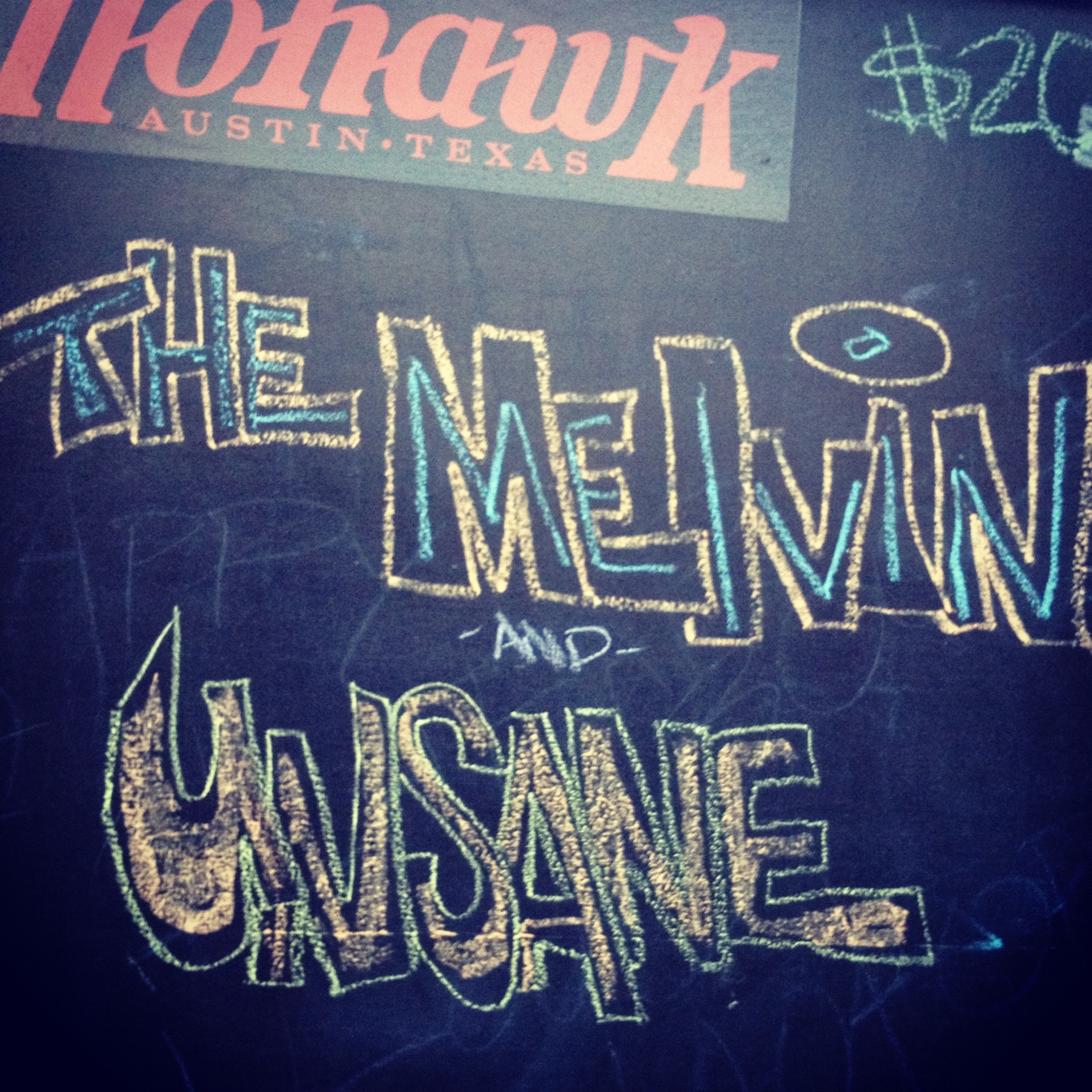 Once upon a time, about an hour and a half away from here, there was a 13 year old girl who had a bedroom decorated with posters and magazine clippings of Kurt Cobain.

Growing up in small town Texas in the early ’90s, the only music that made it down to me was what was on MTV or in Rolling Stone magazine or on the local radio. Everything was filtered and delivered for mass consumption….but I really lucked out that the sound du jour was from Seattle.

At that age, I had never been anywhere but Texas and Colorado. Seattle was some mysterious place that magically manufactured the world’s best musicians. And I was full on obsessed.

Through consuming everything I could about Nirvana, I kept coming across the Melvins name…but I never got into them until well into my twenties. They weren’t on the radio, MTV, or in Rolling Stone…and my occasional $20 record store allowance only bought Nirvana, Soundgarden, and Alice in Chains. I walked into the Mohawk just as UNSANE took the stage. The treehouse layout of the Mohawk was already lined with attentive fans, but the floor was mellow as I walked right up beneath the National Rifle Association sticker on the guitarist/vocalist’s instrument. The vibe of the entire set was much different than I anticipated – rather than mass chaos, everyone seemed to stand there enraptured by the performance with only a few pockets of wild abandon. “Against the Grain” is my favorite UNSANE song…and as I stood there at the beginning of a daunting three week run of shows and writing about them, I let that song permeate me and knew that this was going to be a good run. Closing with a Flipper cover of “Ha Ha Ha” – perfect for a band called UNSANE – demented cackles finished their show. 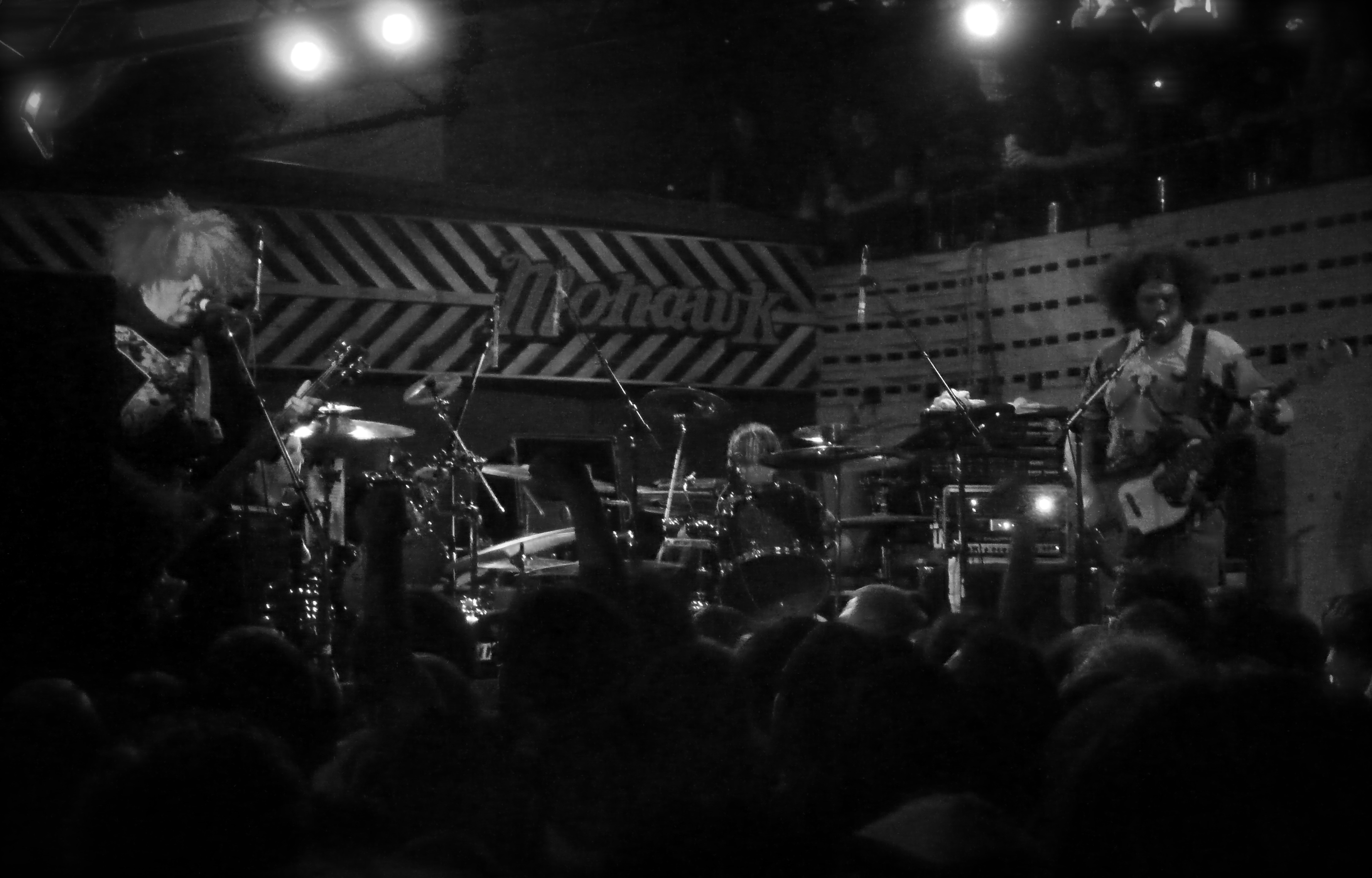 The place was packed for Melvins. Nowadays, Melvins perform as a four piece with two drummers, and thus end up looking like a musical Rorschach ink blot, flanked by aged versions of Sideshow Bob. I can barely see them on stage at this point; the back of the floor of the Mohawk is not ideal for watching. So I’m listening mostly, and as I inhale all the second hand smoke I am soaked in how trippy Melvins sound. There’s that slight echo, and a cotton in your ears effect. The guitars rattle your insides, and the drums rhythmically put you in a trance. This is probably the most contemporary band that influenced ‘my’ bands; beyond Nirvana, they are a huge part of Tool and Mastodon DNA. And I can hear it tonight in the sometimes messy, sometimes complex, always weird sounds that emanate from the stage.

About halfway through the set I experienced something that is luckily a rarity for me these days, a stomach ache that comes out of nowhere like someone punched me in the gut. It wouldn’t leave me alone for the rest of the set; so I stood there and literally felt like the music. When I was that 13 year old Nirvana freak, my friends used to call me Buffy (as in the vampire slayer) because I used to get these before something bad would happen (I also got mistaken for Sarah Michelle Gellar from about age 8-22). Kurt Cobain suffered from an undiagnosed stomach condition, too. I really hope something bad isn’t about to happen, because I don’t know how much more I can handle.