I’ve already got a piece up on GRAMMY.com about this…but it had to be edited down and there was just too much to say about this weekend. So here’s more.

1. Traveling to Atlantic City takes too long for people who live in most of the world. Also, Atlantic City is evil, and not in the good sense.
2. I think it’s incredibly odd that there were non-stop thunderstorms until a few hours before the fest began, and then it started again less than an hour after it ended. Someone sold their soul for that….perhaps it was me.
3. AT&T has the worst phone service of all time.
4. I am admittedly not a huge Metallica fan, especially in comparison to everyone there, but this was a pretty cool event for it’s first year. They’re not the first to do something like this (Lollapalooza / Perry Farrell), but this was much more heavy handed in the sense that it was definitely a Metallica event. And you could tell each member was having a lot of fun with it.
5. A+ on length of lines for getting wristbands, going through security and being in food/beverage lines. The worst lines were for Kirk’s Crypt and the Metallica Museum…but no one seemed to mind that.
6. D on communicating what you could do with certain wristbands- I didn’t know I could watch from the inner circle of the main stage until the second night. Also, anyone could go in the inner circle until 5pm….poor Baroness ended up with the biggest barricade gap of all time because no one knew that.
7. Food vendors were different everywhere…it wasn’t until the end of the second day that I found the healthier options.
8. Cut from my GRAMMY piece: There was always a long line for Kirk’s Crypt, but it was worth the wait. The excitement of getting under some shade was quickly interrupted by a zombie photo opp. After being able to walk through and check out some of Hammet’s personal collection of monster movie posters, memorabilia, and guitars, we stumbled upon Linda Blair giving a talk about the ongoing fandom of The Exorcist. Then we got another photo opp in an electric chair. Ride the Lightning!
9. Also cut from GRAMMY piece: Some of the coolest hot rods I’ve ever seen were featured under the Hetfield curated Custom Car & Motorcycle area. From Dragula to a copper chopper, this area offered a drool worthy deconstruction of one of my favorite things: fast cars and loud music!
10. I’m not sure I’ve had to deal with so many douchebag guys in 48 hours as I did on this trip. By the end of it I was literally running away from any guy I didn’t already know that tried to talk to me like a traumatized puppy. Guys, if you want to talk to a girl at a metal festival, do not touch her, ask why she is alone, ask what she is doing later, and especially ask if they can touch her ass (I’m serious). You know what works? Hi, I’m so and so, let’s have a real adult conversation.
11. APTBS->GHOST->LANDMINE->ERIC CHURCH->METALLICA : never though it’d happen, never gonna happen again.
12. AT&T has the worst phone service of all time.
13. Metallica are cool to their fans. They put on a great show and it was fun to be in such a huge crowd for it, even if I complained a lot the first night being far back.
14. Festivals are way more about partying and hanging out with your friends than the music…even though I walk away from this with a generally good experience and funny memories, I’m unsure I’d put myself through it again. It’s a really taxing experience.
15. The set lengths were nice and long, and the stages were just the right distance from eachother.
16. Atlantic City is gross.
17. AT&T has the worst phone service of all time. Seriously, put a temp tower at festivals and charging stations so people can share the experience…that’s what it’s about these days.
18. OK, the “Enter Sandman” call and response speech, I can’t take seriously. “Metallica (Metallica) Family (Family) I feel you (I feel you) Can you feel me? (Can you feel me?)” I couldn’t stop laughing.
19. Wearing a silly fanny pack instead of a bag for this was one of the best decisions I’ve made in a while.
20. Things that happen at festivals that you don’t really get in small venue shows: Grateful Dead bear handbanging in the crowd, Jack Sparrow and Batman watching sets, a blow up doll, I signed a guy’s boob (pierced, at that), and I ate a veggie corndog.
21. There ain’t no afterparty like an Orion Fest afterparty cuz an Orion Fest afterparty had really bad music.
22. I have cool friends.

Watching Metallica play those two albums was awesome…but being totally honest I only traveled to this for the openers. And it was really cool to see bands I’ve been cheerleading for years take the big stage and show the metal masses what this gen has got. We can all sit here and talk about how Metallica did it first, etc., etc…..but who’s gonna do it next? 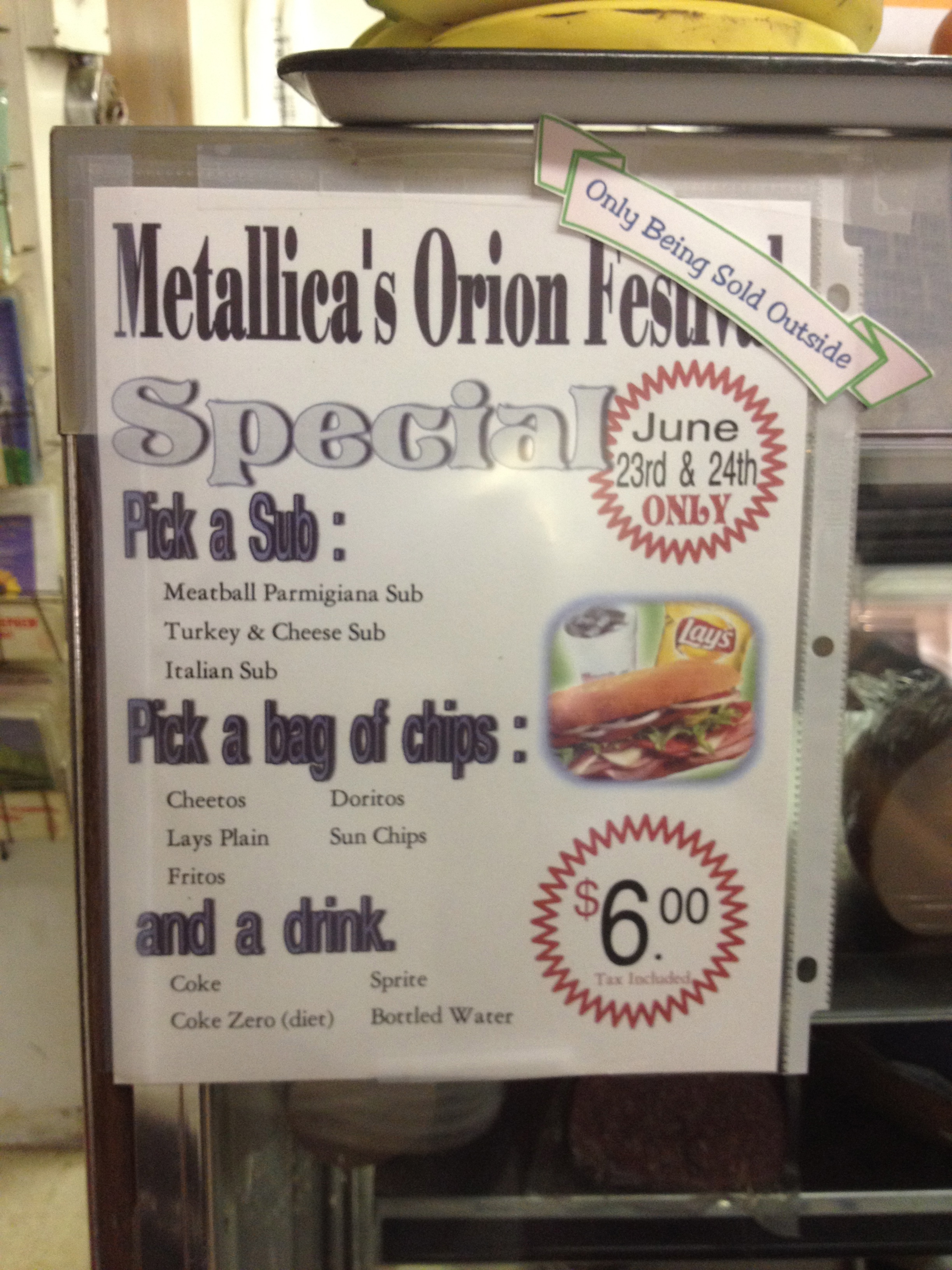 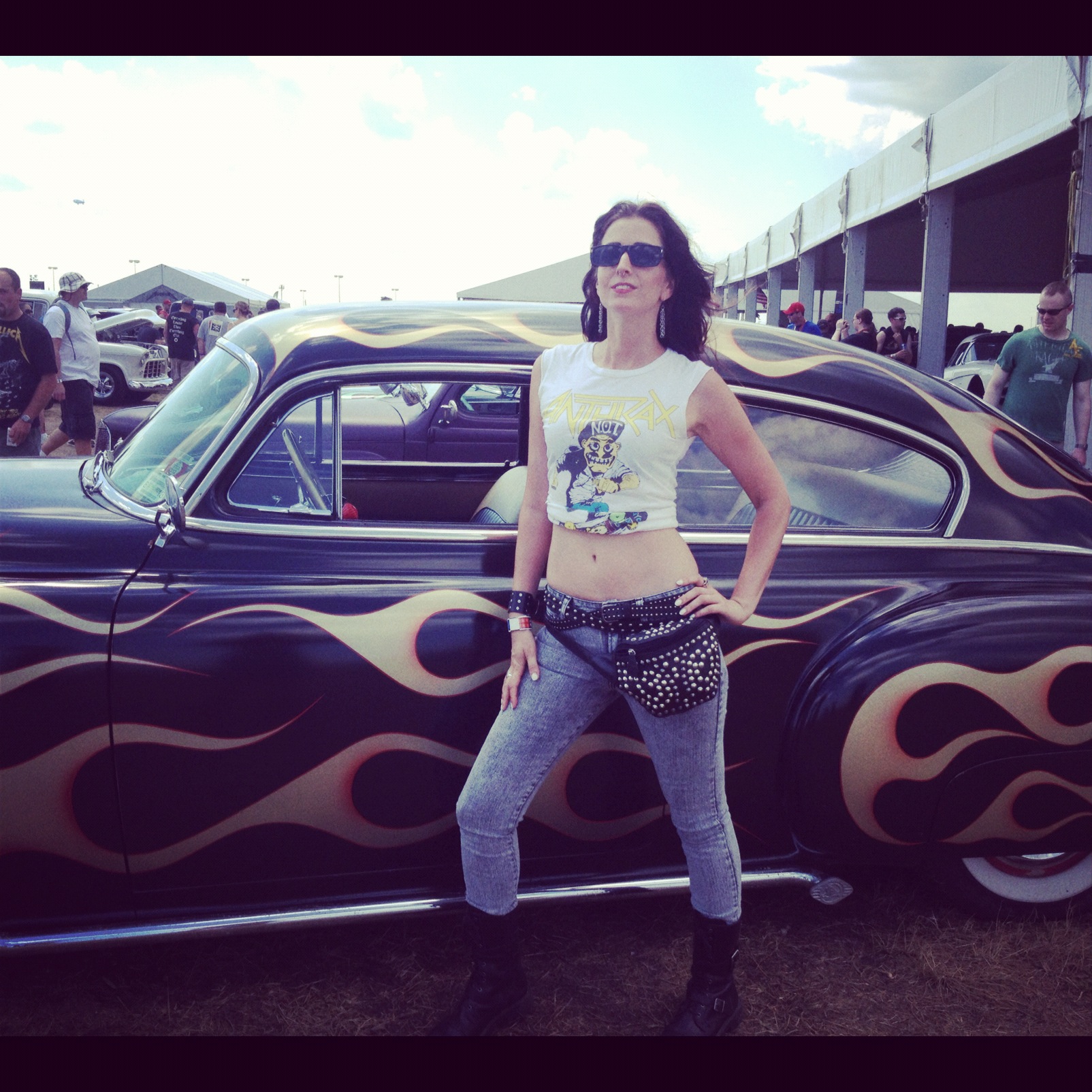 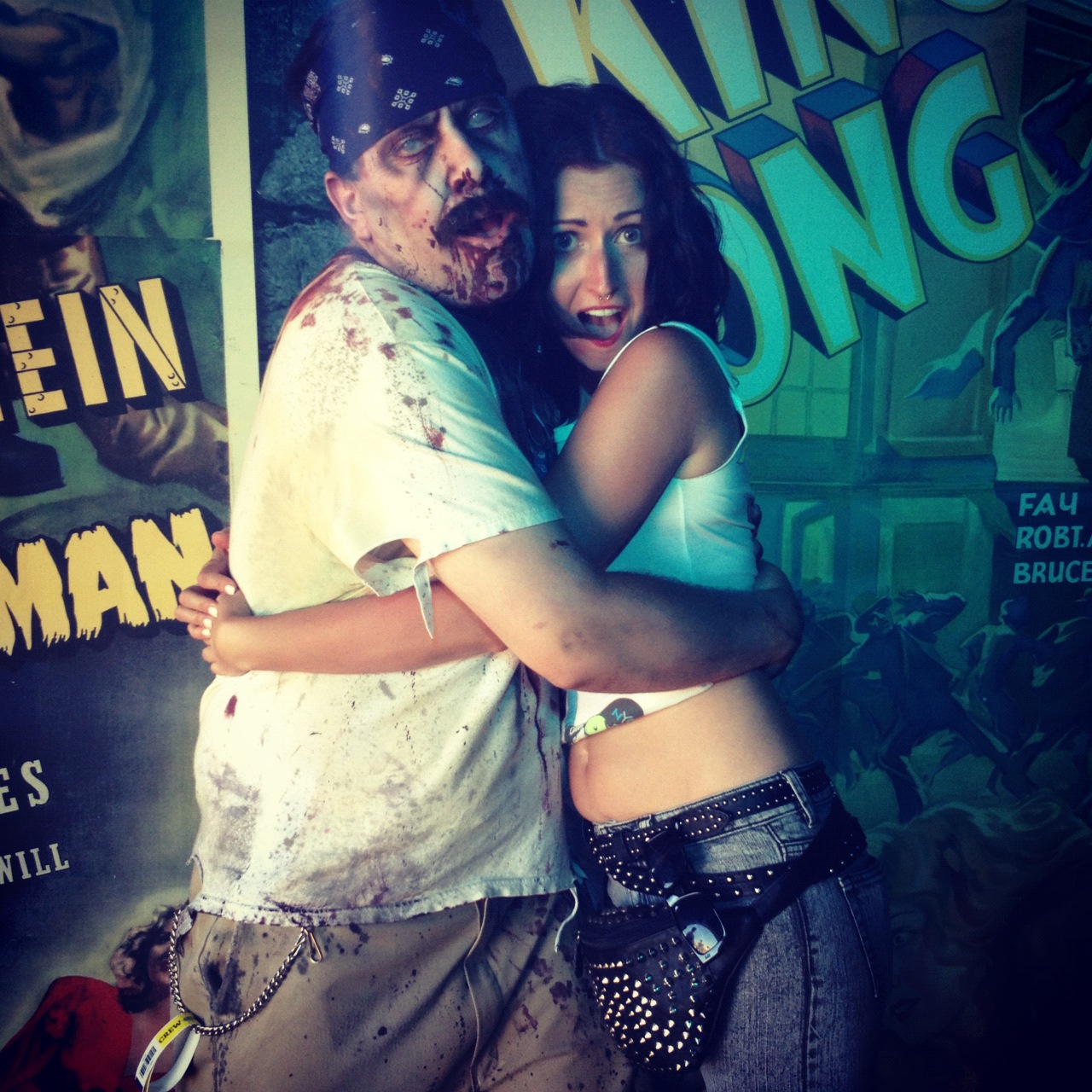 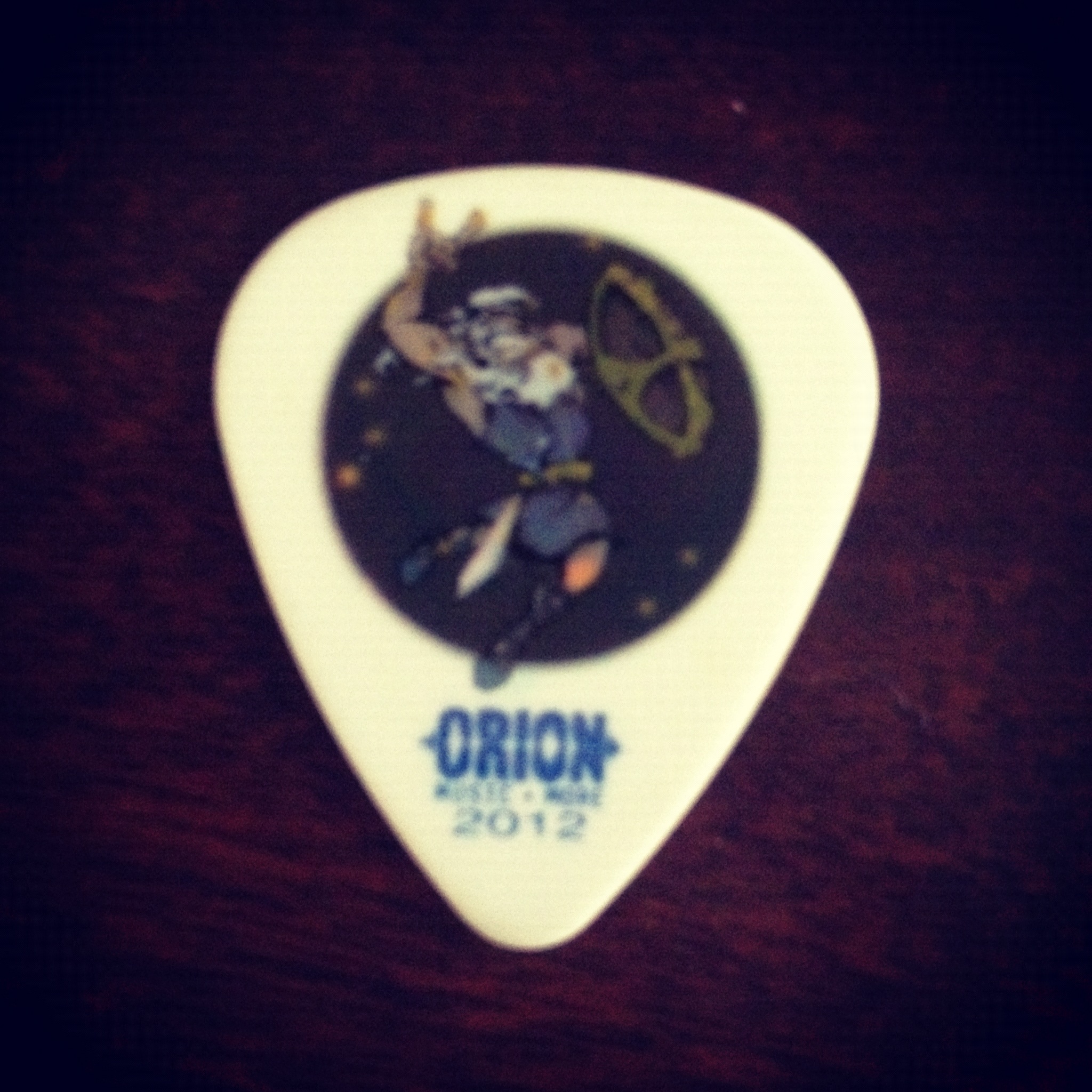 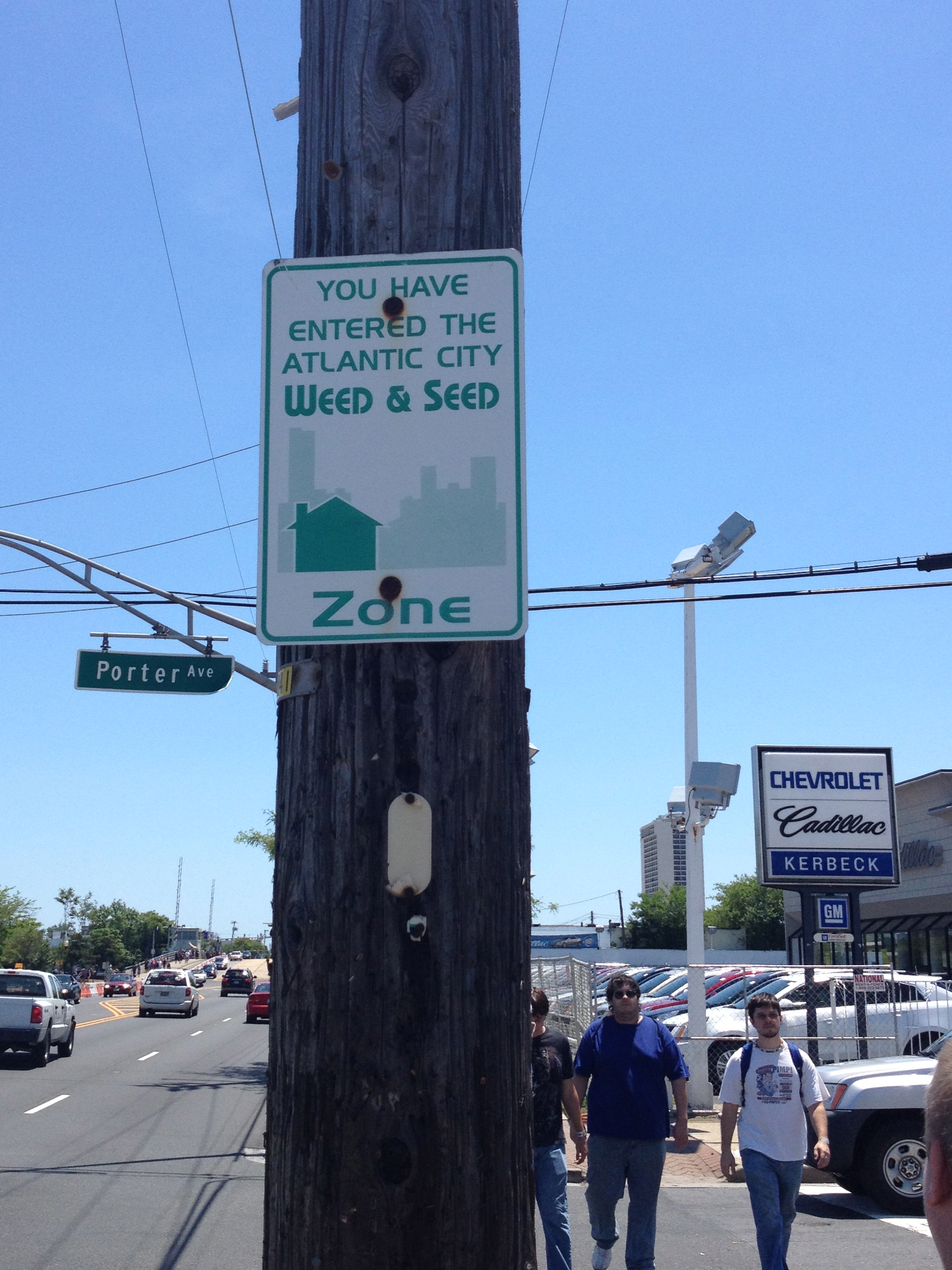