~The Octopus Has No Friends, Mastodon

Six days after seeing this tour in Texas, I woke up excited to do it all over again. There’s something about the possibility that exists in the morning when I’m in LA that brings an extra spring in my step when I’m there. And the day would prove to be perfect…..walk on the beach…visit to an art gallery filled with artwork inspired by one of my favorite films….early sushi dinner. Sounds pretty bourgy, right? WRONG!

OK, so maybe just a little…and that continued as we pulled in backstage at the Gibson Amphitheater. This is by far my favorite venue for bigger shows; it’s just set up really well. Instead of mingling in the star-studded VIP bar, we snuck into the venue as the security debrief was going on and waited to grab a spot front and center. 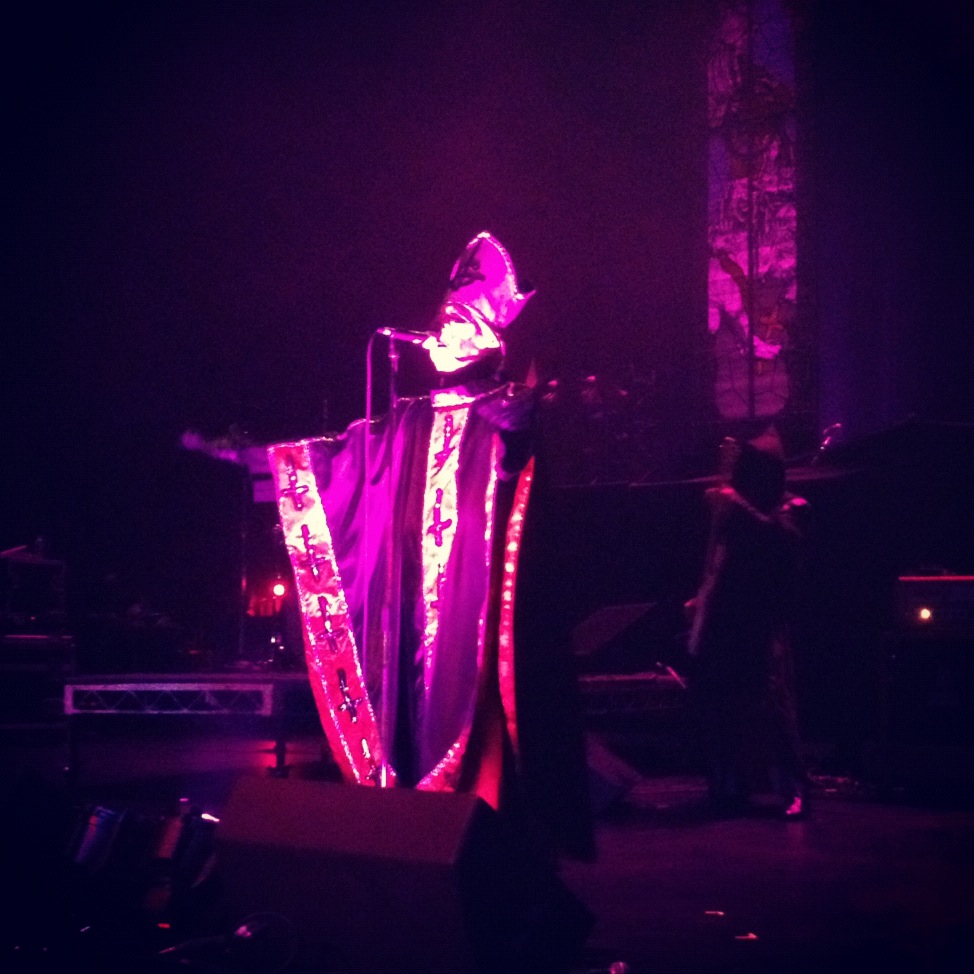 I was excited to see this show on the big stage, especially Ghost. With their full tapestries adorning the back of the stage, “Masked Ball” began and as Ghost emerged it felt like a Satanic superchurch. Directly in front of the lead Ghoul-tarist, I let them lead me on the journey that their album has every time I put it on. The music and lyrics at odds with each other, I sing along not really realizing what I’m saying at times. The entire experience is cinematic; while Ghost is on stage, you can’t imagine gifting your attention to another band. They’re that entertaining and talented. When Papa Emeritus referred to the city as “Tinseltown”, I’m reminded of the glint of humor that makes Ghost even more lovable; they don’t take themselves too seriously. But seriously enough to not reveal their identities except to those who actively delve into internet sleuthing. I’m very interested to see what happens to Ghost; the next album will prove whether or not they are a fad band. But I have faith, Papa, that it will be the epitome of darkness. 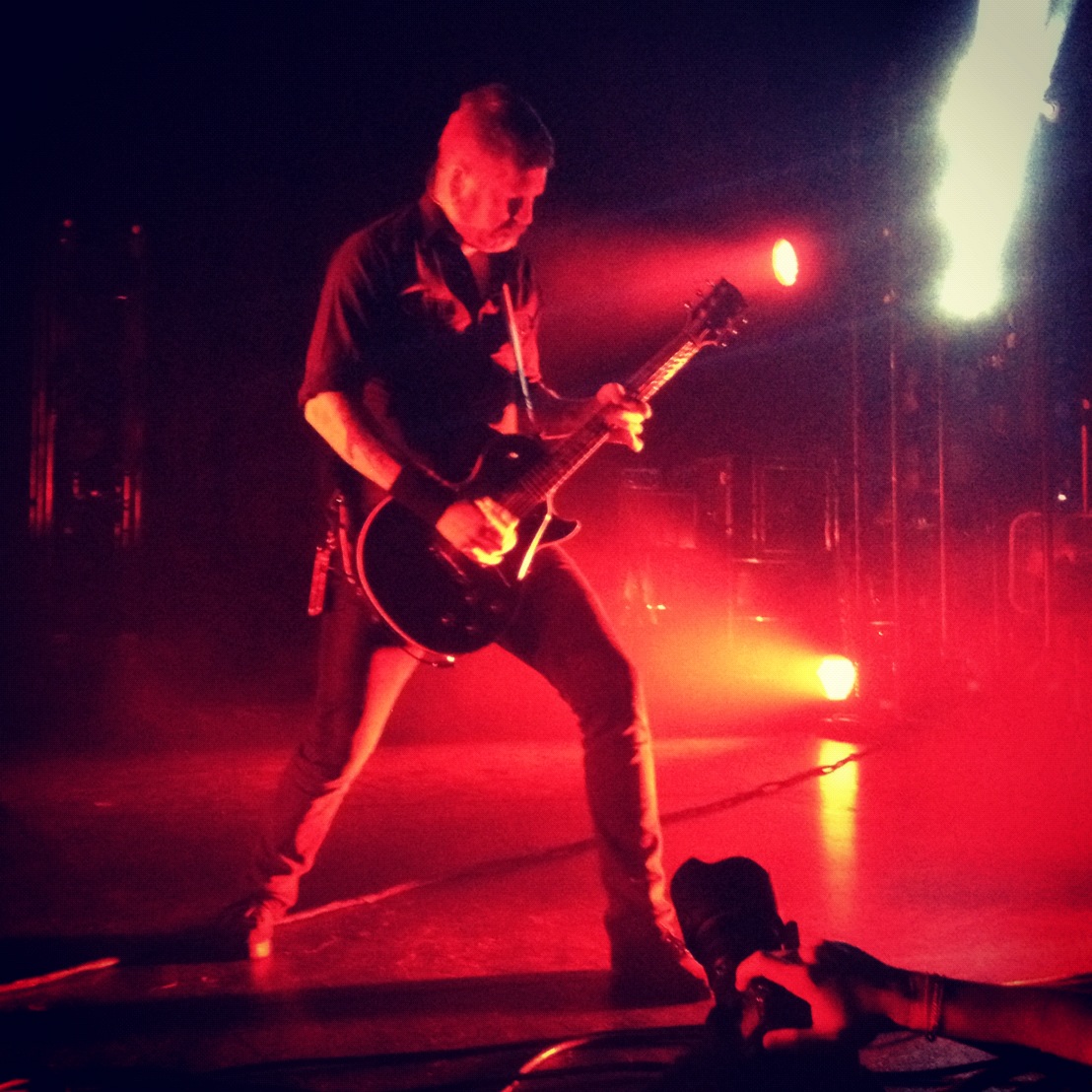 I’m pretty sure at this point that Mastodon thinks I’m some kind of crazy stalker girl. Hmm…what else can I say about them? I enjoyed this set much more that the San Antonio one- I’ve come to realize that the bigger the crowd, the better they do. I’m over the hump with The Hunter, I catch myself singing along to songs I never thought I would now. It’s weird for me to see Mastodon after Ghost; I love them both but for such different reasons and from different parts of me. While Ghost is a journey of fantasy, Mastodon is more of a trip through my realities. Sometimes it’s not pleasant. 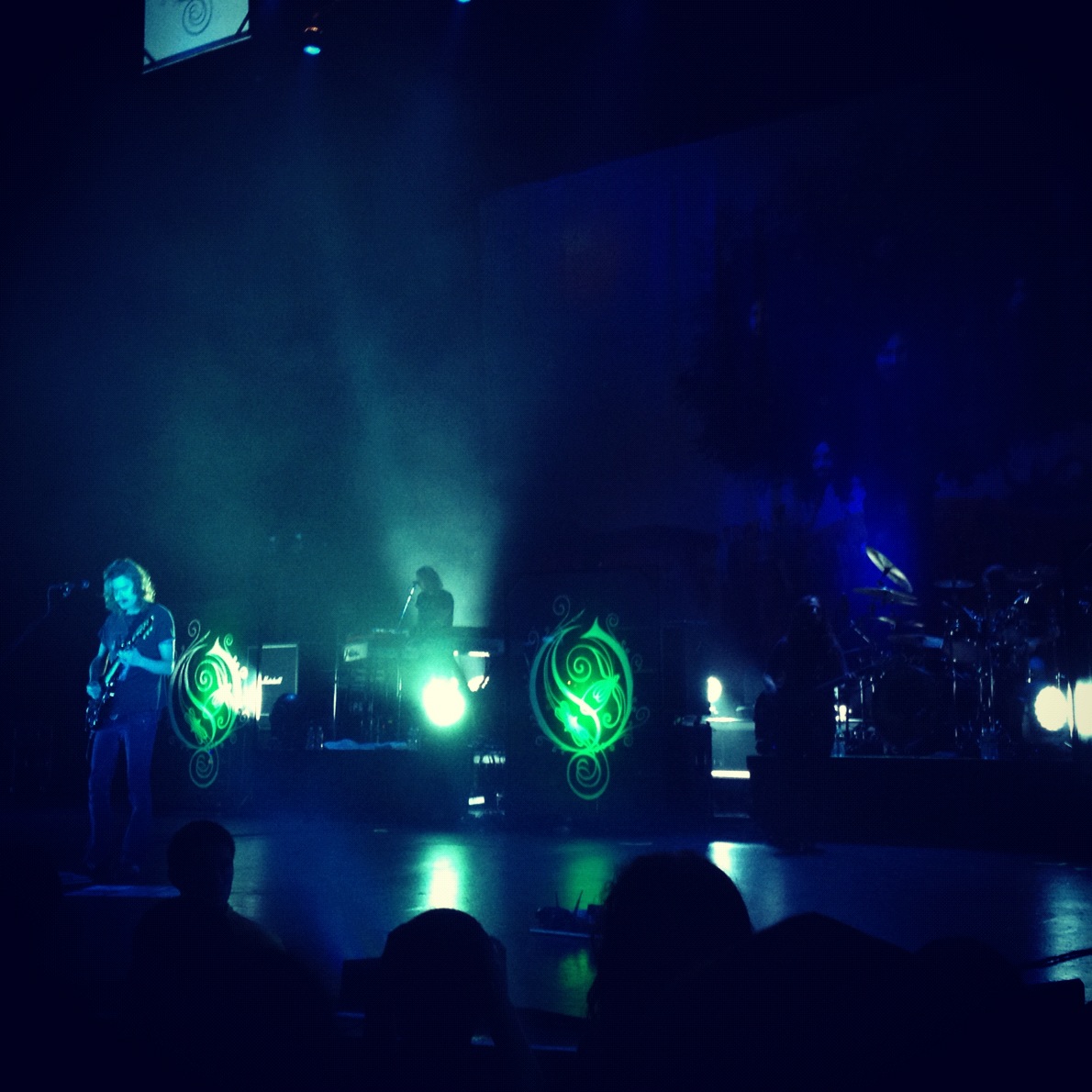 After Mastodon, I ducked out to go say hi to friends back at the VIP bar. The rock star action was INSANE back there; even though I knew several people I found myself hiding in a corner repetitively thinking that I don’t belong there. I’ve pretty much settled on the fact that I’ll never feel like I fit in at these things. Regardless, people watching and catching up took priority over the first part of Opeth’s set, but I found myself back in there to enjoy “Windowpane” onward. Once again, Mikael Akerfeldt had the crowd in stitches, describing himself as feeling “vomity” after being in Las Vegas the night before. “Demon of the Fall” into “The Grand Conjuration” was a strong finish, strong enough to entice me to try to use my feminine wiles to attempt to sneak my friend backstage. Of course it didn’t work.

But that was the only hitch in an otherwise perfect LA day. At the end of the evening, as I drove the Challenger south, I finally made that big decision.

Conquer All: Behemoth, Watain, The Devil's Blood, In Solitude, Ides of Gemini @ House of Blues Sunset, 4/25/12