Superdoom: Bereft, Before the Eyewall @ the handbag factory, 9/30/11

Today was the first day of the rest of my life.

It was the day I left behind the corporate world to fully actualize my creative side. The day where I would trade POs and contracts and presentations and videoconferences for coffee shop sit ins and favors for favors and earplugs and pouring my heart out on the computer screen. Here begins the days where I can go to a show every night, I can write whenever I feel like it, and I can hit the road with a band if the opportunity arises.

What better way to celebrate that than with a night of doom metal.

The Handbag Factory is basically someone’s old house in downtown LA. It’s conveniently located across the street from a hospital, but inconveniently located far away from everything else. A trip upstairs and a donation in the jar revealed that the sound was incredibly loud, thus we embarked on Mission: Earplugs. 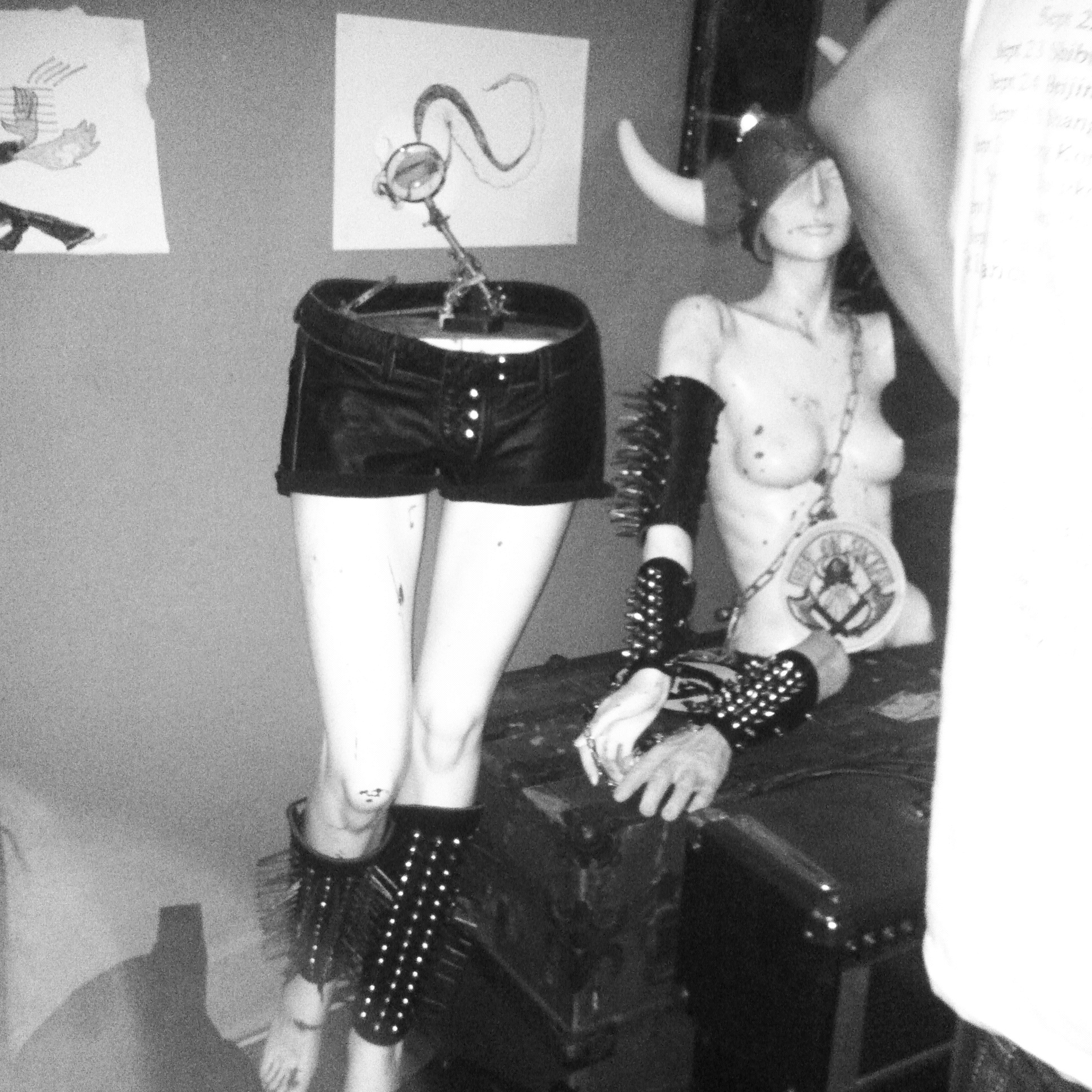 There was one bodega within walking distance that didn’t have anything, so we had to hop in the car and drive to a more inhabited area. Long story short, the harassment endured on this mission from downtown dwellers far outweighed the pain of music that’s too loud…thus we went back to the ‘venue’ empty handed….only to find out that there were earplugs right there in a jar on a ‘merch table’. D’oh!

There were several interesting art pieces on display around the space, as well as a ‘bar’ that poured stiff drinks of indiscriminate quality alcohol. That was when we discovered the gem of the Handbag Factory…the roof.

You walk to an open window, step through it, and suddenly you have an amazing view of downtown LA. So there we all were, drinking out of Styrofoam cups and smoking on a rooftop…just like a high school house party.

We ventured back inside for Before the Eyewall, who sounded like a heavier version of Pelican. We had walked into the ‘venue’ with a little person wearing a suit…no joke….and he grabbed the mic at first, so I thought he was fronting the band! Instead he watched on with us. We sat on a plastic tub and zoned out to dark places as they played.

The scene became more and more like a high school party as there were couples making out in the corners and guys eyeing us now that they had liquid courage. It took approximately 20 minutes to wait in line for the restroom; you had to plan it out between sets! 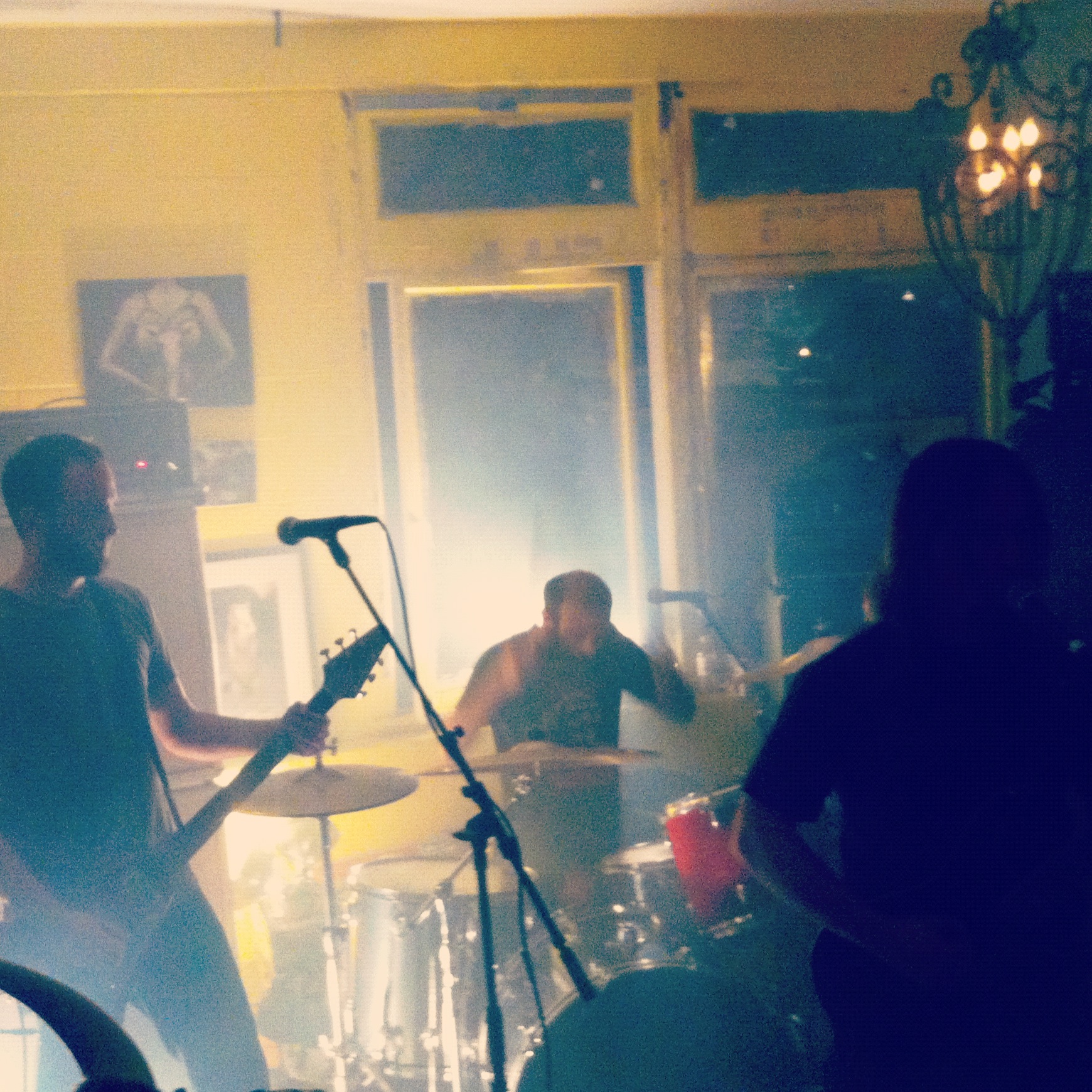 The evening ended with Bereft, who were playing their first show ever. Bereft is a doom supergroup comprised of members and former members of Abysmal Dawn, Intronaut, The Faceless, and National Sunday Law. As they began their set, someone stated to keep an eye out for a homeless dude walking around with a nice guitar and an iPod…turns out that earlier in the evening, someone stole Charles Elliott’s guitar, iPod, and a bunch of other stuff from the ‘venue’. If there’s anything to fuel doom, it’s the feeling of having something you value taken from you.

In the confines of this high school house party, you could tell this was a band who’s sound was not meant for these walls. You could hear the imprint of each member’s individual bands: the weight of AD, the melancholy guitar parts of Intronaut, some progressive elements of The Faceless. It was like putting sounds in a blender and hitting pulse with the lid off. My only complaint was that I could not hear any vocals whatsoever.

It was past 1am, and we left gritty DTLA for the lights of Hollywood, where a stop for sustenance turned into a revisit of ghosts of HRC’s past.