I recently watched the Metal Evolution series. I’m a huge fan of Sam Dunn’s anthropological lens that he brings to music, which is in line with how I like to think about things. I watched him uncomfortably learn about some genres he wasn’t super into – glam, nu-metal- and thought about what subgenres of metal I have never gotten into for one reason or another. For me, that is power metal.

The vocals in power metal have often been like sandpaper on my skin. You’d revoke my metal card if I named names of vocalists and/or bands that I’ve just never been able to listen to. But this aversion was cemented two decades ago; when my grunge-loving eyes looked at this genre of metal as cheesy, over-produced, and superfluously theatrical. I’ve tried reintroducing it into my life over the years, and I’ve never been able to do it. But I’m getting older, and tastes change… 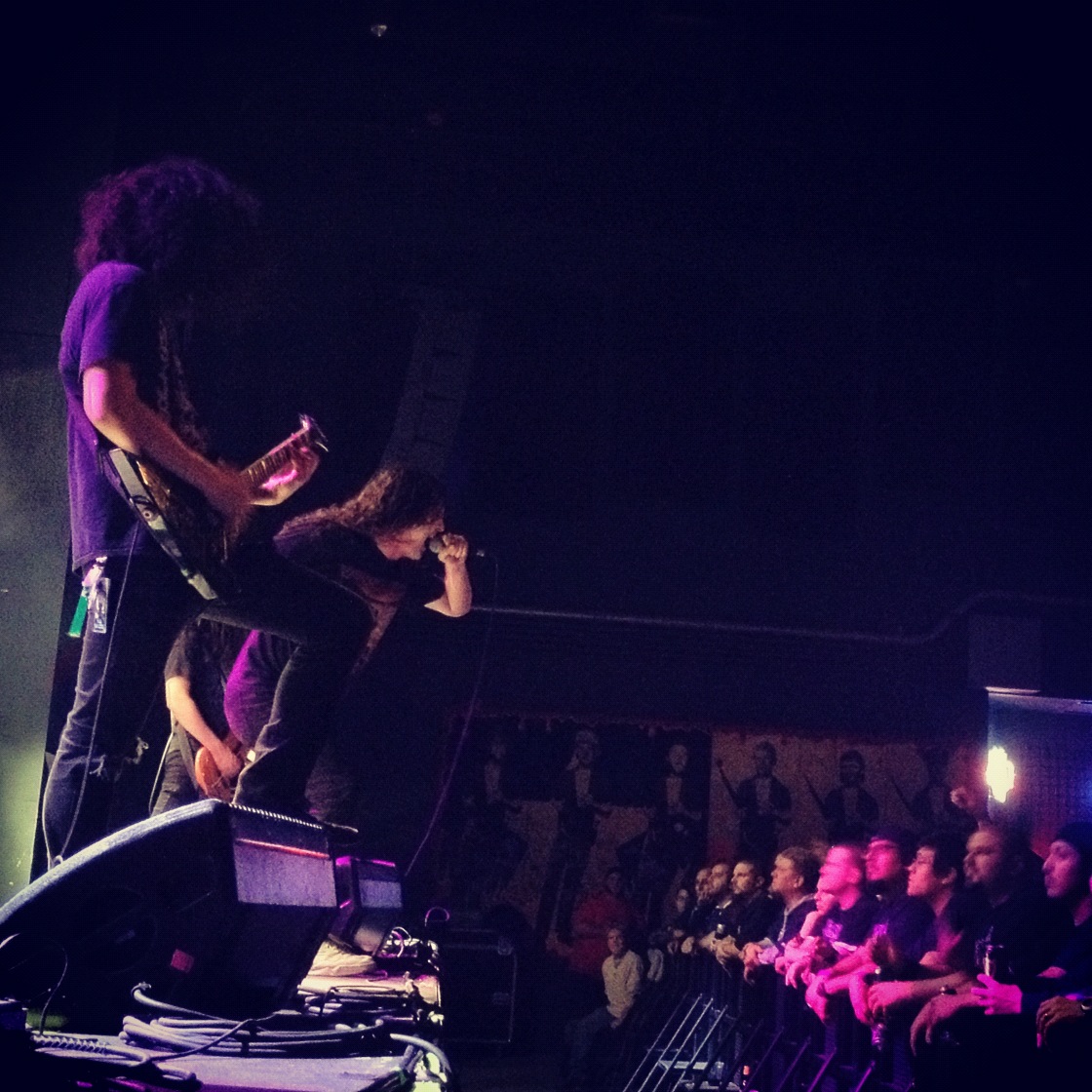 So I found myself standing at the corner of the stage at this new Emo’s, awaiting two of these power metal bands. But first up would be a band I’ve been seeing for quite some time: Warbringer. I heard the guys next to me say something about “nobody knowing who the opener is”, to which I replied under my breath “well, not EVERYBODY”. John Kevill is such a great frontman- his energy and theatrics are infectious. He practically mimes every song as he screams along; the crowd was equally mesmerized and caught off guard. Overall, the band seemed mellower than in past shows, but this allowed me to focus on the new songs….which sound great! They are long, well written journeys…it’s great to see them breaking out of the re-thrash brand and do their own thing. 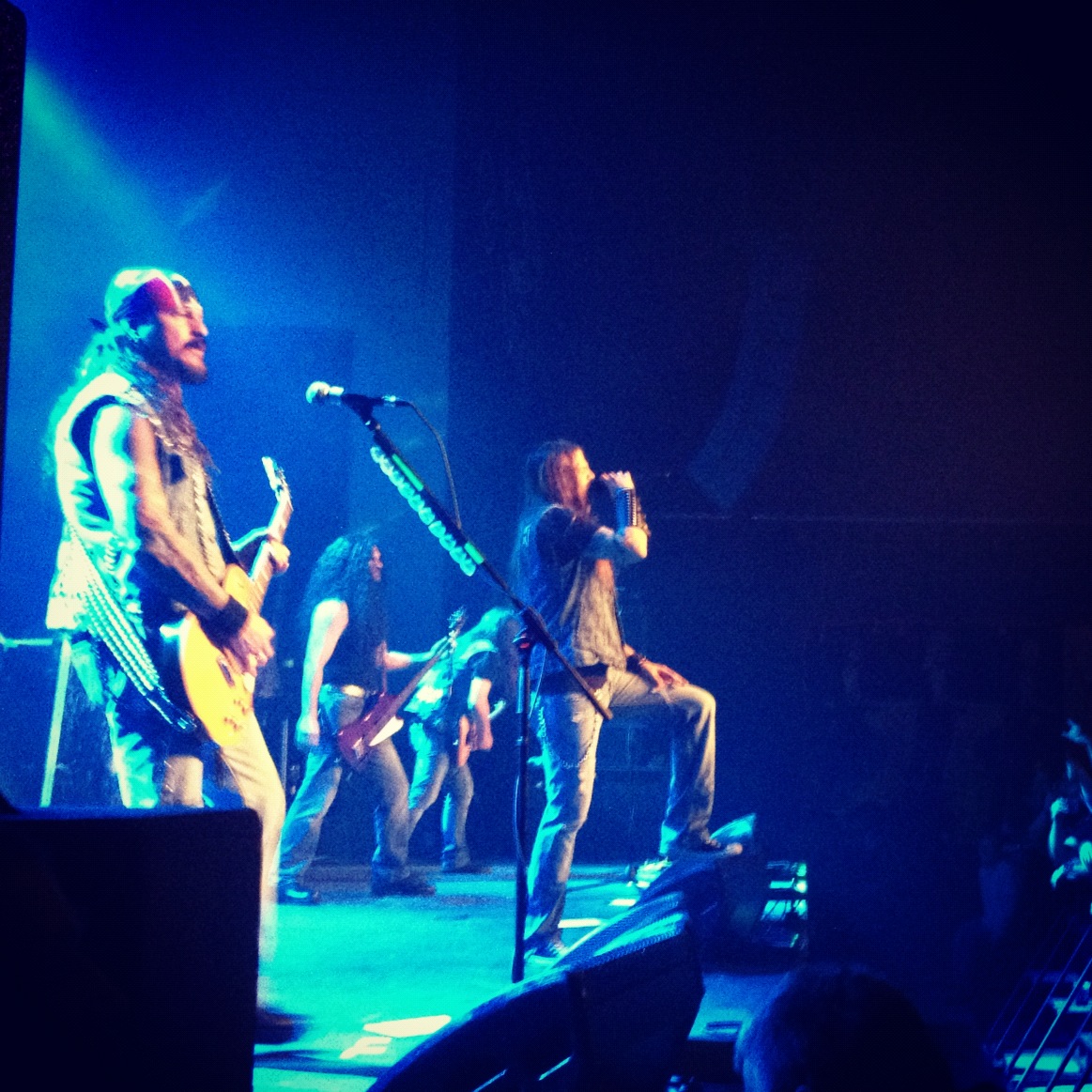 Iced Earth was one of the most surprisingly fun sets I’ve seen in a while. All in one set, they stripped down a lot of the preconceptions that had weighed down the genre for me. The performance had a very casual vibe; it wasn’t overly showy and they weren’t wearing ridiculous things. They also didn’t convey a holier than thou attitude- in fact, they seemed truly excited to be in Texas. Vocalist Stu Block broke out a line from “Deep in the Heart of Texas”, and guitarist Jon Schaffer even talked about how he has been looking at property in hopes of moving here. I spent a good deal of time watching the fans in the front row singing along to every word, absorbing their enthusiasm for this band that seemed to really love them back. As for the sound, I could definitely sense myself automatically latch onto the heavier breakdowns, the guitar work, and try to bat away some of the pompous vocals…at first. But after a while, I kind of let go of that, and started to realize that I could…wait for it…understand the lyrics! Without reading them on some site!! And I could get an extra layer of emotion from the vocals, one beyond anger and torment! Could I actually be enjoying a set by a band who’s name initially evoked some combination of imagery from my elementary school Lisa Frank folders and my mom’s Fabio emblazoned romance novel covers? Yes…yes, I could. 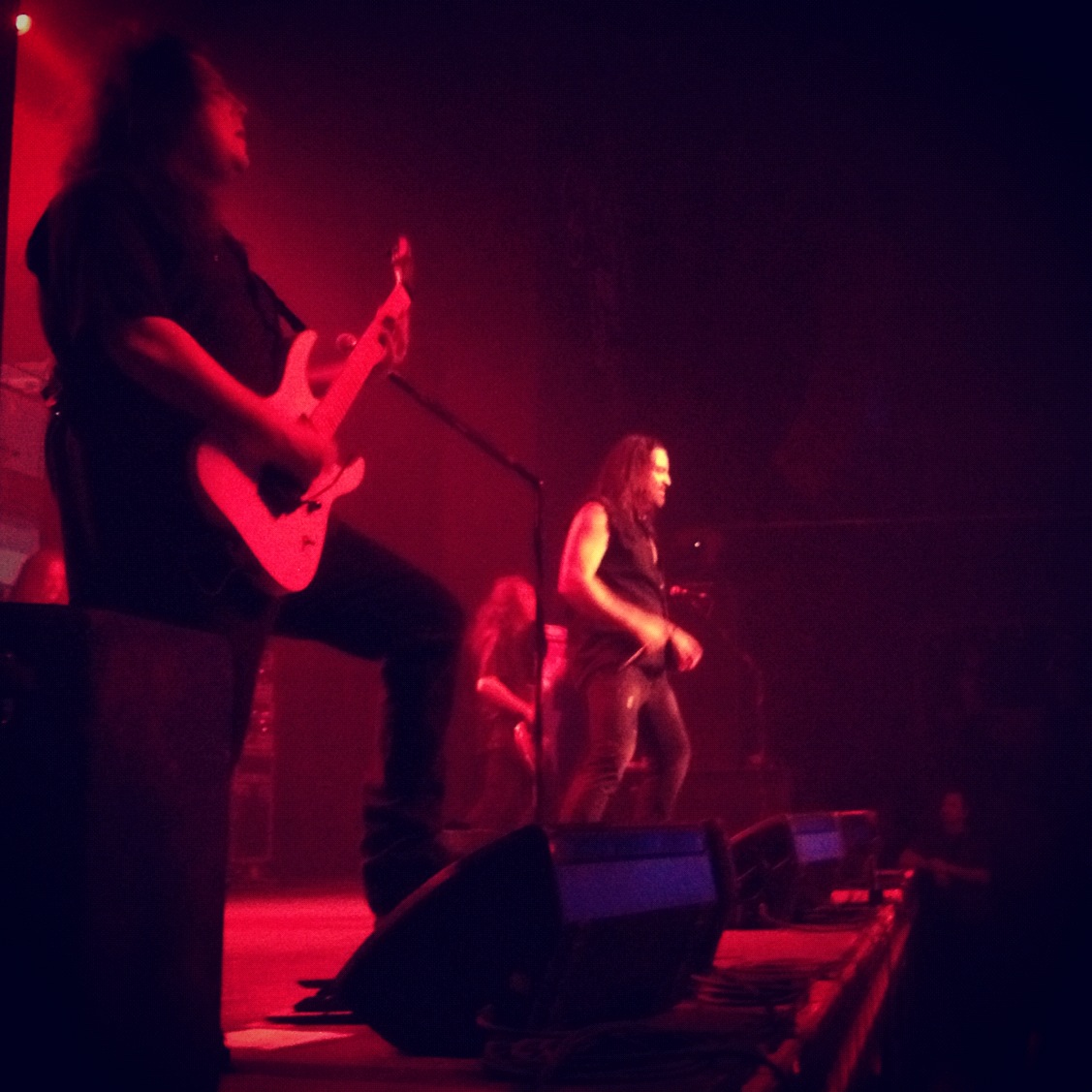 Symphony X was slightly tougher to acclimate to, but vocalist Russell Allen single-handedly made sure that every person in that room left satisfied. He was drinking something out of a glass skull with glowing eyes; perhaps it was the magic potion that made his voice soar. The front row I had been watching had may new faces, but they sang along equally as impassioned, making me wish I could feel that. I watched the guitar work of Michael Romeo; so quick and effortless and to the point; no fancy moves, just the occasional flipping of the hair. Allen made a great speech about the state of the industry and supporting live music; he also told us that they had been playing baseball in a parking lot until 5am. They felt like relatable people. I’m standing there, listening to the lyrics and thinking about everything being so positive and strong, it actually began to warm my cold, black heart.

As I left Emo’s, I felt one step closer to understanding the power of power metal.