It was exactly one year ago to the day that I interviewed Evile in San Francisco. And somehow I now found myself in Kettering, England sitting in Parlour Studios with Russ Russell and Ol Drake, as they were in the final stages of finishing up Evile album #3.

Between that interview and that studio moment were four Evile shows and what has grown to be a great friendship. I was beyond excited when I was invited to take an hour train ride from London to go hang out in Kettering.

The first order of business when I got to the studio was to lay down some guest vocals for a track they are doing that revolves around kittens, rainbows, and gnomes: 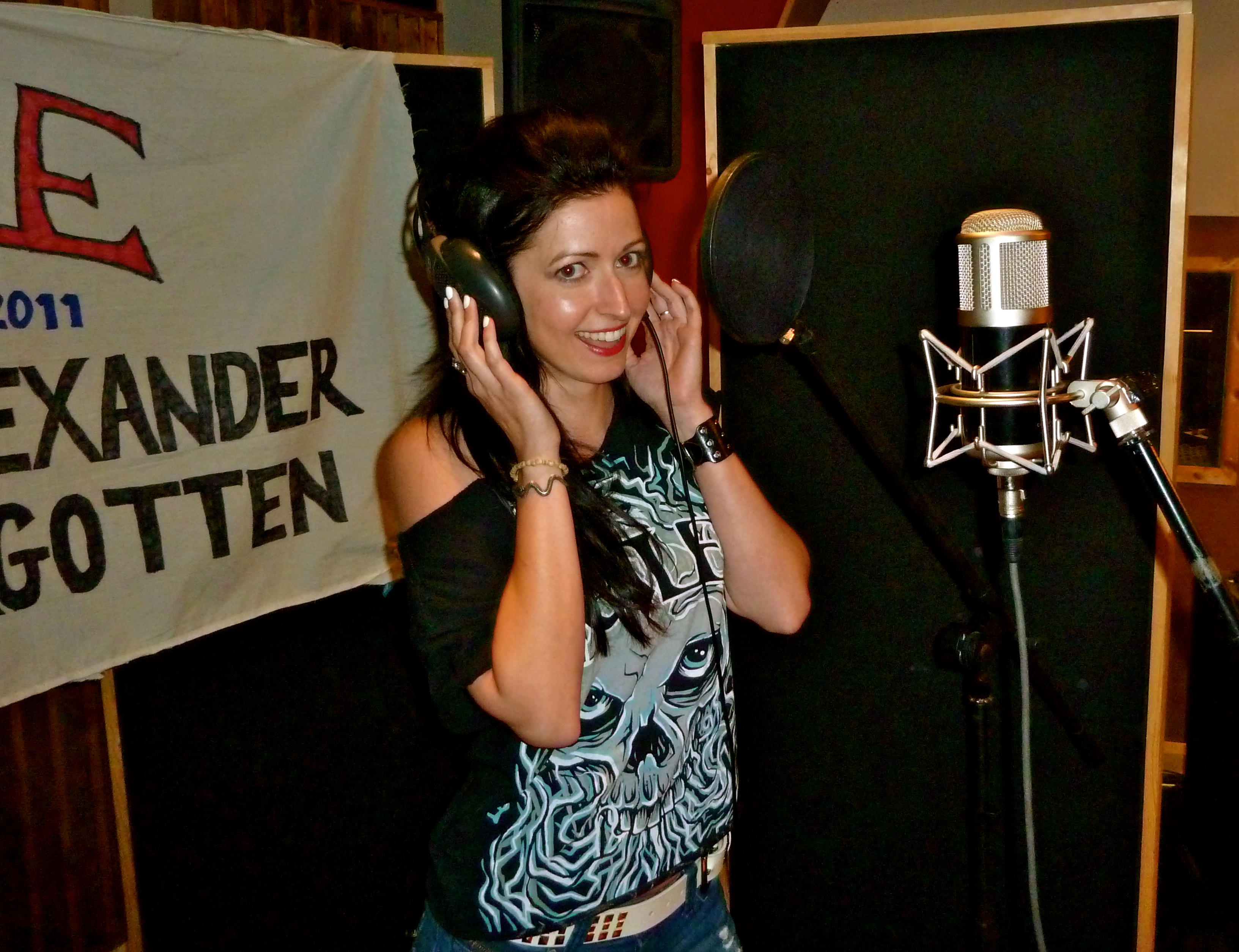 Then I got to mix it so that it would sound extra bad-ass! 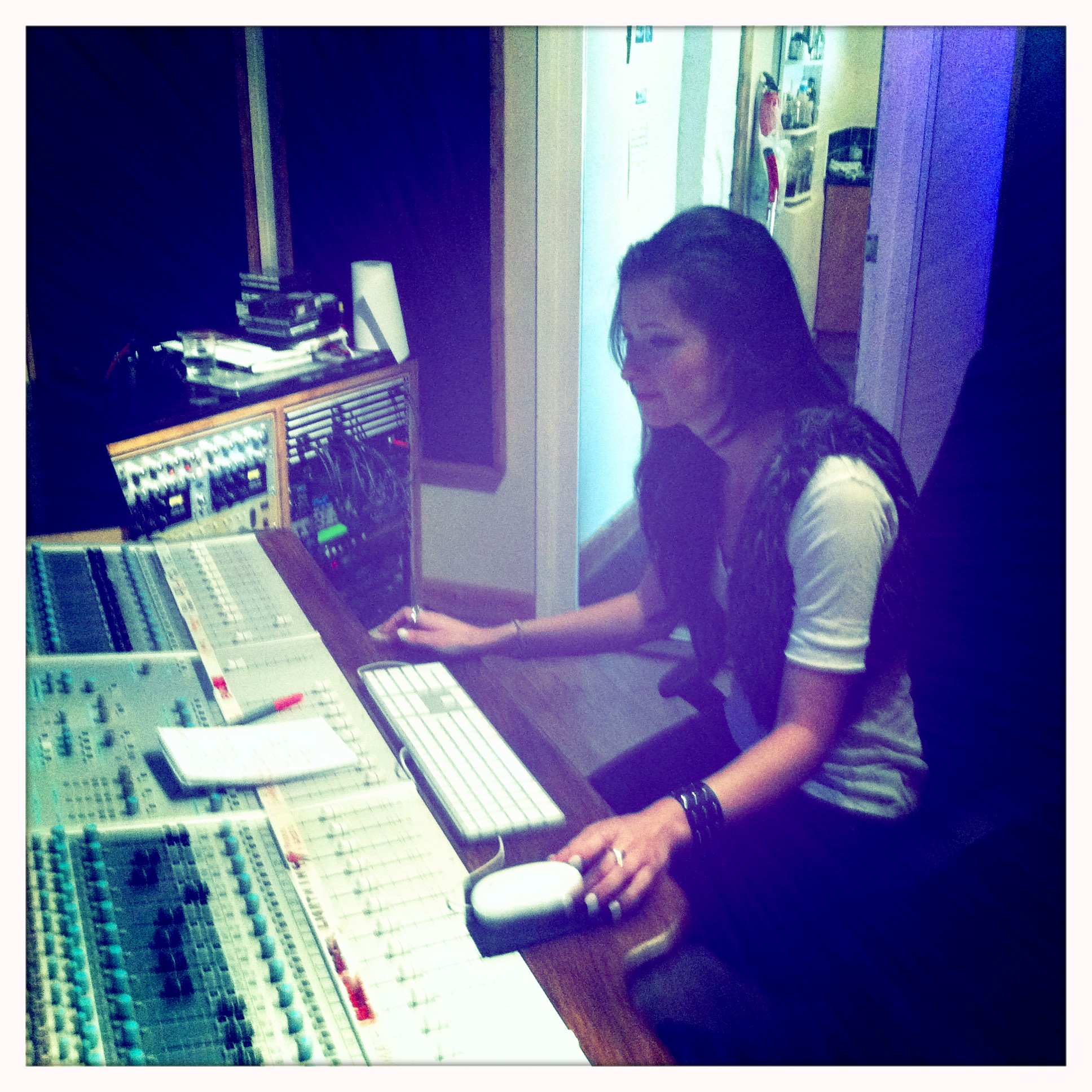 OK, obviously that is all a joke. But in all seriousness, over the course of the two days I was there, I got to hear three new songs…..three very [insert traditional metal vocab here but seriously mean it] songs. One in particular will give you chills when you finally have the privilege of hearing it, for both what it sounds like and the story behind it. It’s great when a band is able to evolve their sound without losing their core, and from what I’ve heard they’ve really done that with this album. 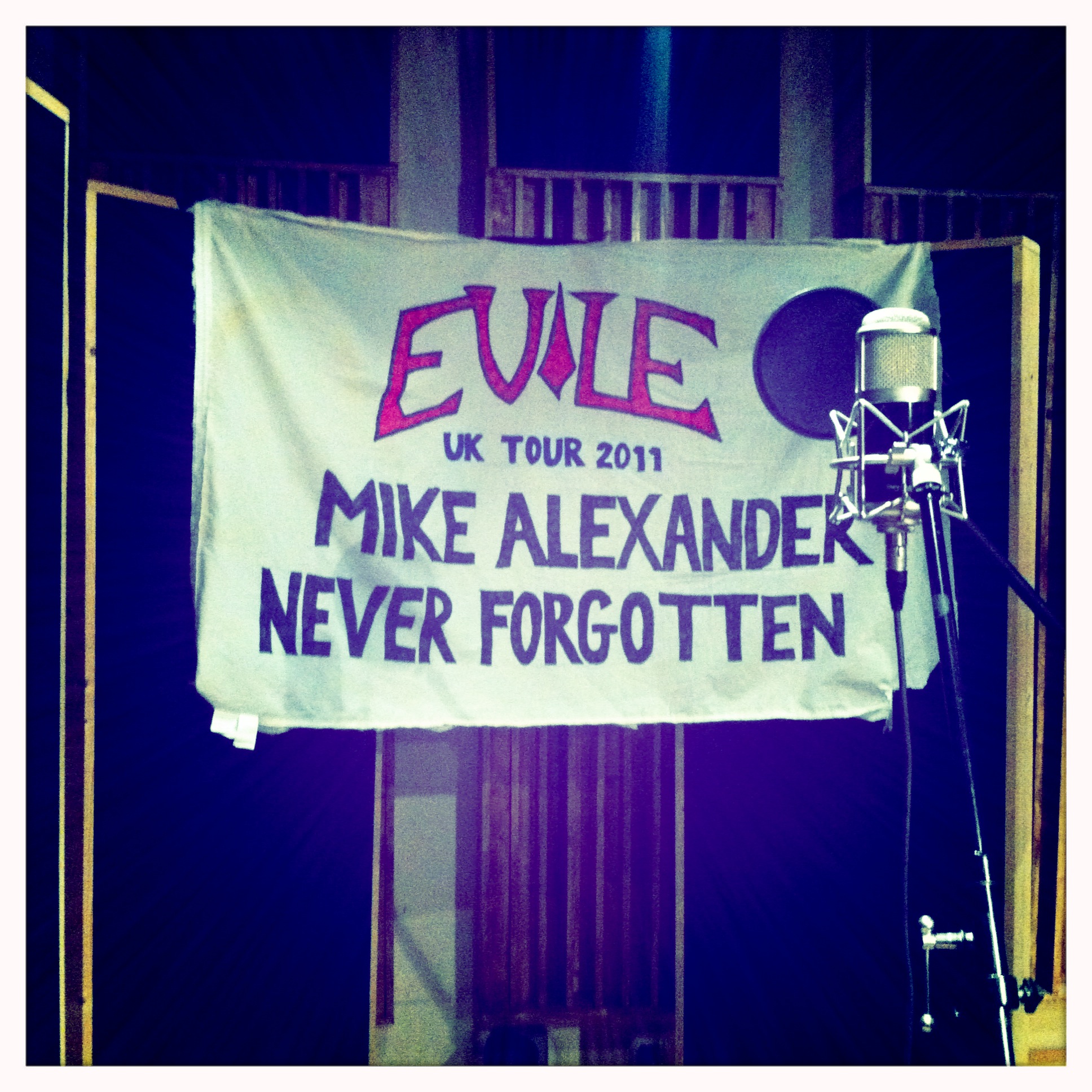 Luckily they were in between shipments of JÃ¤germeister, which means Ol & I substituted Jack & Cokes, starting at 11am, stopping only to go eat a couple times, go bowling (to WHAM!….NOTHING MAKING ME ANGRIER THAN WHAM!), and at one point I made him accompany me to go through a little metamorphosis of my own. 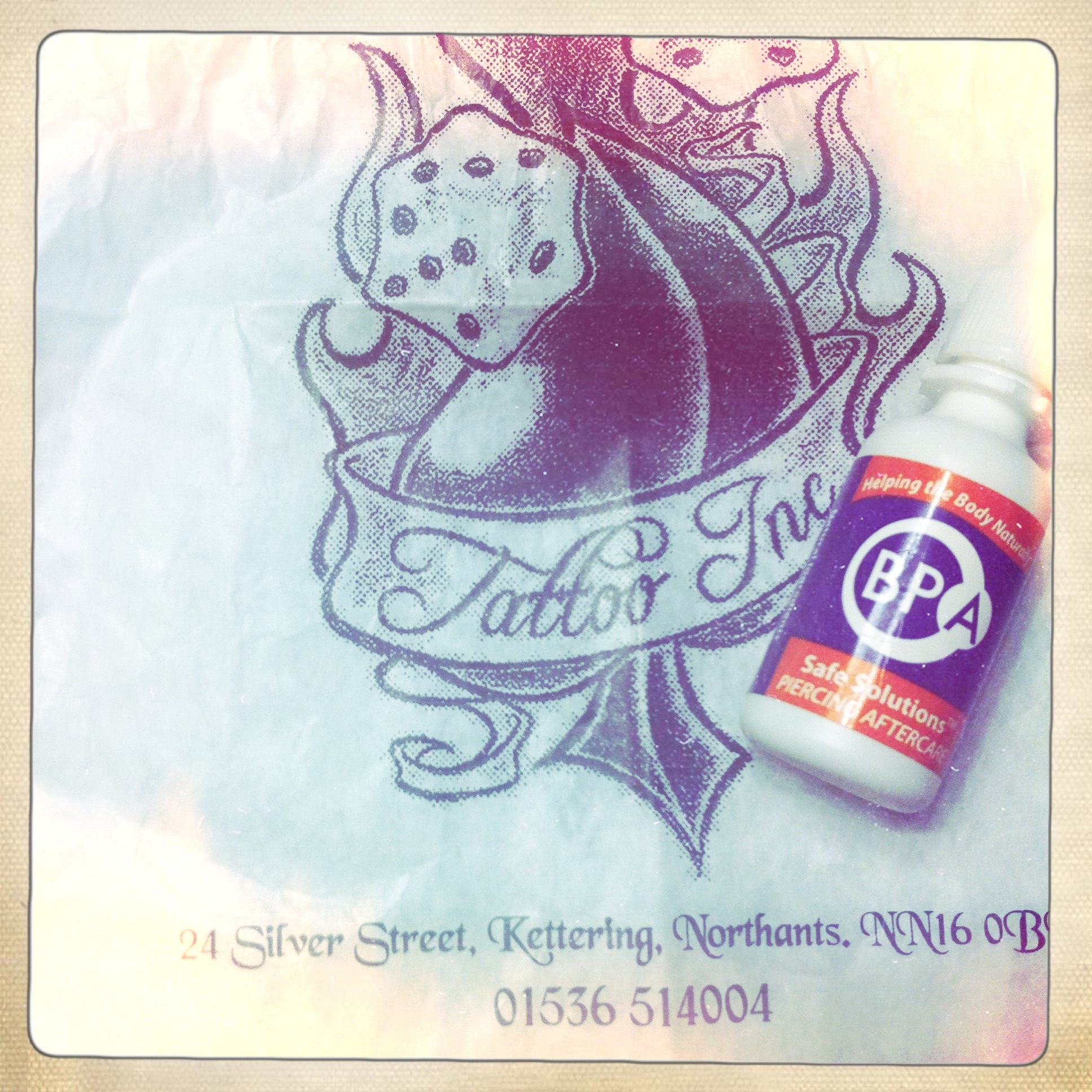 One of Kettering’s hot spots (heehee) is a place called Harvester (of Sorrow!), and when the band wasn’t at the studio you could find them there. I thought it an interesting synchronicity that this place down the street from the studio not only seemingly referenced a song by the band that has most influenced Evile, but also served as a metaphor for what they were doing in the studio; harvesting their best work yet. 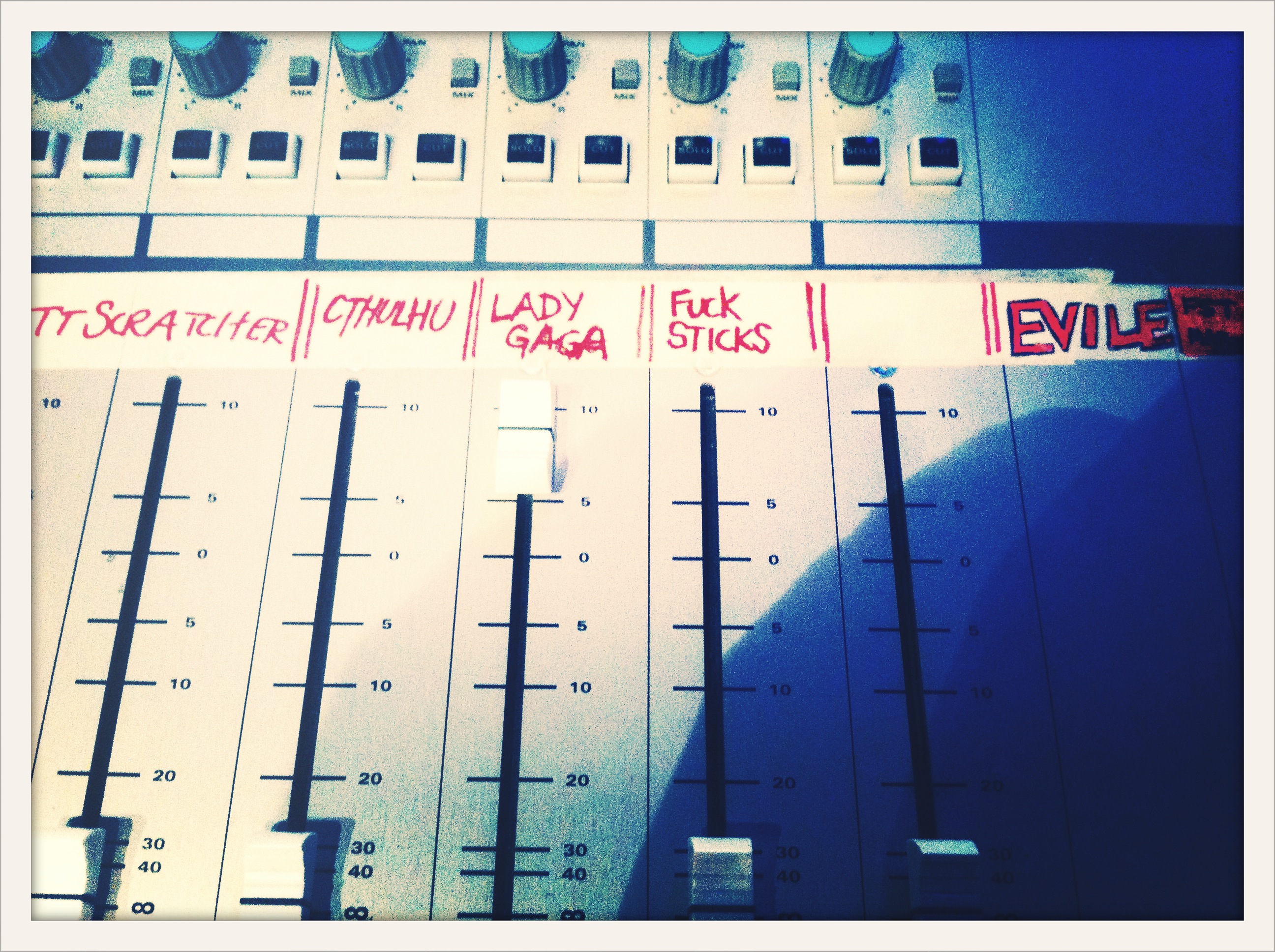 It was cool to meet Russ Russell, who should write a book with all the stories he has, yet half the fun is in the animated way he tells them. At one point we were all having lunch and he was quiet for a few minutes and when asked about the status of a track, he mentioned how he was working on it right now in his head; how he could see it all there at the table…which I thought was fascinating. It was also cool to sit in the studio when they played the tracks for someone else for the first time; you can tell how precious these songs are to them. Perhaps if Enter the Grave was what they knew you wanted to hear, and Infected Nations was proof of skills, then this third album is what Evile truly wants you to hear. Tragedy often breeds a deeper level of creativity, and it certainly seems to have fueled the fire for Evile.

As a writer, when you’ve crossed over into friend territory with a musician you begin to wonder if you lose your objective perspective about the music…and perhaps to some extent you do. But I’ll tell you this: music is music no matter where it comes from. I can close my eyes and hear some of those riffs now, even after only hearing them a couple times. That’s the power of music, and the promise of the next Evile album.

Look for Evile album #3 this summer. In the meantime, check out their highly entertaining in studio videos here.