Since I’ve scaled back to going to about one show a week, I’ve recaptured some of the magic of entering a venue and feeling the thrill of what’s to come. And this was especially the case this night, since the venue was the classic Troubadour, and the band at hand would be a brand new project featuring members of other bands I love. 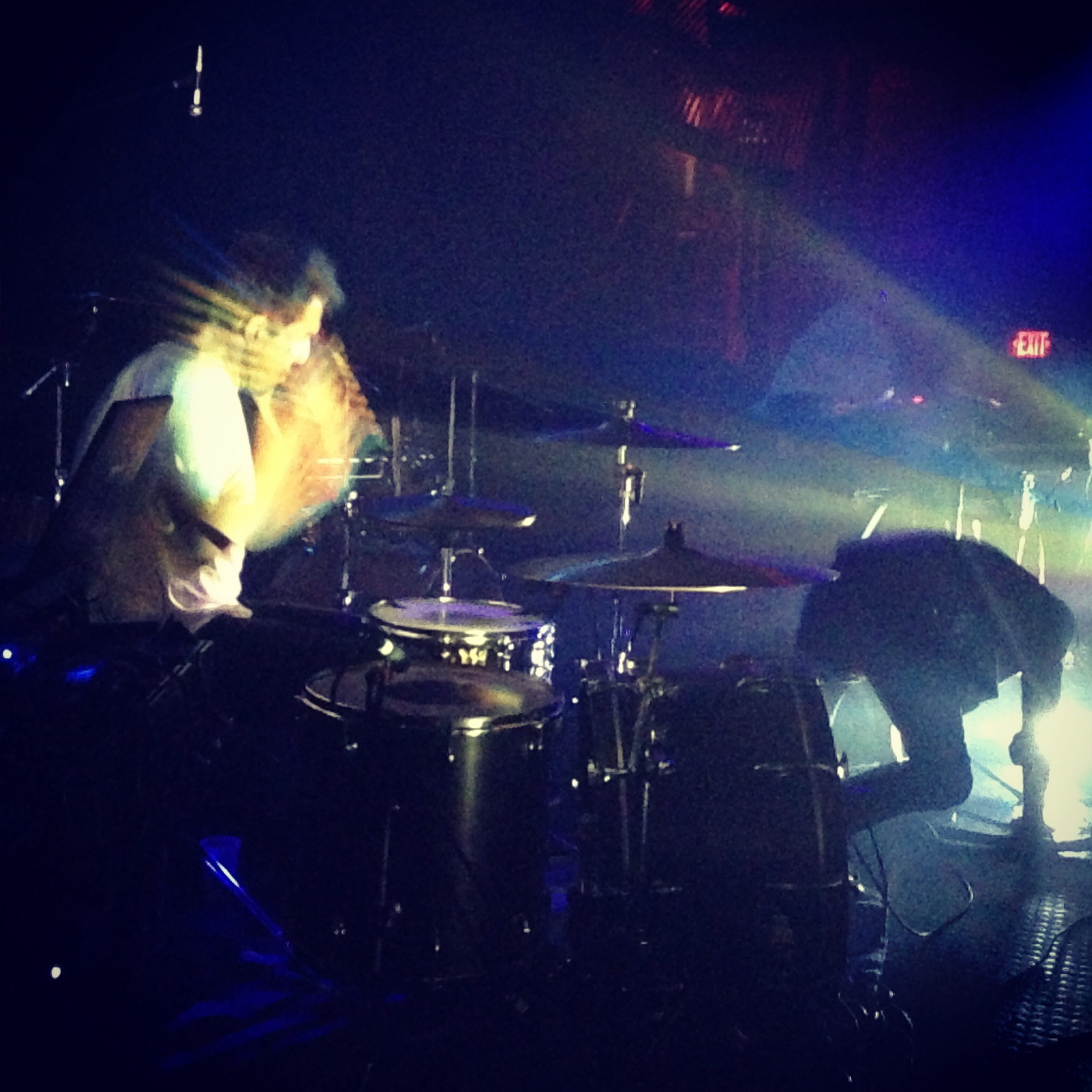 Crypts opened the show, their equipment spilling over the front of the stage so much that the vocalist pretty much spent the entire time in the crowd or climbing the stage’s scaffolding. Electronic rock a little more ambient-leaning than The Faint and in a similar vein as Ghostland Observatory, at it’s best it sounded unique and that great blend of danceable rock that’s difficult to create without sounding cheesy…but at it’s worst it was undecipherable cacophony. This writhing, dancing vocalist was damn entertaining, except went he accidentally kicked the girl in front of me on one of his jaunts up the scaffolding. He would often grab the light projectors and use them as an extension of his manhood upon the crowd, and that was when he wasn’t face-fucking someone in the front row. Speaking of the front row, I was enjoying the light and fog show from the side because it made it seem as if the front of the audience were slowly incinerating.

I was as excited as I was surprised when I first heard about Palms. I love Deftones, and I was also pretty into ISIS at one point in time. So how would this sound? How would the heavy, menacing, cinematic qualities of ISIS meld with the groove and soothe of Deftones? Moreover, if I created a Venn diagram of ISIS fans and Deftones fans, who else would be standing in the middle beyond me? Upon release of their single, all worries abated as the product of this diverse sub-genre metal child took all the best parts of each band, resulting in an ethereal, yet spirited new sound. 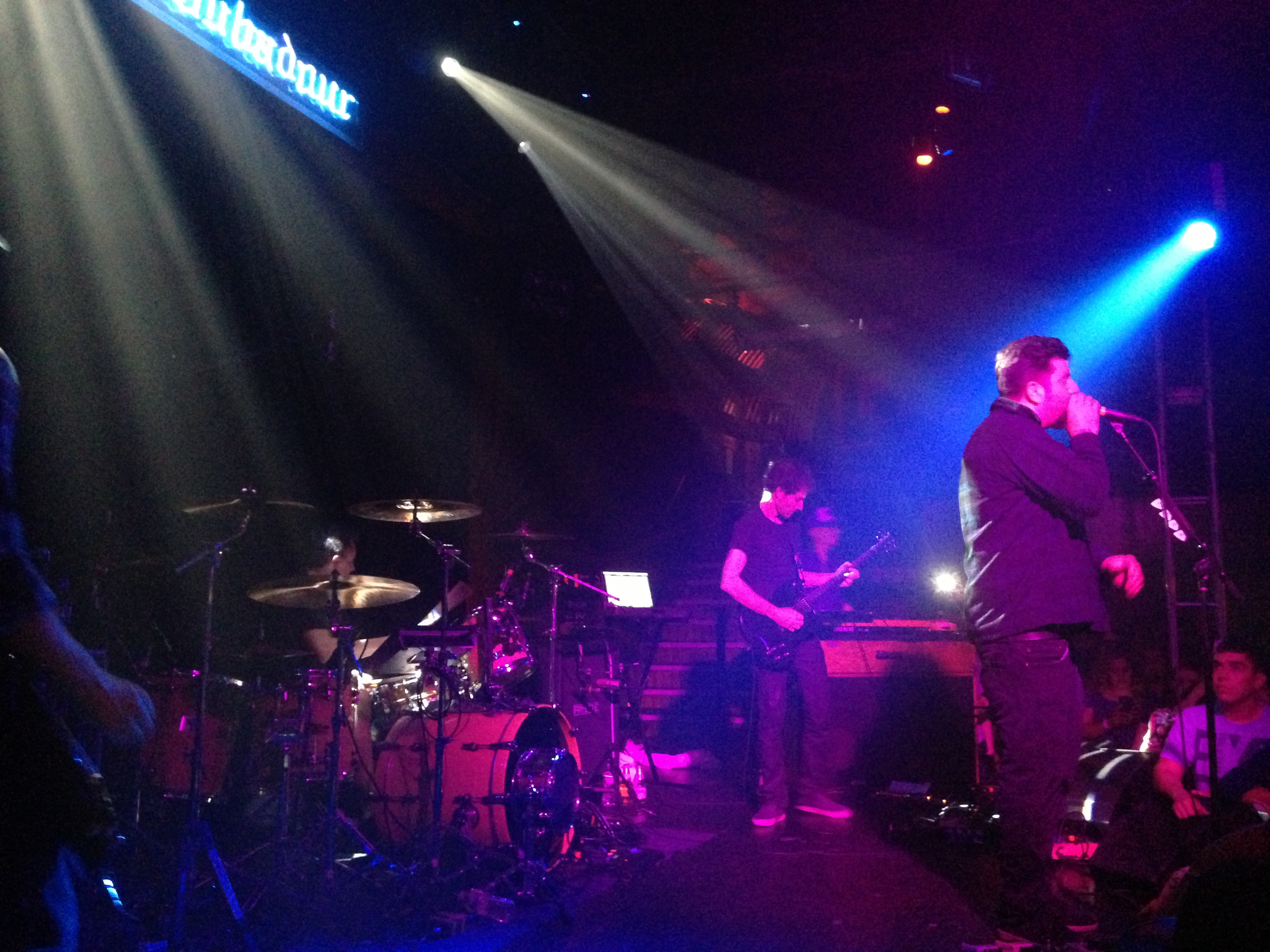 “ARE YOU HERE FOR CHINO MORENO???!!!” the girl beside me yells at me. I stare deep into her eyes and tell her, “No. I’m here for the whole band.” Before Palms took the stage I was swarmed by the “Chino Chicks”, who have, at past shows, tried to burn me with cigarettes and punched me in the boob (which is, actually, a very difficult task) and verbally assaulted me. Chino is one of a handful of rock stars of my generation- others being Trent Reznor, Dave Navarro, and maybe that dude from HIM- that just cause girls to lose it. The amount of preening and screaming going on before he walked out on stage was, frankly, impressive. I try to smile and enjoy this fascinating study in female psychology since I have been very close to this dying breed quite often, but tonight it was pretty annoying, mainly because the second the music started, these girls seemed very confused that they were not hearing Deftones.

As the band launched into “Future Warrior”, which is probably my favorite track and the opener for the album, I drifted into the set and away from my surroundings. I loved watching the intricate musicianship of Aaron Harris, Clifford Meyer and Jeff Caxide. Harris is a great drummer. And over the course of the show, it was cool to see Chino play guitar on most of the songs. And Chino’s voice is one of my favorites in metal, so to hear it in this context was like hearing an entire set of “Minerva”, “Change”, and “Digital Bath”, with his occasional trademark scream/squeal thrown in for good measure. 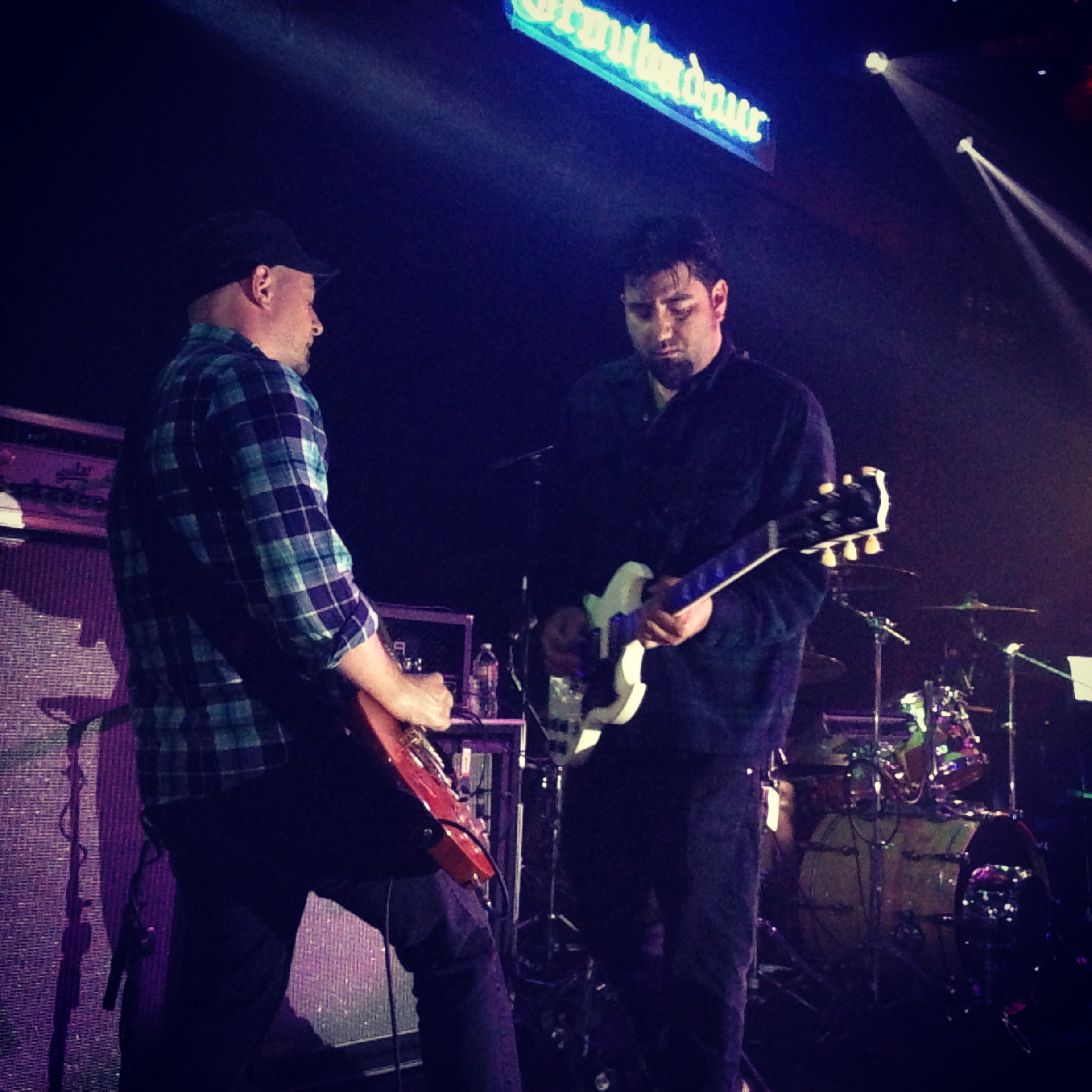 The crowd was pretty still, the vast majority seemingly not familiar with the record that I have listened to at least half a dozen times already. The songs had a heavier edge to them live, but also a coat of polish that made it hard to believe this was only their third ever show. As I watched on, I lamented the fact that I had missed seeing Chino’s other project, Crosses, and wondered what was going on with other ISIS side project, Red Sparowes. There are so many side projects these days- sign of the times- it’s both exciting and confusing for us fans.

“This one’s for Chi”, Chino said before beginning “Shortwave Radio”. Somewhere around their cover of Swervedriver’s “Rave Down”, Chino asked the crowd, “What do you wanna hear?” Someone yelled “Slayer!”. Then Harris played the opening drum parts of “Raining Blood” and my ears perked, and then Chino did his best Tom Araya impression, spouting a few lines of “Angel of Death”. I enjoyed that moment.

The main set finished with “Patagonia”. Afterwards, they briefly left the stage before doing a encore of the final track off the album, “Antarctic Handshake”, a long meandering tune of melancholy.

It was a great show. You never know how projects like this will hold up over time, so I always jump on the opportunity to see them. But, hopefully, there will be another time.

Move Me: Last American Buffalo, The Crazy Squeeze @ The Satellite, 7/1/13