I am very fortunate that, without the guidance of an older sibling or my parents, I stumbled upon several things between the formative ages of 7 and 12 that would stick with me for the rest of my life, longer than most people I actually know. These things would constantly inspire me, set my palate for other things I would come to love, challenge me, make me feel. And they have never wavered, never changed.

Those things are: the books of Roald Dahl, the films of David Lynch, and the music of Nirvana, NIN, and Alice in Chains.

Consequently, two of those things ended up working together:

And, when I saw this, I was ecstatic, because one of those things, and one of my newer obsessions would be appearing together!

Anyway, my mind was blown before I even got to the event. Beyond the people involved, meditation is something of high interest to me as of late. I have a meditation cushion in my bedroom, next to my Buddha, and it gets used periodically. I was very interested in learning more to further this area of intrigue for me.

I wore my Twin Peaks ring: 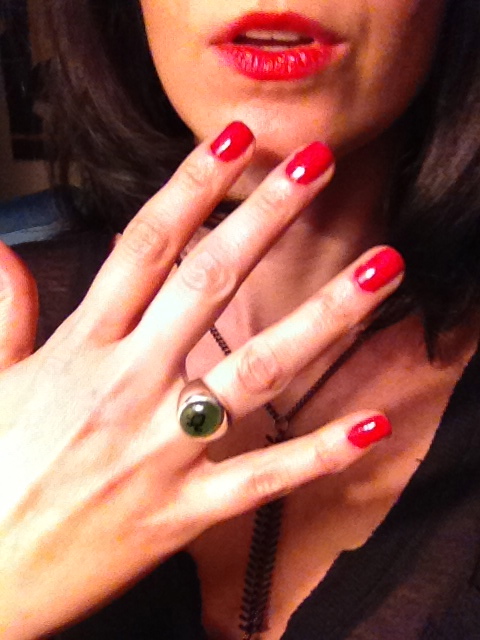 I arrived at the Hammer Theater early, because you couldn’t buy tickets for this event…the events here are first come, first served. I know what that means: total clusterfuck…garmonbozia, even. As I turned the corner, I heard it before I saw it….a ludicrous line. But there was one smaller one, for members only. The usher pointed this out. I asked where the membership counter was, and off I went. And that is the story of how I became a member of the Hammer Museum.

Back in the small line, I had a fantastic conversation with my line mate about cognitive psychology, among other things. It was awesome that they had the Twin Peaks soundtrack playing in the atrium. And then it was time for the ticket handout. I wondered how big the theater was… between the guestlist and the members line, how on Earth would all these kids waiting what had to be a very long time get in? Turns out, I’m not sure any of them did. The theater was small. As Brand would later refer to it, they would remain in the atrium as a “ghetto” watching a live feed of the film and Q&A outside. I woulda been gutted.

Here’s the trailer for the film:

While the film itself looked like a junior film school project- probably because, by explanation, it kind of was…the content was raw, honest, and inspiring. I had a few highlights:

> The part where Lynch says there is no darkness, only absence of light. I’ve heard it before, but it really sunk in. I always think of darkness as a thing in and of itself- this just kind of shifted the way I think about it.

> The tortured artist: his somewhat controversial answer to this (there was a follow up question in the Q&A) interested me. Essentially, he separated out pain and the creation of art. So, while Van Gogh may have had extreme sadness in his life, painting was his happy time, the part that brought him pleasure. It really hit home when he said, “you don’t have to die to film a death scene”.

> Someone in the film asked him “what is the meaning of life?”. Lynch said “totality”, and then went into an equally profound explanation of this. I thought this was one of the most clever answers I’ve ever heard to this question. I always just say 42… 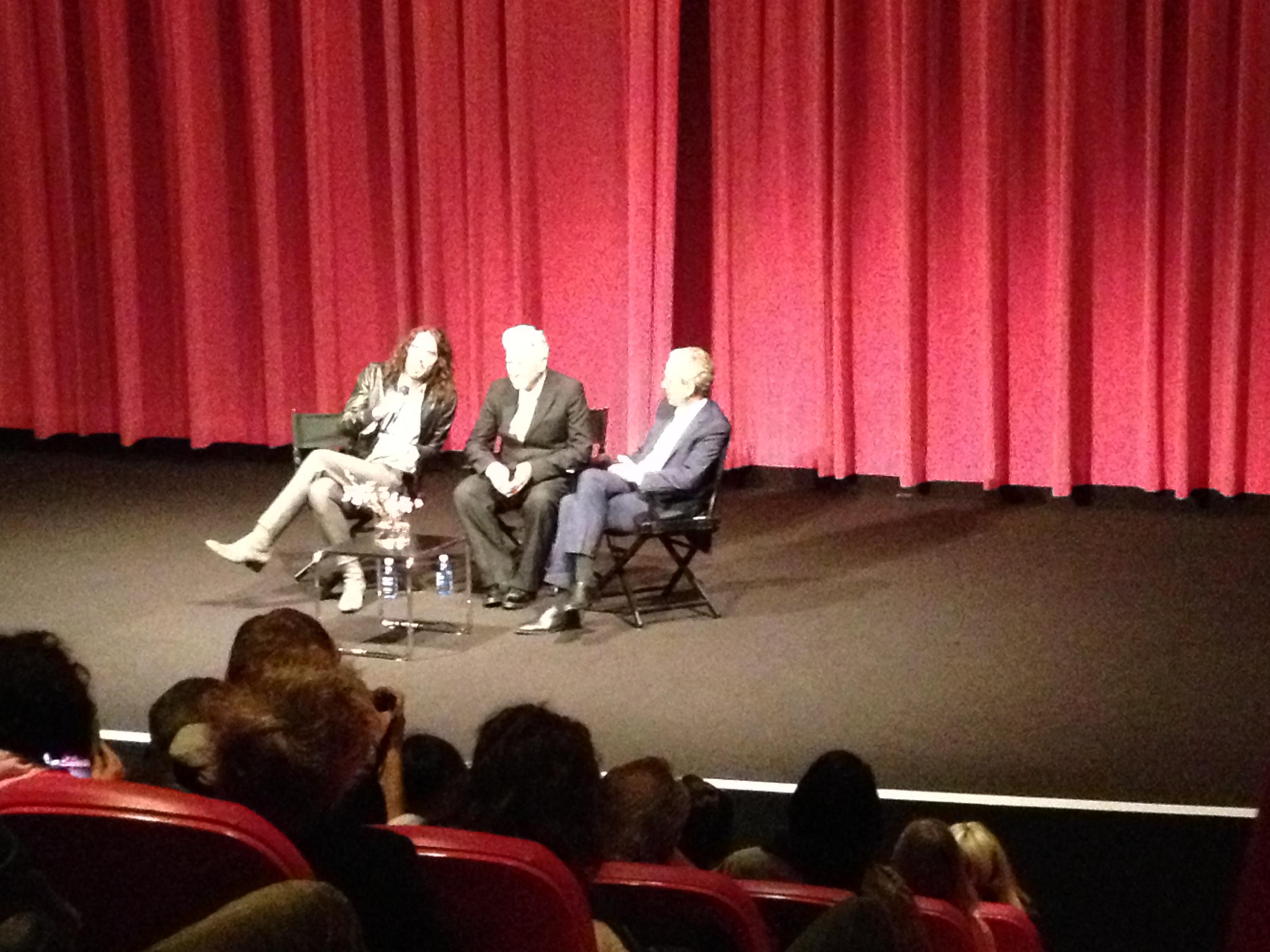 Then it came time for the Q&A, somewhat moderated by Russell Brand, with David Lynch and Bobby Ross, longtime teacher of Transcendental Meditation (TM). I enjoyed listening to the iconic (to me) voices of Brand and Lynch intertwine. I never thought that would happen. Brand went off on his usual witty, pointed tirades…and Lynch would sometimes begin speaking in a fashion where you’d second guess what he’s saying, and then he somehow ends up coming out on top.

I will admit that there were a few moments that felt a bit sales-pitchy for joining a TM program…but it wasn’t too overbearing.

One of the most memorable questions to me was when someone asked Lynch how he decides to take an idea into a feature film. He described it as driving down the street, and seeing attractive girls…and then turning the corner and seeing “the one”. I liked that.

The evening ended pleasantly- with coffee and donuts handed to us at the end- just as the film begins and ends.

It was a very memorable evening to me, and I look forward to diving in to TM, and my own self and creativity, more.

One (there are many) of my favorite Lynch movie scenes. I literally picture myself doing this about once per week: