Every time I walk up to LA Live I get confused. It reeks of the bright, clean flashiness of Las Vegas, a stark contrast to the worn in, seedy signs across town surrounding my Hollywood apartment. 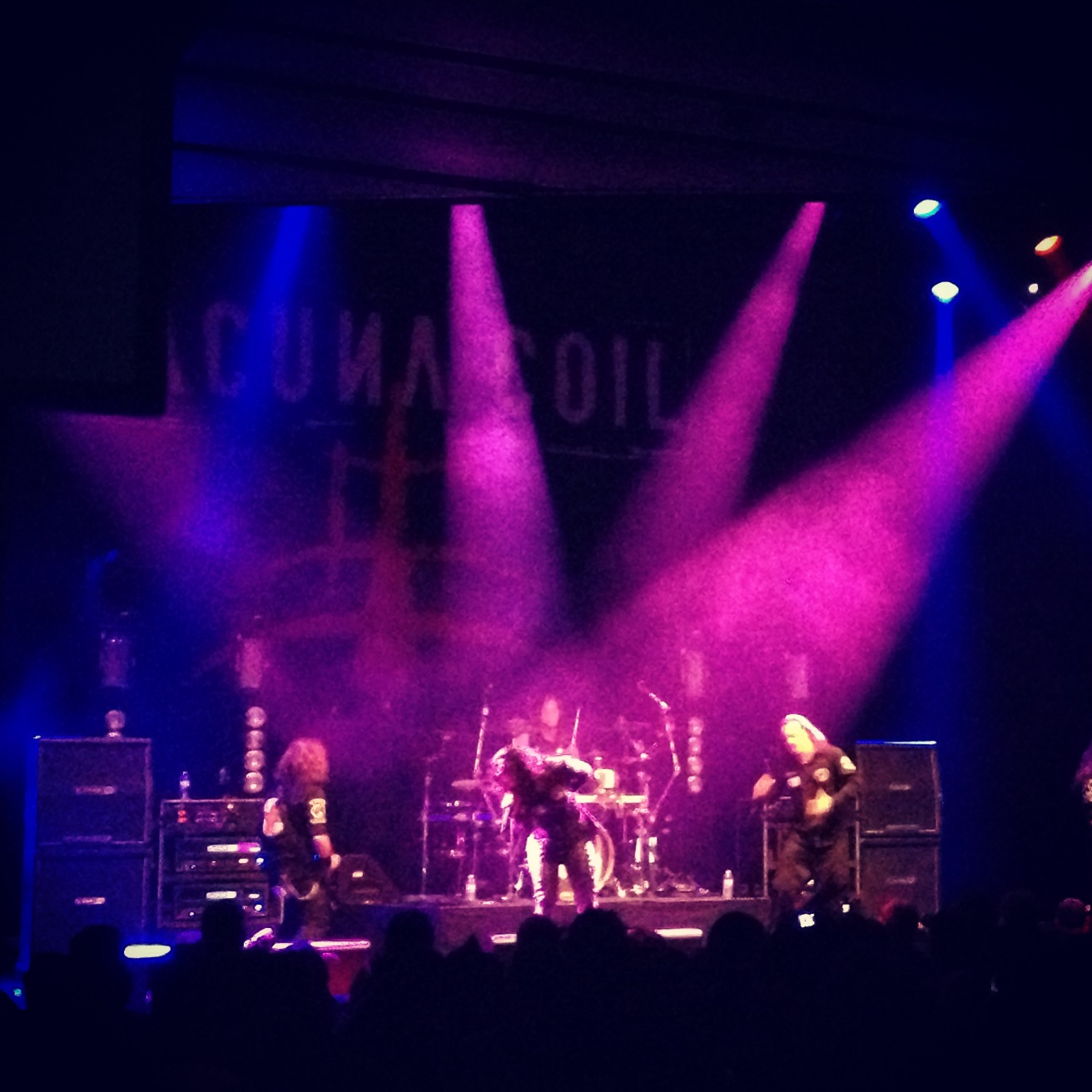 We arrived at Club Nokia just as Lacuna Coil was about to take the stage. Had I seen LC before? Apparently yes, ages ago. The first thing we noticed was that the sound was astonishingly quiet. I usually list Club Nokia’s sound as being one of the best in LA….something was amiss tonight. The second thing we noticed was that there wasn’t a bassist and the drummer was a fill in. That said, Christina Scabbia has a beautiful voice and is nice to watch. The Italians’ melodic, pretty metal was a bit of a strange opener for what was to come.

Every time I have seen a nu-metal era band in recent years, I feel conflicted. I have always said that nu-metal is the disco of our scene- something that was hugely popular for a short amount of time, and then it imploded and became just as trendy to hate. My friend also has a theory that nu-metal was a sexist reaction to the Lillith Faire movement of the mid-nineties….but that’s for another piece. Anyway, the first time I heard nu-metal bands I was 15. When it exploded in popularity, I was 18. And then by the time I was 21, it was out. So that’s 6 very formative years where this was the most pervasive form of metal for me to listen to in small town Texas, where mainstream is the norm. You do the math. I have a soft spot for a lot of it. I’m one of the first generations to have The Chronic sitting next to The Black Album on my CD shelf; the movement was just a natural progression to me. But, age and wisdom has shown that a lot of the songs did not stand the test of time. In fact, not only did they not age well, but they remind me of what a different world we lived in in the late nineties. And it kind of pisses me off to listen to songs like “Nookie” and think of that ignorance and excess. 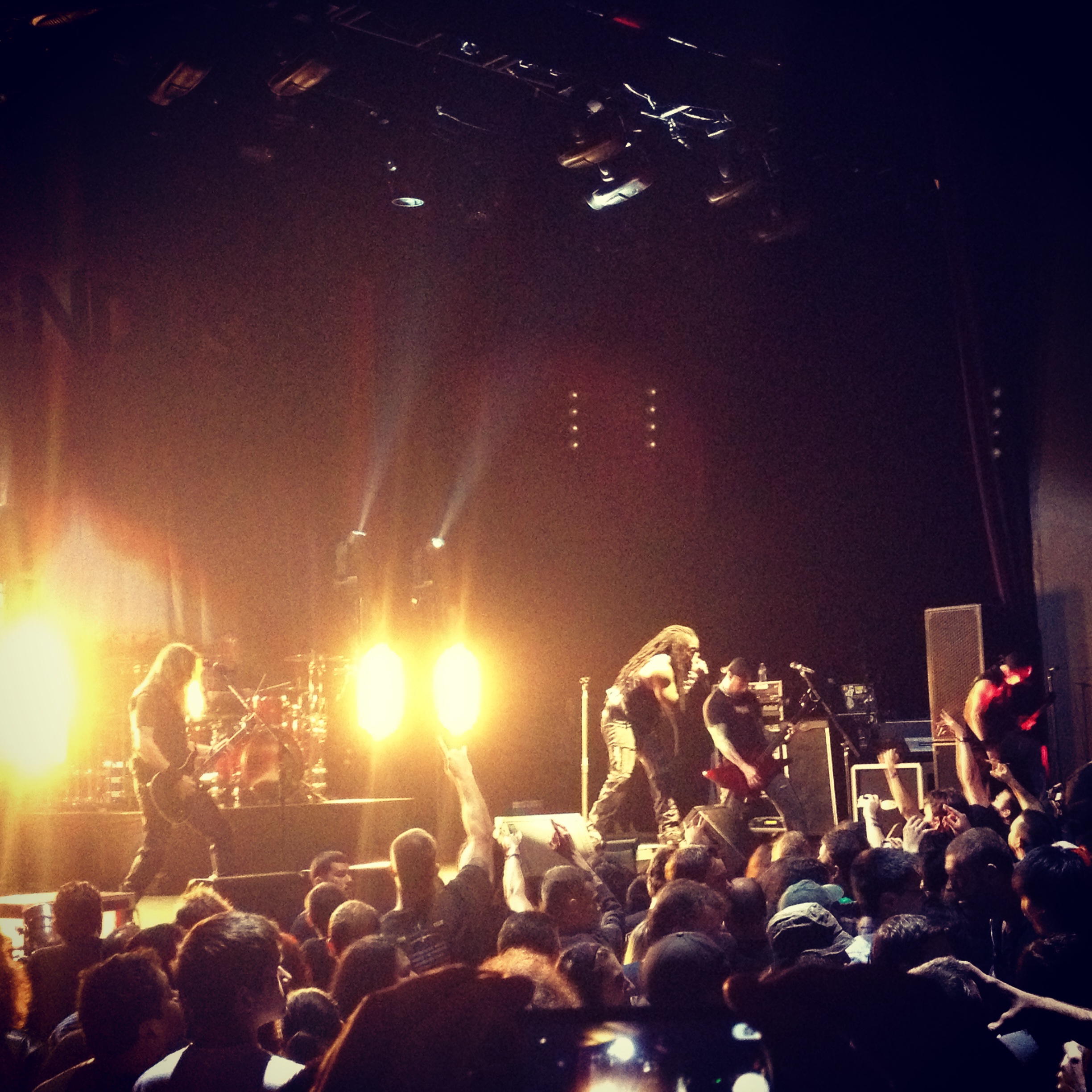 Anyway, Sevendust were not one of the bands I was super into in that era, but I still knew a lot of the songs. Had I ever seen Sevendust? Maybe? As the lights dimmed and the band bounced out onto the stage, I remembered the specific energy from these kinds of shows. The simple yet often powerful riffs, the groove indicative of the hip hop influence, cause even the most jaded person like me to move along. You can take one look at these guys and tell exactly what era they come from: a couple have dreads, one has a trucker hat cocked to the side. They take turns switching positions on the stage, pointing at everyone and no one in that way that gets that person who this is their one show of the year to go, “HE POINTED AT MEEEE!”.

A focal point is on drummer Morgan Rose, as should be with this era of bands: their strongest musician was always their drummers (except Limp Bizkit….I love me some Wes Borland, but he never fit with the rest of this). As he plays, he tosses sticks into the crowd and they rain down like arrows into lucky recipients hands. Apparently Sevendust is the headliner for this tour, but for this show, they let Coal Chamber headline as it’s their hometown. 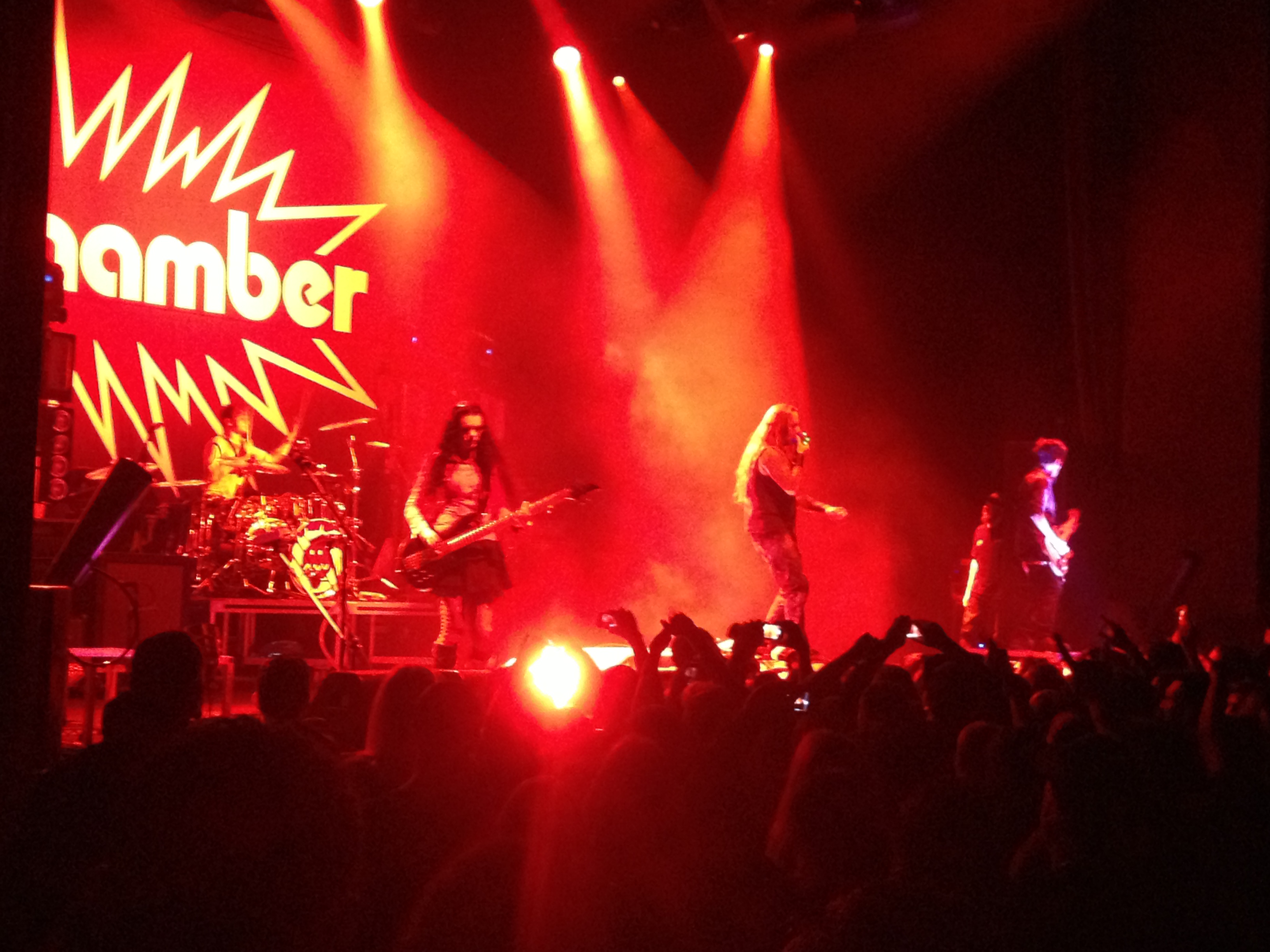 Had I ever seen Coal Chamber? Yes? I’m pretty sure I have a distinct memory of standing at the side of the second stage they played at Ozzfest ’97 in San Antonio as they walked by to play (and one leered at me and my jailbait friends). And that was the beginning of my being obsessed with that moment of the band walking out onstage.

Anyway, they started out with that one song everyone knows…and sounds so much like a Korn song intro…”Loco”. I have to say it was kinda weird….strike that….very weird for me to watch Dez Fafara in this after seeing him so many times in Devildriver (and interviewing him!). Seeing the female bassist reminded me how these, albeit, token female figures in metal bands in the ’90s- Sean Yseult being the main one- made it more ok for me to like metal. If only I had kept up with playing guitar, who knows where I would be…