Even though I’m almost 10 years older than the characters in the show, I can commiserate in my delayed adulthood. The show makes me sad-laugh. It’s a true statement of the era; I mean, when I was their age, the show about life as a post-college girl was Sex and the City. Huge difference, and demonstrates the jaded, sad lens we now look through in our entertainment.

Which brings me to this show.

I had been waiting 4 years to see Gojira. The last time they toured the US, it was in the middle of a NIN tour, and, well, I had my priorities. My life was entirely different then.

Even though I had been at NAMM all weekend and was exhausted, every mile closer to Pomona found me getting a little more excited.

The Glass House reminds me of a high school gym, complete with it’s lack of alcohol. But, in a way, it’s become a comfortable escape from the city for me. The block was scattered with kids at a nearby punk show and geeky metalheads headed to my show. 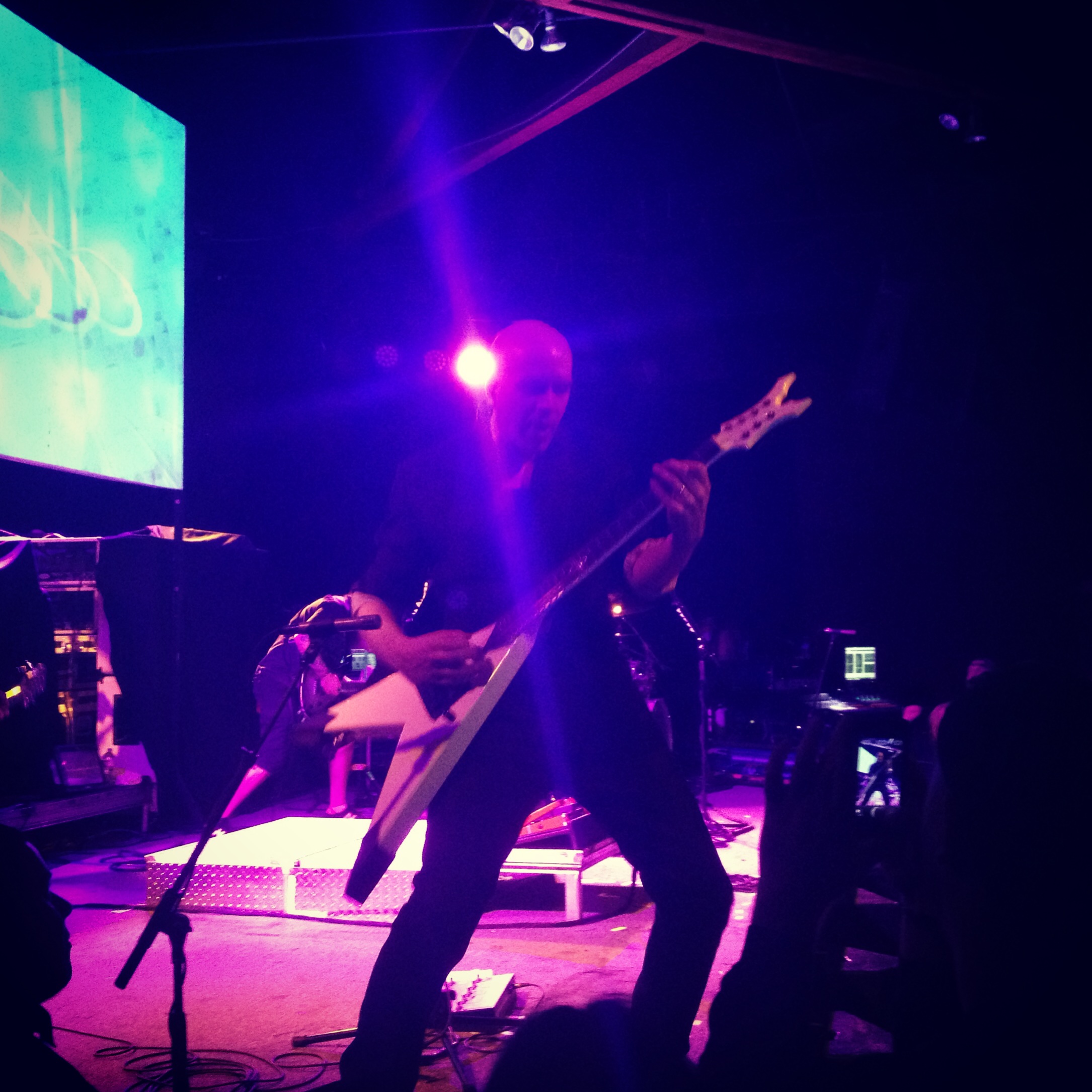 First up was the Devin Townsend Project, which I’d seen several times, but this was my first time to really watch it. Devin Townsend- and the band- are super talented, and he’s really funny, and the visuals were pretty awesome…but I still don’t really “get it”. The way he constantly made faces, made fun of himself, and made fun of us really solidified that place feeling like a high school gym.

I remember when I first discovered Gojira, they become one of those bands that stood out from the pack. Their sound fits in with others, but their words make them stand out. There’s a lot of animal, environmental, and spiritual stuff going on there, and it’s all very somber.

Sometimes I have an awakening where I get my head out of my day to day and start thinking about how fucked our world is. This was one of those weeks. And between Girls and Gojira, the rose tinted glasses had come off. I’m not saying that Gojira is political metal in the way a RATM is, but it reflects more so the melancholy of a generation that’s been driven down by our surroundings. It’s introspective and burdened. Like Girls. 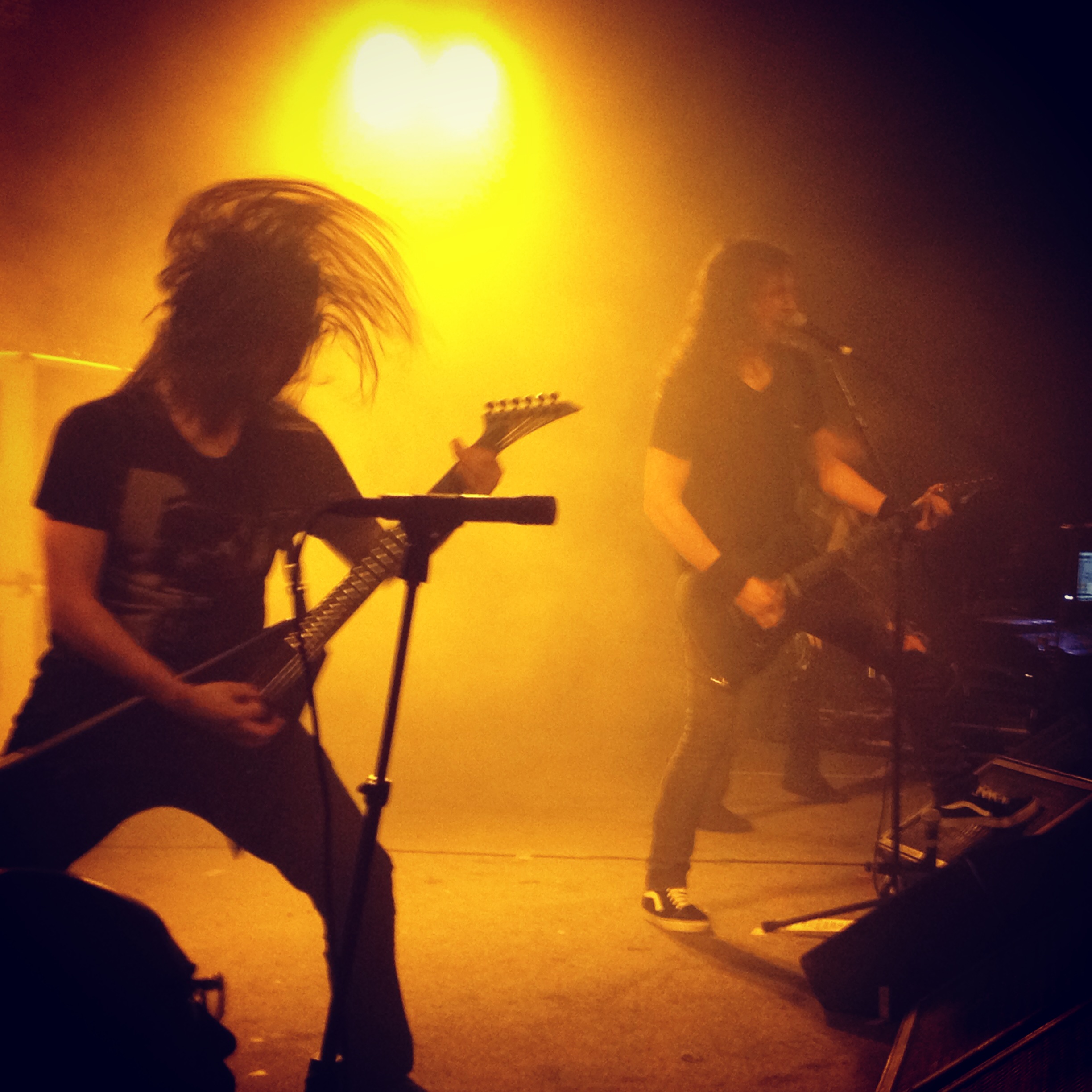 I was standing by the corner of the stage when the set began. Hearing “Explosia”, the first track off of L’Enfant Sauvage (“The Wild Child”), was a great way to start. I really connected with this album; I rarely listen to just one track, but the whole thing. It’s a journey that sounds of progressive metal, death metal, and groove metal elements. I was wondering if atmospherically some of these tracks would sound as good live, and most of them got there. With the branching head adorning the back of the stage with some visuals, there was an element of this show that felt like a Tool concert. I’d never made the connection between these two bands until seeing them live.

Most people who speak of Gojira mention monster drummer Mario Duplantier; unfortunately I couldn’t see him in action much from my post, but it was very interesting when he came out from behind the kit to play guitar and scream on “Oroborus”…in drummer gloves! There were several moments where the band “left the stage” (went behind the speakers) while interlude music played for dramatic effect…and unfortunately that didn’t work for me in this particular venue. 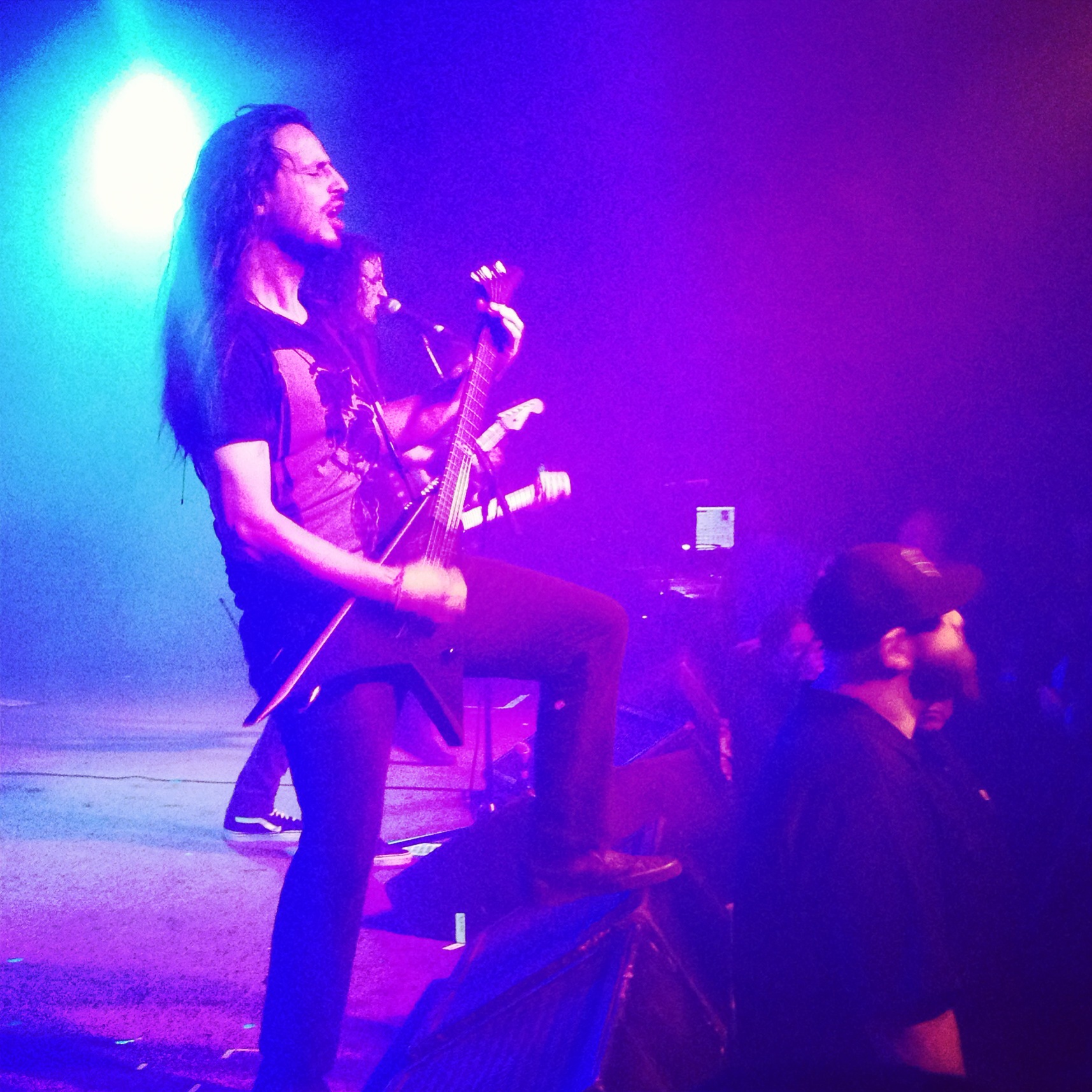 “The Axe” is a standout song from their latest album, and was a definite highlight of the show for me. Even though I could see the setlist and knew the end was near, the entire thing just felt too short to me for their first headlining tour of the US. So many great songs left unplayed!

It was great to finally see Gojira…but tonight’s show proved to me that after 6 years of relentless show-going, I have finally reached that point that people have been telling me about. Live music is just not doing it for me anymore.