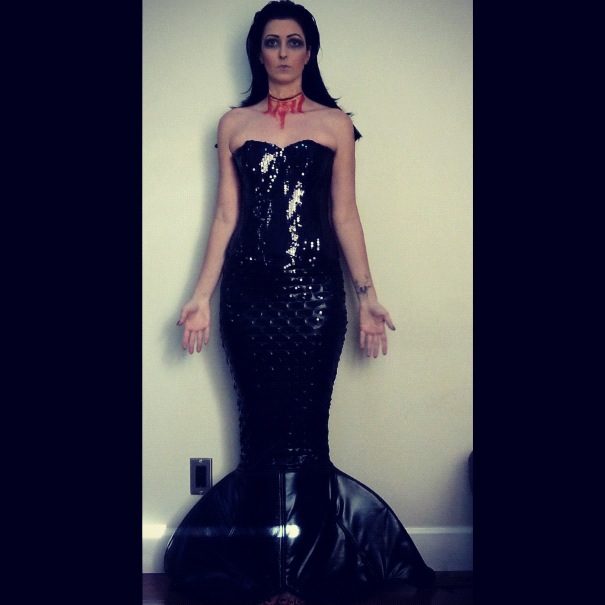 …and getting picked up by two chicks that look like this: 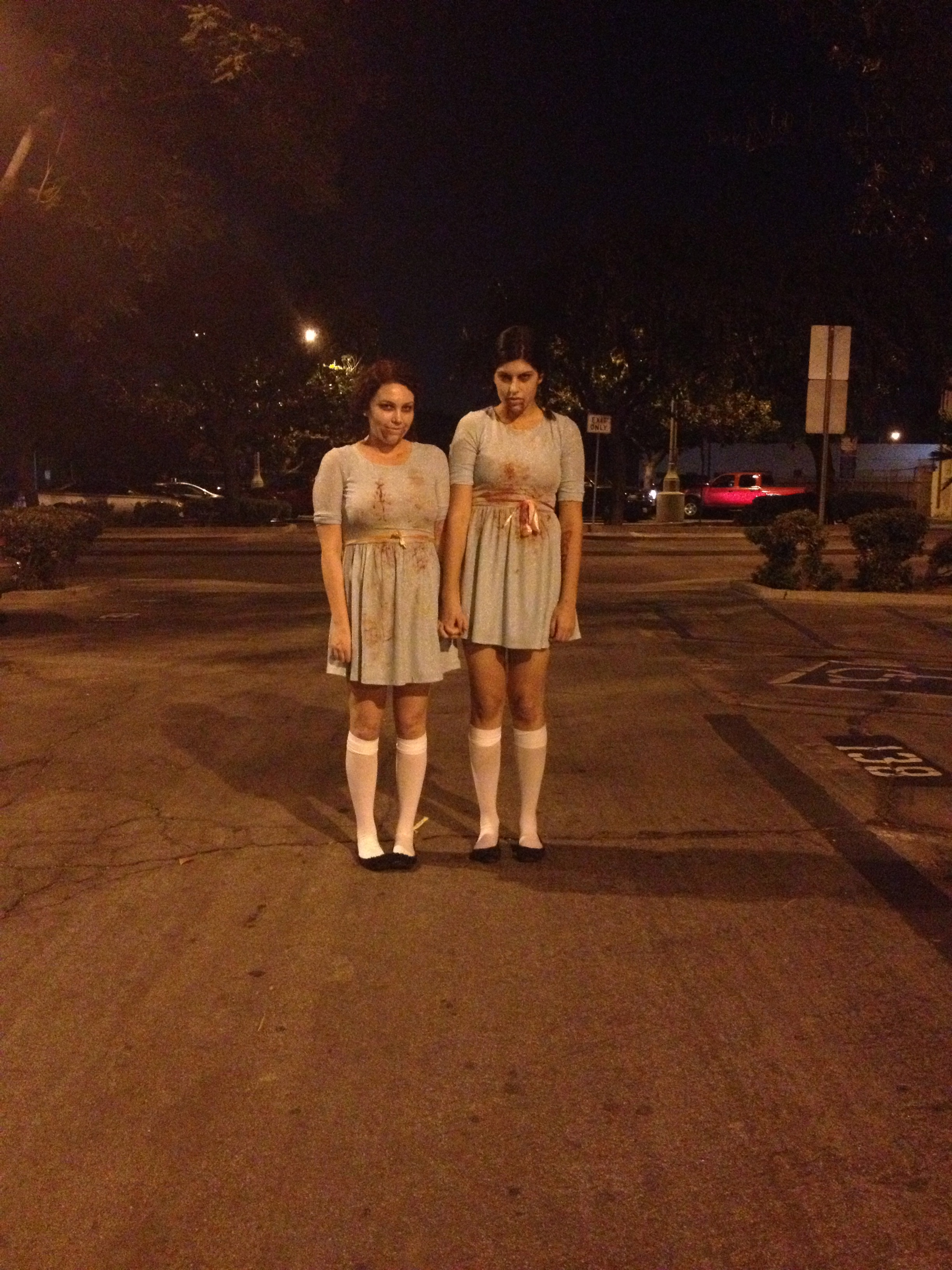 I was Murmaider…yes, the Dethklok song. No one got it, but that’s ok. I’m used to being misunderstood.

An hour later, we were in the suburb of Pomona, amongst a crowd of people who were mostly spectators to our Halloween madness. But we didn’t care, as we pressed up against the rail for one of Norway’s latest and greatest exports.

Last time I saw Kvelertak I had returned to London from visiting Stonehenge and randomly found out they were playing nearby. That was awesome. The six piece walks onstage and erupts into their punk metal fury. I don’t know what they’re saying but I know a lot of the words. They infect us with their riffs, and the three of us dead girls come to life while the rest of the crowd seems confounded. Between the hard edges of their sound is this softer, classic rock vibe that could be a source of the confusion for the growing Converge crowd, but for me, this is what I latched onto. I’m awaiting the next installment of Kvelertak impatiently.

I’d been hearing a lot about Nails. Punishing grindcore, their songs are short and not at all sweet. The three piece is intense, and they rattled the Glass House to near breakage. As I watched, I thought of similarly aligned HRC fave Black Breath.

It’s hard to think that this set was to be followed by a band that has pink, rainbows, and unicorn-like figures on their album cover…but people love Torche regardless. I didn’t see much of their set because in order to drink adult beverages you have to go next door to the venue…so I was getting liquids since I was a mermaid and stuff and wasn’t driving for once.

Just one glimpse of the wirey, hooded Jacob Bannon brought be back to the Fall of 2009. This would be my first time seeing Converge since I traveled around three states for the Dethklok, Mastodon, Converge, and High on Fire tour (thus the loose tie to my wearing a Murmaider costume). 2009 was a really special year for me…it was the year I found my voice. So I started off the Converge set strangely….getting all sentimental.

But that was short lived. As soon as Bannon started pacing the stage in his own little special hyperactive kid way, I was brought into the fold of Converge’s perfected hardcore sound. Their new album All We Love We Leave Behind absolutely kills; my thought is that it will bring new fans into the band even at this mature stage of their career. Guitarist Kurt Ballou is not only great to watch in Converge, but he’s had his hands on some of my favorite albums of the past few years from Black Breath, High on Fire, Kvelertak, Black Cobra, and Burning Love.

The crowd swirls into a frenzy, which was interesting for me to see because Converge was the misfit of that 2009 tour. Now I’m starting to see what it’s really like. There’s really nothing like watching hardcore kids lose their minds. Bannon hops off the stage to remove the divide. “The barricade sucks”, he says.

The new songs mixed with the old, giving a full feel for the longevity of Converge’s career. And similarly, their energy never waned. I’ll have to say it was a bit odd to be at this show in a sequined mermaid outfit, but my appropriately slit neck fit the bill. If only I’d gone crowdsurfing….