Emerging from a grim locale in the…Hollywood Hills, two girls in corpse paint crawled into a menacing….camaro and drove in the bleak…..broad daylight to the tune of Gorgoroth.

We had been looking forward to this Inquisition set for months; and every source told us it would begin at 5:50pm. Being that the Key Club has become the worst place to see a show for me lately due to taking forever to get in the door, we were there bright and early….only to find out that doors had been pushed for an hour. This gave us the opportunity to walk around the Sunset Strip in search of coffee as black as our souls and take pictures with intrigued Swiss tourists. Did I mention I was holding a bible the entire night?

Long story short, we ended up waiting upwards of TWO HOURS before the line started “moving” to get inside! The door at the Key Club is the worst run thing I’ve ever encountered at a venue in all my days….the hold up is will call, which should be distributed before they open doors. How hard is this? I was getting real blood lust, especially when I heard the first notes of Inquisition begin before we were even inside. Between this and their policy of forcing photographers to buy a photo pass, I will avoid shows at the Key Club as much as possible in the future. 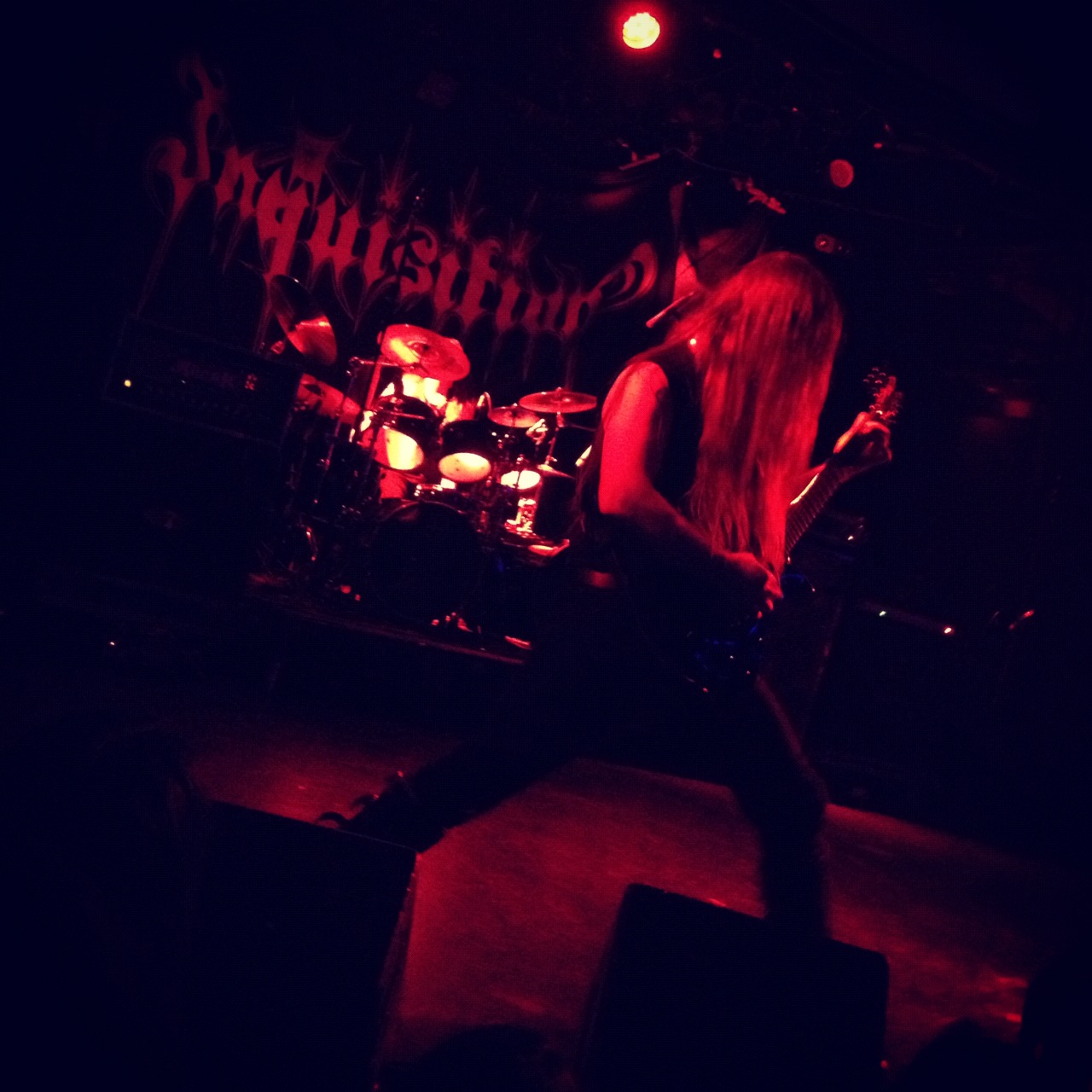 Luckily we made it inside to see most of Inquisition, and our adrenaline from our anger poured out into the set. The two piece has that special, pure black metal vibe that is getting lost in all of these hybrid bands these days. It was evil; the raspy voice of Dagon complimented the bending of his guitar notes and the hypnotic percussion of Incubus brought it all together. It’s easy to disassociate from myself in corpse paint, it was like being in a film. The small but passionate crowd wallowed in every second. At the end, Incubus held up his sticks in an upside down cross as the crowd screamed for more, and the curtains quickly shut dramatically. 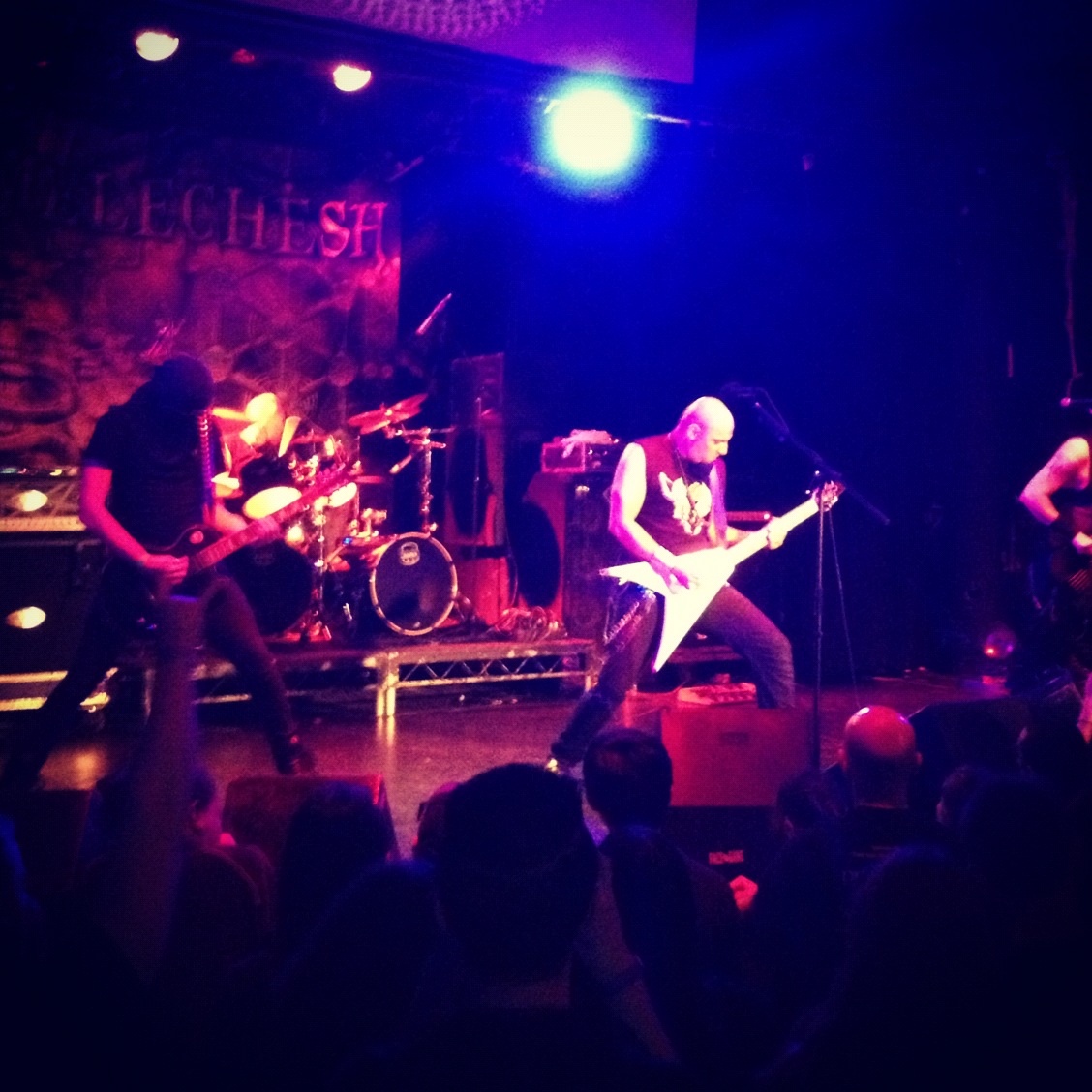 I love Italy, but I don’t really get Ex Deo so I took a black metal break. I was excited to see Melechesh, who come from Jerusalem! As they came out onstage, it made me miss my friends in Acrassicauda. The guitarist emerged wearing a shemagh, which he lost after a couple songs to reveal he has super long blonde hair…that was pretty dramatic. My only real discernible roots are that I’m Lebanese, and there’s something about the small injections of middle eastern sounds into metal that “get” me on a primordial level. I really liked their set, they present where they’re from in a balanced way that doesn’t become a gimmick. 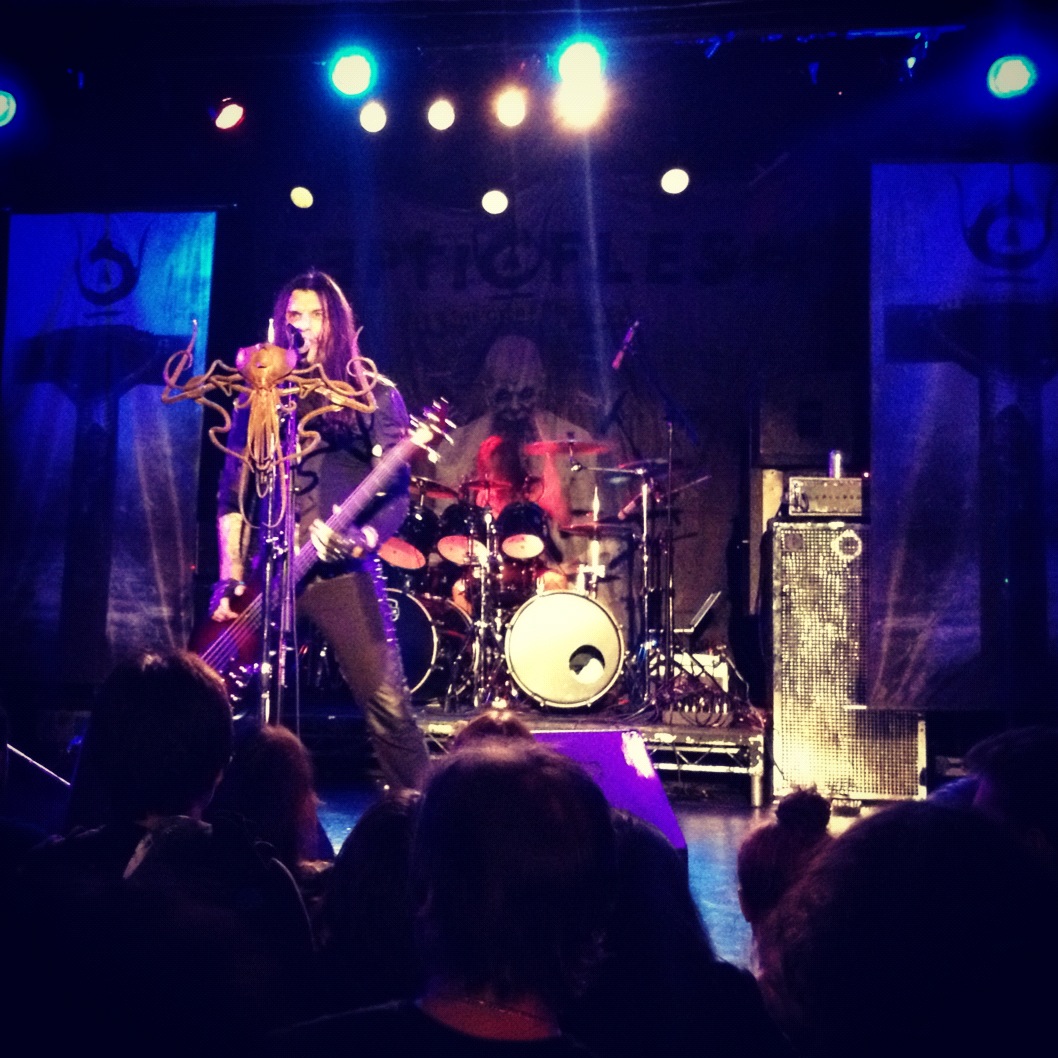 I watched a tiny bit of Krisiun before ducking out to go to the Rainbow to refuel on the blood of virgins near a table where Sebastian Bach appeared to be doing the same. Back over for headliners Septicflesh, I’m immediately reminded of the first times I saw them with Behemoth. I love the album Communion; the symphonic elements and almost industrial qualities at times makes it sound really unique. The problem with seeing Septicflesh live is that there are a lot of parts that are recorded…the clean singer doesn’t tour and obviously they don’t have a symphony to bring with them. However, this is swiftly made up for with a solid, intense performing band….namely, one of my favorite drummers, Fotis Benardo. Watching him drum is jaw dropping…he’s just unreal! What a combination of talent and showmanship. It almost made me forgot how pissed off I was earlier that day at the Key Club.