After a day of very unique hiking all around Stuttgart, we hopped on a train for an hour plus journey to Frankfurt. After settling into our hotel, it wasn’t long before we had to find our way to the venue. When you travel like this, it feels like a good 25% of your time involves the phrase ‘find my way’, which, once I think about, was pretty fitting for my reasons for taking this trip.

It was not only a lengthy train ride but also about a mile trek to this venue on the outskirts of Frankfurt. We were walking in the darkness in a street filled with very few people when I began to wonder if we’d ever find this place. But as quickly as that thought came, I saw lights and people and we were soon in line inside. Right before we got to the door, the music started.

This venue was very similar to San Francisco’s The Independent, only maybe slightly bigger. Like a magnet, I immediately walked up to the rail, enjoying the familiarity in perspective that I enjoy at most of my shows. Once again, I’m in the midst of a very enthusiastic crowd, and I notice something that I had begun to notice the night before…the lack of cell phones and cameras! Not to say people didn’t whip them out on occasion, like what I always try to do, but they knew to put it away and enjoy the show and not annoy everyone around them including the band. I found it respectful; there was only one offender behind me and his solitary presence maybe him that much more annoying.

Knorkator is a very interesting band. You can tell by their name that they have a certain sense of humor about them; you just feel funny saying it. I’d say that are kind of like a cross between Puscifer and Shat in their humor, only much, much heavier in sound. Now, I couldn’t understand what they were saying, but on sound effects alone I’m pretty sure one song revolved around a fart joke. 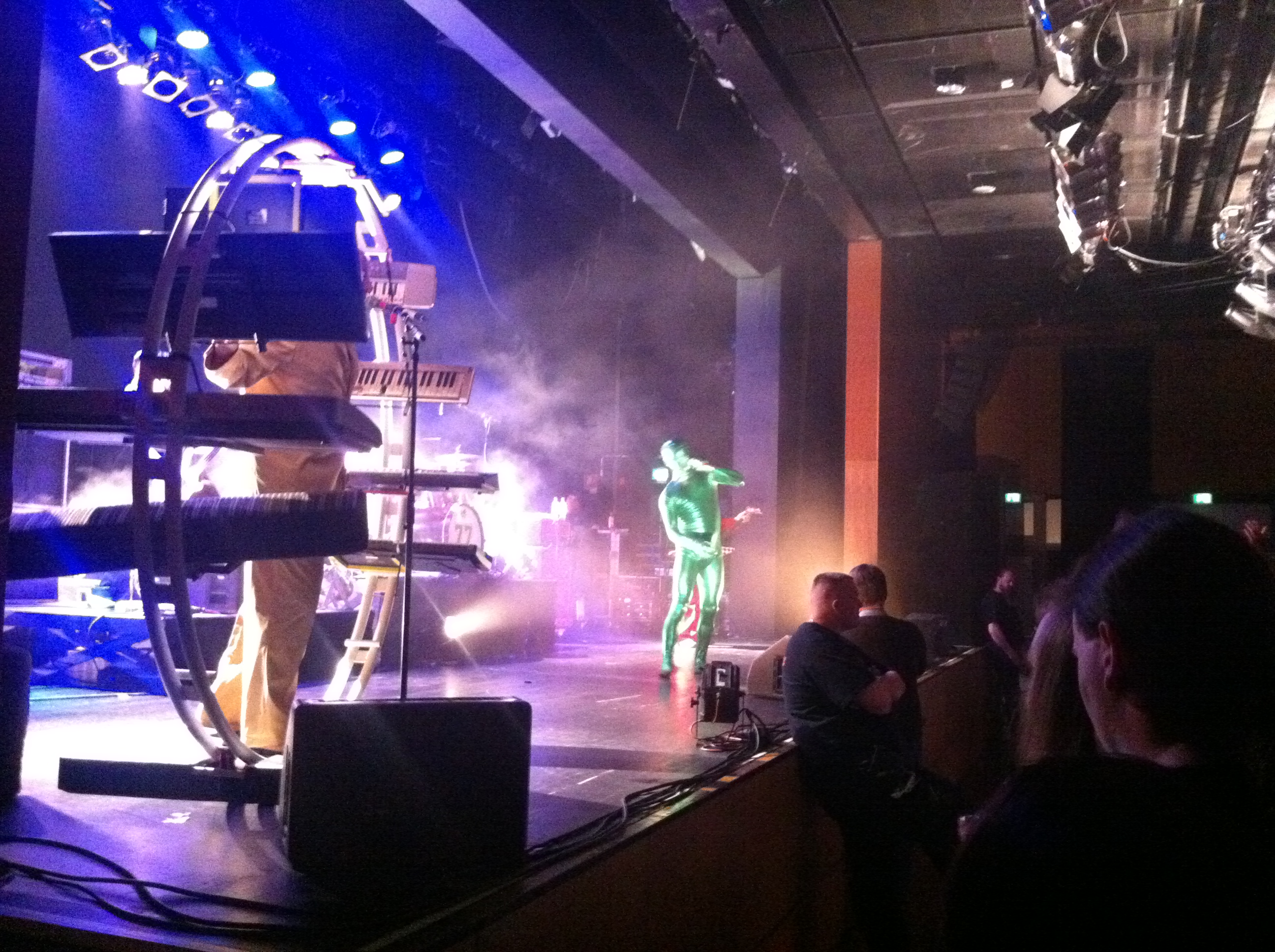 The vocalist came out completely encapsulated in a shiny green suit. I was beginning to wonder how on earth he was going to perform in that the entire night when he stripped down to…..a leotard. One side of his body appears to be almost entirely tattooed black. He is definitely a character. The guitarist is in a flashy red suit ensemble, and the keyboardist is a very large man who’s series of keyboards surround him in this circular contraption. He handles some vocal duties as well, and his baritone voice made me want to place him in a death metal band. 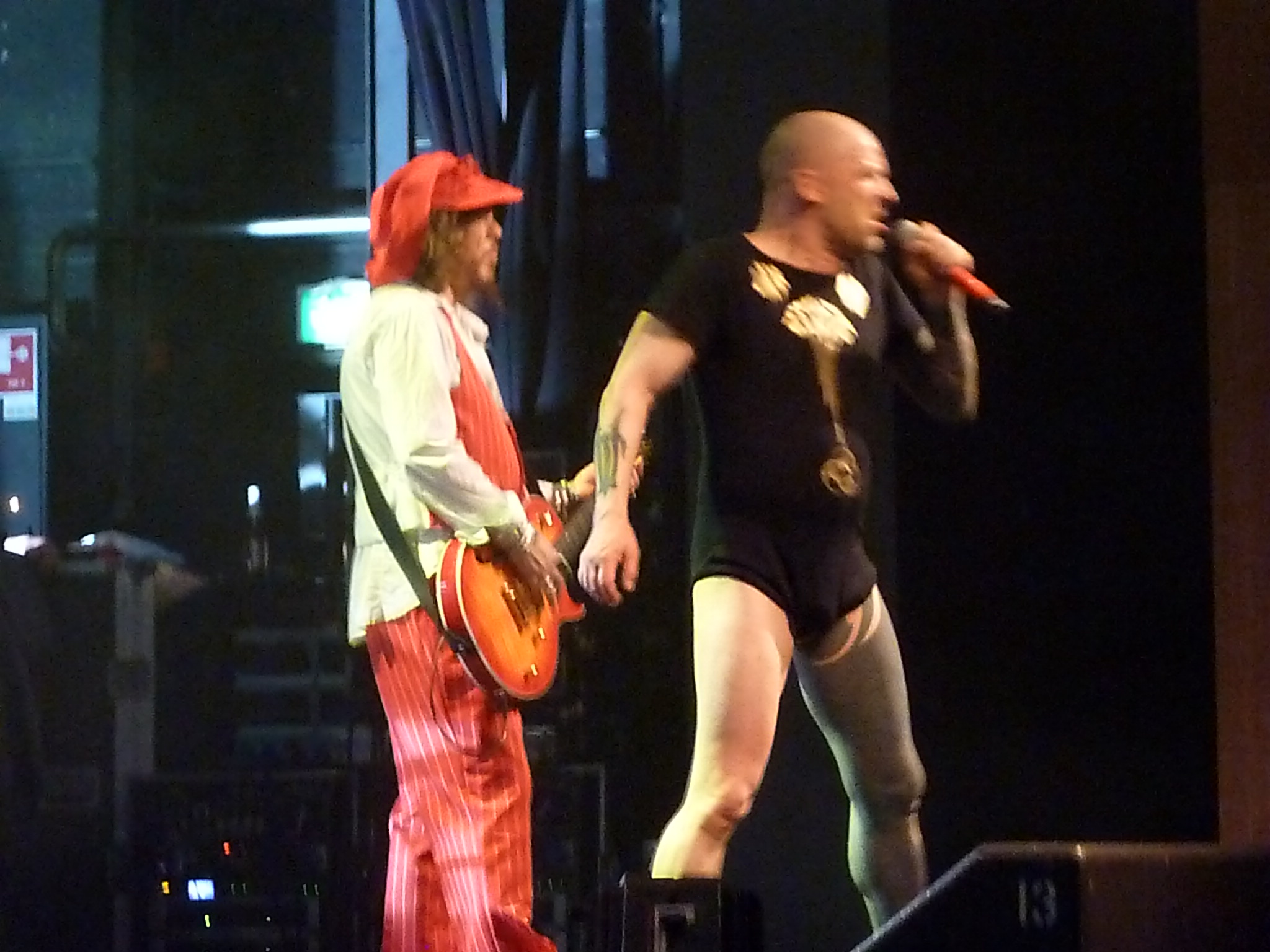 I’m starting to ease into this feeling of not being able to understand anything when some familiar English words start to make their way into my ears.

When she woke up late in the morning light
And the day had just begun
She opened up her eyes and thought
“Oh, what a morning””

ACE OF BASE! I was dying laughing as this deep-voiced metal version of ‘All That She Wants’ unfolds before me.

It was shortly after this that one of many clapping sessions was commanded upon the crowd by the vocalist, and I’m watching the band and the crowd per usual when he walks over and says something to me. Now, I have no idea what he said….but I could assume that I had been called out for not clapping and immediately began to do so. BUSTED!

From then on I clapped. I did not, however, engage in the piggyback moshing that he ordered upon us, and many partook in.

My all around favorite moment, and this will go up there on my leaderboard of hilarious show moments, was when someone was recording a song with their iphone and the vocalist grabbed the phone and put it down his leotard. He jumped around until it slid down to his business, and left it there for most of the song before fishing it out and giving it back. Sadly, the footage seemed to not make it onto YouTube.

Another interesting moment was when they broke out a flip chart of illustrations to go along with one of their songs. This is something I’ve never seen before! 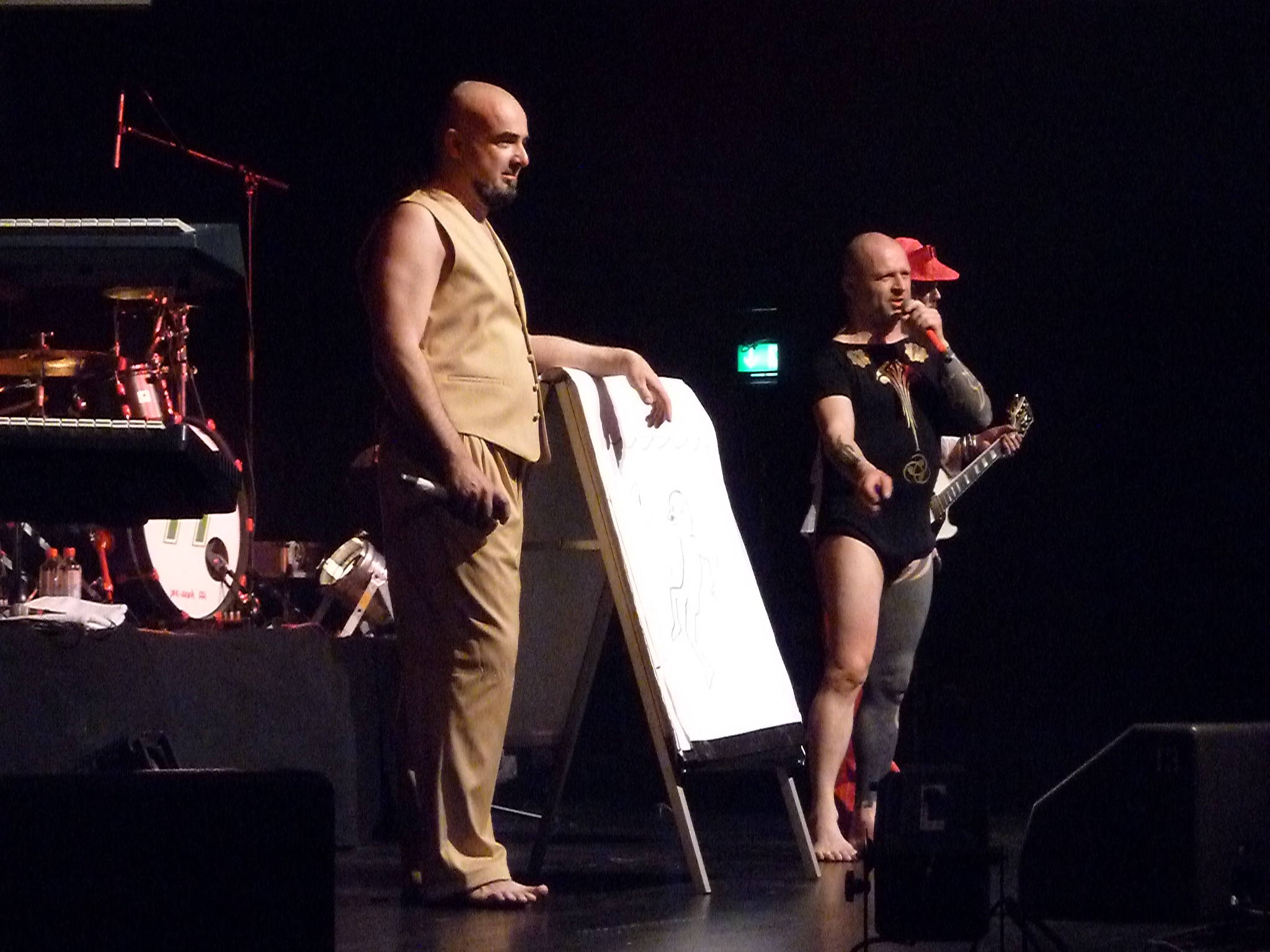 I thought Knorkator were really great- it was a super entertaining show. It solidified my understanding that German humor is on a totally different plane than American humor is.

2 German bands that never tour the U.S….I felt really lucky. And then I got to Berlin.