It was perhaps the most anticipated show of the year for many people I know.

I ended up eating my ticket to see Opeth and Katatonia up north for this show; I would be exaggerating if I said I was anywhere near the level of a Bolt Thrower fan as the majority of the people at this show were, but I do know when to take an opportunity to see a band.

It was a cute (awwww) role reversal to see people in bands that are heavily influenced by Bolt Thrower waiting anxiously in line by the time I rolled up. It was also strange to see a Ben & Jerry’s truck parked out front giving free samples. Kinda brings a new meaning to screaming for ice cream! 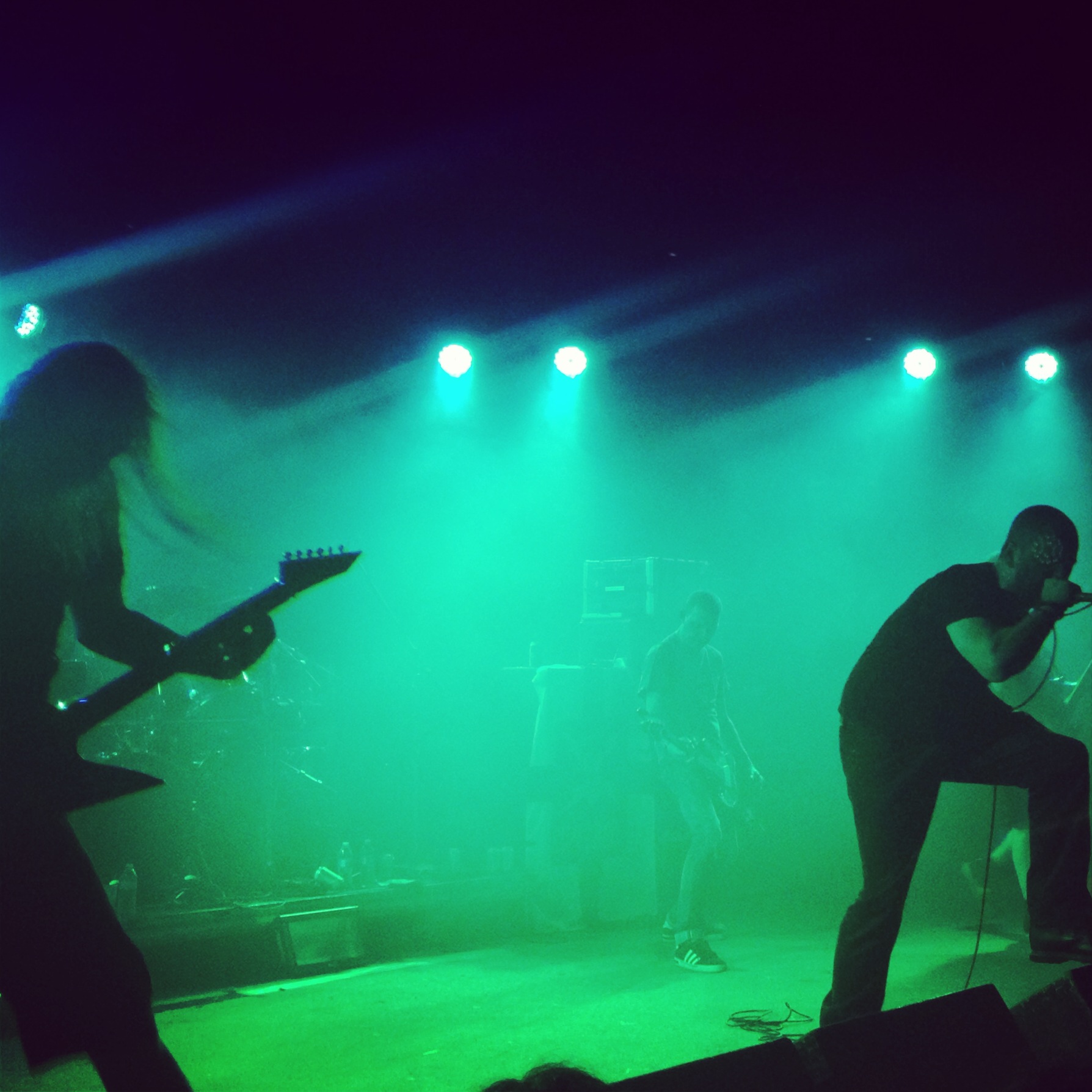 The entire bill was seemingly a death metal fan’s wet dream. Benediction worked it out on stage that this was their first West Coast show ever. Unfortunately, as they launched into their set, I noticed several members shaking their heads, as even I could tell that timing was off between the drums and the guitars. The Glass House is notorious for sound issues, and even for an “unclean” sound such as death metal, it put a hitch in the set. They ended up working it out. The band had a unique presence on stage, the only way I could describe it is they seemed to play very independently together somehow. Every time the vocalist would speak, I couldn’t help but think of a younger, more decipherable Ozzy (both are from Birmingham). Guitarist Darren Brookes was fun to watch; he was definitely feeling the crowd’s excitement. 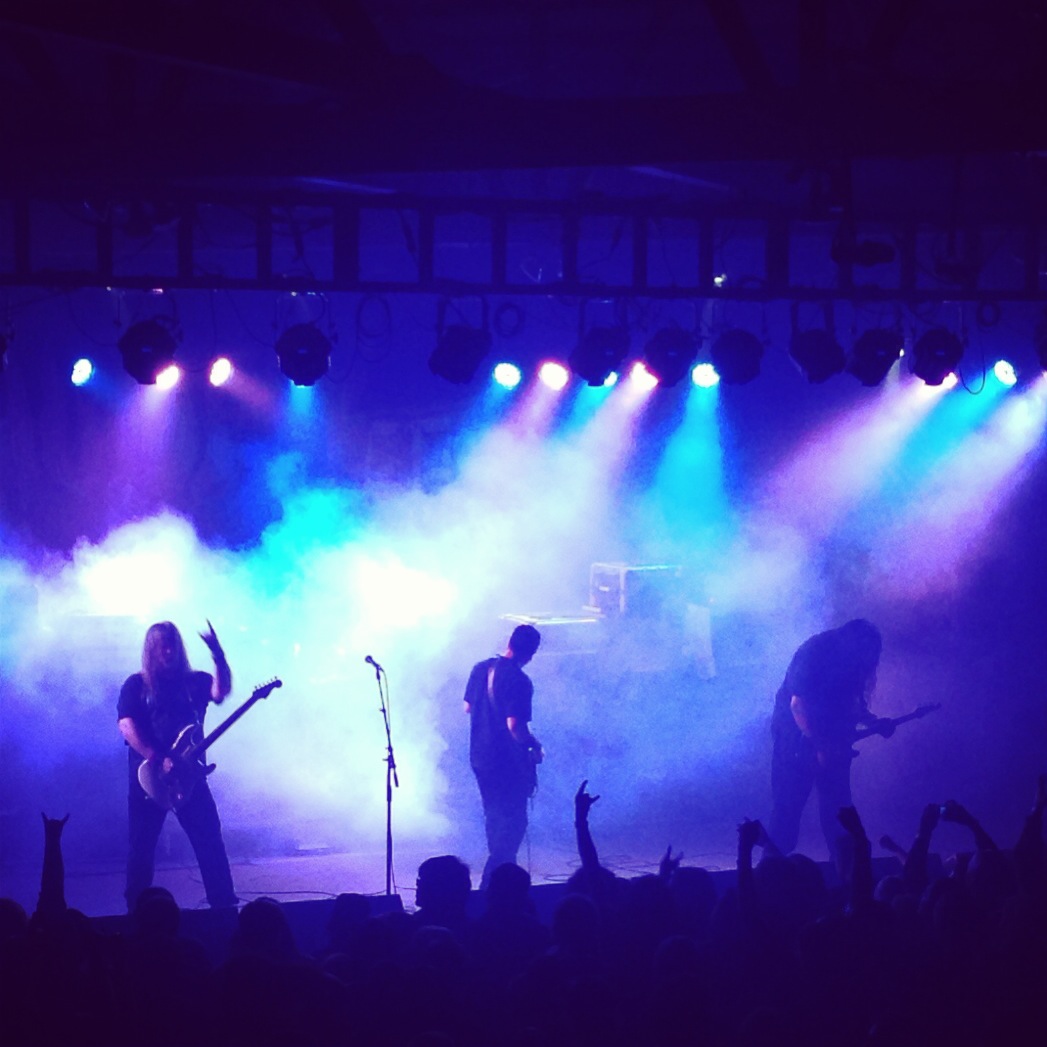 Finally I would be seeing Autopsy after interviewing founder Chris Reifert years ago. I decided to try standing up in the balcony instead of in the pit, and it did help the sound a bit. I think it also somewhat helped my disconnect from watching a band where the drummer is the vocalist; if I stood closer and couldn’t see the drummer, it makes my brain think that the vocals being piped in. Anyway, Autopsy’s crunchy, hollow sound seemed otherworldly in comparison to the other two bands, which is ironic since they are practically local by comparison. They played a set almost as long as Bolt Thrower’s would be. 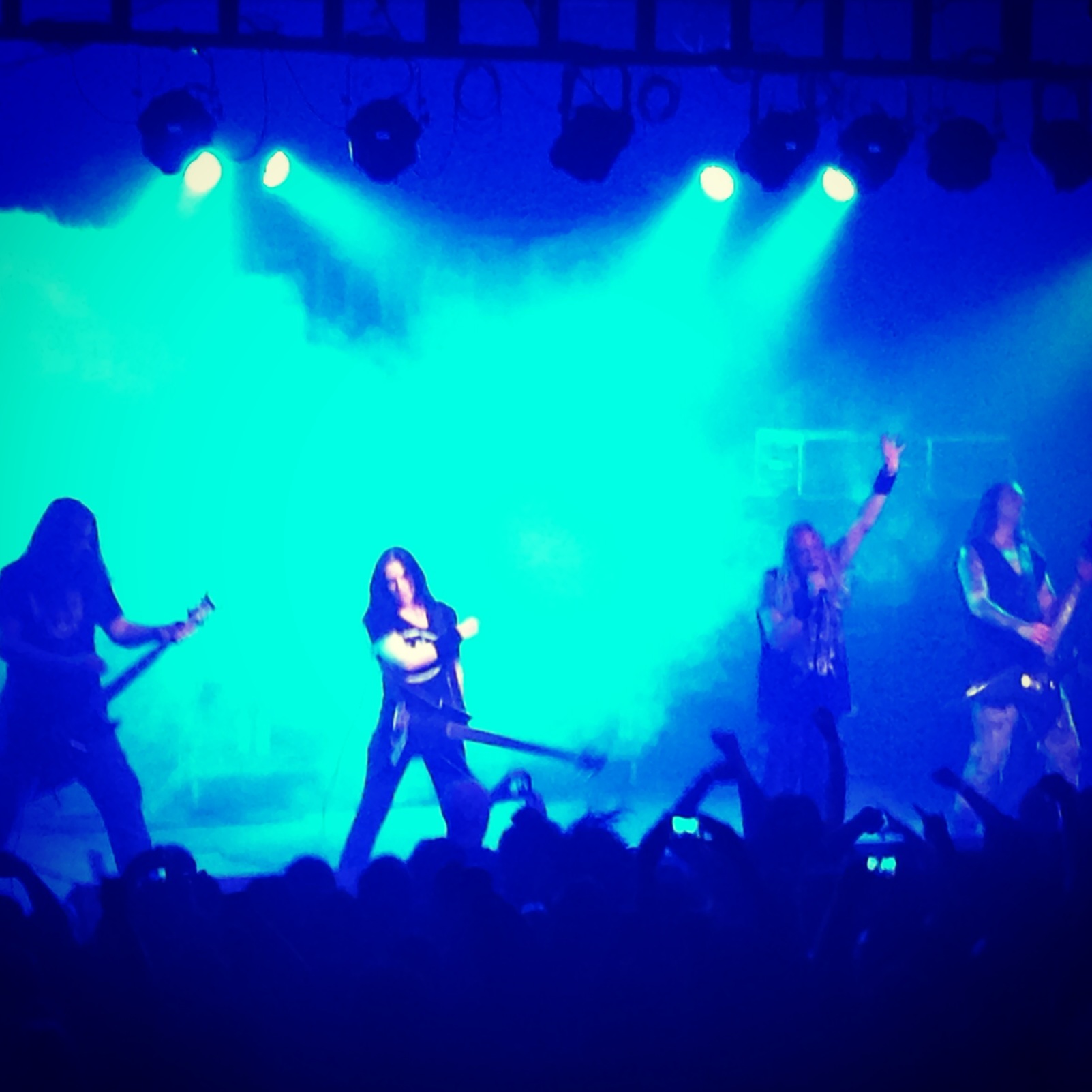 As the lights dimmed for Bolt Thrower, you could cut the anticipation in the air with, well, a Power Sword. It was immediately apparent that this band is on another level. From the beginning notes of “The IVth Crusade” to “Powder Burns”, I worked on wrapping my head around the fact that I was experiencing one of the heaviest and perhaps nerdiest sets of my life. Their sound was full-bodied, the groove and grind cut the sometimes overbearing straight death metal in a way that made it more digestible. Gazing down upon the crowd, while some were in an almost trance, others were in a full on battle. The most memorable crowd moments would have to be the girl in some Warhammer-inspired costume who would crowdsurf repeatedly. But, for me, the whole set was about bassist Jo Bench. She’s just one of the guys up there, and that was refreshing to see. Also of note was the fact that Bolt Thrower shirts were $10 or $15…causing a line along the balcony and down to the main floor for most of the beginning of the night.

After the show, I somehow found myself watching the Eagles of Death Metal at 3:30am at some afterhours club, which I found to be an extremely humorous end to an evening of serious death metal.