It is fitting that my first live show of the year was Willie Nelson, the man that I’ve seen more throughout my life than some relatives, my musical godfather. He’s 75 now, and I knew this show would be bittersweet.

There was no opener listed, but several youngin’s came out on stage, the main one barefoot and vaguely familiar looking. Once the nasaly, bluesy voice started, I thought he might be one of Willie’s sons, which was confirmed shortly after. Another son, Micah, was on drums. The Promise of the Real, an unfortunate name in my opinion, takes a page more from Stevie Ray Vaughn than Willie. Lukas has some mad guitar chops, playing in convulsions, with his teeth and behind his head at points. It is a soulful and bluesy form of rock n roll, and got the crowd both young and old moving. At the end, Lukas told us ‘his dad will be right out’.

“Apparently the Hells Angels and Willie are friends”

Several interesting things occurred during the setup. First was the astonishingly high level of drunken behavior of the older members of the crowd. There were at least 4 belligerent grandmas, and 7 drunk tank worthy grandpas in my immediate vicinity. Second was the Hells Angels. In place of the usual photographers who file into the space between the barrier and the stage right before a show, a group of large men wearing the symbolic Hells Angels vests took a front row seat at the barrier. Not only did they sit there, but they lined the stage with the cups of whiskey and ate nachos and steak sandwiches while the set began. Apparently the Hells Angels and Willie are friends. “Now, I’ve seen joints thrown on stage, but an entire ounce of weed?”

Willie leads the pack on stage, followed by his sister Bobbie on piano, drummer Paul English, Mickey Raphael on harmonica, and Lukas. Willie is all smiles, but he looks so fragile. He’s gained a little weight since I saw him last, and the fact that he’s wearing New Balance sneakers symbolizes old age to me more than they should. He puts on his non traditional guitar strap and launches into “Whiskey River”. The crowd responds wildly. One shirt-like object gets thrown onto the stage, followed by a second one. And then something else gets thrown onto the stage which I had to get photographic evidence of lest you wouldn’t believe it. Now, I’ve seen joints thrown on stage, but an entire ounce of weed? Inconceivable. Like Willie needs it. Tonight, the hits would flow into one another, and none of them seemed long enough. Willie’s softened voice was filled in by Lukas, and the crowd was asked to participate in the choruses that everyone knew by heart. While his voice may be fading, his guitar playing was still admirable. You can tell that he and Trigger have been together for many years. While the guitar is, in a sense, beat to hell, there are times when he is playing it that the light hits it and the sheen makes it look like it’s made of gold. It sure sounds like it.

“I used to fake a heart attack and fall down on the floor/ But even I don’t think that’s funny anymore.”

We were treated to “Crazy”, “Blue Eyes”, “Bloody Mary Morning”, “Mama Don’t Let Your Babies Grow Up to Be Cowboys” (always a confusing song for me as a kid with cowboy parents), “Angel Flying Too Close to the Ground”, “You Were Always On My Mind” (ugh, *tear* saddest song….), “Last Thing I Needed This Morning”, “Georgia”, “On the Road Again”, “Will the Circle Be Unbroken”, “Texas Flood”, Hank Williams’ “Movin’ On Over” and “Hey Good Lookin'”, and the new song “Superman”, which brought a good chuckle to all with the line “I used to fake a heart attack and fall down on the floor/ But even I don’t think that’s funny anymore.” Finishing up with “I’ll Fly Away” was a really somber goodbye.

Seeing him up there with Lukas is what really made the night sad for me. It was like he was passing the torch, reminding me that this could be the last time I see him. It’s funny how time slips away. 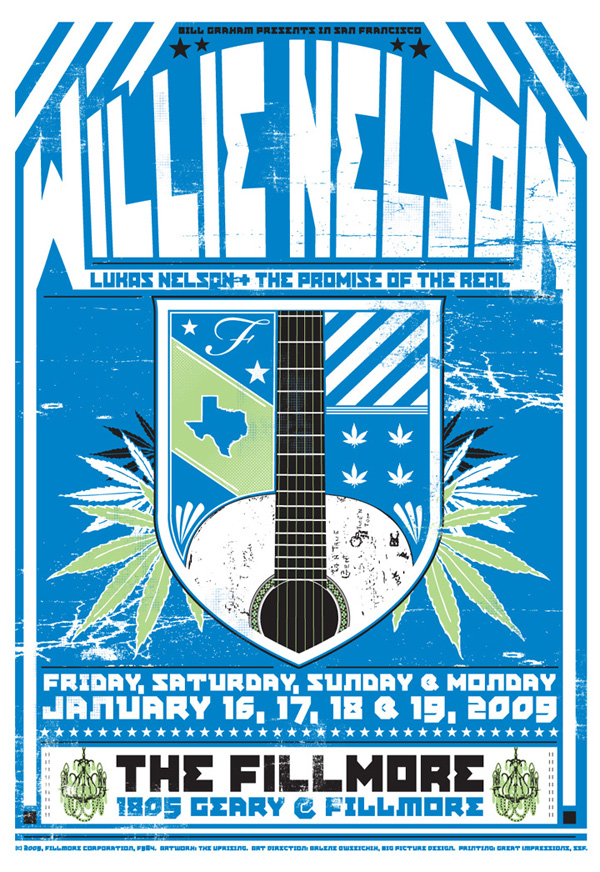