It was with much antici…..pation that I looked forward to my first trip back to California after moving away in July. It is too soon to return to SF, but LA has always been a happy escape for me. Halloween is my favorite holiday, and I had a great time spending it in LA last year.

It would be my first time back to The Wiltern since the final NIN show, and as we walked past oodles of papparazi I had flashbacks to all of us emotionally charged goth kids waiting on the sidewalk.

While most costumes were Rocky Horror inspired, we opted to do something I’ve been wanting to do for years: the creepy twins from The Shining. This was before we even realized that Jack Nicholson would be part of the tribute. 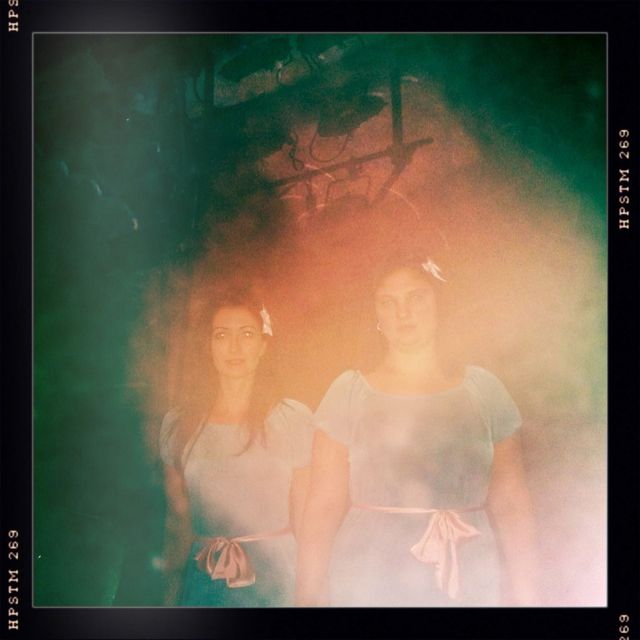 Immediately before the show began, there was a commotion down to my right. A limp guy was carried out by two security guards, and this was the type of show where I wasn’t sure if it was real or fake. 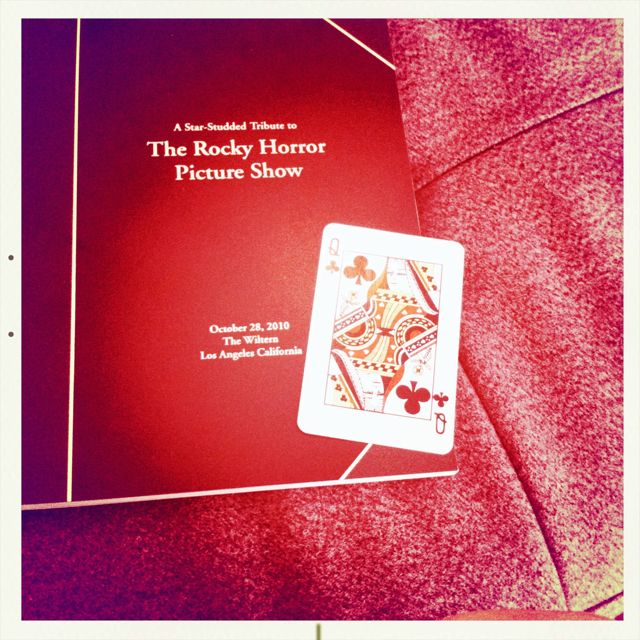 The show began with a brief introduction from the guy who has run the Rocky Horror fan club since inception and has seen the film Guiness Book of World Record type numbers. He calls out that Burt Baccharat is in the audience, and everyone in the audience yells “asshole!” at him when prompted to call him what ‘we call Brad’. And the audience participation started then. 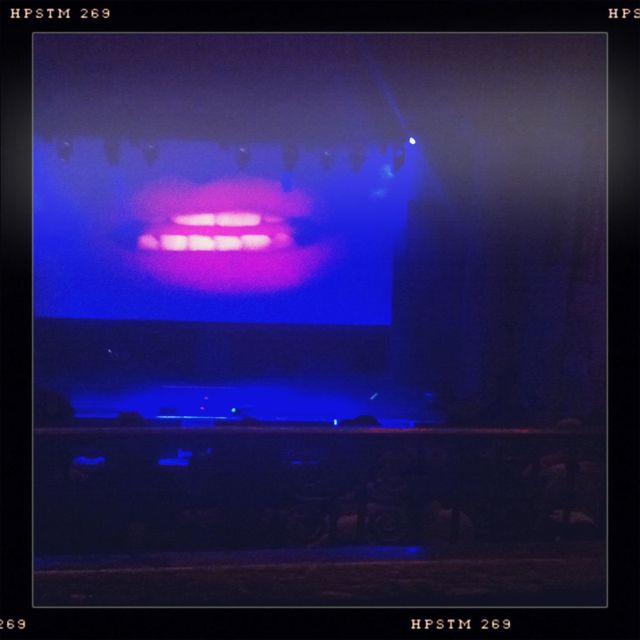 The film began on the big screen and underneath emerged the shadow cast; actors dressed as the characters who mimed and mouthed every moved with extreme precision. When it would come time for one of the stars to come out and perform a role, a spotlight would illuminate them, but their shadow cast counterpart would also remain on stage. This was mildly confusing from afar at first.

First to appear were 2 people from Glee as Brad and Janet. I do not watch Glee, I barely even know what it is, but it was cute to watch my friend, as they say, ‘Gleek out’. Next was Jack Nicholson as the narrator…and unfortunately my view of him was obstructed, but the crowd reaction was deafening. When people started yelling the participation parts, he stopped to say, “they warned me you would do this….” 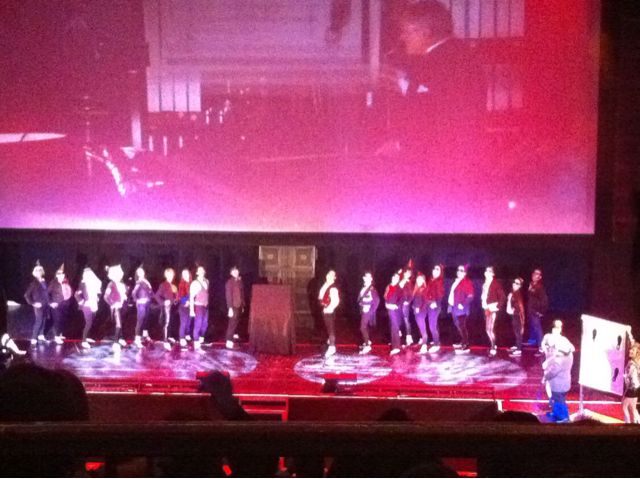 The highlight by far of the show was Julian McMahon as Dr. Frank-N-Furter.

Another highlight was how they did the bedroom scenes behind a backlit curtain using vulgar shadows that went way beyond the film. This part had the audience in stitches. 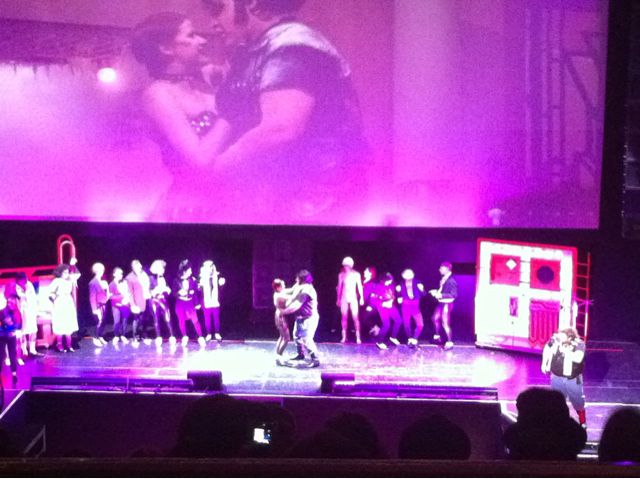 After the introductions, a few surprise guests were brought on stage, including Barry Bostwick- the original Brad, and Tim Curry! And the crowd…went….wild. 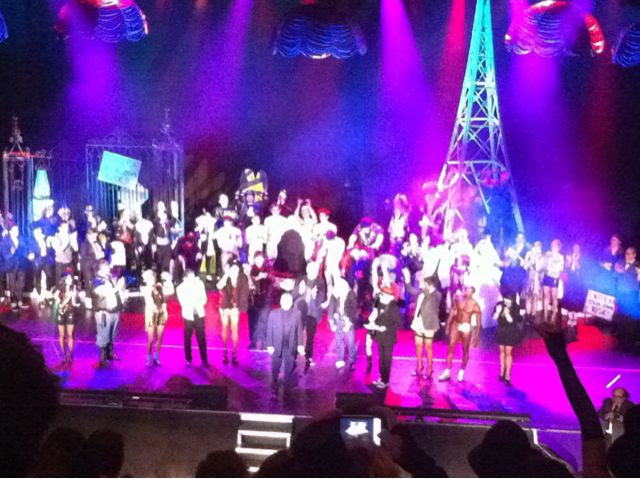 For the grand finale, we were bathed in confetti, before going back out to the streets of Koreatown. 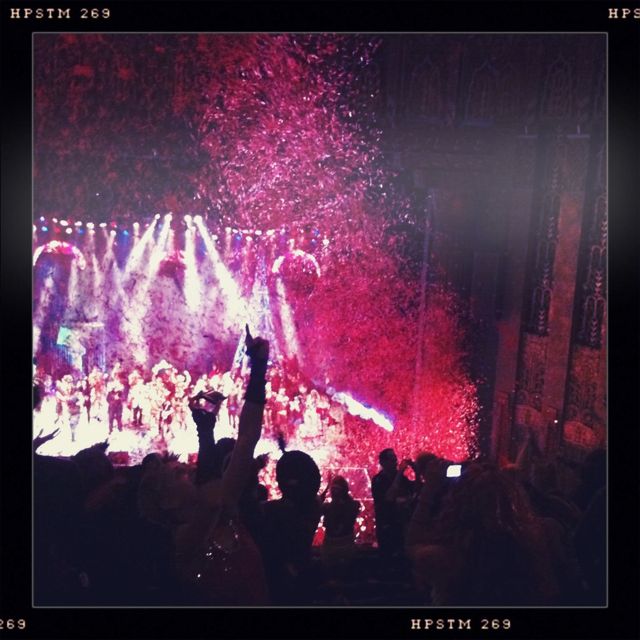 Rocky Horror is such an interesting slice of cult culture. The story; so bizarre yet still relevant in terms of it’s poking fun at traditions, repression, and acceptance of alternative lifestyles. The crowd participation, the music….it’s such an event. I first saw Rocky Horror in 1993 at 13 years old, and I remember it helping me understand what a cult film is, as well as appreciating films that don’t fit a mold (it was the same year I watched my first David Lynch film and John Waters film). Since then, I’ve seen two stage productions, and it’s always been a really fun time. Tonight was no exception, and it benefited a great cause, the Painted Turtle.