The Hurt That Finds You First: Meshuggah, Baroness, Decapitated @ Emo’s, 5/1/12

“You’ve been here as much as me this week!” the security at the door of Emo’s tells me. Yeah….

It’s been a while since I’ve frequented a venue so much that I have ‘a spot’…it’s like my San Francisco days all over again. 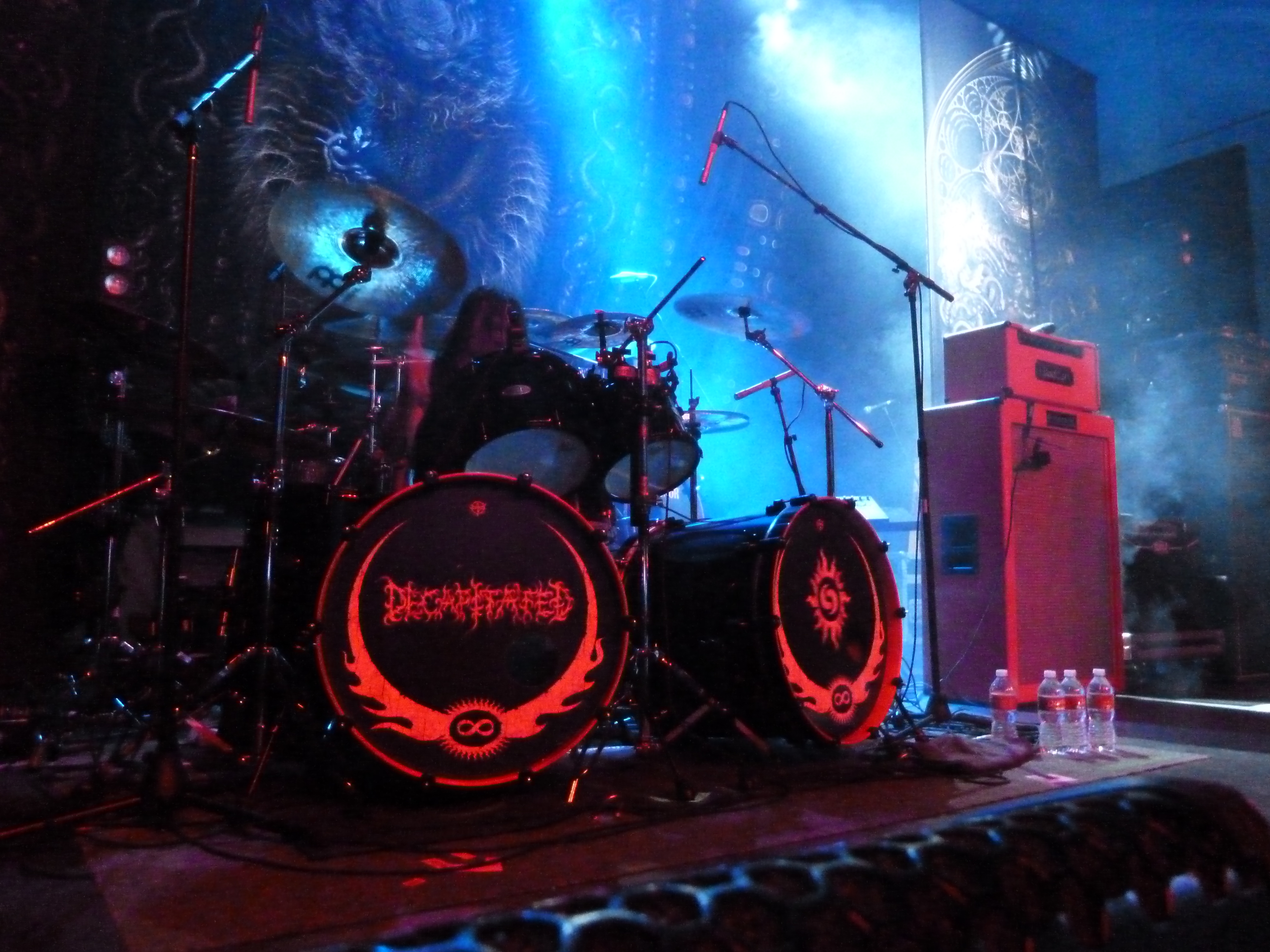 Decapitated’s grooving tech-death metal got the crowd riled up early on. I had just seen their Polish metal brothers a couple nights before. This set was wildly different from when I saw them last year in LA; vocalist Rafal spent a lot of time in the crowd; by the end of the set he flat out went into the pit and did the final song from there. The dreads flew as the band and the crowd pounded towards each other during favorites “Post Organic” and “Spheres of Madness”. By the end of it, it was kind of hard to believe that this was the opener. 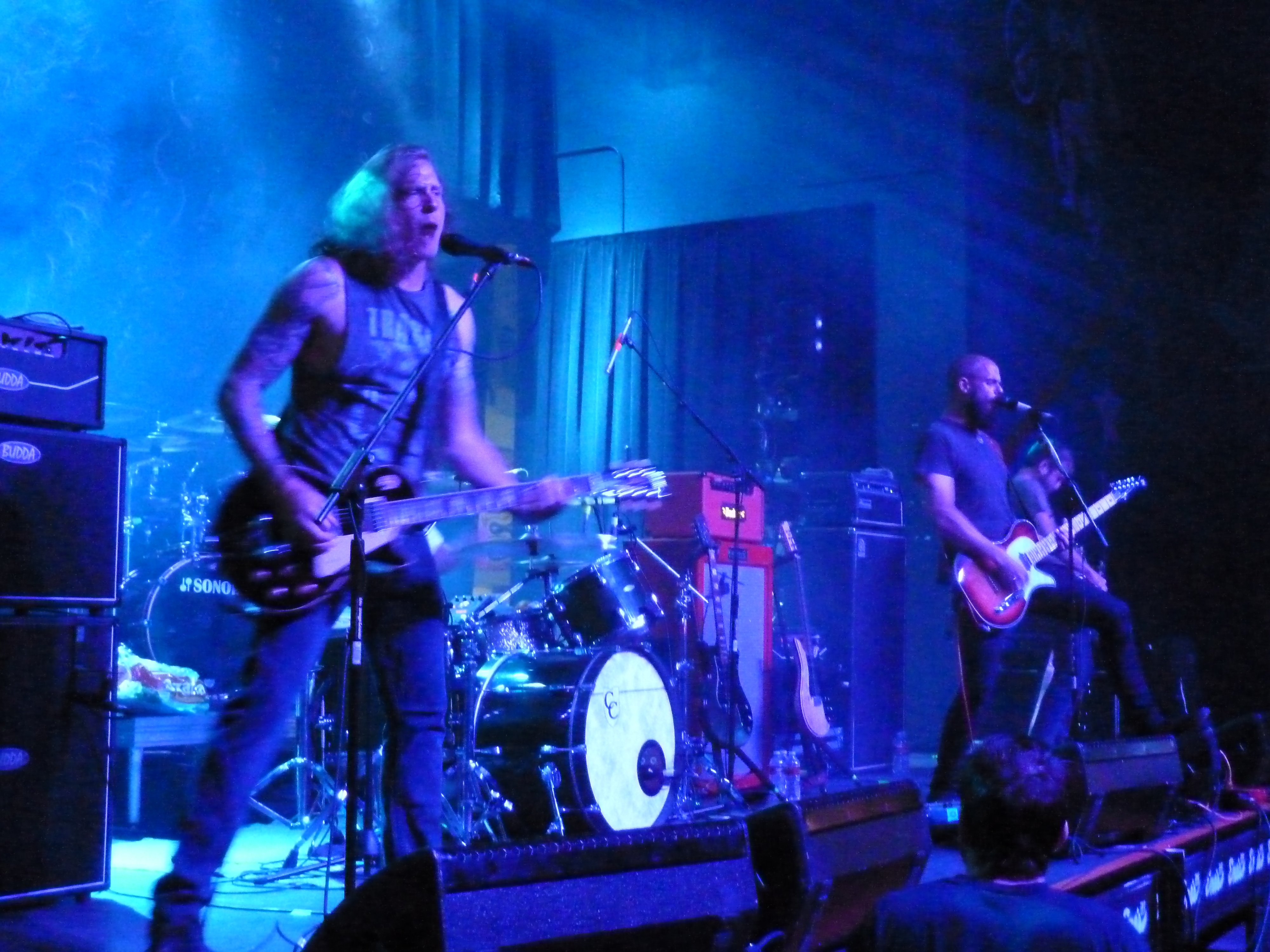 I’ll admit that the first time I heard about this tour lineup, the excitement was quickly followed by scratching my head at the idea that Baroness was included in the mix. I really like Baroness, but in this context….especially in the middle…it seemed so strange to me. But it magically worked…really, really well actually. Standing in front of guitarist Peter Adams during the opener “Ogeechee Hymnal”; I hadn’t been that charmed by a guitar’s sound in a long time. Like to the point that I wanted to pick one up again. After the hard and heavy of Decapitated, Baroness sounded so rich and intricate. Baroness have been referred to as “hipster” or maybe even more derogatorily, “girlfriend” metal…go ahead, label me a hipster girlfriend. I ranted about this in length the first time I saw them. I find Baroness to be hopeful in tone, it proved to be a refreshing break between intense sets, and they turned up the harder parts of their songs accordingly. It had been over three years since I’d seen the mighty Meshuggah. They came out on stage and stood there and stared, and stared…all in a row. It seemed like sooo much time passed as they stood there, and then they erupted into “Demiurge”. It was immediately apparent that this band was at their peak. They’ve done it right; they went into hibernation after ObZen and gave the fans and themselves a break before coming back out full force with a polished album and tour. In marketing this is referred to as a feast and famine approach.

For whatever reason I wasn’t expecting this show to get too terribly crazy, at least not in “my” spot on the periphery of the rail. And it was a Tuesday night. But the place collectively lost it’s minds. Bodies were slamming everywhere, fists flying in the air. 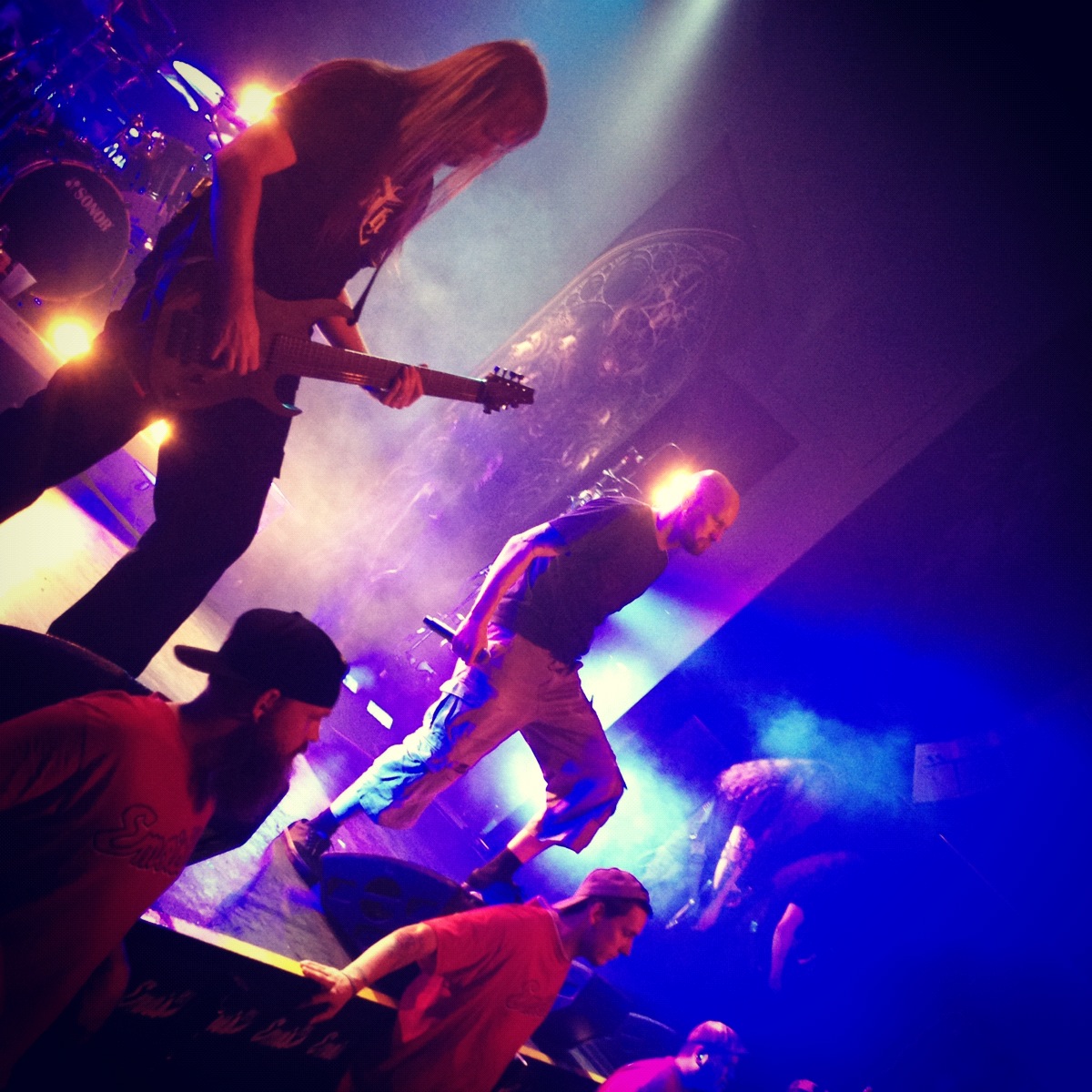 Meshuggah are like a soundtrack to a sci-fi thriller, particularly a climax scene. The technicality of the guitars work your brain, the constant hammering of Tomas Haake gets your heart to race. Jens Kidman’s crouched stance is so distinct as the vocals lurch from deep within. On to “Combustion” and my favorite of ObZen, “Lethargica”, we are all deeply immersed within this set. It’s early in their tour, and my twitter and instagram are flooded with envious fans awaiting their turn with the band.

As the set progressed, people around me were falling off due to exhaustion. Not only was it physically stressful, but Meshuggah’s music is like a workout for your mind at times. The atypical time signatures, they put your brain on overdrive. The setlist seemed to be crafted with this in mind. I mean, there was practically an intermission in the middle before coming back and killing us with “Bleed”. 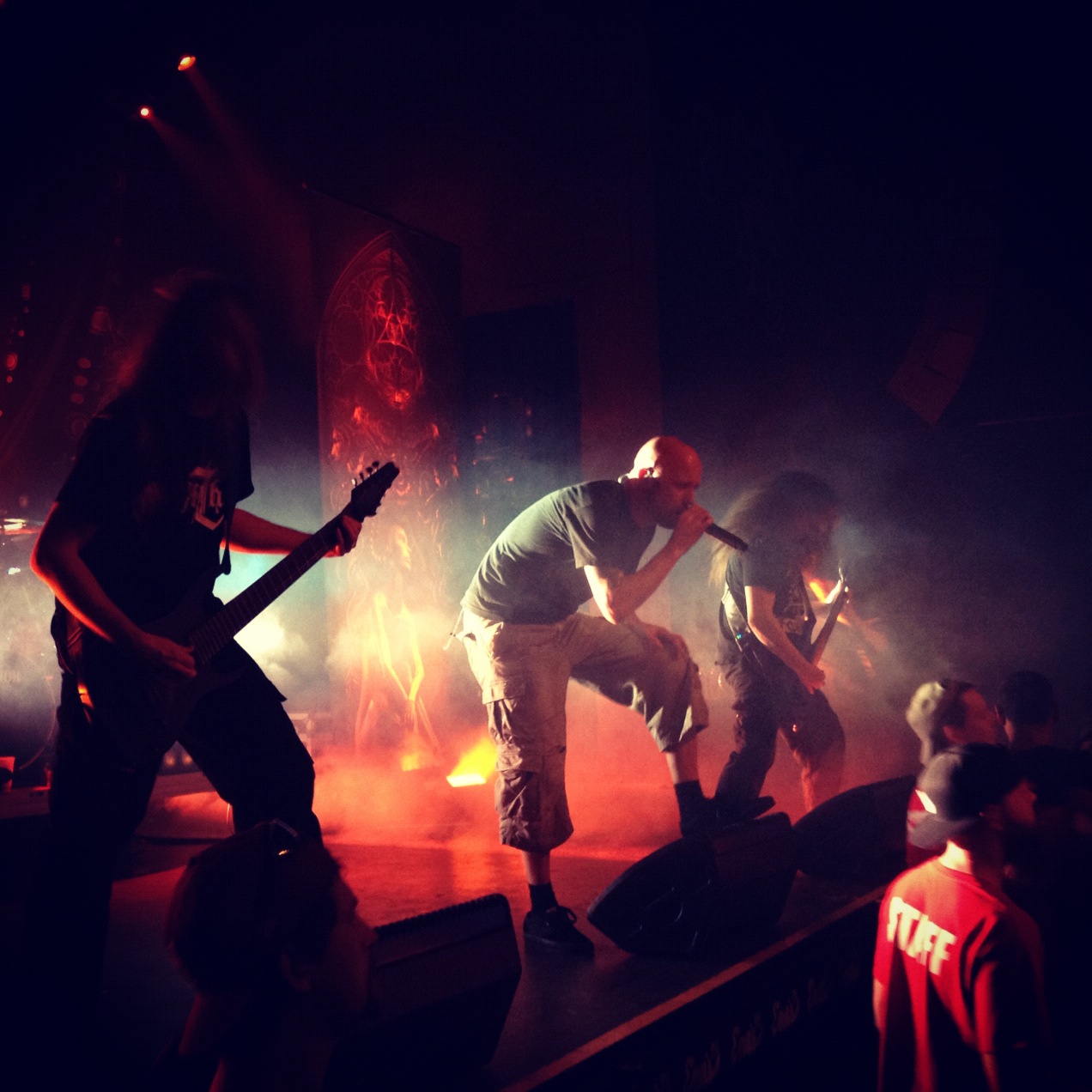 I thought it was funny when Kidman took out a camera towards the end and filmed the crowd and the band. But perhaps not as funny as the fact that I was smack between a pregnant girl and what can only be defined as The Screamer…the girl that makes high pitched screams between and sometimes during songs. I’ve heard it from afar but never up close…I tried to shrug it off because her enthusiasm was admirable, or something.

Meshuggah’s energy and skill for this show were next level; definitely try to catch it when it comes near you.

And if you do…I missed out on the special Baroness poster. If someone can snag one for me I’ll gladly pay for it!