Ah, the beginning of SXSW.

As I walked around during the day, I saw the noticeable changeover in people as the Interactive portion of the festival gave way for Music. The Google branded house on my street now has a Funnel Cake vendor out front…and that about says it all.

I’ve been bitching and moaning about the Emo’s move- how it doesn’t seem like SXSW without having shows going on in the old space- and how the new space doesn’t seem right. But for my first show of the week, I made the little drive over to a free metal show there…and was surprised at how the venue is starting to feel a bit more like Emo’s. The bleachers in the back…a skate ramp on the side….some of the old artwork hanging…the gumball machine full of earplugs.

Venomous Maximus‘s sludgy rock kicked off the week right for me. As soon a their gritty tone infiltrated my ears, I went from being a little ambivalent about this year’s SXSW and focused on what it’s all about: seeing bands in their raw form. To me, SXSW is a meeting of the hungriest bands and the hungriest fans; it’s where I usually find the new bands I get into for the rest of the year. It’s exciting, but down to earth…my favorite combination. Venomous Maximus are from Houston- my birthplace- a town which I seldom associate with metal. I hope to see them again in Austin soon. 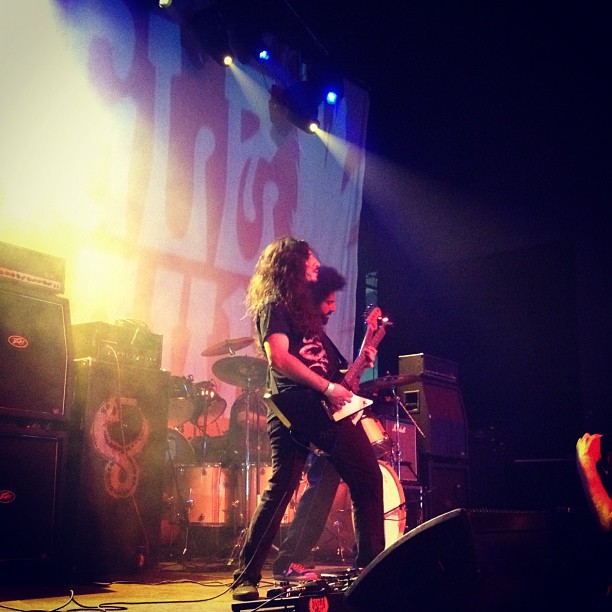 Eagle Claw are The Opening Band for metal shows in Austin, so I’ve seen them a lot, and it seems like they get better every time. Heavy instrumental metal is my favorite genre to listen to when I’m working…so sometimes it can fall a little flat for me in a live setting…but these guys have a good stage presence. Paired with imagery of battles in the background, their set takes you on a journey from one band to the next. And you know what they say: it’s about the journey, not the destination. 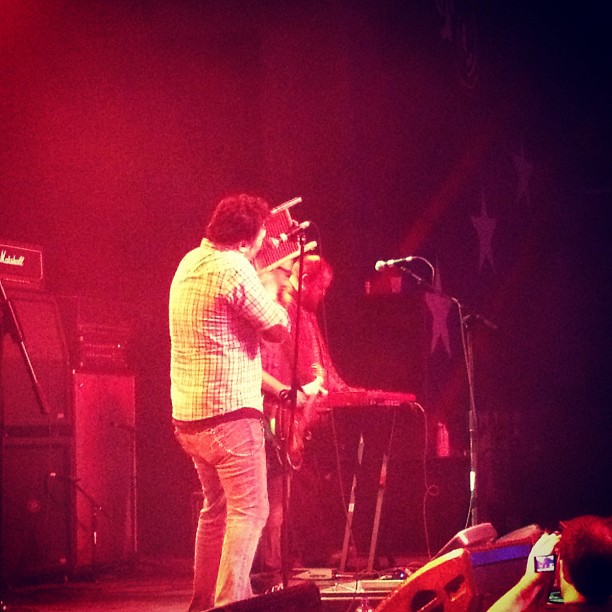 Which brings me to Iron Tongue. I think that, in the company of other bands, I would have liked them more…but it seemed like an odd fit. I did enjoy seeing the washboard implemented into metal-tinged rock, but for the most part I watched the show’s most drunk guy standing next to me chewing on an unlit cigarette and swaying around. 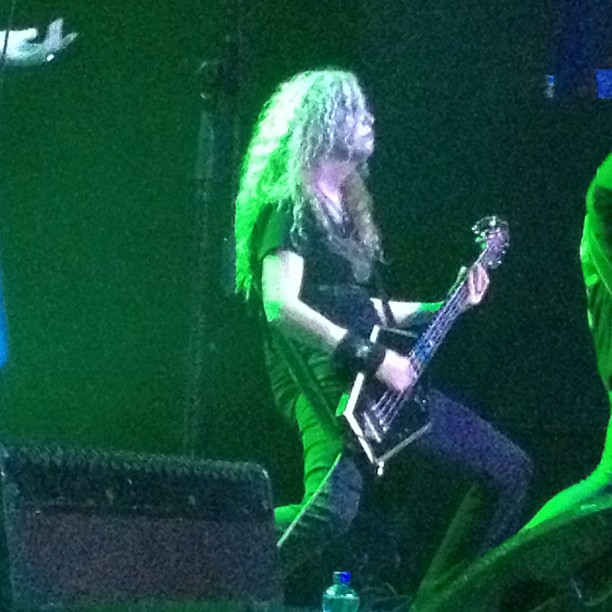 Star & Dagger are what brought me to Emo’s that night. My first metal show featured White Zombie, and seeing Sean Yseult on bass made a real impression on me concerning women and metal. This was my first time to see her play since then…over 15 years ago! And to see her on stage with some of those same moves with that coffin bass; it dusted off cobwebbed memories of that first metal show locked away somewhere. The band as a whole has a bluesy hard rock vibe, fronted by a woman who channels Cherie Currie a decade or so post-Runaways. They were fun to watch, if a little rough around the edges since it seems pretty new. The other female member of the band on lead guitar played wonderfully, but looked somewhere between pissed off and frightened of the crowd to a point where it kept distracting me. The band was filled out by a guitarist from Eagles of Death Metal and a drummer from Queens of the Stone Age. 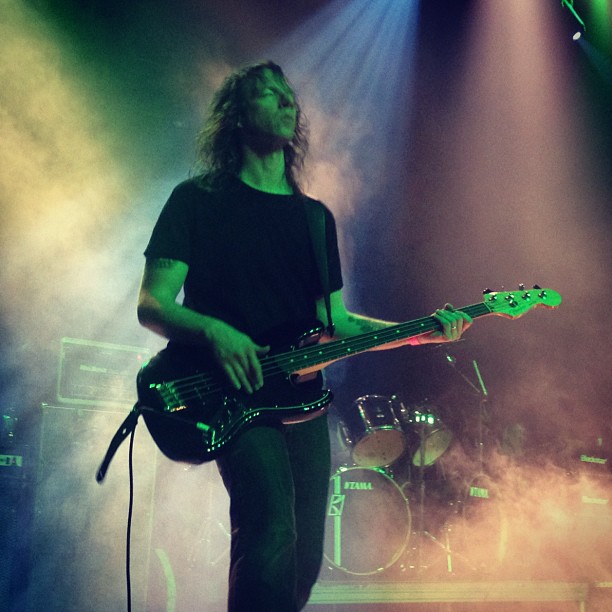 High on Fire are heavy hitting this SXSW- it is easier to ask where they aren’t playing rather than where they are. Their presence is in anticipation of the release of De Vermis Mysterris, which means ‘mysteries of the worm’, apparently. Seeing High on Fire always reminds me of the Fall when I followed the Mastodon/Dethklok/Converge/High on Fire tour around the country…good, good memories. Matt Pike is one of my all around favorite rock stars- for his playing and his authenticity- but this time I have to admit that when I saw him, I feared for his well being. Playing shirtless leaves little to the imagination. But beyond that, we heard a lot of new songs, which by the end of this week will probably become oldies to me.

And the cherry on top of the first SXSW show: an awesome poster to add to the collection! 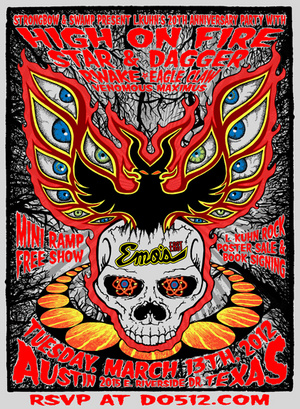