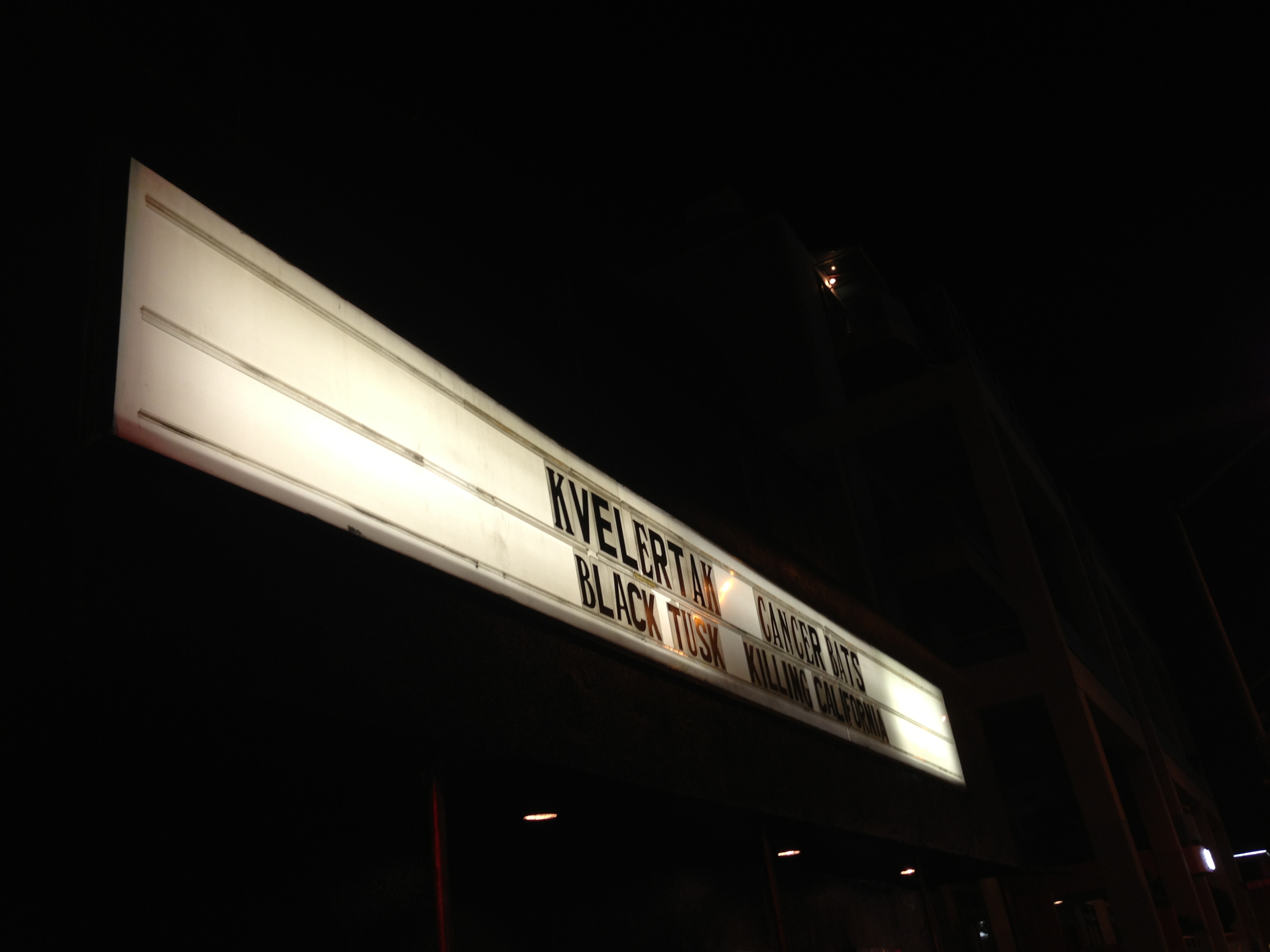 The rare metal show at The Roxy is always an exciting thing, and as I walked up to buy a ticket that night at the door, I had a pleasant moment of luck as some guy who was very angry at The Roxy personnel for not letting him scalp it out front, gave me his extra ticket for free. Which is nice considering I spent so much on Prince the night before. 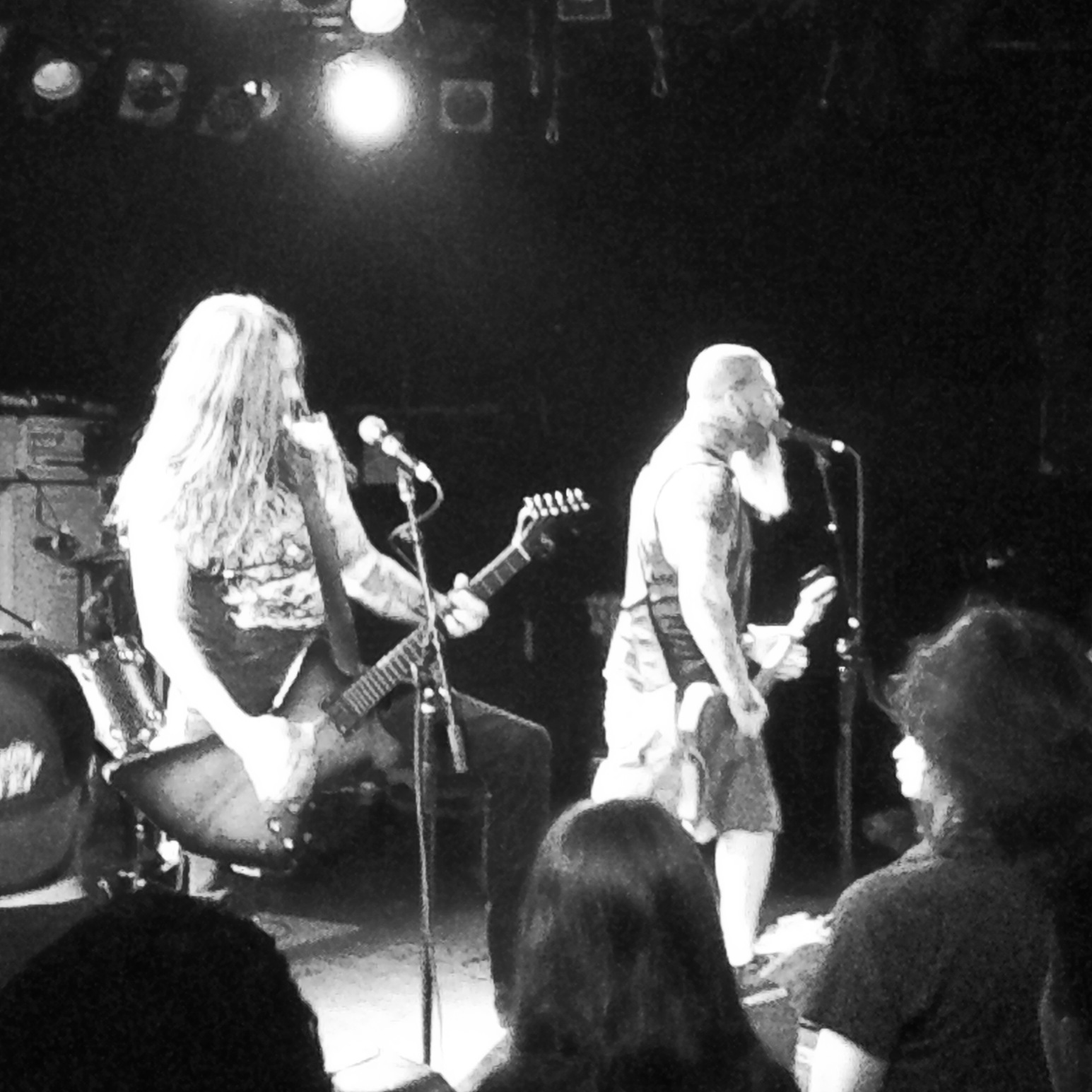 Inside and in my usual spot, I watched Black Tusk play their final notes before Cancer Bats hit the stage. I knew nothing about Cancer Bats going into this set besides “Lucifer’s Rocking Chair”, but I thoroughly enjoyed their high energy set. Their placement after Savannah’s Black Tusk provided an good transition into their Southern-tinged sound, even though they are from our Northern neighbors, Toronto, Canada. The crowd was whipped up into a frenzy, singing along ferociously. There was an overlying feeling of positivity to their set, even when they talked about how they had their van break down in Oregon and had to abandon their gear and merch and squeeze in with the Black Tusk guys. 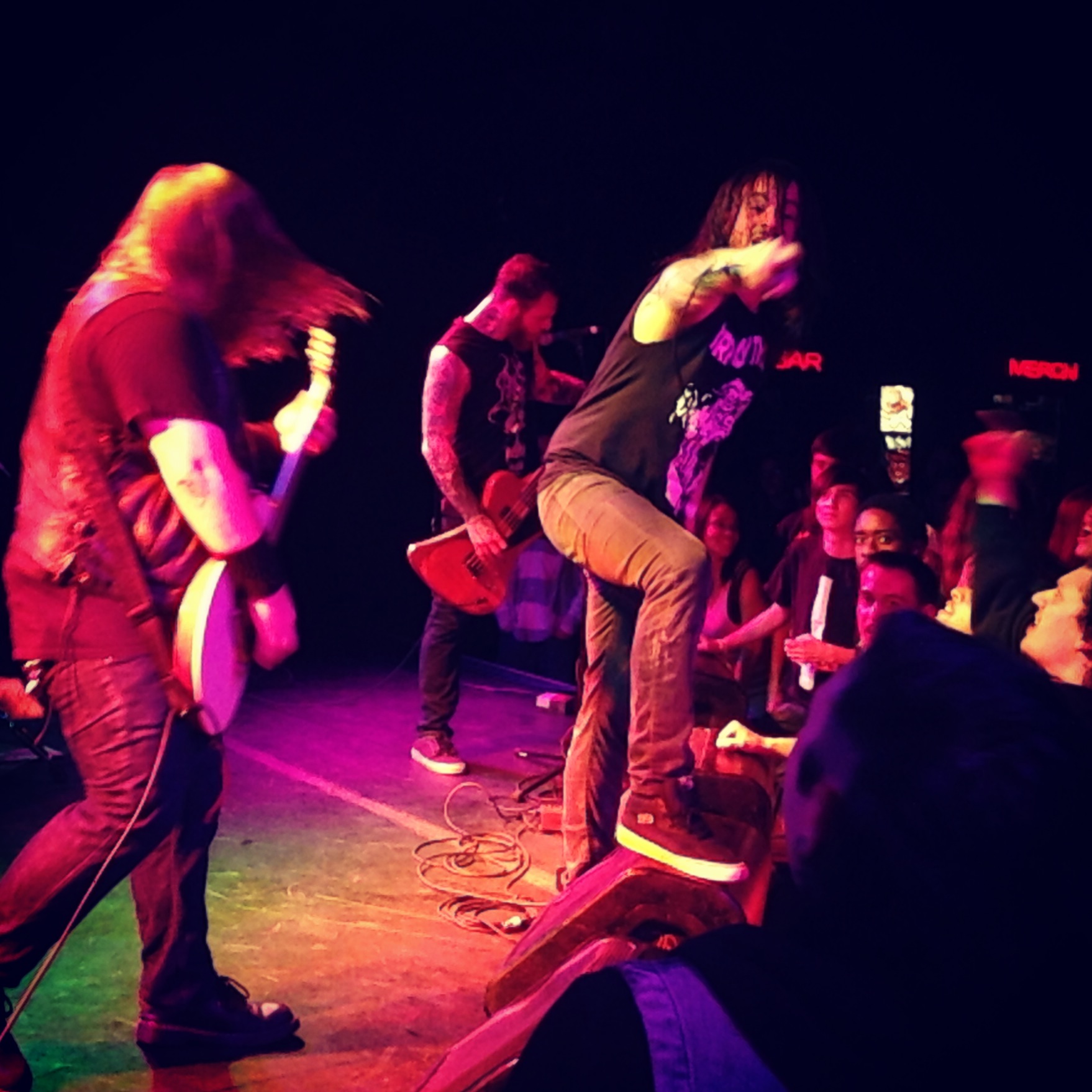 The room was totally full as the curtain lifted for Kvelertak. From seeing them on their first tour in the US, to in a college basement in London, to last year even…all of a sudden every one in that room was singing along and grooving to the riffs. When vocalist, Erland Hjelvik, started sticking the mic in people’s faces to let them sing, I was surprised that so many Los Angelenos knew how to speak Norwegian. The band’s explosive energy hasn’t waned with 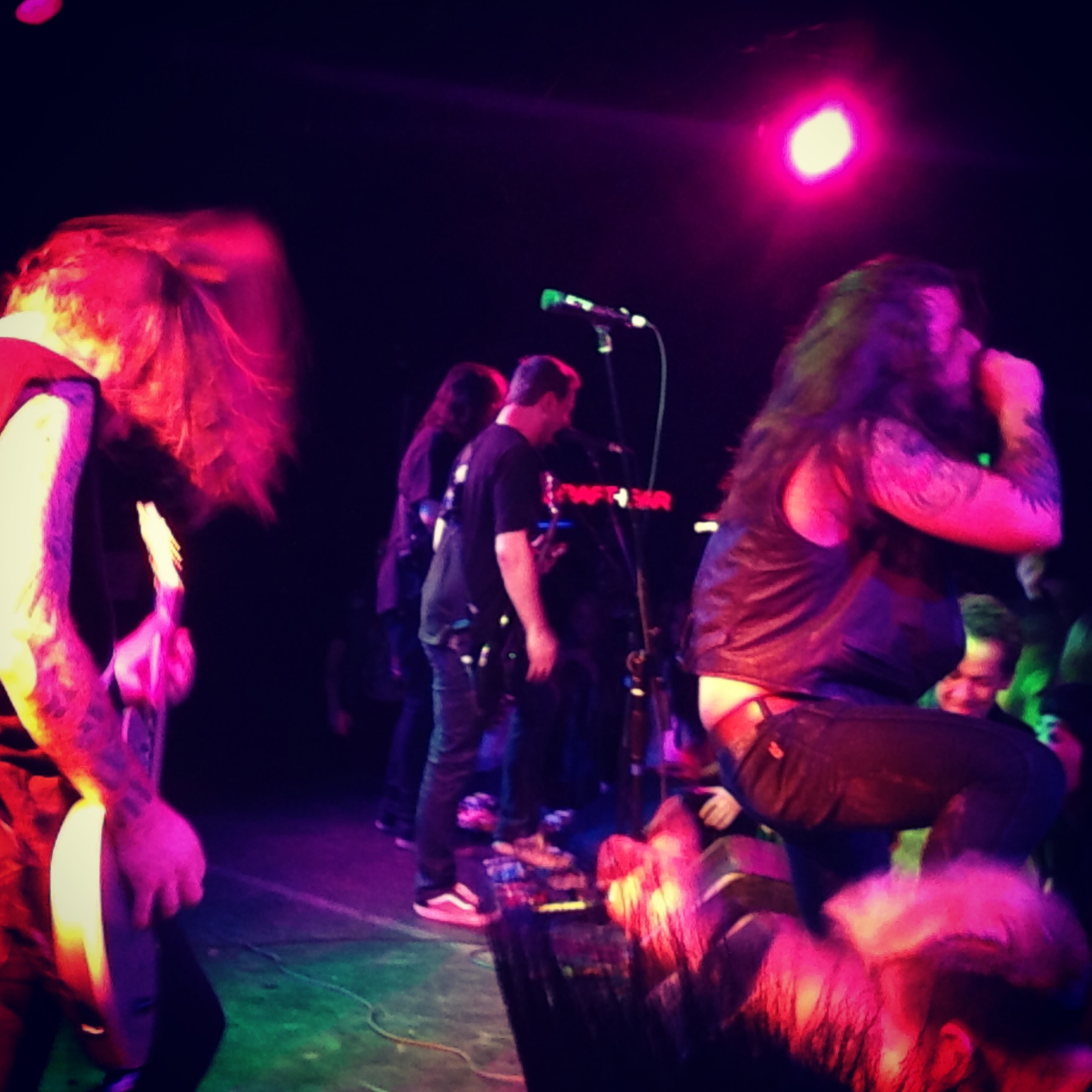 the release of their sophomore effort, Meir. My favorite move would have to be Erland’s side kick / grunt combo. It’s the best. This would be the first time that I was able to watch drummer Kjetil GjermundrÃ¸d play…holy shit, new favorite drummer. Starting off with a new track and then meandering back and forth between “old” and new ones, Erland would sometimes get caught up in the moment and launch himself into the crowd, who welcomed him in their arms and would gradually get him safely back to the stage. And there was so much spit…so much spit. I barely missed out on getting covered in Norwegian DNA many times. Wait a minute, that didn’t sound right. Anyway, Kvelertak sets are always fun, and that first album will always hold a special place for me. I’m going to assume I’ll only be seeing this band in bigger and bigger venues from here on out.