“Why isn’t anyone here?”

10 minutes later and a trek down a homeless person addled stairway to the other entrance and back.

“How did so many people suddenly get here?”

“I don’t know when the last time I waited in line for a show was.”

“Everyone here is so young!”

“Why does everyone smoke!?”

It was 10:30p on a Sunday night by the time we made it inside the Echoplex. We scored a table and started people watching. The sparkly reflections cast by the disco ball paired with the out of place looking DJ made us feel like we were at a high school dance. Especially when the opening band started, and their popped collars, general aire of youth, and staccato flow on songs that seemed indicative of lack of experience made me really feel out of sorts.

“It’s not a good time for fashion.” 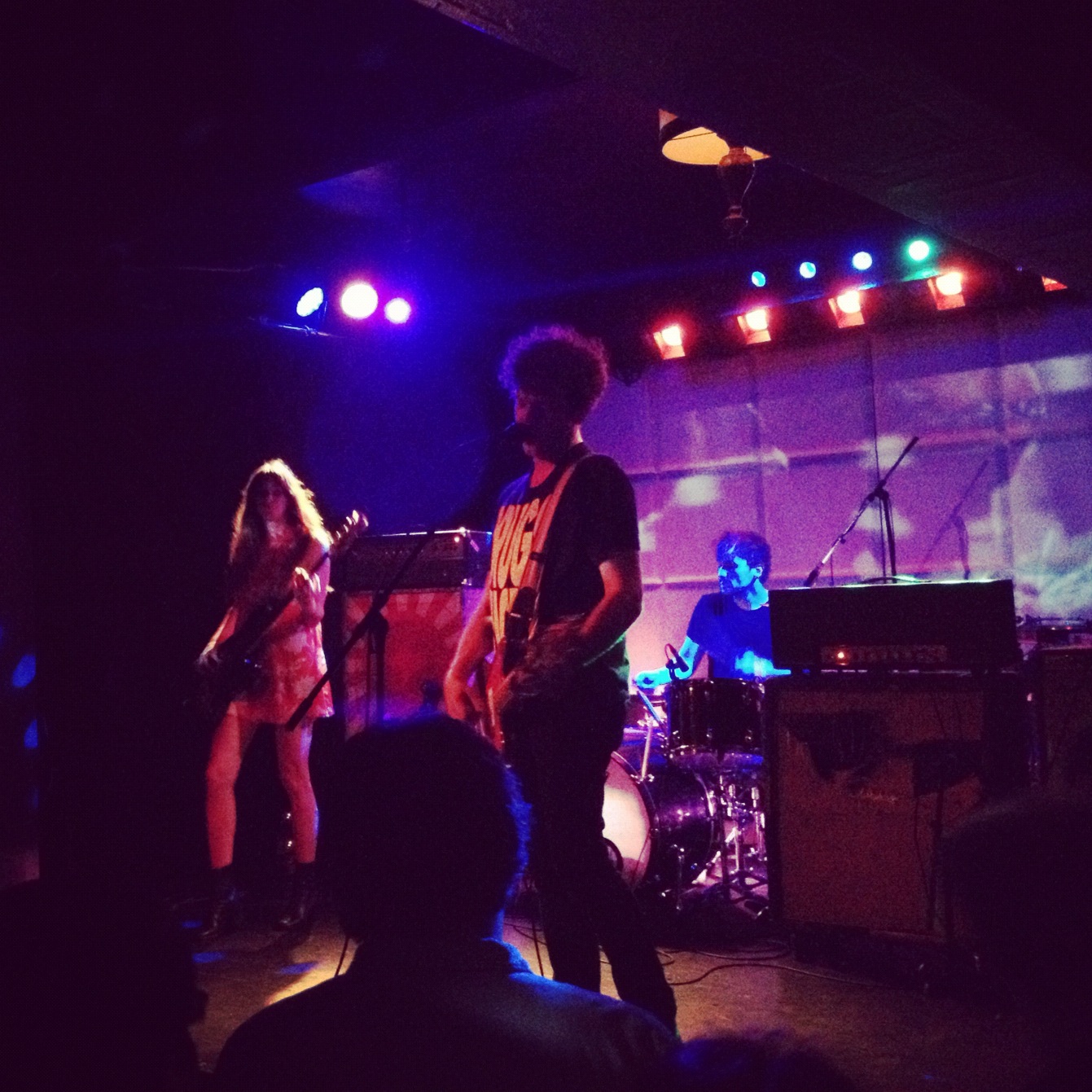 Just when I was having that ‘what am I doing here’ moment, Ringo Deathstarr emerged to save the day. I had seen them play a fairly short set at Austin Psych Fest earlier this year, and left hungry for more.

I don’t know what it is about psych shows that makes the space between songs so awkward. It’s partially the crowd shouting ‘I love you’s, part the all consuming sound cloud dissipating while silent musicians change instruments.

I like the way Ringo Deathstarr has a full spectrum rollercoaster of moods and tempos for their songs. It can be light and dancy, and then move to dark and almost headbang worthy. Under the glow of the disco ball, the feeling of the high school dance somewhat faded away.

Past midnight, we didn’t even stay for the headliner. It was a school night!