A couple of times a year for the past few years I’ve found myself amidst the multi-instrumental, festive, communal experience that is Folk Metal. It is still about as foreign to me as the lands from which these bands come from, but I find the whole song and dance really endearing. 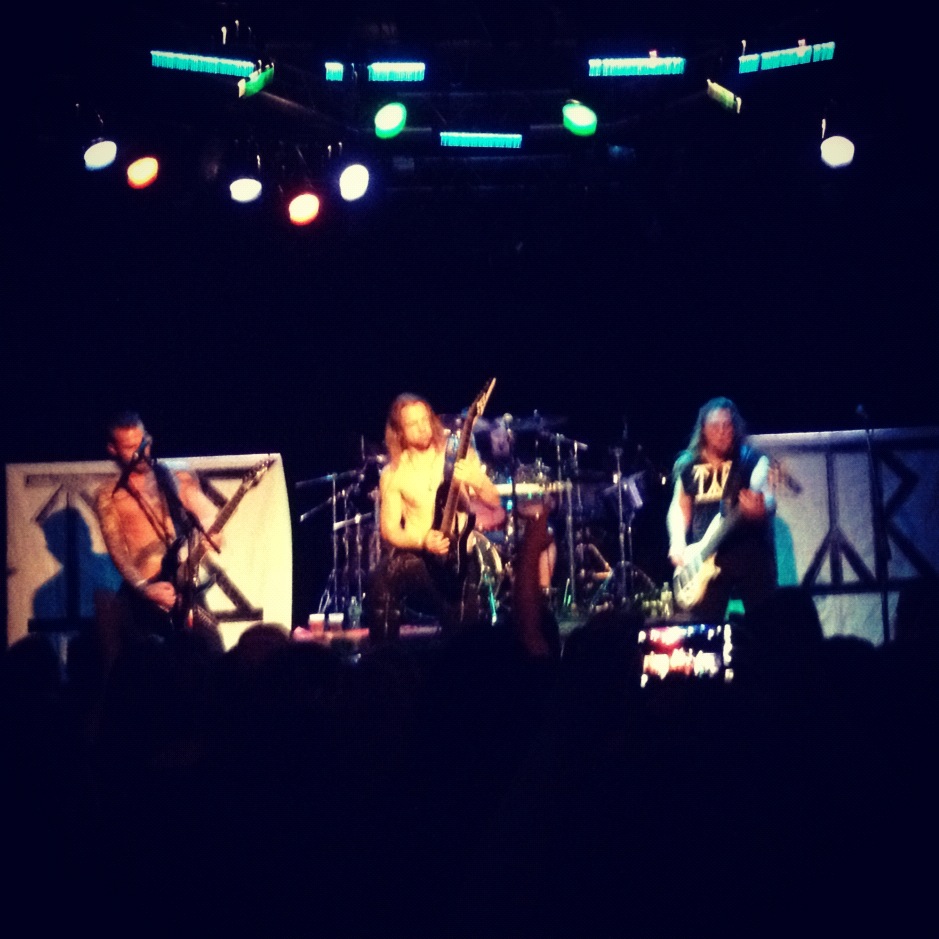 The historical Whisky A Go Go was packed as I entered the room in time to catch Tyr, Metal Blade’s newest signing. I stand corrected from my posts from the show- Tyr are not in fact from Denmark, but the Faroe Islands….insert joke about Americans and their bad knowledge of geography here. When faced with folk metal, I seem to be particularly keen on picking up on how each band slightly differs from the other. For Tyr, this was not only visible in their heavily tatted and pierced bodies and almost industrial looking garments, but their sound was heavily distorted. Perhaps this was partially a sound issue, but the fuzziness lent a different vibe to the set. 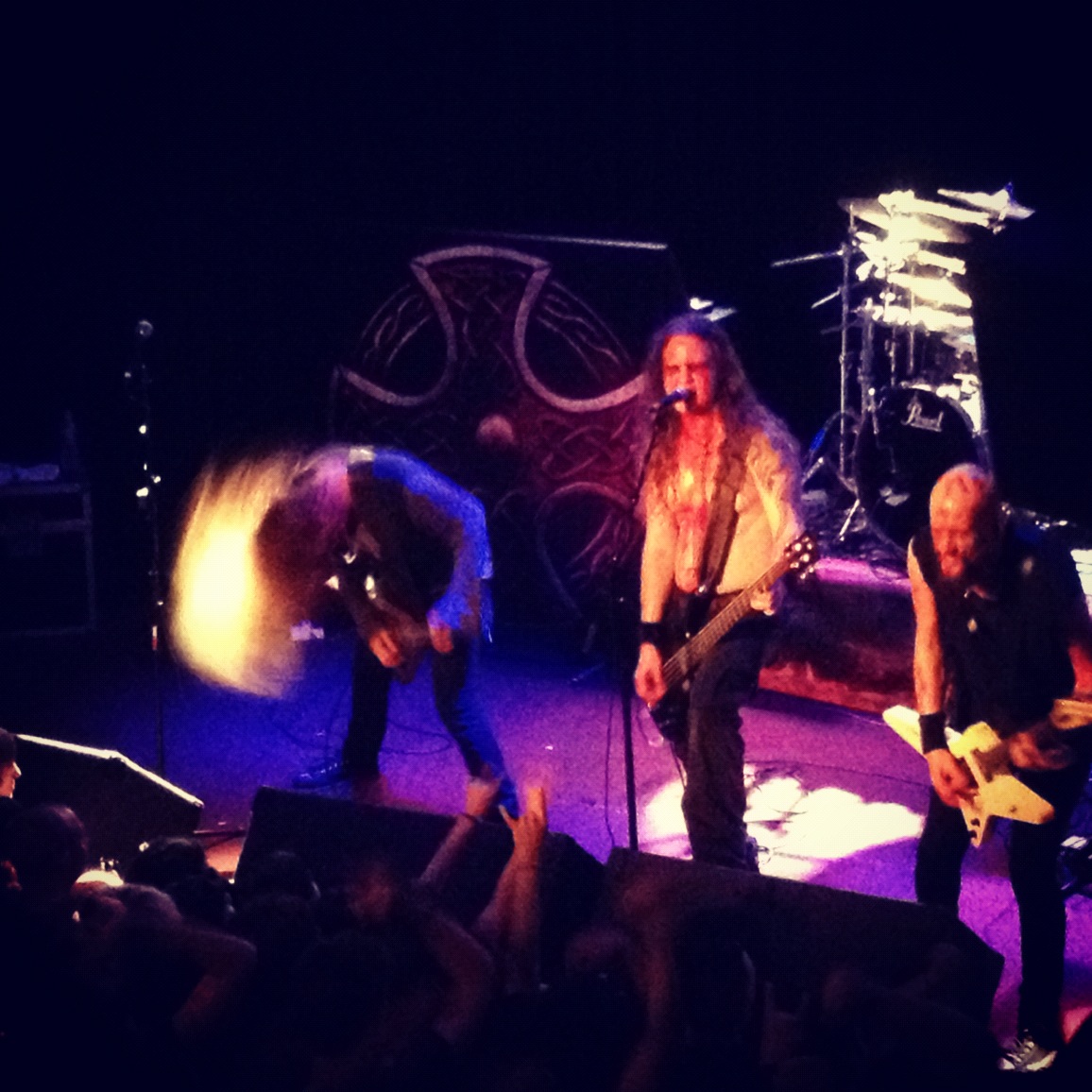 Moonsorrow, “epic Pagan metal” from Finland, descended the stairs of the Whisky covered in fake blood…which as readers know, will always grab my attention. Unfortunately, whatever they used was sweated off by the end of the set…but it didn’t matter because I think their set was the highlight of the show. This is probably because I was drawn to their- beyond the blood- injections of black metal into their sound. Their comparatively long supporting set continued to engage, moving back and forth from songs that reflected darkness and light. 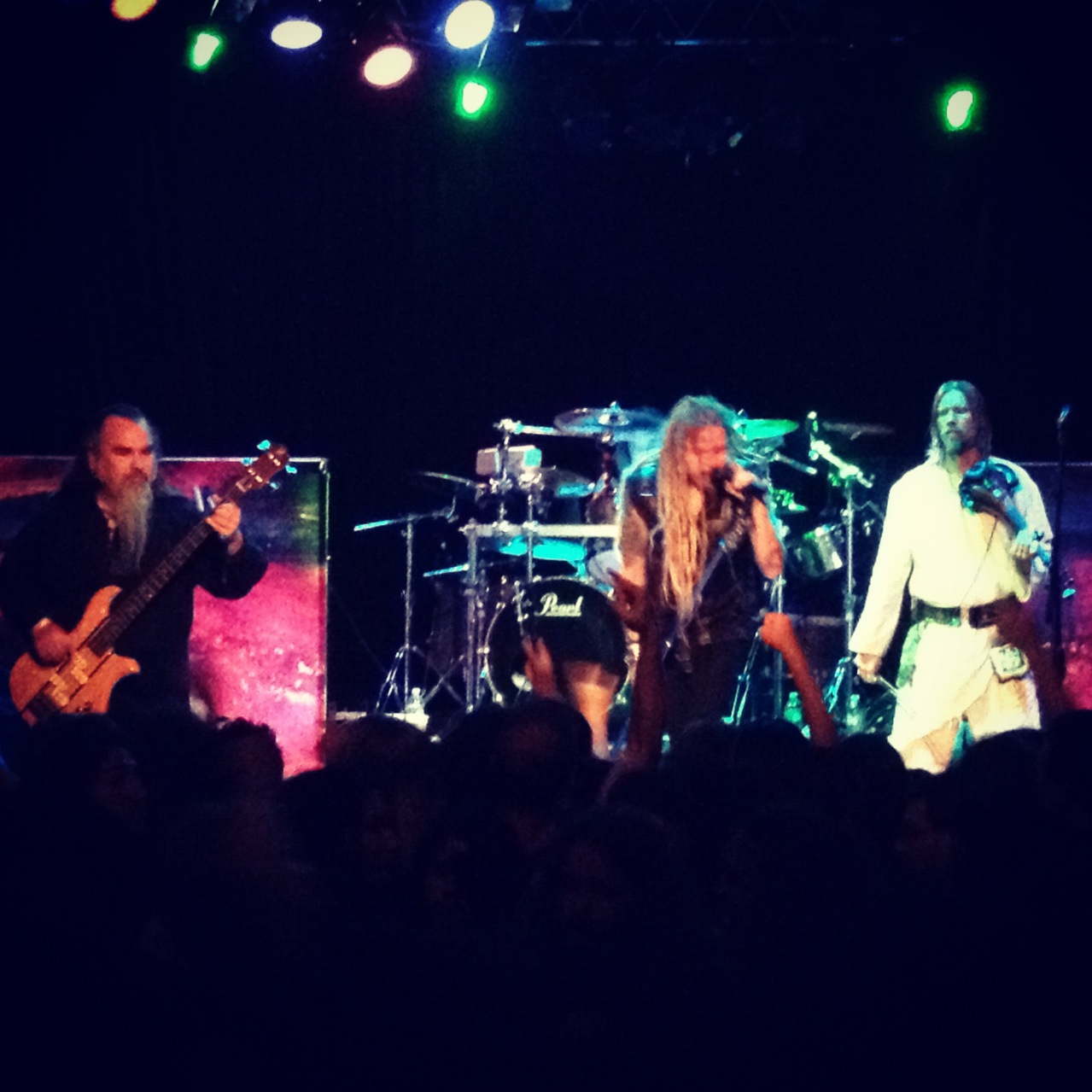 Korpiklaani are definitely party folk metal; I think they have a song for every type of alcohol. Like Eluveitie, Korpiklaani have so many members that they are stuffed on the stage, further adding to the ‘let’s get hammered and celebrate something’ atmosphere that their music conveys. There’s a fiddle, an accordian, a hurdy gurdy, all standing out amongst the usual suspects. I’ll have to admit that being sober put a damper on my enjoyment of this set, so instead I sort of daydreamed along…creating a list of things that I could raise a glass of water to celebrate. The nature of this music is so happy that it forces you into a good mood. And as I watched every other person who walked by wearing an Amon Amarth shirt, it felt good to be in a room full of upbeat metalheads for once.

And the story didn’t end with the show…in general tradition, everyone who was anyone trickled over to The Rainbow, where great debaucherous activity occurred, none of which I was a part of!