Perhaps it is somehow poetically appropriate that I have practically been living at the House of Blues this past week.

It would be another sold out show, and the crowd slowly filled in as the screen raised to reveal Scorpion Child. 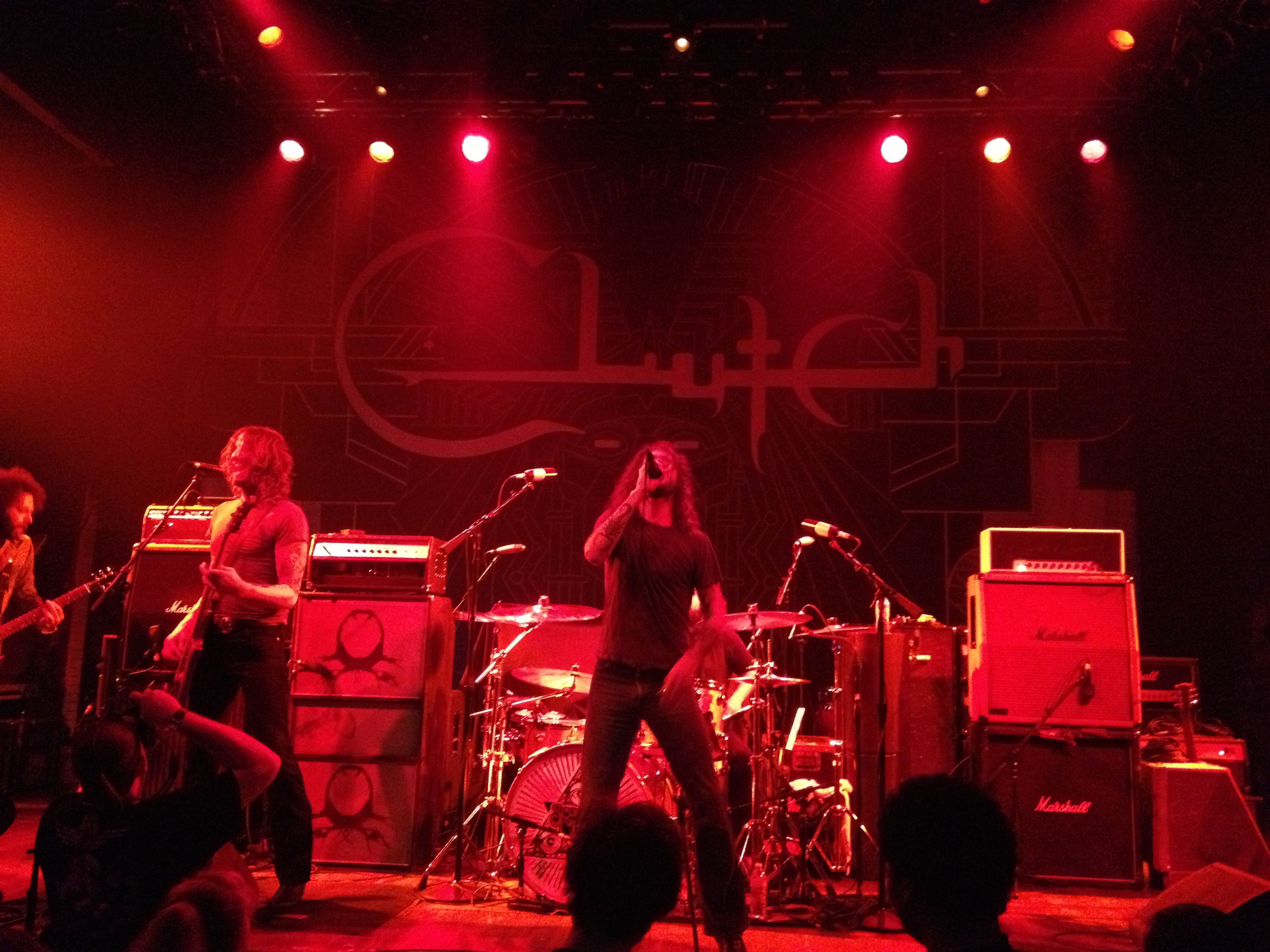 I’ve been smitten with these guys for a while now, and am thrilled that they are on such a big tour as a freshly signed Nuclear Blast band, so that more people can experience their intoxicating old-but-new sound. Last time, they entertained at the Viper Room; this time I would miss their usual psychedelic visuals and Aryn strutting down the catwalk, but they were great nonetheless. When I watch them perform, I get to pretend that I’m in the golden age of rock ‘n’ roll, where I belong…where we belong. But sadly, in a room full of people vibing on their timeless music- the bluesy vocals and crunchy riffs- a swift look around would remind you instantly that rock ‘n’ roll is dying. But more on that later.

I had an interview scheduled with Scorpion Child, and we awaited logistics as we caught glimpses of Lionize, Clutch’s blood brother. With a very similar vibe, they teased at what was to come while the room grew incredibly packed in. I was looking forward to seeing Orange Goblin for the first time ever. With Orange amps stacked at the back and my friend Orange Beanie by my side, the setting was perfect. The towering giant presence of Ben Ward seemed to escalate the spread of their thick sound. Their vibe echoed Scorpion Child’s well; it propels you into a classic sound that will never get old, that represents only the good in something that is trying to be carried on today. Bassist Martyn Millard remained a blonde mystery with his head swinging down the entire time. As Ward would traverse the stage and speak to the crowd in British-accented quips, their feel-good, let’s get in a car and have a good timin’ roadtrip set was the perfect treat on a Thursday night of a long week. And Dave Grohl must have agreed, as he was there watching, too.

It was time for the Scorpion Child interview. Long story short- trying to get to a space within HoB that was suitable for the interview, even with the proper credentials, proved to be incredibly challenging. Granted my purpose for being backstage was all business- but do you think that, even 10 years ago, when a band was trying to walk two girls back there, that we would have been turned away? Hmmmm? I think not. There aren’t supposed to be rules in rock ‘n’ roll. So we ended up doing a quick & dirty interview by the elevators to the Foundation Room, which turned out to be kind of hilarious, actually. 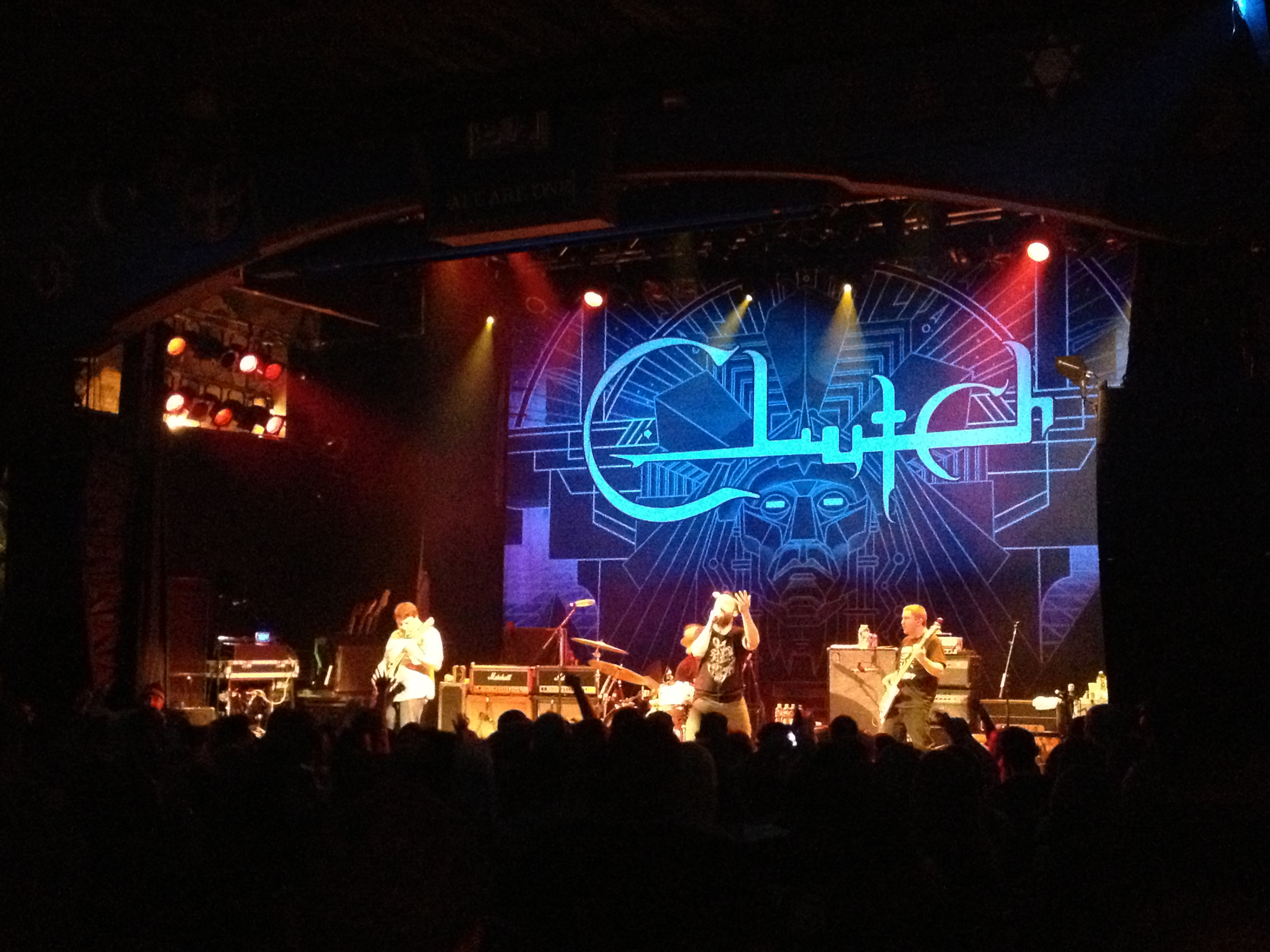 All the logistical evilness caused me to miss a lot of Clutch’s set, but I’ve seen them several times before. A special guest for the night was Eddie from Kyng. Clutch attracts a very varied crowd. As I watched them dissipate as the final notes were played, I thought about how it was up to us and the bands to keep the spirit of rock ‘n’ roll alive, because the environment sure as fuck is not gonna do it.