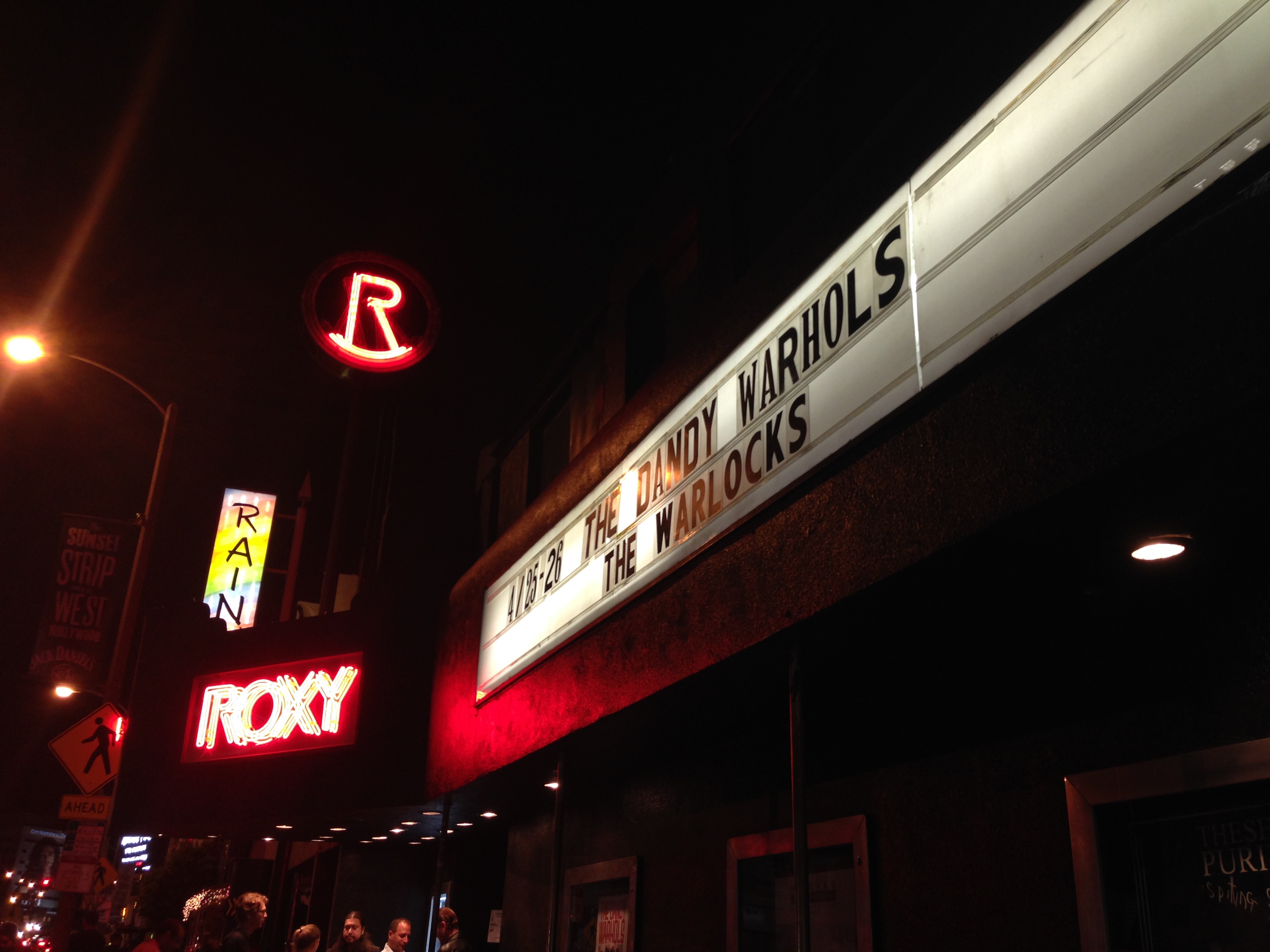 Walking into The Roxy, I became enveloped in the familiar wave of reverb. The floor was packed with slightly swaying people, dancing under hues of blue-gray and smoke. It was Friday night in Hollywood, the point where frantic meets freedom.

The Warlocks were finishing their set, and I found myself in my usual spot. The hypnotic lull and the relaxing echoes of their vibe washed over me, but I was quickly snapped out of the ambience by an exuberant older man who was fist pumping to drunken abandon into my safe space. It was going to be one of those kind of nights… 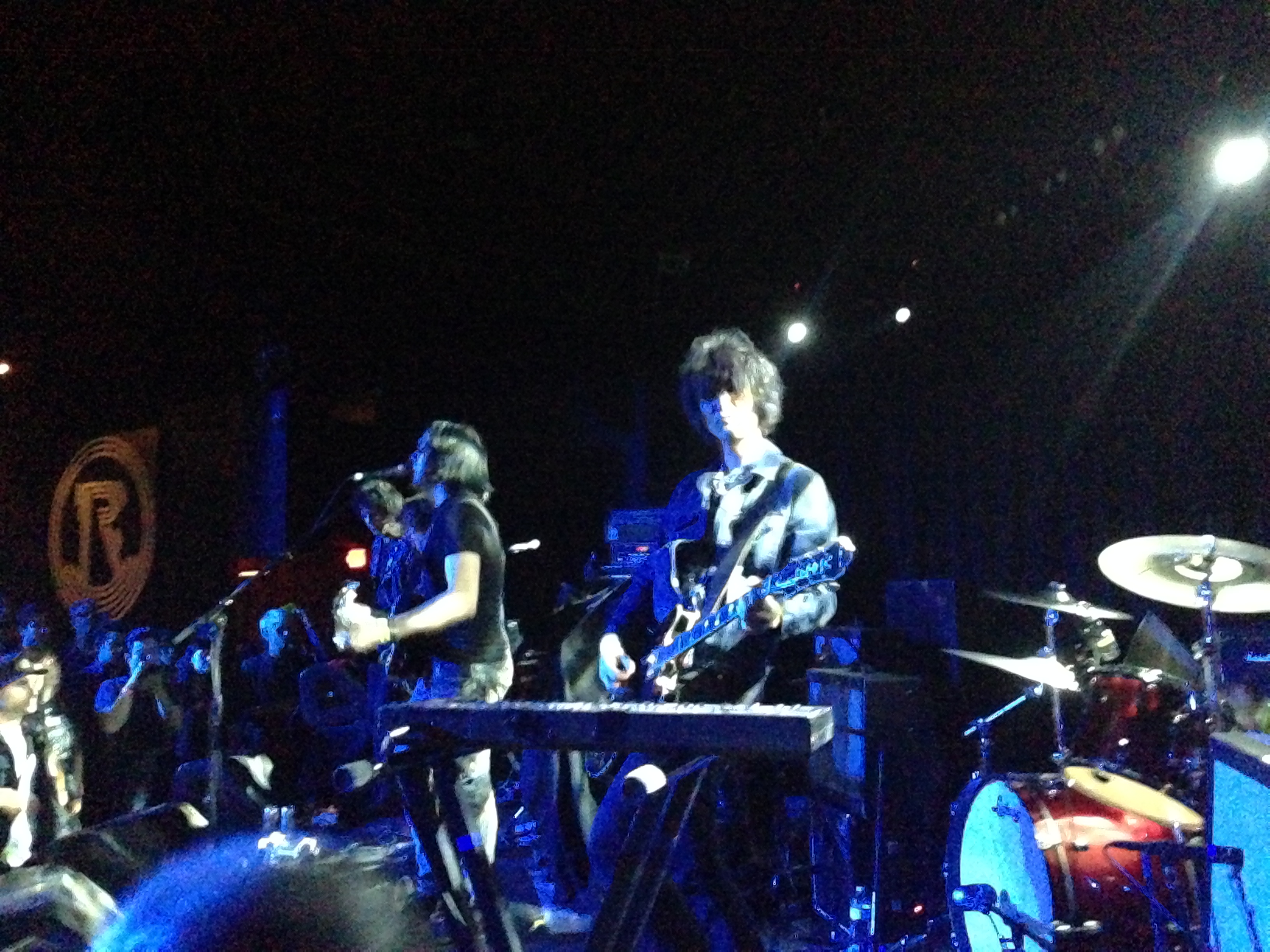 I’m used to this kind of crowd for The Dandy Warhols; I’ve seen it, and them, many times before. It’s a glimpse at what happened to the hippies I refer to as assholes simply because I’m jealous that they were at all the good stuff; I could envision this man 40 years prior warbling around a Hendrix concert. And these psych rock bands of my era give people like him a chance to get drunk and high and remember the good ol’ days with all the great, dead rock stars.

Between sets, I noticed it was raining outside, a rarity in LA. It made the shroud of sadness the evening would have for me of utmost poetic nature, as the last time I saw The Danday Warhols, my friend, pressed up against the Wiltern stage filled with glee at the show, suddenly died about a week and a half later. It was the last time I saw her. It made me think: what concert will be my last? The thought became grim, like my own version of The Last Supper. 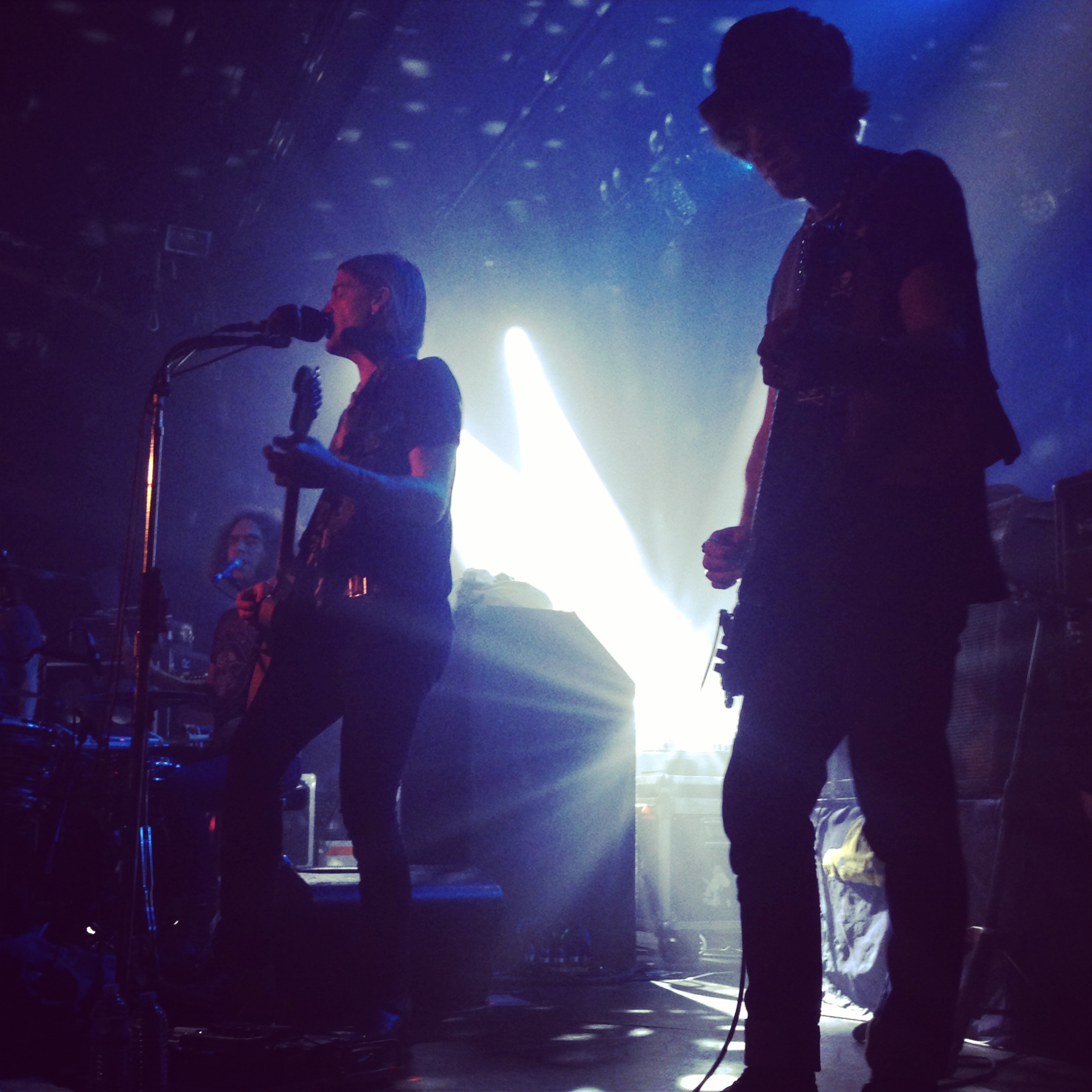 This would be the smallest stage I have ever seen The Dandy Warhols on. As they emerged onstage and launched into “Be In”, I dove into the familiar beginning to my usual annual meet up with the band. The old hippie offers me a hit off his joint, and I politely decline. I always appreciate how the band doesn’t sound exactly like their records; the vocals take on a different life in particular, for better or for worse…but it puts me in the moment. After the first song, vocalist Courtney Taylor-Taylor announced that the microphone was shocking him, and kept doing so as he tried to proceed with the show. It gave me Almost Famous visions. A stagehand finally put a cover on it, and while it stopped the problem it seemed like it muffled the sound too much for the remainder of the show.

I clapped along for “We Used To Be Friends”, sang along to “Last High”, relished in Pete Holmstrom’s bow to the guitar for “Godless”, and then the show took a improvisational turn that made me realize the Roxy show would be different from the usual crowd requests and additions that past shows of theirs have had. There was the usual “Every Day Should Be A Holiday” done solo acoustic by CTT while Zia takes her potty break. Despite the aforementioned man yelling for them to do their cover of “Hells Bells” nonstop, they chose to do “Minnesoter” and “Lou Weed”. They started deviating from the setlist I could clearly see on stage, and confused me when they played an unfamiliar, presumably new song. It sounded almost familiar, and I thought perhaps it was an old B side I happened to not know. I was busy being bummed out that “And Then I Dreamt of Yes” had been skipped. I hate when I can see the setlist!

The reason why I like The Dandy Warhols’ music so much is that their sound has such an interesting elasticity. From grittier rock ‘n’ roll songs, to space-out spiritual hippie psychedelics, to country-tinged, to danceable pop songs, they’ve done it, but it still sounds like them. But just as I was really getting into it, they began the finale of “Pete International Airport” into “Boys Better”, and wrapped up the show with a fairly short setlist for them. Unfortunately, I was unable to attend night 2 at The Roxy, so I left feeling like I didn’t get the full story they wanted to share with us at The Roxy.