The steamy Club 606 reflects the hot, post-rain summer night. The occasion; One-Eyed Doll‘s record release for Dirty. A glance around the room shows the fans are dressed for it; a mix of guys and gals in gypsy punk attire, painted skeleton faces, and anticipatory grins. The misfits have come together to unite for one of their queens. 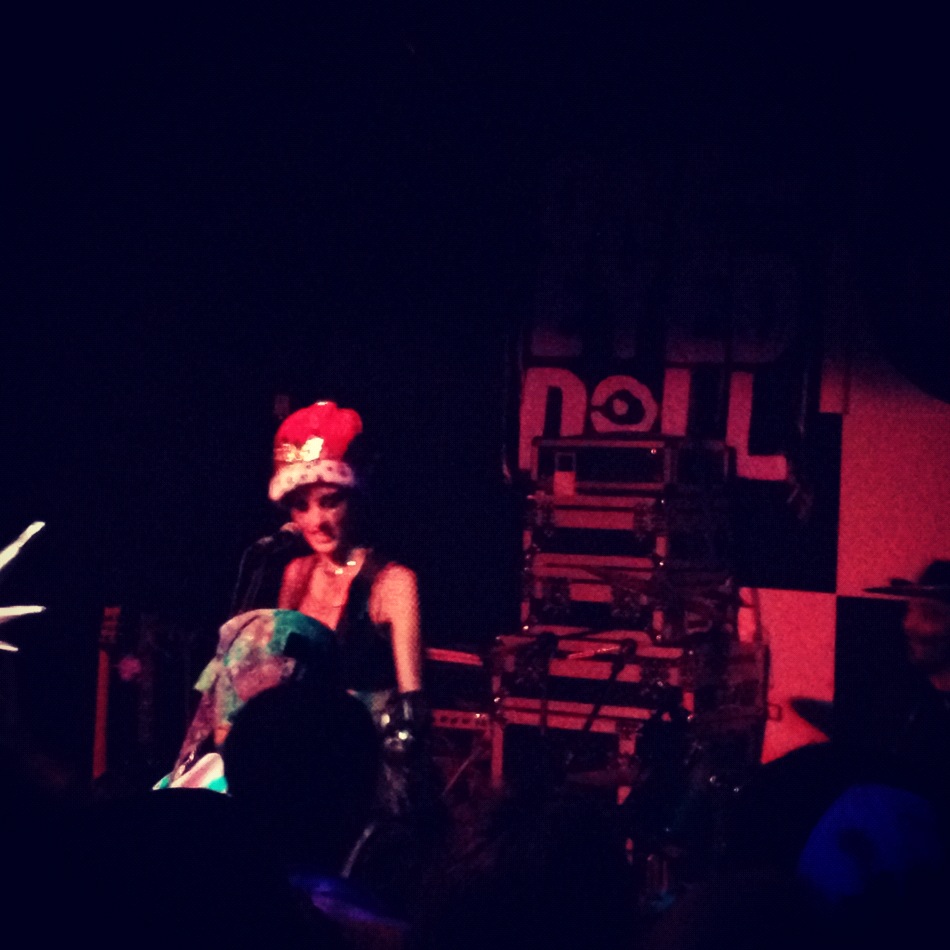 As the show unfolds on stage, the crowd both hangs on to every word looking for something new, and participates because they know what’s coming next. It’s a very personal show, with frontwoman and focus Kimberley Freeman talking to her hometown crowd as if this is a family reunion of sorts. Left gasping for breath between songs, she spins her intricate stories, dons her varying costumes per song, and sings and screams her way into the crowd’s open hearts.

With silent partner Junior on drums, hidden at the back of the low stage, from my perspective I could only see Kimberley’s head pop up from time to time, revealing her hat or her glistening, smearing stage makeup. Focused on the crowd pressing towards her, as Kimberly stated herself, her fans really are fanatics.

Example: our jaws dropped when she, while doing a minor costume change, asked the crowd to turn around…and they did!

Crowd favorites were interspersed with new songs, and the fans ate them up equally.

In the intro to “Roses”, Kimberley talked about how early on in her career, an incident occurred in Dallas at Trees which resulted in her “first legal fund”. She tied this fan incident into a statement to Free Randy Blythe, which caught me off guard, but I thought was awesome as the power that Kimberley has over her fans could lead to a hundred more signatures on that petition.

Dirty was produced by Sylvia Massy of Tool, System of a Down, and Johnny Cash fame. You can see a recent interview I did with Kimberley which talks about the record here. You can catch them on tour with Otep and Butcher Babies this month.