I’m running down a dark alley with a look of fear on my face. It’s just stopped raining, so I slip and fall. I clamor to get up, and continue to run into a giant panoramic of a creepily-lit, post-apocalytic, gritty Los Angeles.

Somewhere within my first few minutes of listening to Celestite, this is where I was transported to. I have to say, I was surprised, confused, and delighted. It was music inspired by the future perspective of the past, which I have just revisited in many of the bad at the time but somehow now great films of the ’70s and ’80s: Logan’s Run, Robocop, Escape From New York, Total Recall, Phantasm…but where were the pummeling drums, the screeching snarls of past WITTR records? I batted the compulsory question away with ease.

I’ve gotten to interview some great metal musicians in the past few years, but the most important things I’ve learned have happened when the camera is turned off. With guards down, I have heard countless times from the people who have brought you some of your favorite death metal and thrash metal songs that they are simply over it. “How can I write ANOTHER thrash riff?” “I don’t even listen to metal anymore.” “How can I write a death metal album when I’m… happy?” These genres are so constricting; these artists have written themselves into a box, and while that box made them famous, made them money… it’s a hard box to live in.

Myself, I’m a cyclical metalhead. I was a teenage metalhead, then I turned my back on most of it, and then came back to it almost 10 years later. This is why my blog will never be very popular: I don’t focus on one genre. I’m currently nearing the end of my metal-centric cycle, where the death and the thrash stuff that seriously saved my life these past 10 years is just not sounding good to me right now. I’m not angry, and I’m not looking for something so uncomplicated and visceral in my art right now. Does that mean I’m not listening to metal? No. But what has remained in rotation? The avant garde, the unexpected. Think Enslaved, Nachtmystium, SUNN O))), Beastmilk, Ghost…

These are bands that have written outside the box, have zigged when people thought they would zag. Like WITTR. Though this album is their biggest departure, every record has shown that they aren’t just another Black Metal band. 10 minute+ opuses, classical and operatic elements, ambient effects… they are the kind of band that creates albums that make your brain work to understand them. 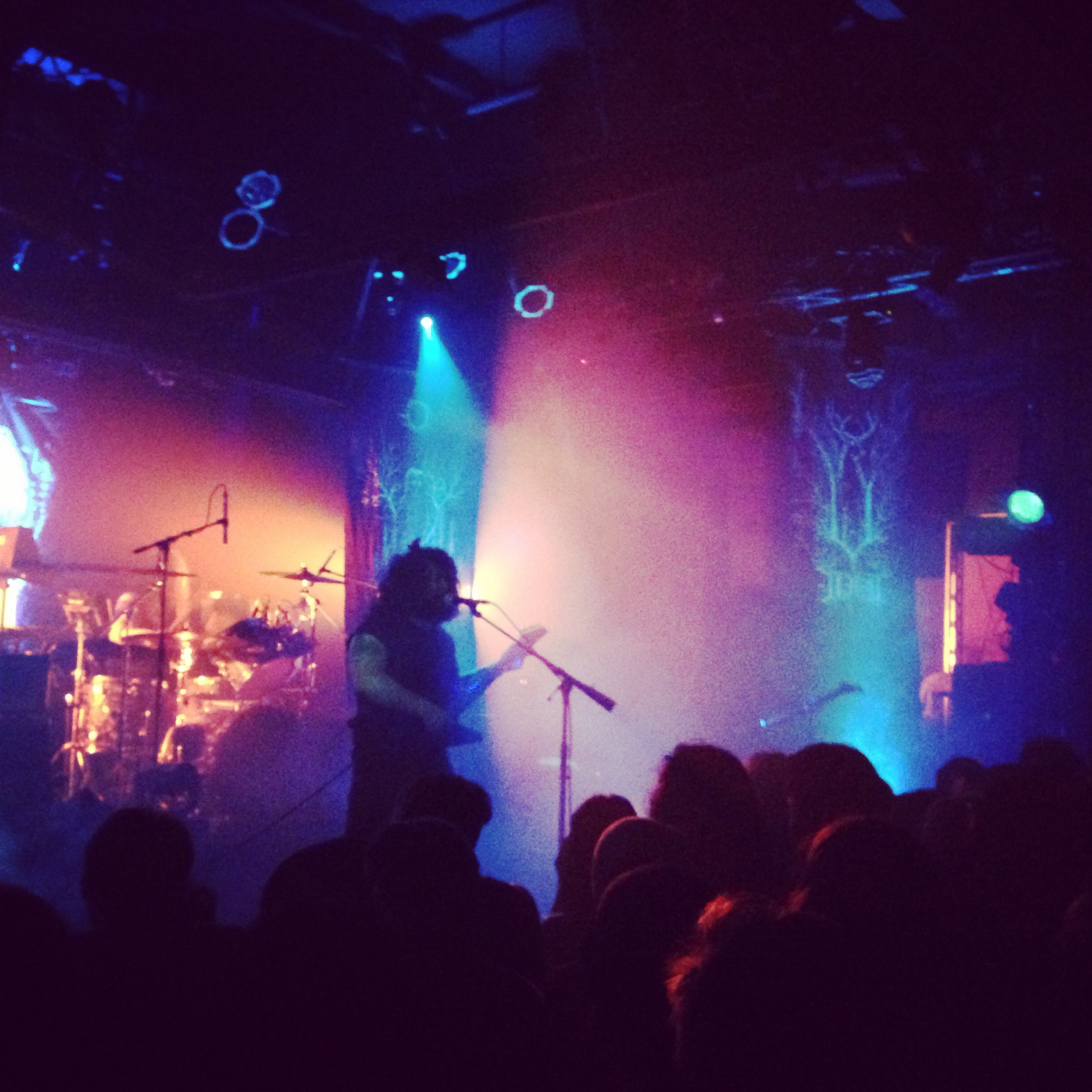 When WITTR began their Echoplex set, it was as if the sun was setting on the last day on Earth. A layer of fog hung in the air, an eerie glow of oranges, yellows, and blues peeking through it, allowing only glimpses of the shadowy figures at the helm. And the Olympia, Washington brothers do have an air of secrecy about them. We are tossed into Celestial Lineage‘s 2011 material, the clutches of cold desperation typical of a live Black Metal performance. It was SO LOUD. I was inhaling fog juice. I began a set-long oscillation between transcendental bliss and borderline boredom. This was not simply a show; it was a mood, a perspective.

I watched the extremely diverse crowd (a woman in a Bob Seger t-shirt walked by me!) watch on, slack-jawed. ‘Where is the Celestite material?’ I wondered. I wanted to see how it plays out. I wanted to see it make the crowd react. But, I quickly realized that, from the equipment I saw on stage, this may be the first (and only?) time that I go to see a band with a new album out and they don’t play anything from the new album.

As the sound swelled for “Prayer of Transformation”, I reveled in the oppression of sight and sound presented before me, and skedaddled off to the bleak streets of LA’s seedy Echo Park.