There’s nothing like 5pm LA traffic to prepare you for a Dillinger Escape Plan show.

There’s nothing like running into an old flame while walking into the venue alone to prepare you for a Dillinger Escape Plan show.

There’s nothing like realizing you are probably going to be the oldest person there to prepare you for a Dillinger Escape Plan show.

I knew so many people who wanted to be at this show but refused to go because of the venue. I had only been to the Chain Reaction once before and didn’t hate it, plus there is very little that would deter me from going to a Dillinger show.

Upon entry, I realized that a little wall that runs along the end of the stage could be used as a personal barricade, so I nuzzled up to the corner of the stage against this wall. My days of DEP pits are over. 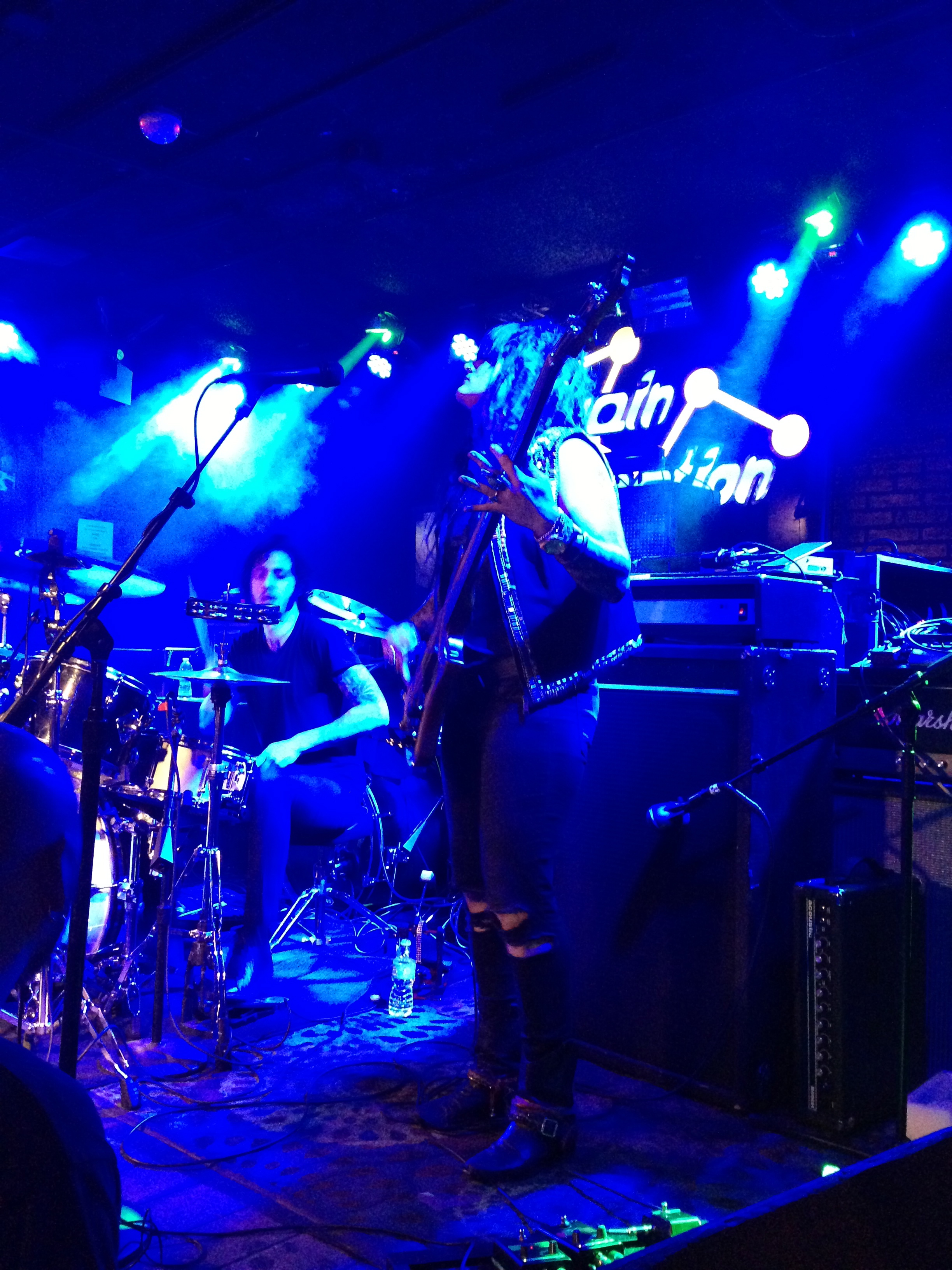 Royal Thunder are one of those bands that everyone’s been telling me to listen to. I was really excited to see them. The three piece from Atlanta play bluesy hard rock…which is about the last thing I’d expect to open for DEP. But I didn’t mind. The soulful voice of Mel Parsons grips you as she does a seemingly involuntary shuffle in place as she plays the bass. I can’t help but think of The Dead Weather as I watch them; she’s like Alison Mosshart’s more rebellious sister. There’s also something about watching a drummer play on a smaller kit; it feels much more raw. There was a guy in a MotÃ¶rhead shirt watching intently right in front of Parsons, who left immediately after their set. 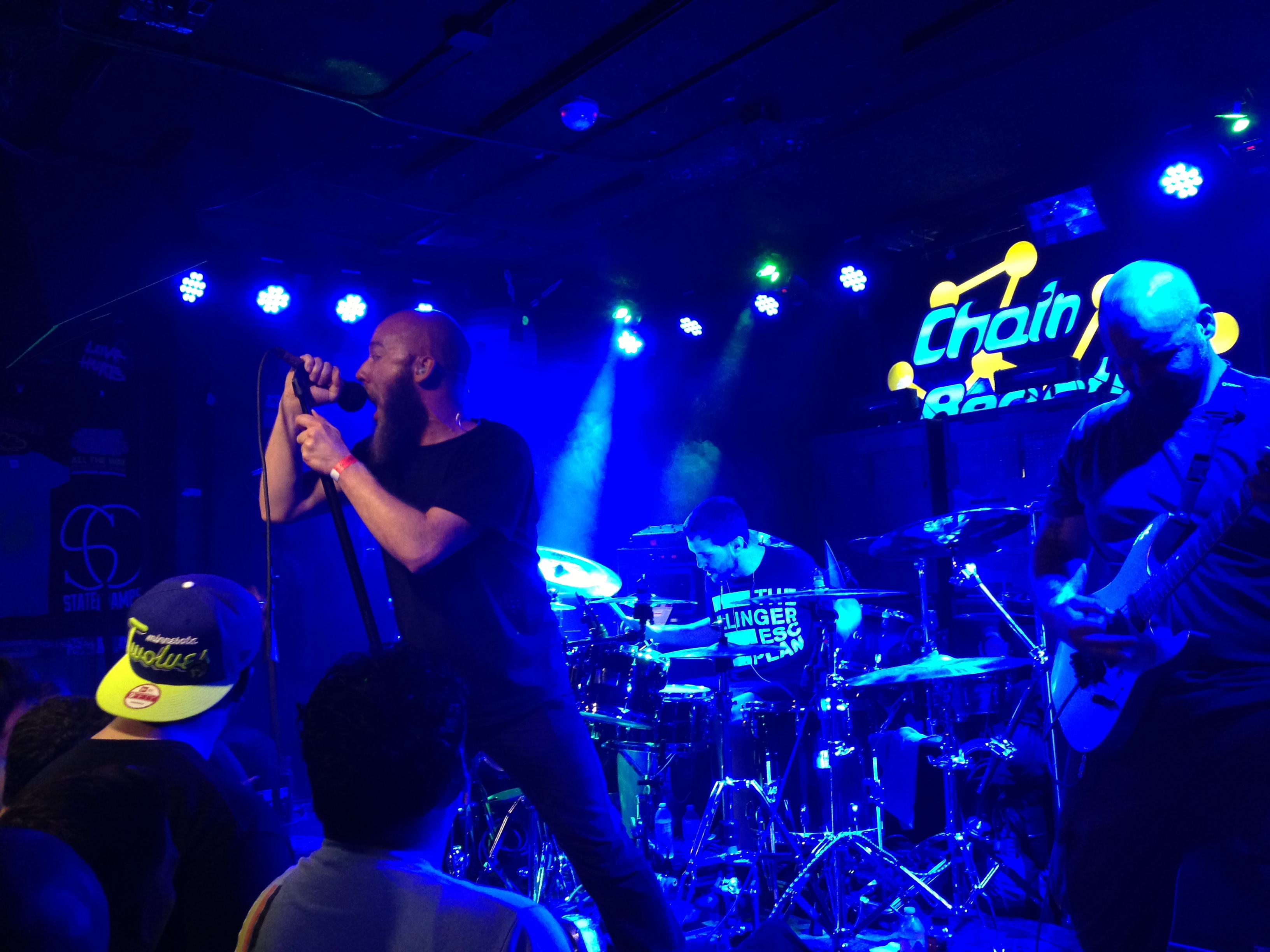 The Faceless barely fit on the stage. I had definitely never seen them play anything as small as this. They seemed frustrated. Bassist Evan Brewer had to play practically under the sidestage door archway, and that is the metal equivalent of putting “baby in a corner”. Halfway into the first song, we got our first hint at what was to come in terms of crowd activity. These are the shows where members of the crowd become almost as important as members of the band when you look back on the night. The Faceless have moved into an Opeth-like space; their songs are a dizzying combination of death growls and pushing each instrument’s limits, to ’70s prog rock and soft vocals. But the crowd can keep up, though it’s odd to watch the stop & start pit.

I credit my first DEP show with setting me on the path that took me where I am today. I was particularly excited for this show because the Chain Reaction, at it’s 250-person capacity, is set up in a similar way to San Francisco’s Bottom of the Hill, where that show took place. I’m about to do a lot of revisiting the past, and this was a good night to help facilitate that. 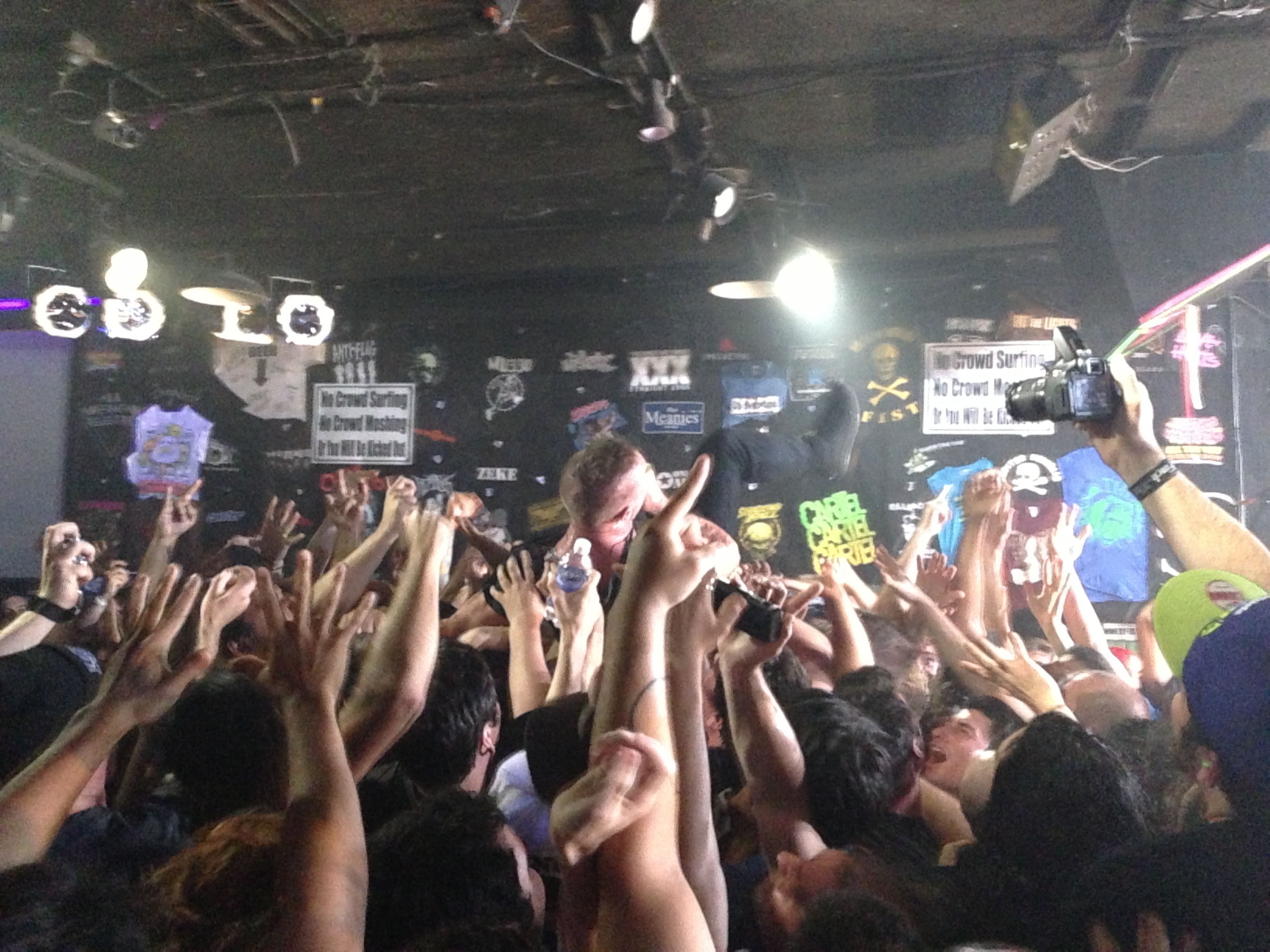 DEP are one of the more polarizing bands I listen to. A lot of what I listen to doesn’t fit together. I never have looked at music as being what sounds good to me, but rather how it makes me feel. Which is why my thing is live music: it’s easier to feel it that way. It’s like food: I rarely think about how it’s going to taste, but instead what its nutritional value will be. Only listening to, say, death metal, is like only eating chicken. Listening to DEP is like taking these wellness shots I sometimes get at the juice bar: wheatgrass, honey, cayenne, and ginger. It burns like hell, then makes you feel like a million bucks. And it’s ultimately good for you. 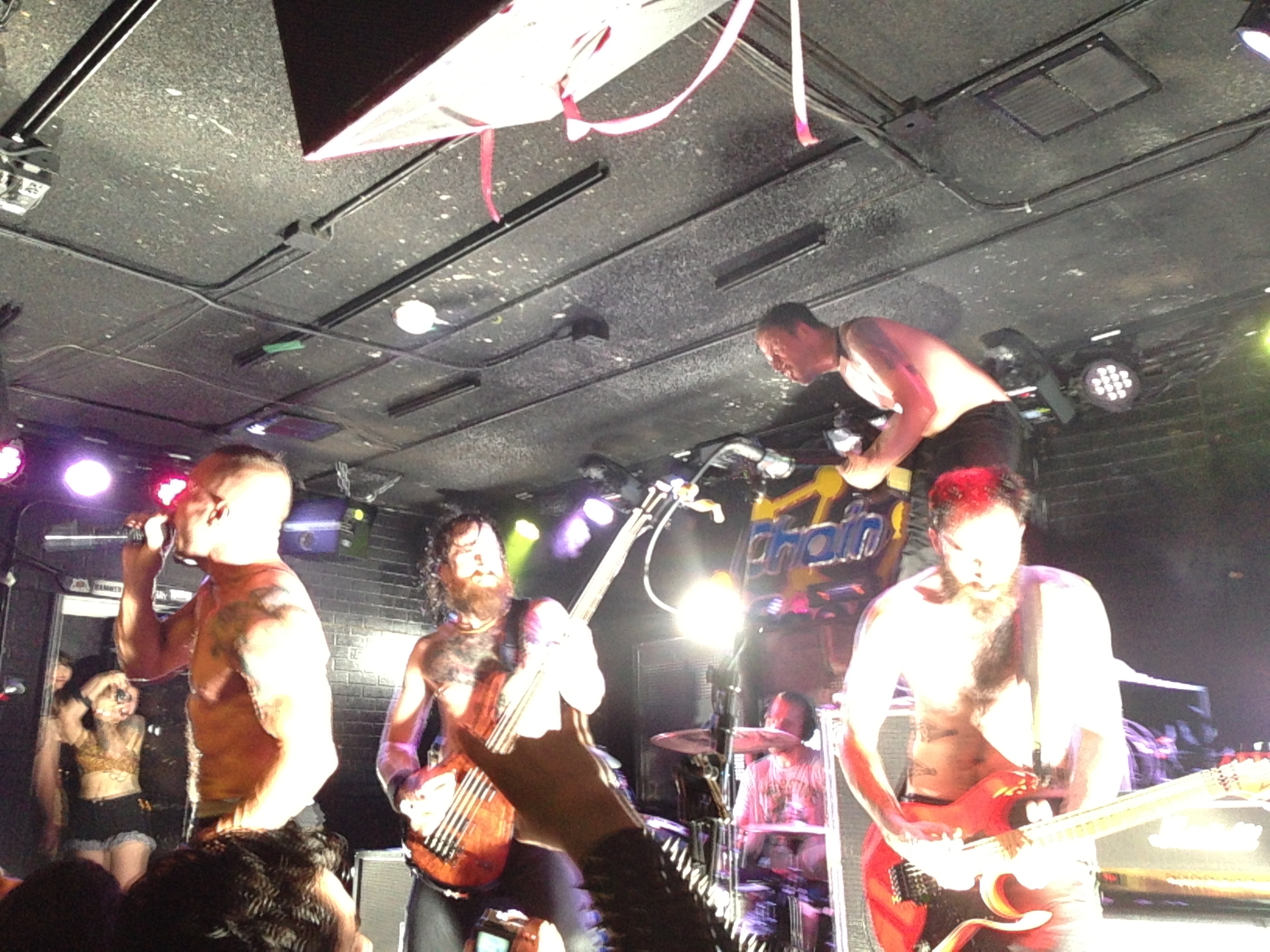 Even though I was back in one of the smaller places I’d seen DEP in, this would be the biggest production I’d seen them have. After between-set music consisting of My Bloody Valentine, Crystal Castles, and some rap music, there was a long intro song while the venue was bathed in fog and strobe lights. Then they stormed onstage to giant applause and launched into that searing beginning of “Prancer”. I laughed at the sign that said “no crowd surfing” as guitarist Ben Weinman sailed into the crowd. Standing where I was it was if someone had turned on the heat in the other room, and soon I began to glisten with sweat even though it wasn’t really hot where I was standing. Every DEP show is a much needed release of aggression for me; I know most of the words and even the complex beats of the songs. My plight of becoming a fan started with the shows: “I love them live, but I’ll never listen to them…I can’t even tell the songs apart!” to this. I guess where they really got me is when I figured out that, in the breaks from the math metal-the complex riffs and the screaming- the breaths in the music come from a place some of my other favorites influenced: Deftones…NIN…Depeche Mode.

Which was why I was super happy to hear their cover of “Behind the Wheel” again.

They also played “When Good Dogs Do Bad Things”, from the EP with Mike Patton. These fit in amongst the new songs, and the moments that always highlight a DEP show for me: the beginning of “Sugar Coated Sour” and “Panasonic Youth”, the ending of “Room Full of Eyes” and “Sunshine the Werewolf” (my FAVE…I scream that ending at the band like I’m screaming it at certain people I know)…all of “43% Burnt”.

There is a division of the crowd between the people who are wide-eyed and seeing it for the first time, the ones that are in it, and those, like me, who are cheerleaders on the sidelines. The new guitarist replacing Jeff Tuttle held his own in the battle of speed and brawn that these shows are. I can’t imagine what his audition must have been like. Before the set began, I was eavesdropping on a conversation happening in front of me where a guy was trying to explain the chaos that was about to take place. It ended in, “this will probably be one of the greatest shows you ever see.” They were probably 18. I almost interjected that he was right.