2009 was the year that I walked away from everything comfortable in my life, where I actively chose to do things that had always been in the back of my head but I’d always been too responsible to bring to fruition. Embarking on that whole “finding myself” thing was something I wanted to deal with during a slightly delayed quarter life crisis, because I missed it during my college years and I for damn sure didn’t want to experience it mid-life.

The main actions that set this into motion occurred just as the NIN/JA tour began. I can remember everything about those shows; the total exhaustion and pure bliss…the weather….the sunlight….what I was wearing….who I met. It was like I had shed a skin and was experiencing life in a whole different way. Everything was new and exciting; life just felt different.

That NIN/JA tour symbolizes a lot of things for me: I made a lot of crazy, selfish decisions to follow around bands I love. But even though it hurt financially- and sometimes physically and emotionally at the time- these are the moments I think about when times are bad. 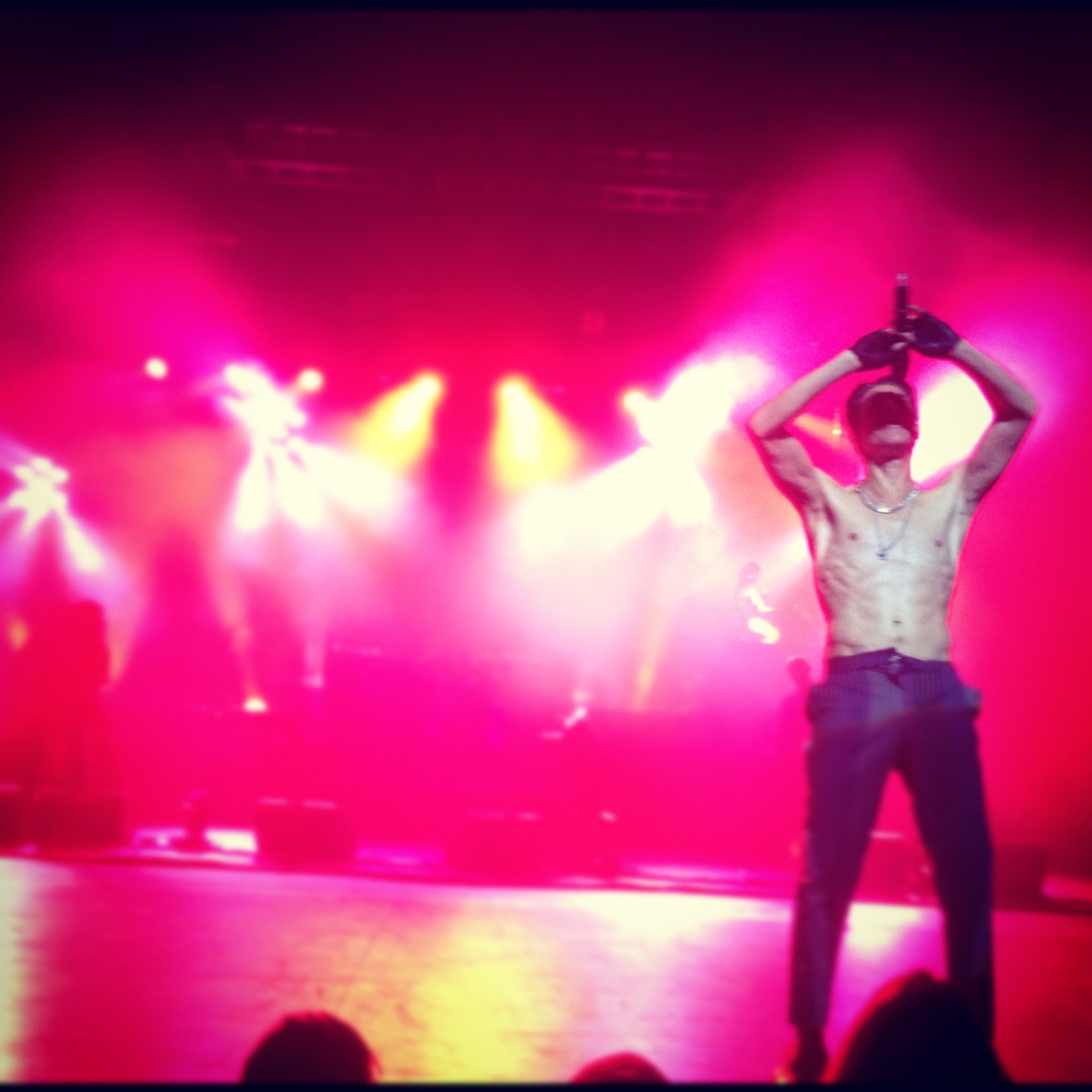 I had never even heard of the Lila Cockrell theater; as I walked in I sensed it was a newish and relatively personality-free structure. As The Duke Spirit began, I was slightly aghast at how far back the band had to perform on the stage. It was enough that, sitting in the front row, I had to crane my neck to see them. Watching this British psych rock band with a bluesy female vocalist with such a large gap between us felt like I was watching a movie of the band playing. It was a strange, disorienting effect.

The last time I had seen Jane’s Addiction was at the Roxy with Duff McKagen on bass and girls swinging from their skin. It was one of the most rock ‘n’ roll nights of my life. It was also the beginning of what I hope to be one of the worst periods of my life. The music; it’s there for you in the best of times and the worst of times.

Read my recap of the show on the GRAMMY Set List blog here.

As I watched the band’s personality shine through despite the odd stage setup, I wondered what happened to that feeling of freedom. It’s amazing how different something feels when it’s new; I have the same freedom now, but it’s almost….suffocating. Is it possible to be too free? Those traditional conventions of what life is supposed to be like came creeping back in, and I question everything. Everything.