Last summer was the “summer of my discontent“. This summer, I am intent on making it my own. 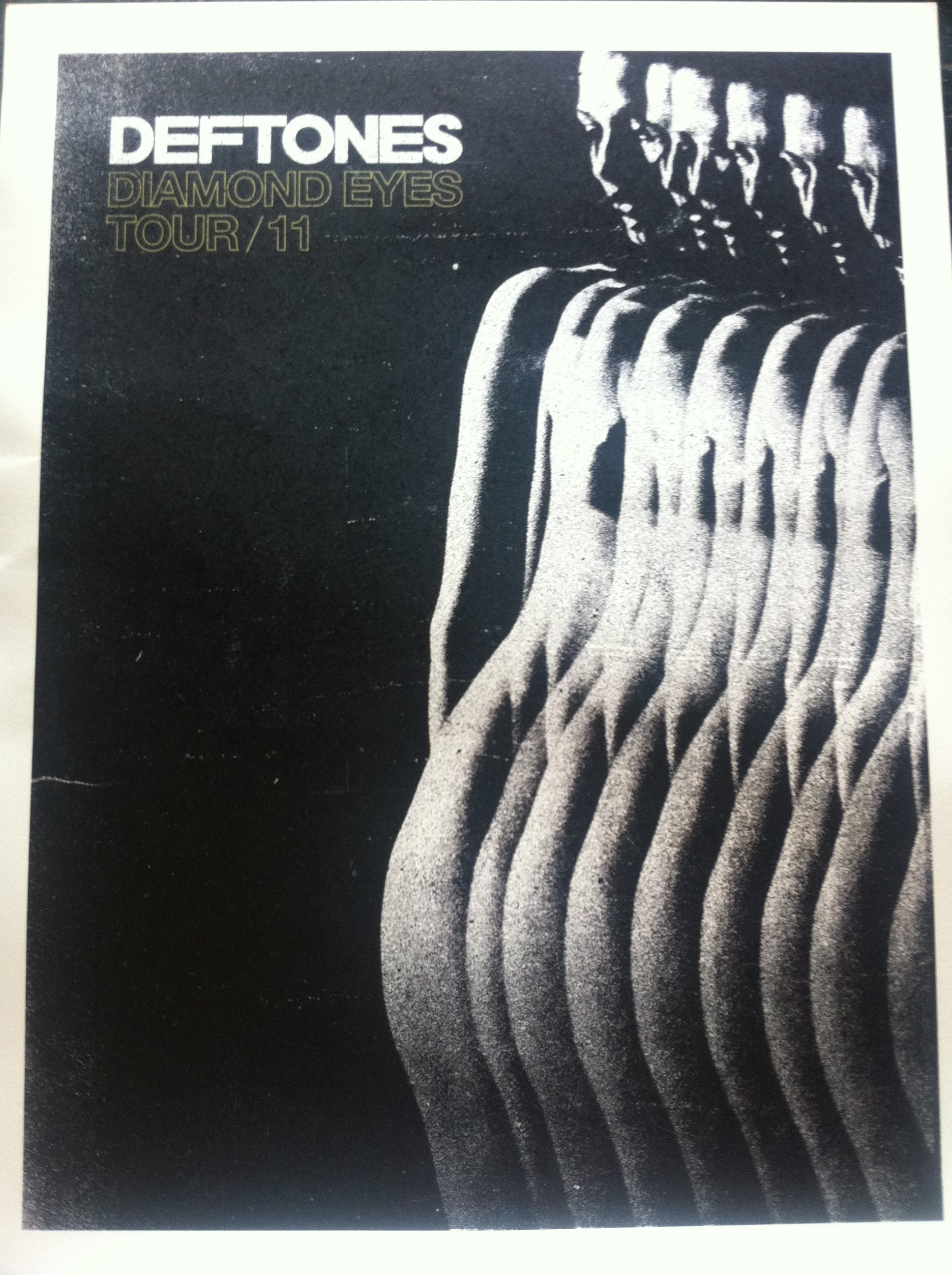 To do that, I am relocating to LA to be closer to the music, putting an end to the almost monthly back and forth travel I’ve been doing for most of this past year. And I couldn’t think of a better way to spend my last weekend in Texas than with Deftones and The Dillinger Escape Plan. Deftones’ Diamond Eyes will always be associated with the death of my mother; it was what I was listening to most at the time. And DEP represents the chaos and recklessness that I’ve felt for the past year. To tie it all together and make it come full circle is that this weekend marks exactly one year since I found out my mom was sick. I hated that day worse than the day she died; it’s the day everything in my life changed forever.

We baked in the sun for hours in a pseudo line so that we could be right up front. I’ve done several Deftones rails before; but never for DEP; I knew it would be rough and that’s exactly what I wanted. But once inside, I gazed upon the stage to see flowers….a shoe….a container of powdered creamer…I began to wonder what was amuck when I counted the drum kits and realized there must be another opener I was not aware of. 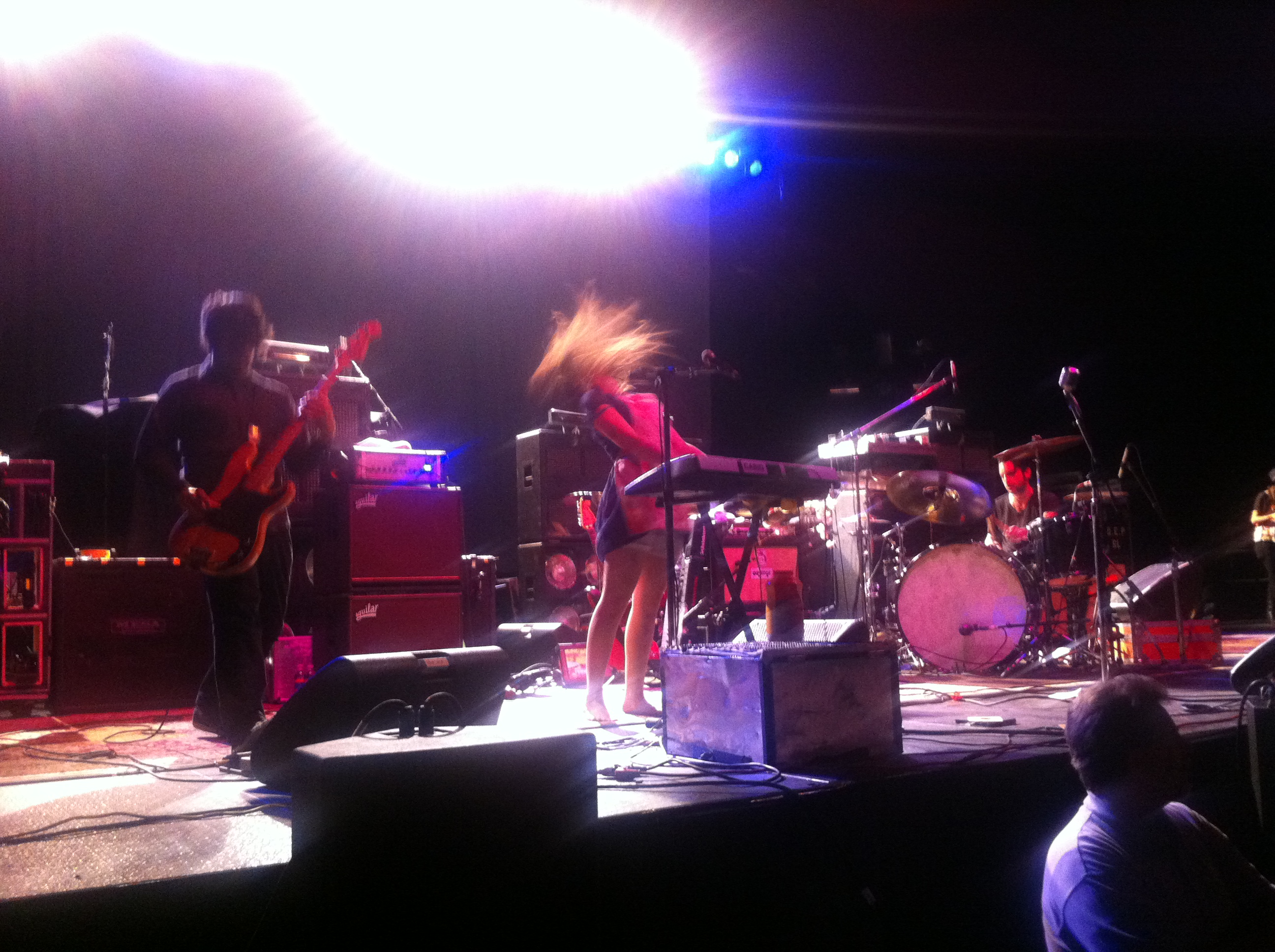 I think I’d heard the name Le Butcherettes but I’d never heard them before. A trio enters the stage, led by a Courtney Love-esque frontwoman. What proceeded to occur confused me in a way that rarely happens…and now that some time has passed since the performance I’m beginning to wonder if that’s a good thing. The frontwoman is so over the top that you don’t even think about the music; all that kept going through my head was, “WTF is she doing?”, “WTF is she thinking?”, and “No….just….no.” She moved, as my friend said, like a rag doll, and scowled at the crowd. She hit herself in the head with the mic. She said strange things and went crowdsurfing. She ended the set by taking the aforementioned powdered creamer and pouring it all in her hair and headbanging so that we all got to inhale that for the next five minutes. It came off as a “she’s trying too hard” performance; I kept getting this vibe that, while I’m the type of person who gets along with everybody, she’d be that one girl in high school that would hate me. At times I noticed that her voice was interesting, but mostly I just thought how the music was a terrible fit with the other bands. However, I will say that she caused a reaction, something openers don’t often do, and would be hard to forget. In a smaller venue I might have felt differently about this. 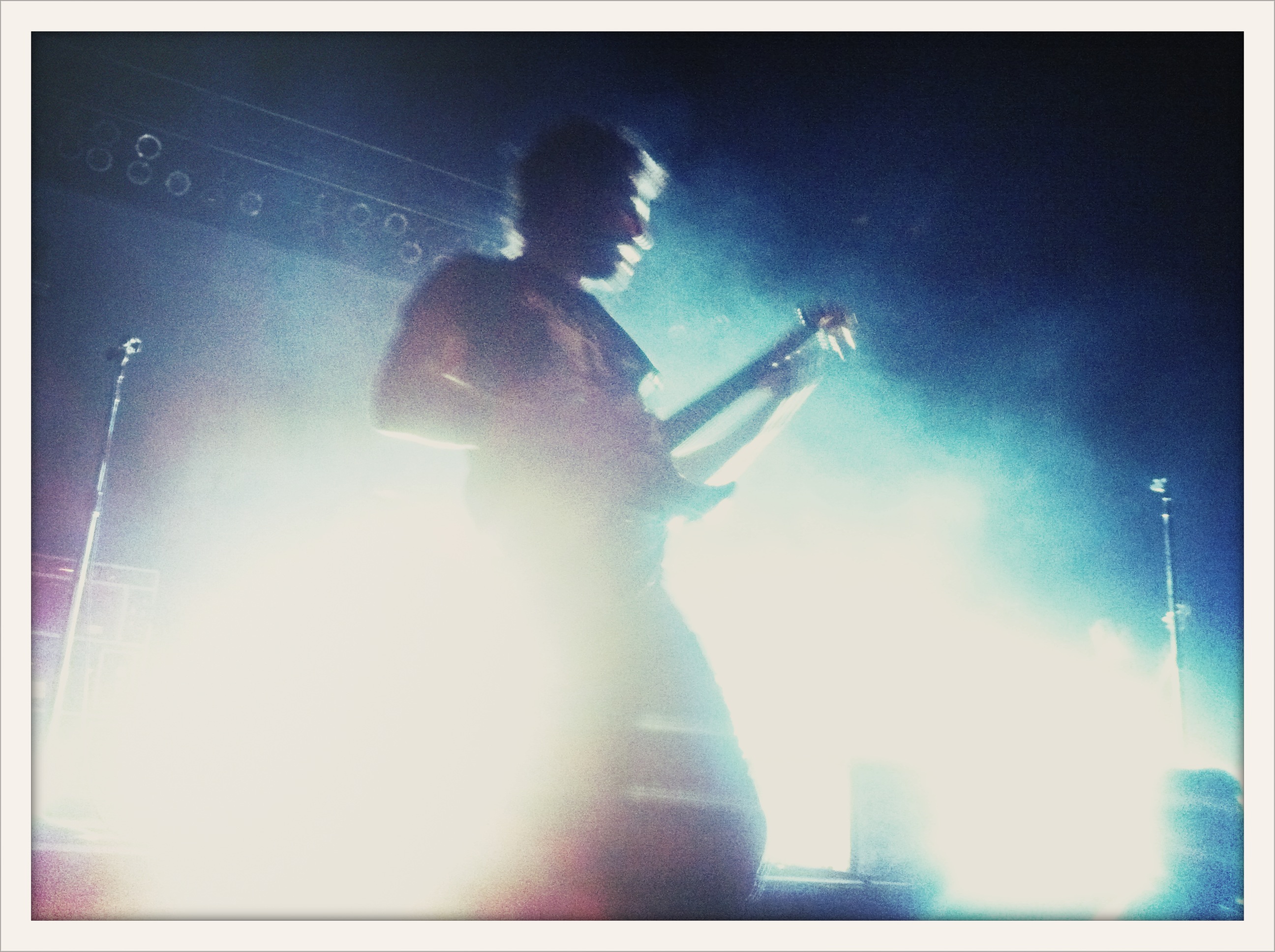 I get nervous at shows that I really care about, and right before Dillinger came on I felt those butterflies. Not only would it be the first time I’ve seen them in a while, but it would be the first time I’d ever experienced a set from the rail. I’m not one of those dumb girls that thinks she can survive up front at one of their shows; I began to have visions of vocalist Greg Puciato’s well-muscled forearms giving me a black eye as he jumped in the crowd. As the lights dimmed some intense strobe lights started pulsating, and my heart rate synched up with them. They seemed to have taken a page from NIN as they launched into ‘Farewell, Mona Lisa’ and the intensity of the strobes gave way to the intensity of the band. While it was odd to see them on such a big stage, separate from the crowd; it was incredibly awesome for me to be able to watch everything they do without worrying about fighting for my life. Ben Weinman, the guitar ninja, left no corner of the stage untouched as he climbed speakers Matrix style and swung his guitar around on his arm and jumped and slid across the floor on his knees. There was even a moonwalk in there. A MOONWALK. Puciato flew back and forth across the stage, a fear-inducing presence despite his small stature. The setlist was a spectacular mix of old and new; for this set it really all came together for me that I really love the lyrics in their songs….sometimes I forget that because it’s easy to focus on the technicality of the guitar and the energy of the performance. It was interesting to see the crowd go from ‘this is weirdddd’ during the Le Butcherettes set to ‘whoaaaa what is this’ during the DEP set. As they left the stage, I told my friend who’s first DEP set this was that all the craziness she saw tonight, she would feel the next night at their headlining show.

I covered the Deftones set for GRAMMY.com’s The Set List blog series. You can check it out here.