“I have seen people bleed
And I thought I’d seen it all
But my own two eyes were proven wrong that day
There are things that I have done
Only seen by the sun
And those thing will be buried in my grave
The crows and the buzzards will pick your bones clean
No name of yours will be above the law
Hold tight on Halloween, and rip up magazines
We lie up on the edge to watch you fall

October….how I love thee. You are filled with many shows, the weather is perfect, and you climax with my favorite evil holiday that allows me to pretend I am other things for many days leading up to it.

The Sunset Strip on a Monday night can be rather awkward…like an empty dance club. As you walk along, you notice the strange storefronts and are reminded that there is more here than music and good times, you see the Hustler store and pity your sad love life, you see the people and question the necessity of your being here.

But inside the Whisky-A-Go-Go was an entirely different story. Tonight the history living within those walls would be shaken by industrial metal’s finest. 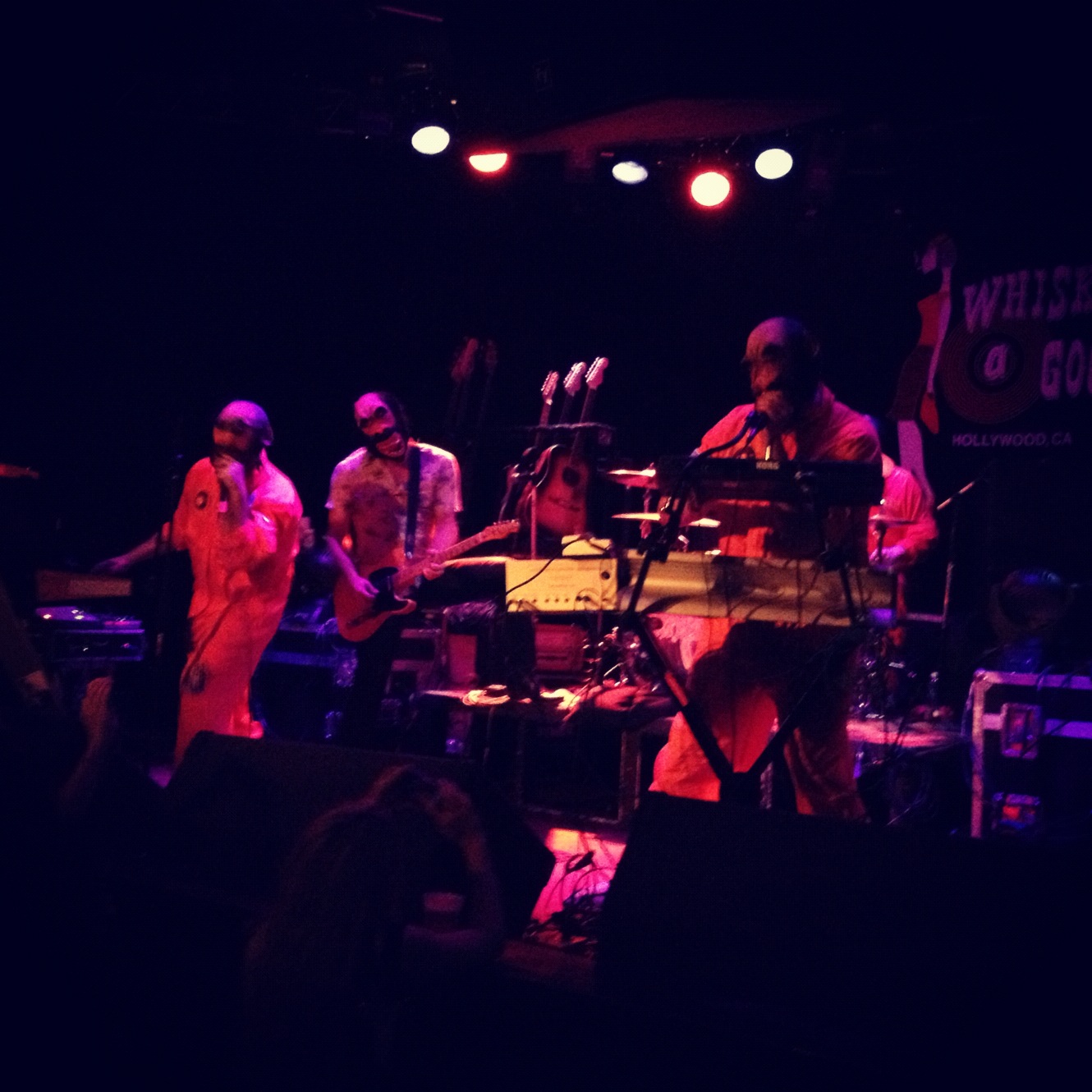 On stage was a group of men in monkey masks, creating basic but entrancing electronic beats. After being entrenched in all kinds of other metal for weeks, it takes my brain a bit of time to adjust to industrial, which ultimately, gets me on a level that no other can. Yes, their name is Fartbarf…but instead of the shock punk band that name evoked I winded up being mesmerized…by Fartbarf. Fartbarf. 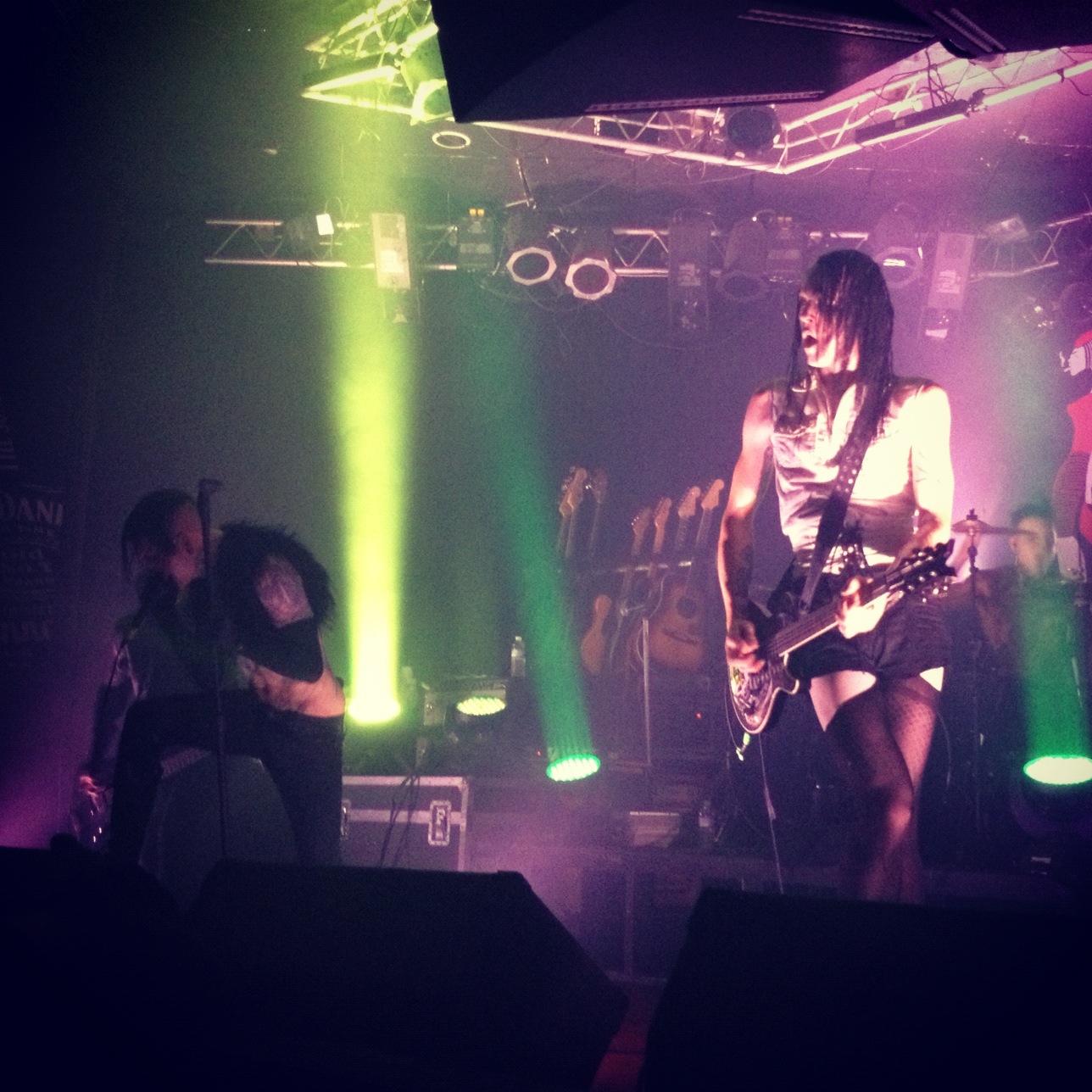 The room became enveloped with fog so much that I could taste and feel it beyond seeing it. I was very interested in seeing The Witch Was Right, which features Trevor Friedrich of Combichrist and Imperative Reaction and Abbey Nex of Combichrist and Psyclon Nine. When I could see them through the fog and wasn’t blinded by a strobe light, I was quite pleased. The Combi and Psyclon elements are there, but there’s also very much a NIN vibe, which you can imagine is a positive in my book. Instead of constantly being about the beat, there were parts that were very melodic and pretty. I was having a fine time enjoying the set when Trevor stated they would be playing their last song and said something that we couldn’t understand…when suddenly a figure emerges in the fog with a very distinct blonde hairdo. My eyes got about THIS BIG when I realized it was Tim SkÃ¶ld! It had been ages since I’d seen him play…I’ve been a huge fan but he’s kind of dropped off my radar. It was great to see his graceful and wicked style of playing again, even if just for one song. 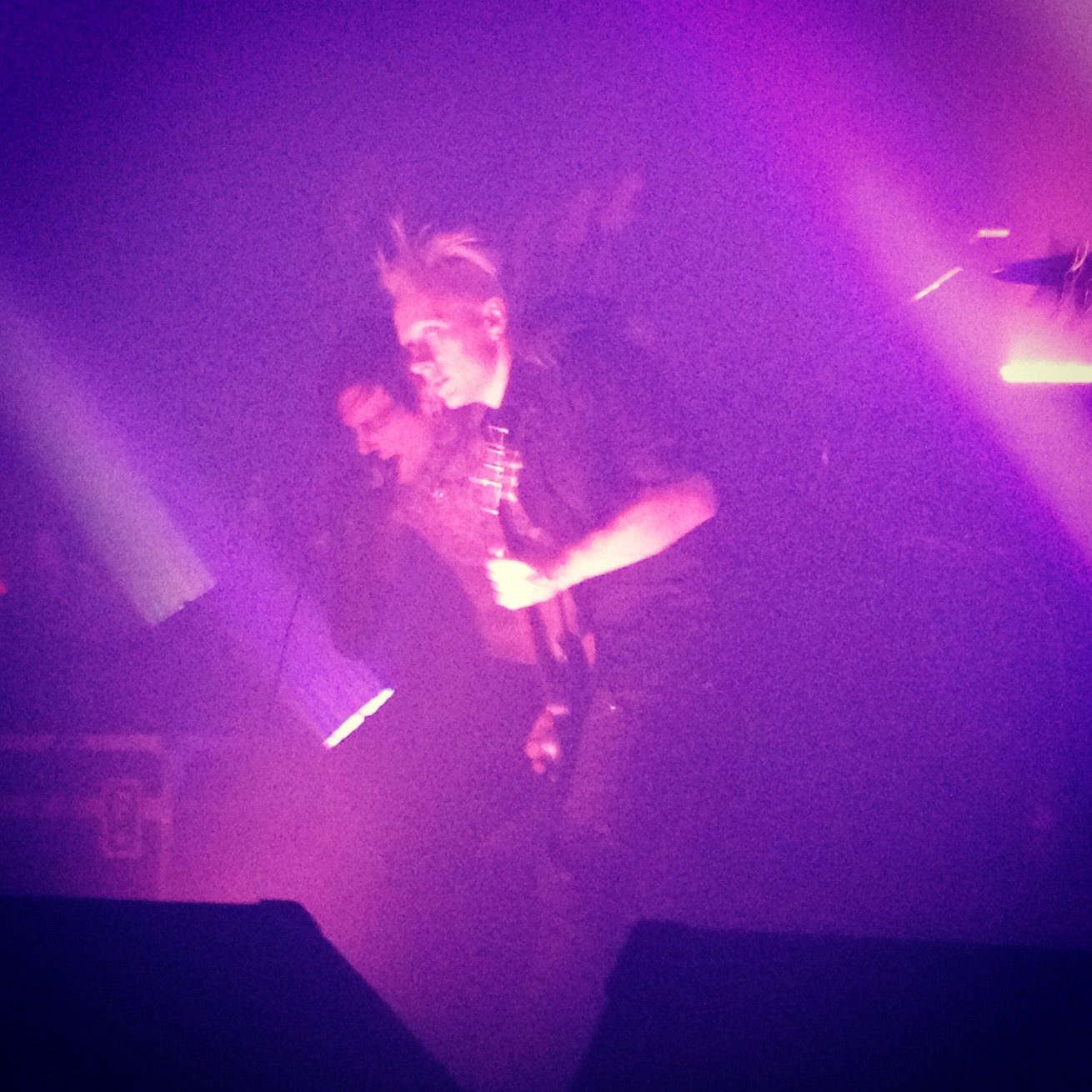 Almost four years ago I saw Black Light Burns open for Combichrist, and it is one of the shows I credit with bringing my site and the general mentality that I keep into it’s own. So tonight was one of those full circle moments where I was seeing almost the same people as I did four years ago, but I could not be in a more different place in every sense of the word.

If you had told me I would be able to see that crazy guitarist from Limp Bizkit play in such intimate venues years ago, I wouldn’t have believed you. In fact, I still can’t believe these shows don’t get a better turnout. The records are solid, the show is great…this is one of those bands that makes me want to do PR. 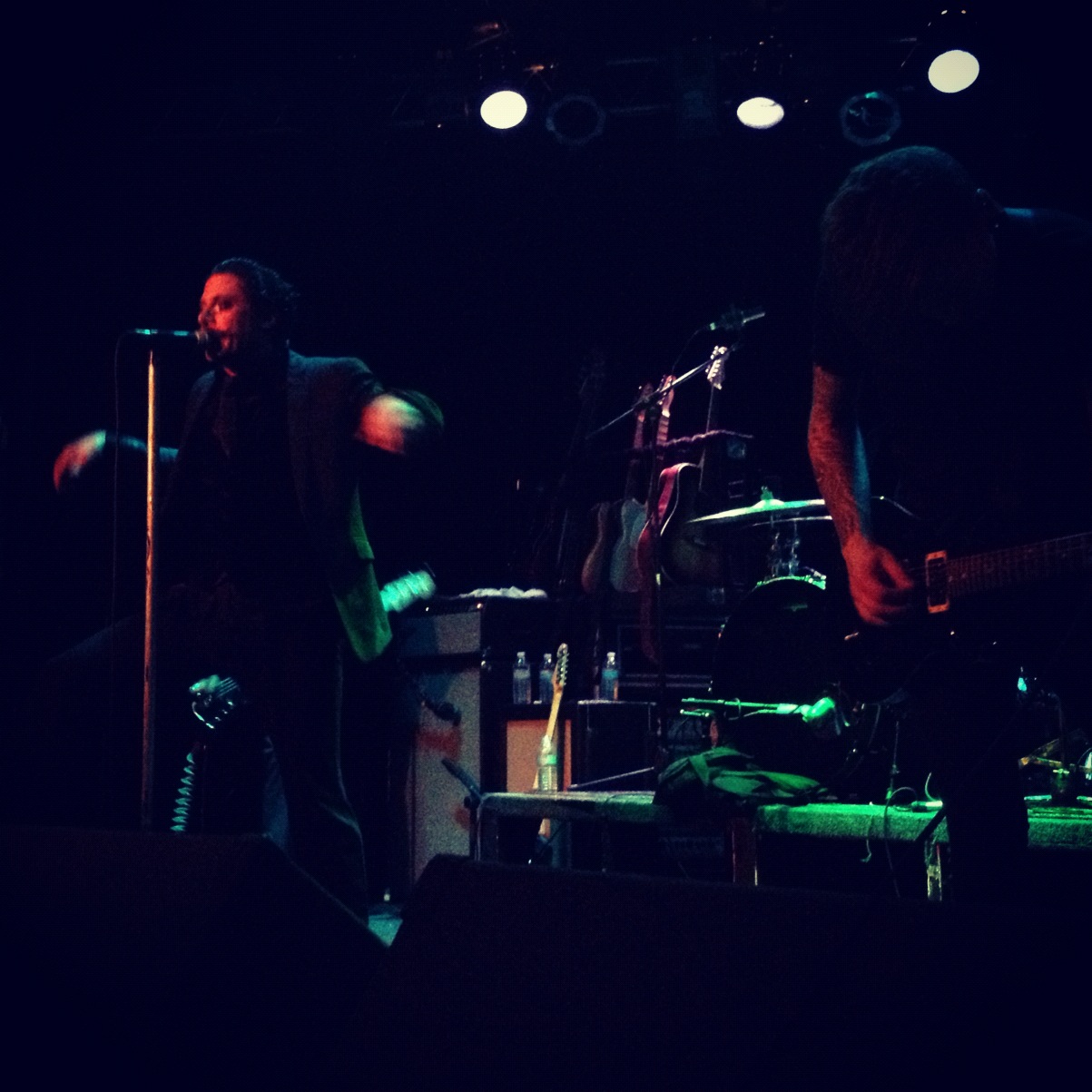 Wes Borland is an amazing frontman. From being a skilled guitarist and vocalist to generally just having a stage presence that makes it hard to watch anyone else in the band, he’s like some kind of modern day troubadour. A very physical performer that sometimes had him falling over backwards and writhing around, his white cornered eyes gave the set a surrealist edge.

Since the band had such a long hiatus, the first record had been collecting some dust in my collection. It ended up being one of those sets where a song would begin and I’d say to myself, “ah…this is my favorite song!”, and then a couple songs later, “oh wait…this is my favorite song!!”. “Stop A Bullet”, “Lie”, “I Want You”…as the tracks from the first album gave way to ones from the new album, a heckler shouted, “Play the whole first album!” to which Borland replied snarkily something about the success of the first album and the tour not being sold out.

But the best Borland comment would come later, when he talked about hanging around after the show. Someone shouted “Go to the Rainbow!” to which he replied, “I’m not that washed up yet!” ZING.

By the end of the set I was plagued with the thought that invades my mind every time I see an industrial metal leaning band that I like: it’s so hard to find good bands in this subgenre. I think over the last couple years I’ve maybe added Shining and Blut Aus Nord to my library. It’s an easy one for boys to put on hot topic and makeup and create some beats for…but it’s a hard one to write engaging songs within.

Finishing up with a cover of Love & Rockets’ “So Alive”, I left the venue fueled to make this October one to remember.