First I had Henry Rollins tickets, and then Dethklok/Machine Head was announced. Got those, and then Soundgarden was announced. Ladies and gentlemen, welcome to a concert going girl’s good problems. 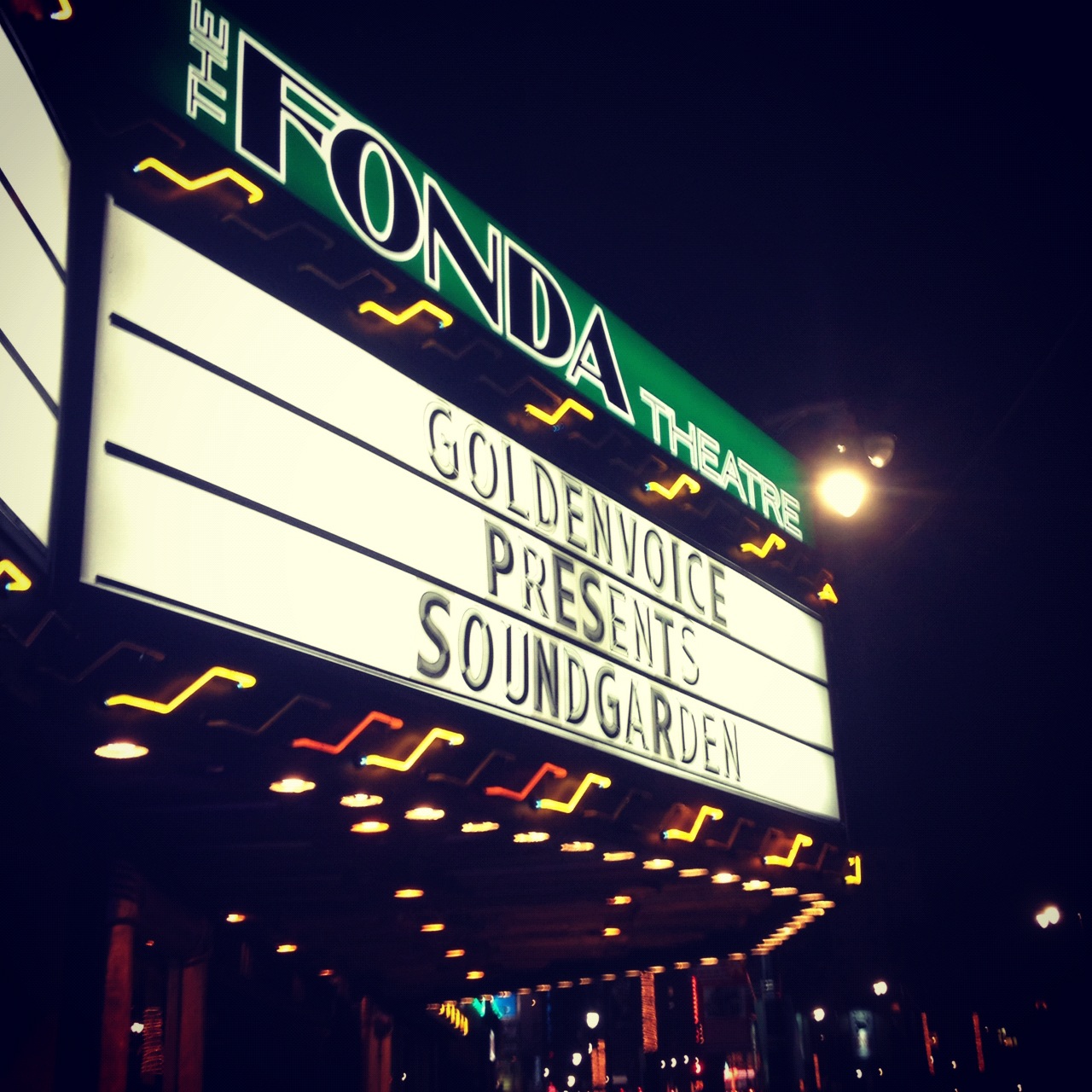 SG tickets were obtained, my Murmaider costume a distant memory. My love for SG runs long and deep; last year I nearly died at their show at The Gorge. But as I walked into the small for SG Fonda theater, I became very aware this would be different….

Through many years of going to hundreds of shows, I have determined there are exactly 4 types of show audiences:

1. Old fans
2. New fans
3. People who are there because they think they should be/are dragged by someone
4. Music industry people

How did I know this?

1. I walked in 10 minutes before the show began and was able to walk up 3 people from the stage
2. When the show began, nobody moved
3. I was the loudest person in my vicinity
4. Chris Cornell pointed out how lame the crowd was….many times!

Ok, ok…I know I’m sounding bitchy, but it’s upsetting when a bunch of people who would have really enjoyed the show more couldn’t get in. And this is after I got super angry reading this article on “why LA sucks”. Perhaps this is my one quibble. 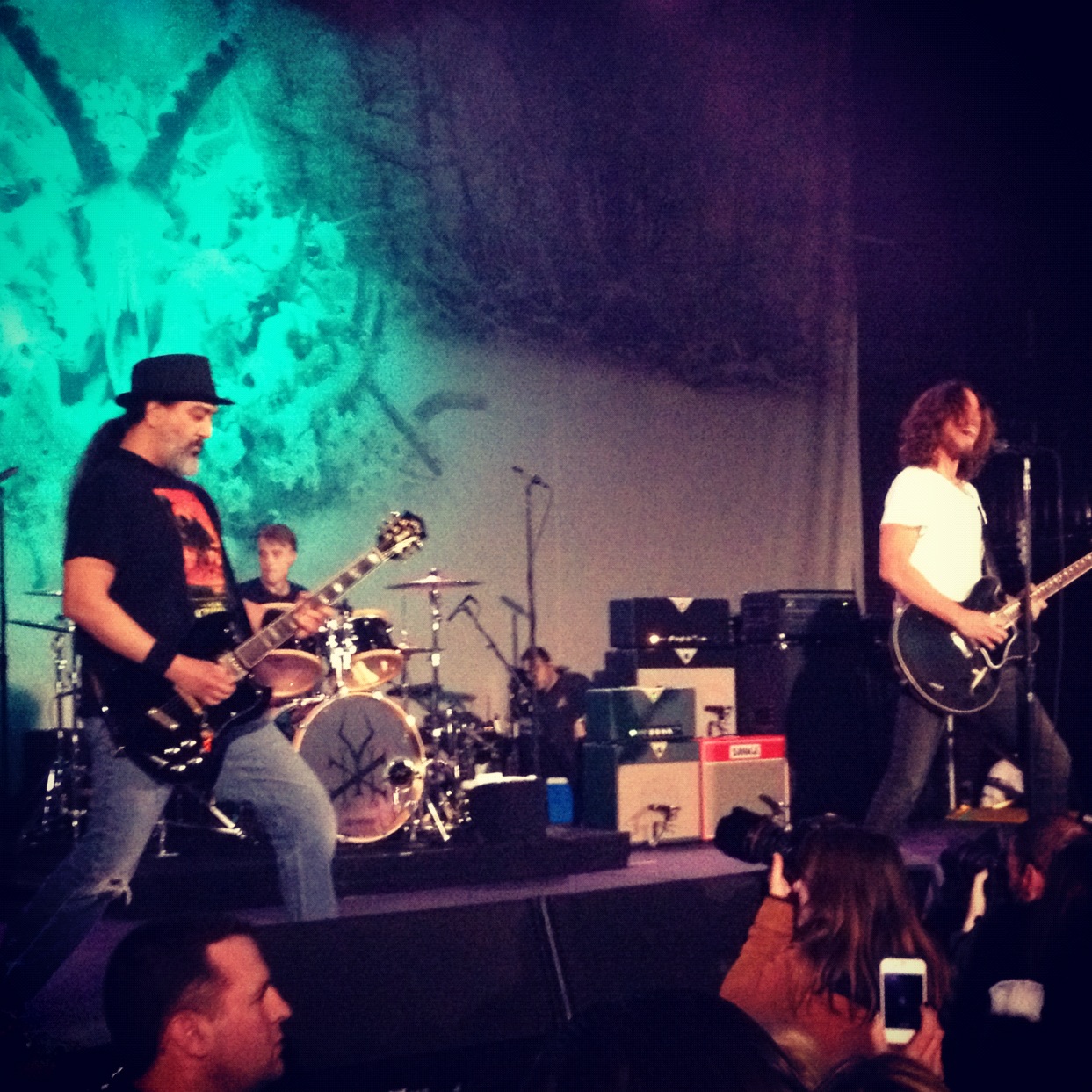 Soundgarden’s first full-fledged album since 1996, King Animal, just released a couple of week’s ago. A few spins in and I haven’t found myself attaching to any of the songs. It’s a tough place to be…no one can expect them to continue down exactly the same path as they were in the ’90s…but you can’t help but feel like these songs exist somewhere between lighter SG songs and Cornell’s solo work.

This small show, celebrating the release of this album, featured a setlist heavily weighted in new tracks (10/25). But as the curtain lifted and they began with top track “Jesus Christ Pose”, I don’t think anyone in that room- industry folk included- could deny that SG still has it after all these years. 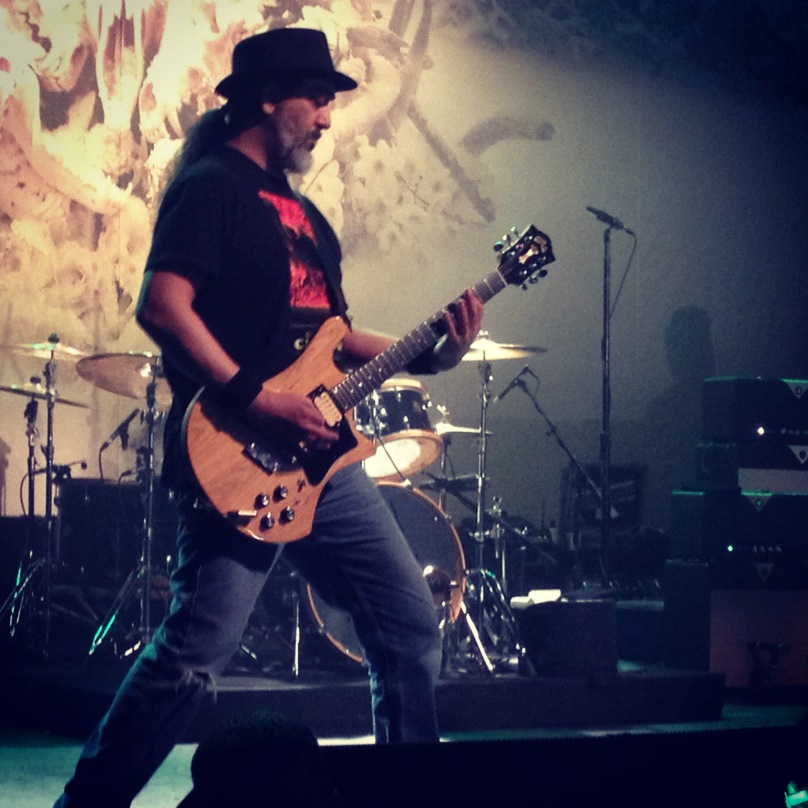 In the times I saw SG last year, I am always enamored by Kim Thayil’s understated playing. Those riffs are some of the first ones engrained in my brain from the time when music became my most precious friend. On this night, I was provided a clear view for close-up ogling due to the mellow crowd, affording me a level of concentration with the intricacies of the sound since my left ear was nearly on a speaker. I could tell when things were slightly out of tune! Me, the non-audiophile…I didn’t find it annoying, it just made it all more real. And the number one question I get when someone hears I’m seeing Cornell is “is his voice still good?”. I think his voice has weathered the years more than a lot of other vocalists. There is the occasional key that has been changed, but for the most part, I think he still sounds really impressive. 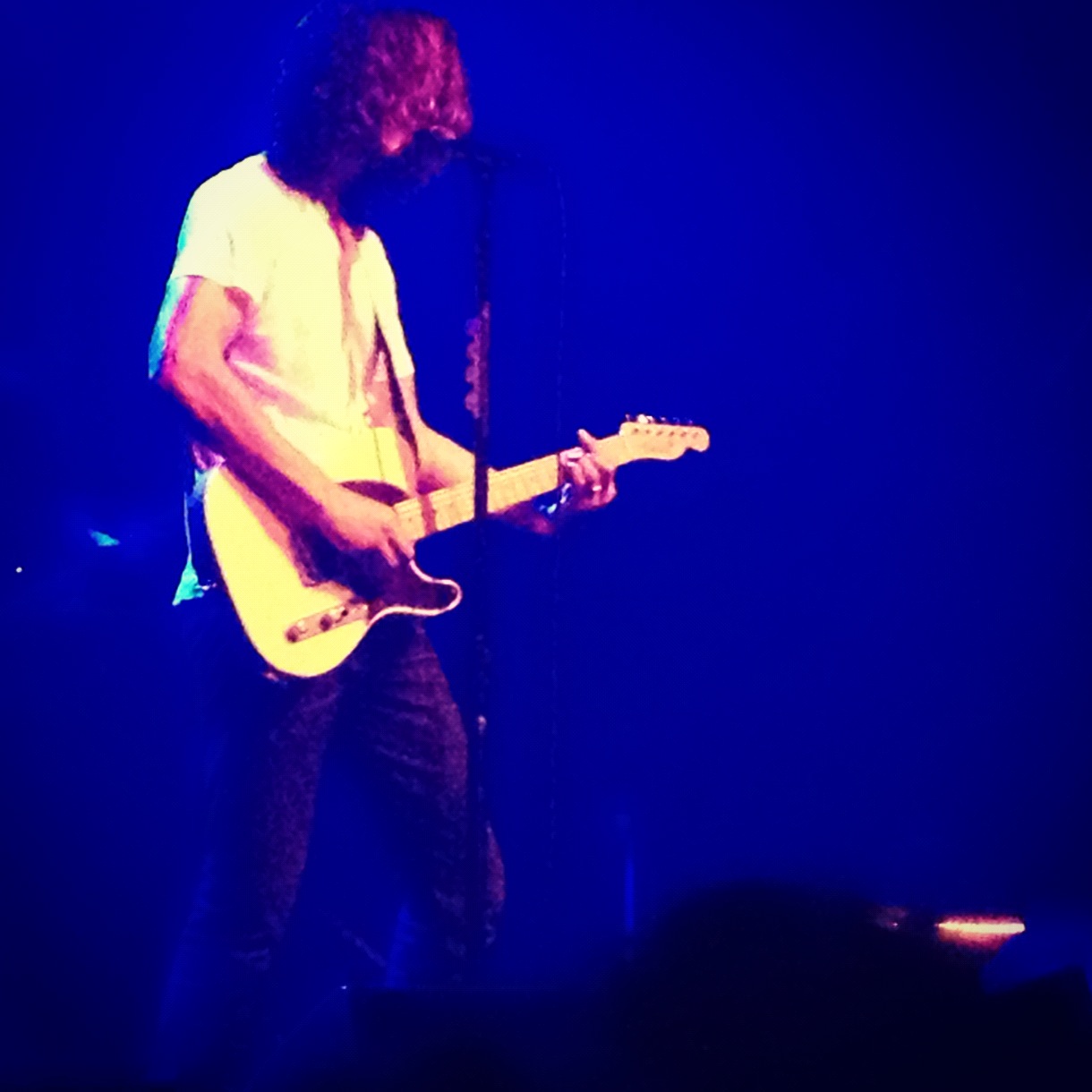 Beyond teasing the crossed-arms crowd, the seated balcony, and singing “Happy Birthday” to drummer Matt Cameron, the set was very focused on the music. As I stood there and watched them sway back and forth from new to old track, from grittier to polished song, I was reminded of SG’s place in my musical mind. Nirvana was my first obsession, the band that captured my feelings of depression. Alice in Chains channeled my passion and anger. Soundgarden has always been just about the songs to me. Cornell is one of my favorite voices, and some of those songs I love….but it’s always interested me how SG never seemed to penetrate the most intimate level of my musical psyche. Close, though.

The encore of “Incessant Mace”, “Black Hole Sun”, and “Slaves & Bulldozers” was the crown jewel of the show…though several audience members wouldn’t know because they LEFT before this happened. God forbid, a PIT even broke out at the very end, much to security’s dismay. They left the stage in a feedbacky, distortioned frenzy after a slightly over two hours long tour through their career.

I had planned on this being my one SG show for a while since it was special, forgoing next year’s Wiltern shows. But since it left a strange taste in my mouth…perhaps I will go. Good problems.