I am not ashamed to admit that I’m pretty sure I hadn’t heard of Big Star before the above documentary. It’s great and tragic, in that Anvil: The Story of Anvil kind of way, but without the happy ending. 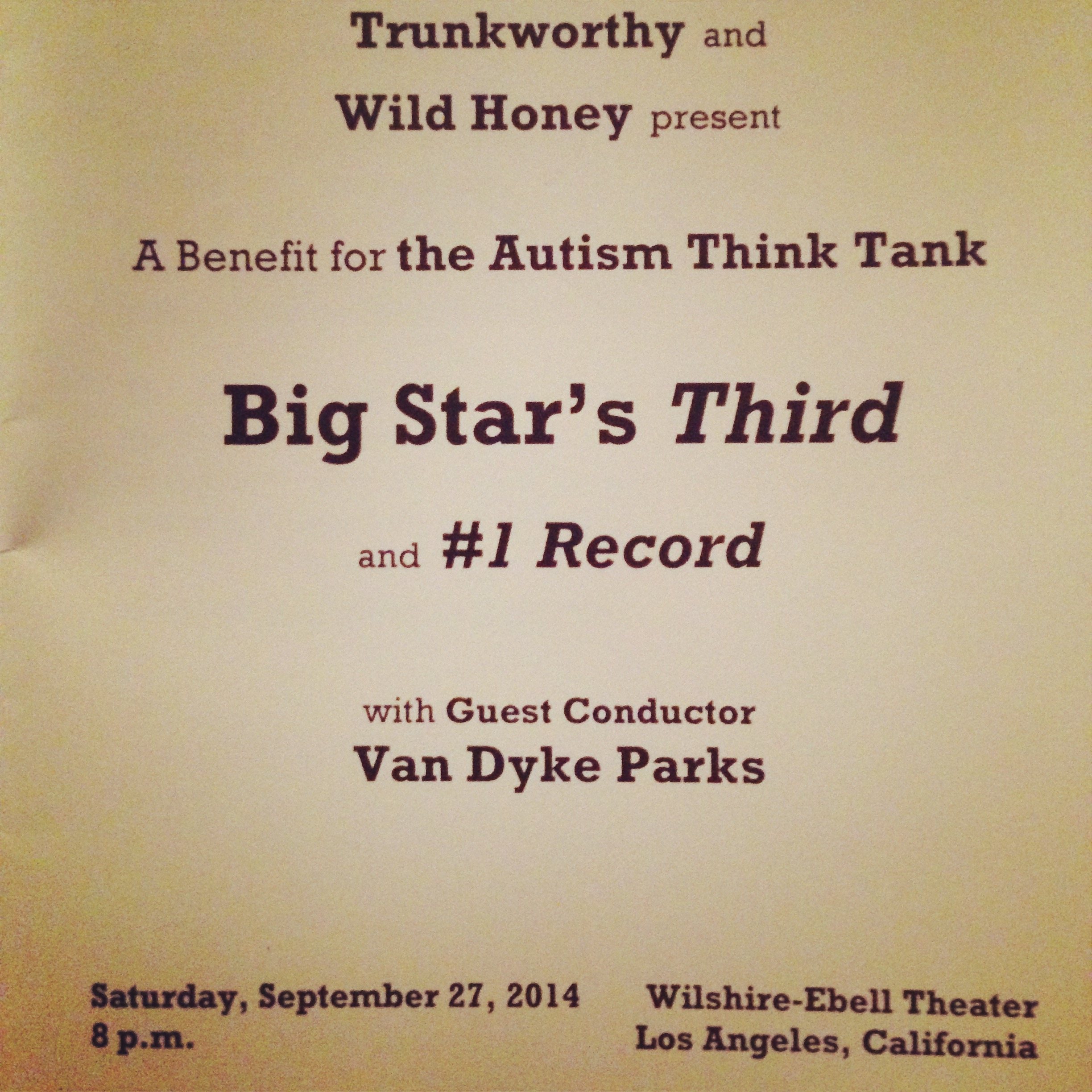 My husband, however, is a huge fan, and we found ourselves getting comfortable in a seat in the balcony of the Wilshire Ebell Theater on a Saturday night for a performance of 2 of Big Star’s albums. The night would also serve as a fundraiser for the Autism Think Tank.

As benefits usually go, there was a lot of information, thank you’s to people you have no idea who they are, and more information. An intro to autism unfortunately included stories of children gouging out their eyes and other horrible things, and while this may have set the stage for one of my usual shows like GWAR, it was not nice to hear after a pleasant dinner going into a relaxed evening of music. Every time a graphic detail was expressed, the crowd gasped. I know it’s reality- I have a psych degree- but I think they should rethink their strategy and focus on the positive here.

How was I to handle a night of two records I don’t know? Well, the music was nice, but what kept my attention was the level of musicianship and the array of musicians from different corners of the music world. The sound was big and intricate- strings and horns complimented all of the other usual suspects. 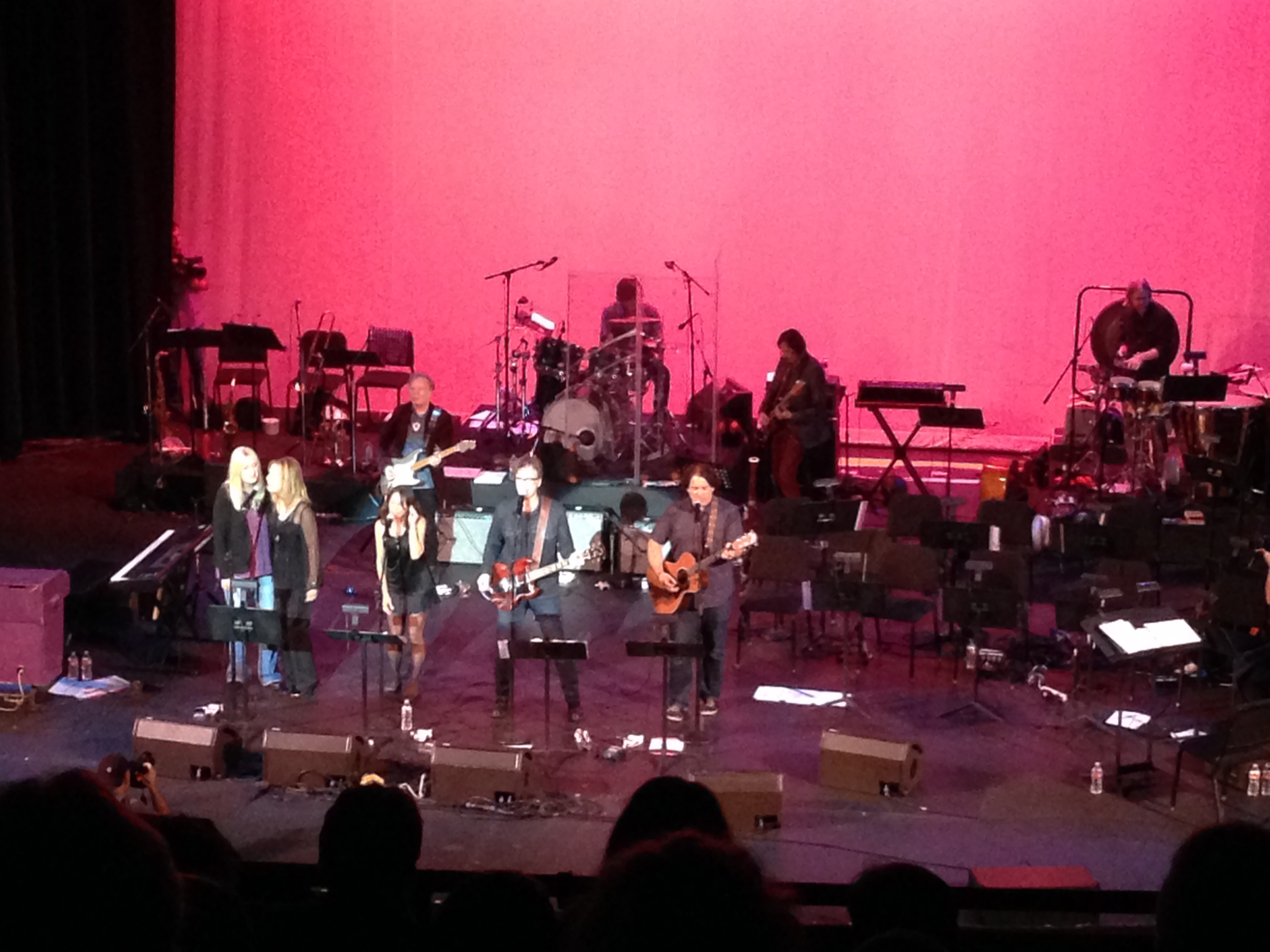 Players for the night included the original Big Star drummer, Jody Stephens, Van Dyke Parks conducted the strings (he worked on Brian Wilson’s Smile), and then there were people like The Bangles, Aimee Mann, members of REM, Beck, The Posies, and more. Besides maybe Beck, these are not musicians who I ever much listened to, though I did love that one Portlandia episode. So: the only songs I knew the whole night were “In The Street” (oh- so Cheap Trick covered their song for the intro to That ’70’s Show!) and the Velvet Underground cover “Femme Fatale”, the only thing I would say was poorly sung that night (If Nico seems like a great singer after, that’s probably not a good thing).

However, I enjoyed the night a lot. It was three hours of interesting, authentic music. Apparently, people who know these two albums have said they would be unplayable live, but gauging the reactions around me, the fans were thrilled it was pulled off. Sometimes it’s fun to not be part of the core fan base at a show, to see if it is so strong that it gets you, too. Highlights for me included being introduced to the beautiful voice of Skylar Gudasz, the intentionally bad fill of the ubiquitous “Smoke on the Water” riff while overcoming one of the only technical difficulties of the night by Beck guitarist Jason Falkner, seeing a basketball being bounced as an instrument for a song, and the final number being performed at the front of the stage acoustically because it was past curfew and the PAs had to be turned off.

After three and a half hours of music, my appreciation for Big Star had grown, and hopefully the night proved fruitful at raising money for autism.