I literally lead a one note life; all of my cultural activities are music related; art and fashion generally don’t make their ways onto my calendar.

However, when invited to a fashion + music event that I can walk to from my bungalow, I’m in!

I didn’t think the whole thing through properly…I’d had a late night the evening before and was half asleep as I got ready in all of about 15 minutes. All I knew was that I wanted to wear a certain pair of boots that I rarely get to put on.

Siren Studios has a nice event space up on the rooftop, and as we walked into a party that was barely getting started, photographers far outnumbered the rest of us. So, due to lack of subjects, these photographers start taking photos of us. 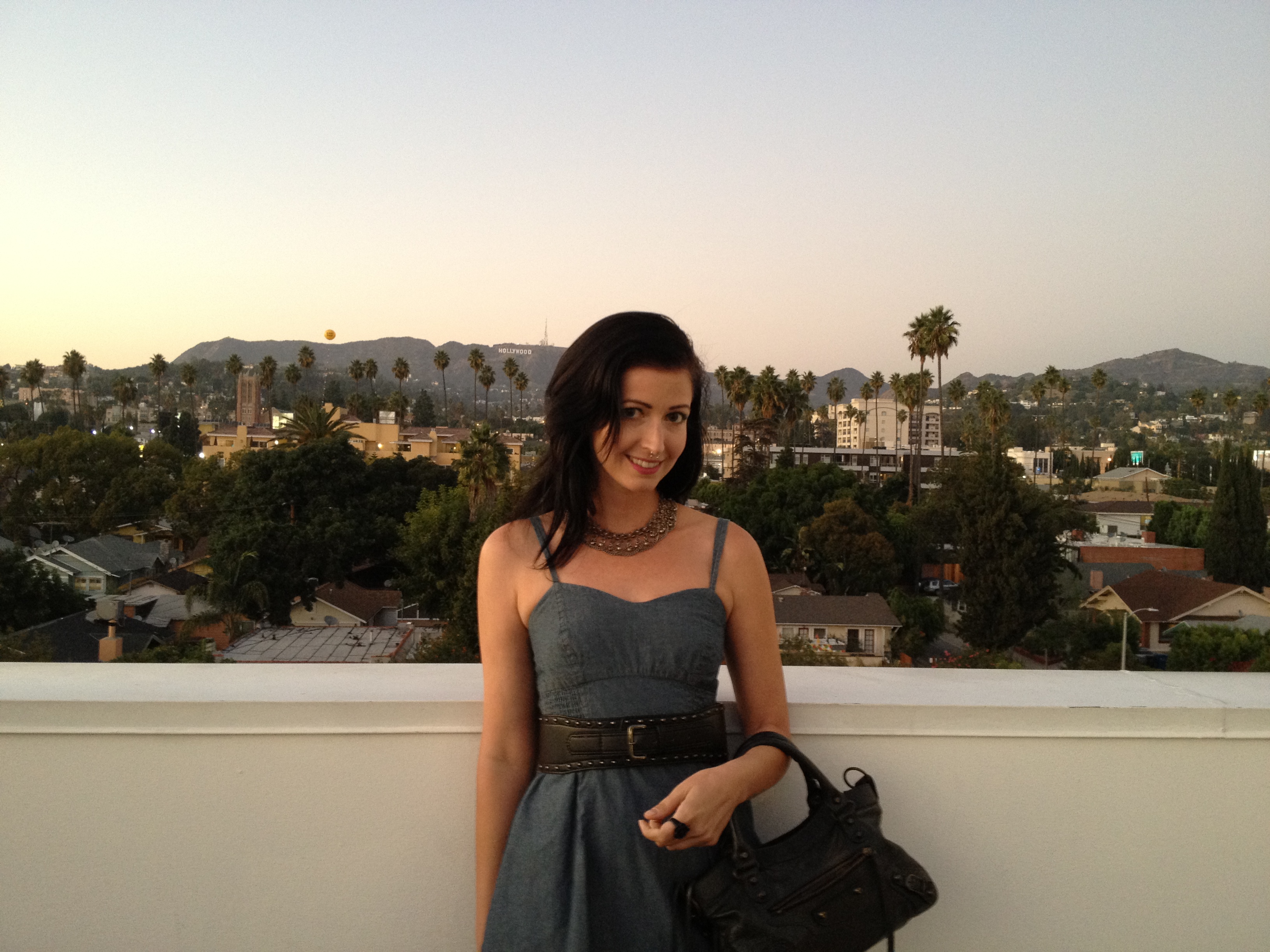 At least I got the handbag right! I was not prepared for this….my fashion style is mostly plain & cheap, with the exception of my handbag and shoe collection. 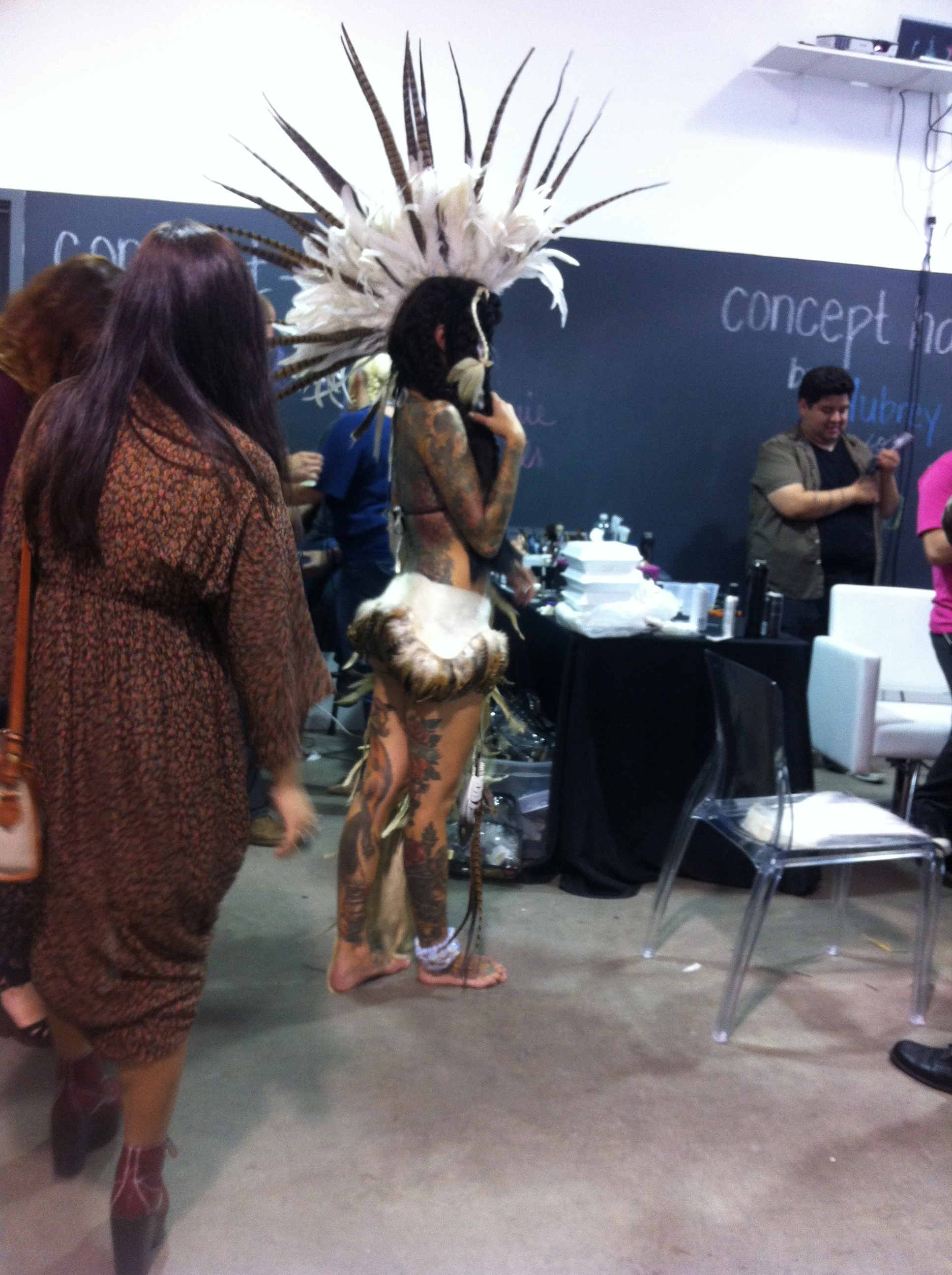 Anyway, we were super early to this party, so we watched the sun go down and the people watching get better and better. There were makeup and hair stations in use and fashion shoots in progress. I admired the polished beauty of it all…it was so ‘LA’ to me. But the best part was when I walked in an saw a video installation where the girl was basically in high fashion corpse paint: 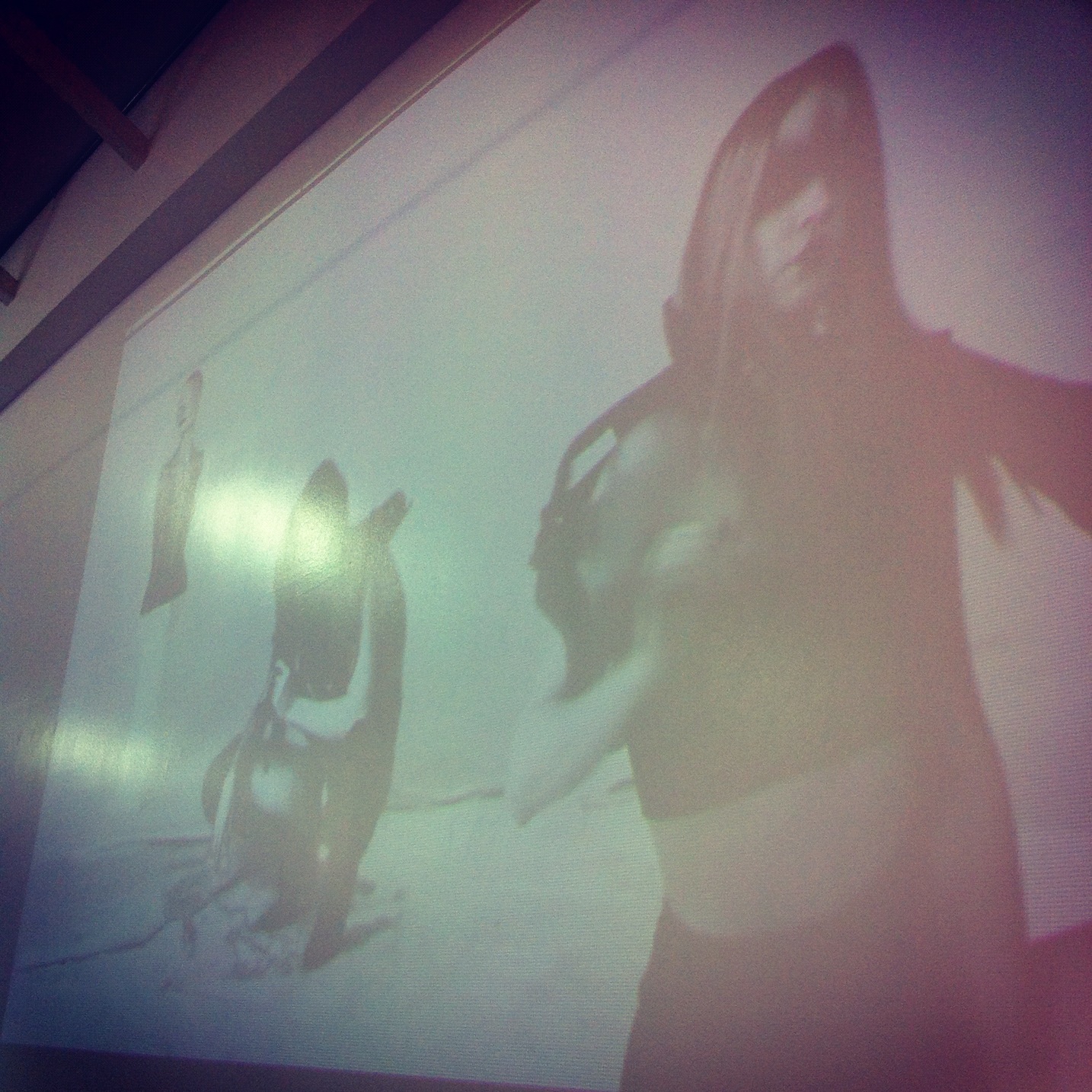 It was a relief when the music finally began. Oddly enough, it was my third time to see RT n the 44s this summer. This transportive four piece, with their straight from the ’40s look, was a stark contrast to the forward-looking fashion seen throughout the room. Unfortunately, you could barely hear their wayback sound over the chatter of the fashionistas who seemed utterly confused by their set.

There were a few other acts that played, but I was busy people watching. It wasn’t until Run Through the Desert played that everyone seemed to take notice. 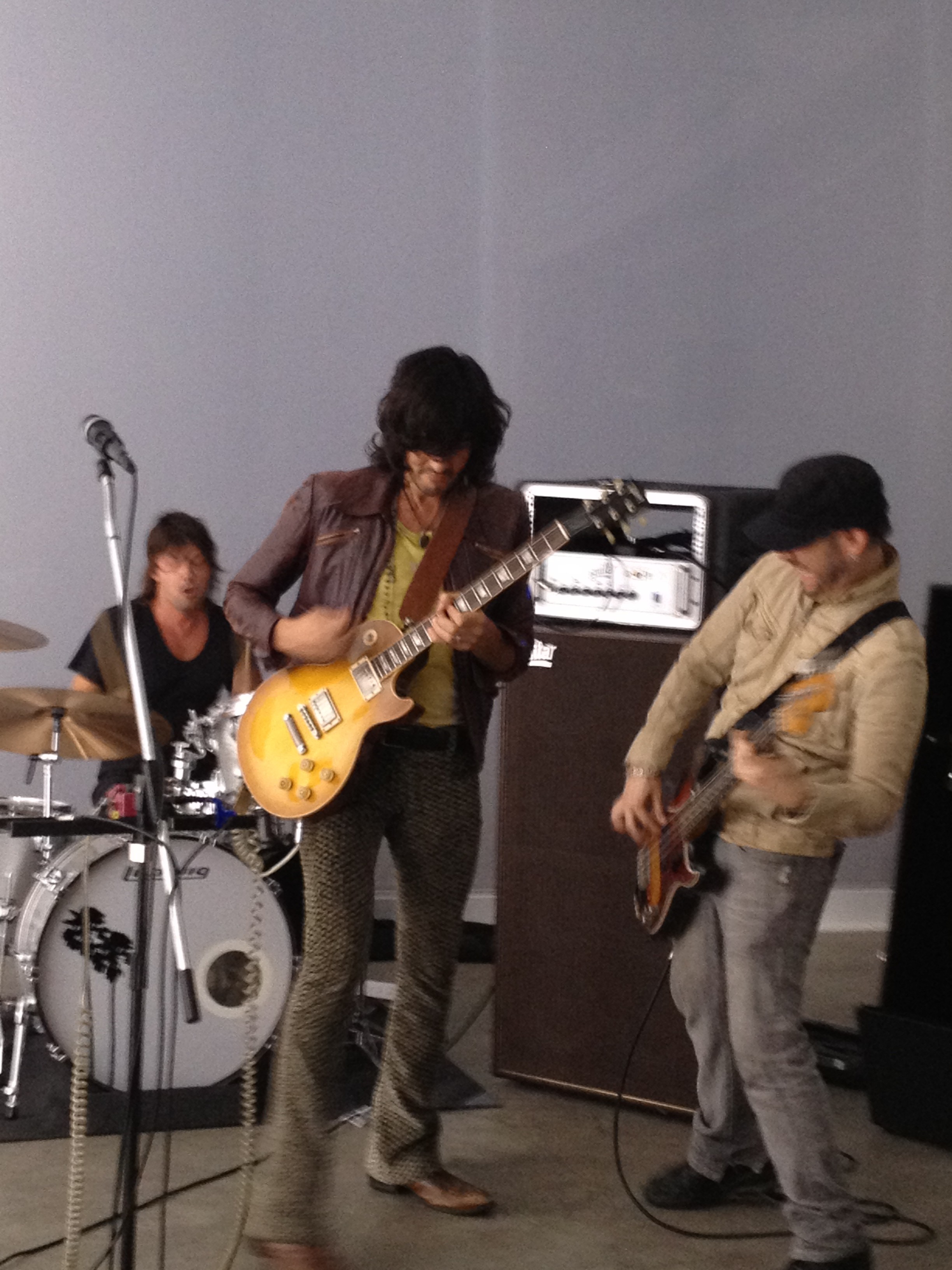 Rock music in a space meant for photos shoots is an interesting thing. It diluted the experience in some ways, but enhanced it in others. The set may have been a short few songs, but the classic rock infused tunes drew the fashionistas to the area around the band like a moth to a flame. I’m a strong believer that fashion and music go together like whiskey and soda, inspiring one another in some way, shape, or form. 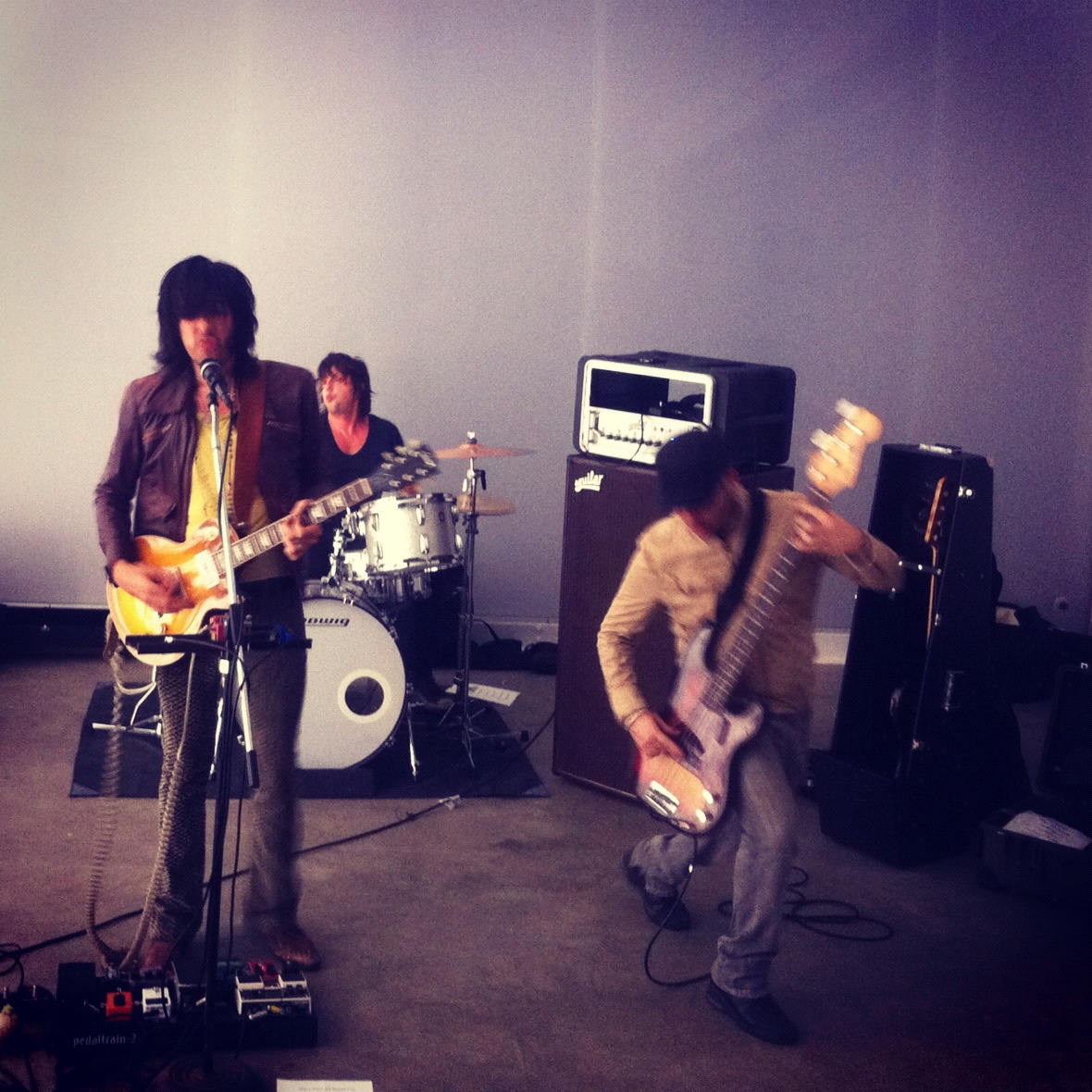 Run Through the Desert is comprised of the guitarist Yogi Lonich and drummer Jason Sutter from Chris Cornell’s solo tour band, and Marty O’Brien of We Are The Fallen and who has toured as part of Disturbed, Methods of Mayhem, and many more. It’s rare to catch musicians on this level in such an intimate setting; you could instantly tell that they were on a different level than a lot of what I’ve seen recently. And that’s what I love about LA…what I’m going to miss about LA…these random nights that, when you step back and think about it, outclass anything I will do in a month back in Texas.

Run Through The Desert video snippet

Leaving us wanting more, the rock ‘n’ roll that made us sway in our carefully, or not so carefully, curated outfits ended too soon. And with that, we left and strutted down Hollywood Blvd., taking in the beauty in it’s ugliness.