I could sense this on my walk from home to venue, the streets already peppered with wasted youth. Added to full moon fever was the fact that this felt like the first truly hot day of the year….and it was humid.

So I already felt gross as I walked into the newly revamped Red 7. Admiring the collection of vintage boom boxes on the wall- calling things from my youth vintage makes me feel old- it felt appropriate as we lost MCA of the Beastie Boys that morning.

I haven’t been able to breathe properly in a week, and the moist, hot air doesn’t help my puny lungs. Neither does all of the smoking around me, but I am determined to hold my own. I’ll never fit in at a punk show, and I must have a target on me that says “every punk girl must bump into me while walking by”.

But to my surprise, the opener is only marginally punk…she looks like she doesn’t fit in as much as me. To feel like misfits in a genre based on misfits…She sings melodically and winds into screaming fits, practically swallowing the mic at times. She looks like she could be 12. But when she plays, she transcends…there’s something special about it, and not because our expectations might be low. The large, dreadlocked man next to me breaks out in some sort of riverdance-like maneuver. Many look on in confused wonderment. These are Screaming Females, and I would later realize she- Marissa Paternoster- is considered to be one of the top 100 guitarists on a recent Spin list. 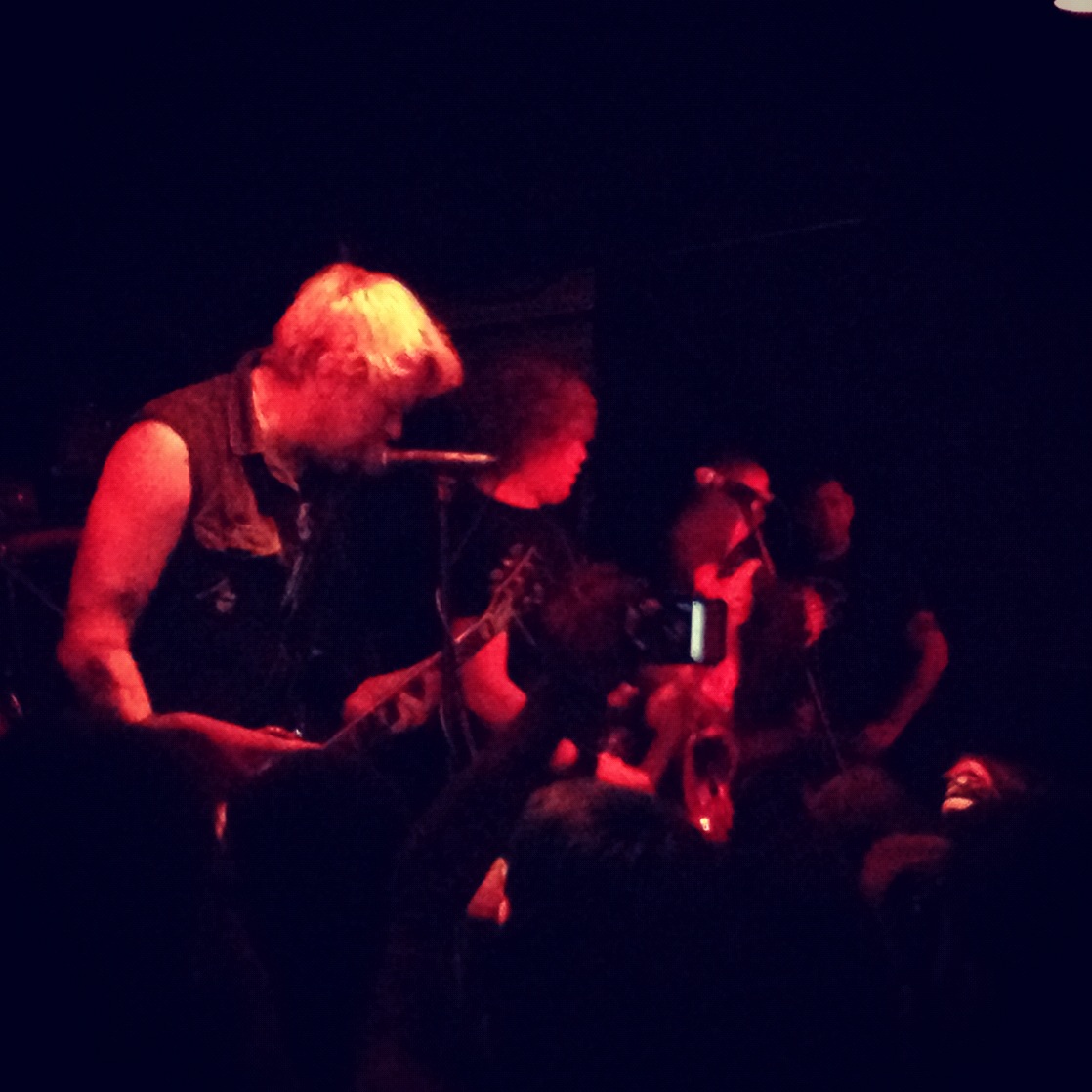 We step back inside to inhale air conditioned scented air before going back for more. Tonight’s headliner- Tragedy. Earlier this week I saw the guitarist for Baroness wearing a Tragedy shirt as he played. This is one of those bands with a strong cult following, and I’m about to be initiated.

The band looks as unlikely to play this music as it seems unlikely they started in Memphis. Mass chaos ensues; every verse brings a new person jumping onstage or trying to scale a pole. At one point the show has to be stopped to break up a fight. The music is a catalyst for cathartic aggression under the supermoon; everyone seems to have some sort of negative energy on their mind, whether we were standing still or jumping off a stage.

The militant growls overlay the spinning of the guitars and drums in a whirlwind of sound. It’s the witching hour, and the moon peeks through the cracks in the roof of this outdoor stage. Why do we choose to listen to such angry music? Isn’t the world around us enough? But the angry arts are what draw it out of some of us, and as I walked home under the glow of that moon, my skin glistened as proof.