This was my 4th year attending this event, and it is a surreal, cool one-off show made even better because it is all done to support a great cause. MusiCares is the “safety net” that steps in when one of those elements of the trifecta know as Sex, Drugs, & Rock ‘n’ Roll gets a little, or a lot, out of hand.

For this year’s event, I worked with GRAMMY.com on their live blog, posting photos/commentary/interviews in real time… which is a pretty intense experience on top of an already intense experience that is an event like this’ red carpet. Because some of the interviews didn’t make it on the blog, I strung them together here for you. The latter part contains some announcements like a teaser for Chad Smith’s drum battle with Will Ferrell, Dave Navarro’s upcoming documentary about his mother, and Mix Master Mike’s new kid’s DJing device.

Side note: huge THANKS to KTLA for ruining my Metallica interview by taking too long with their “questions”. UGH! 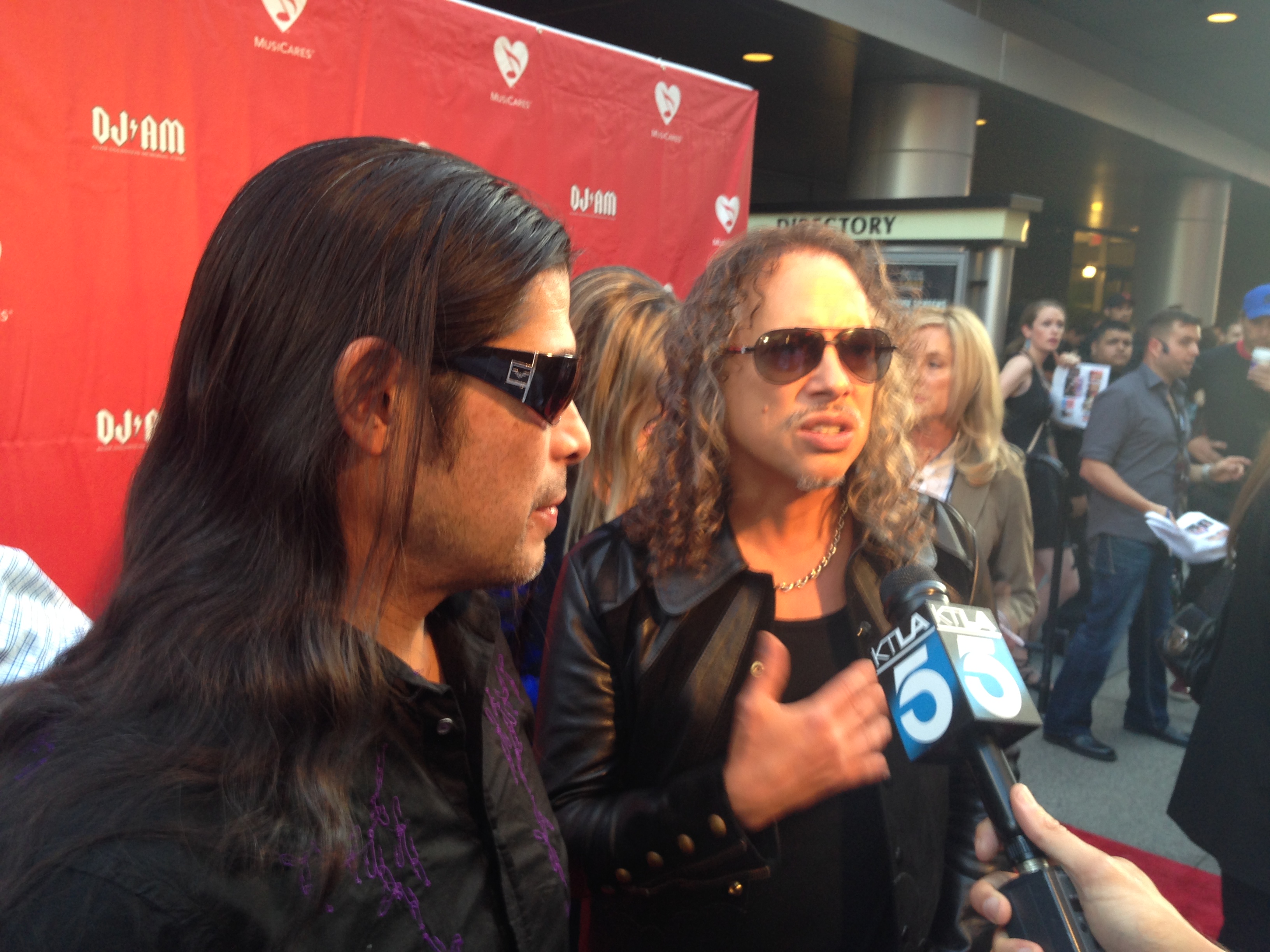 For the show, I was lucky enough to have an entire couch to myself in the Living Room area that the pit of Club Nokia is turned into. I was seated next to Metallica’s table and behind Ozzy’s table. No big deal right? How. Did. I. Get. Here? 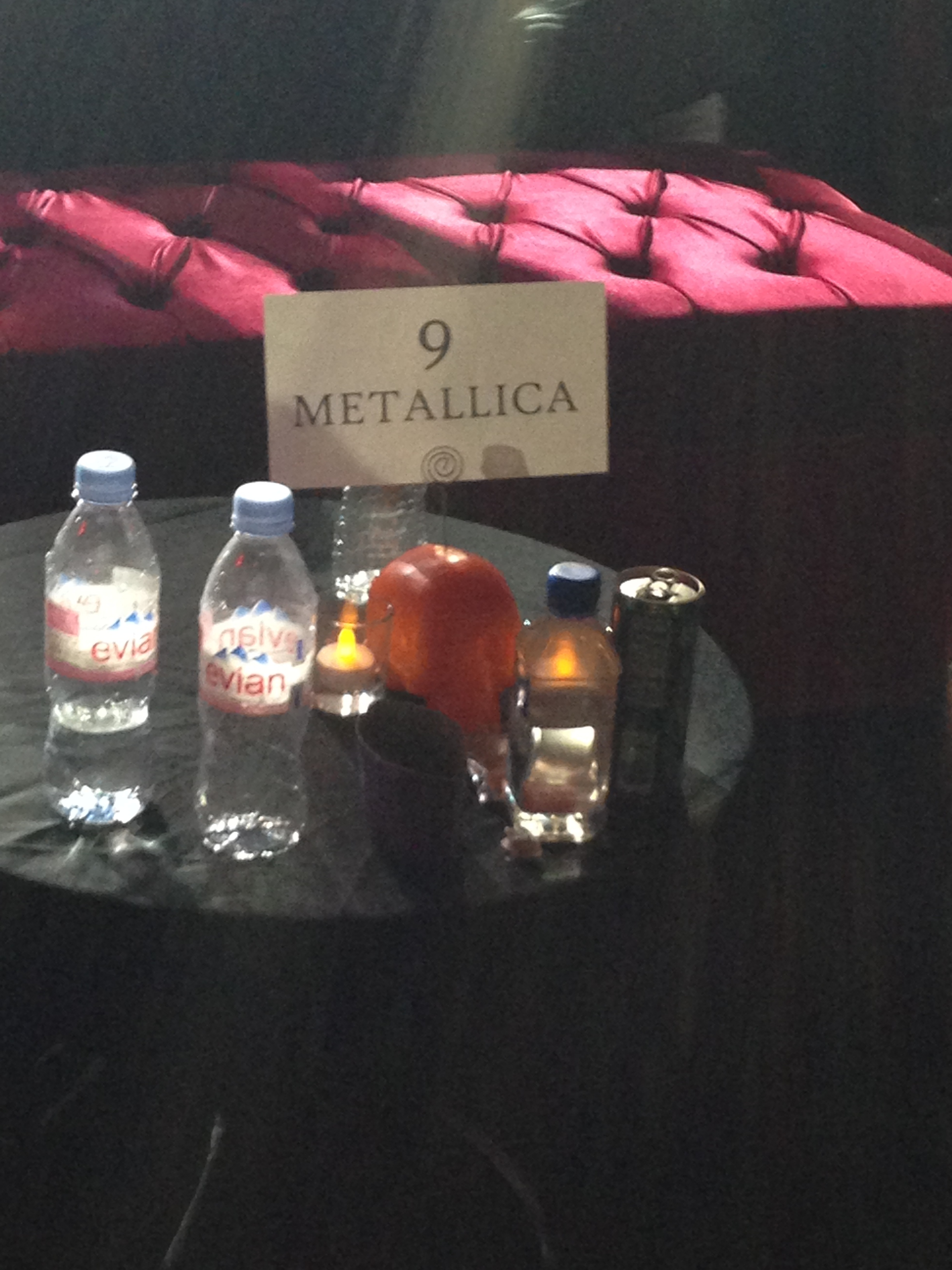 A few quick memorable moments from the show: Dax Shepard’s jokes were really good if even cringe-inducing at times, but perhaps not as much as Craig Ferguson’s, when he was introducing honoree Jeff Greenberg. Ouch! Beth Hart performing a cover of “Changes” in her soulful way was really lovely. Metallica, who had a rough start, seemingly fumbling a few seconds of “Stairway to Heaven” before a) I picked my jaw up off the floor and b) they instead played Rare Earth’s “I Just Want to Celebrate”. I didn’t like it. Then they played Deep Purple’s “When A Blind Man Cries”, followed by some commentary on the Rock & Roll Hall of Fame, captured in my video above. Then they surprised me by playing “In My Life” by The Beatles. AND THEN there was this weird moment that had me going “What’s going to happen??? What’s about to happen?!?!?” as The Metal Band cast off palpable feelings of insecurity and worry as they looked at each other and said things like “Are we gonna do it?” and “Is this gonna happen?” I could feel my face get moist with the sweat of anticipation as they launched into a cover of Ozzy’s “Diary of a Madman”, which was just super rad. Hammett, who is not my favorite live guitarist, I have to say, shined on this fierce rendition of the song, with only minor fumbles, and Hetfield’s peppered in cackles made the performance special. Also captured in my video is Joe Walsh, the guitar god to the guitar gods, introducing Ozzy Osbourne to receive his award. Ozzy wasn’t ready to come out when Walsh was done, so he told a joke…and it was good! Then Ozzy came out and launched into a fun 5 song set with Dave Navarro and Billy Morrison on guitars, Blasko on bass, and Tommy Clufetos on drums. Slash joined for the final song: “Paranoid”. Early on in the set, I watched in slow motion horror as Ozzy picked up a bucket of water and dumped it on his kids sitting at the first table in front of the stage. I could clearly hear Kelly going “WTF, DAD?!” as she and Jack made sure their iPhones didn’t get ruined along with their outfits. Nothing is sacred.