“People usually complain that music is so ambiguous; that it is so doubtful what they ought to think when they hear it; whereas everyone understands words. With me it is entirely the converse…. The thoughts which are expressed to me by a piece of music which I love are not too undefinite to be put in words, but on the contrary too definite. “ 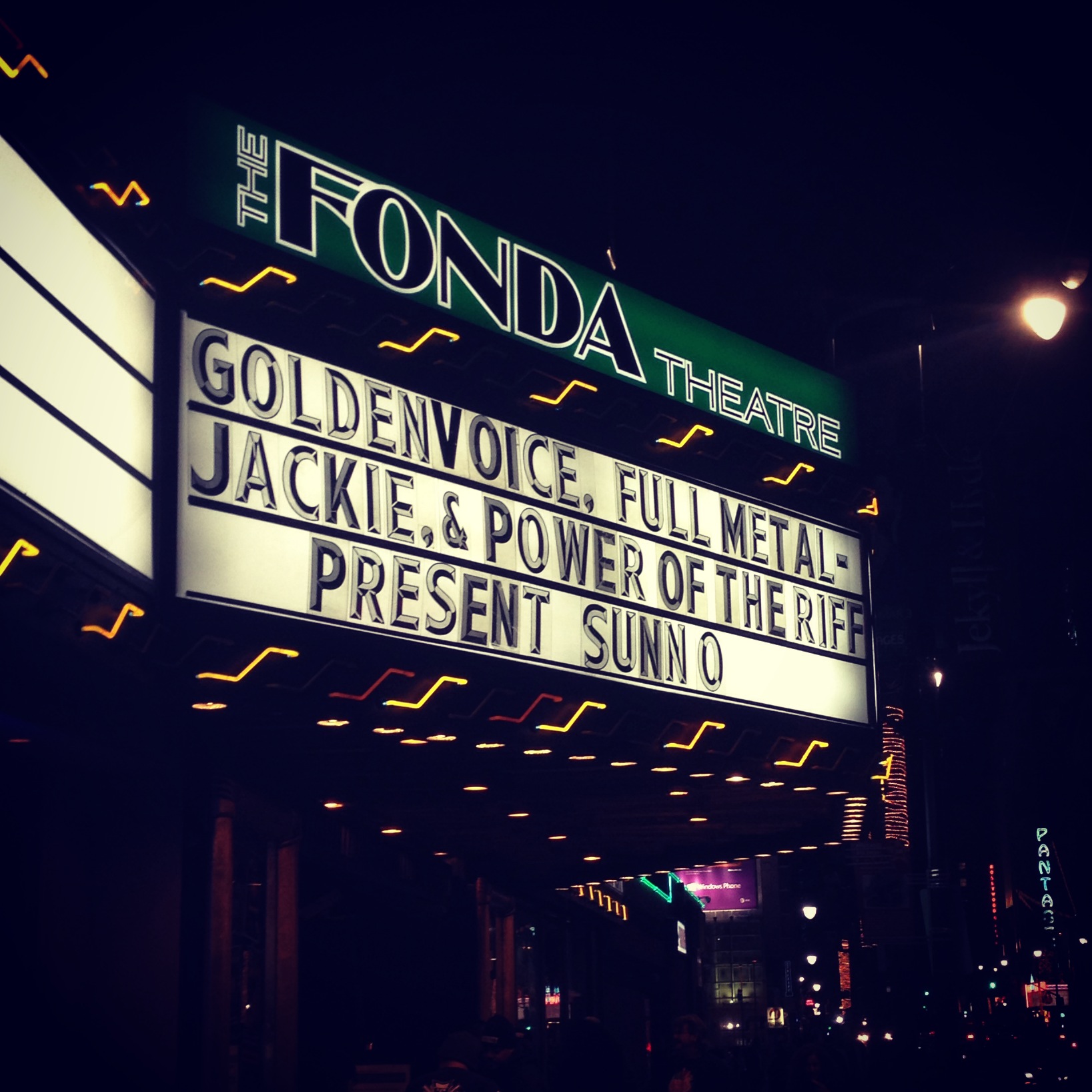 I’ve determined over the years that there are two types of tragedies in life: those you can control, and those you cannot. Tragedies you cannot control effect every fiber of your being; every abstract part of your body aches for your situation. But at the end of the day, there is a certain peace you glom onto that some describe as fate.

Then there are the tragedies that are situational. They are the paper cuts of life, the broken bones of trial and error, the bruises of time. The ones you could have prevented had you stayed locked in your little dark room.

I was in the midst of the latter when I walked into the Fonda Theater that day. Power of the Riff has quickly become one of my favorite metal day fests; this time it would be held within walking distance of my home. Which meant one thing to me on that night.

I was going to drown my sorrows, set to the tune of some amazing music.

I don’t really drink that much, but on this particular day, it seemed necessary. I think I was three shots of Jack Daniels in, had broken down crying twice in front of all of my friends, and was generally in a sad/mad haze when I went into my first “therapy session”. 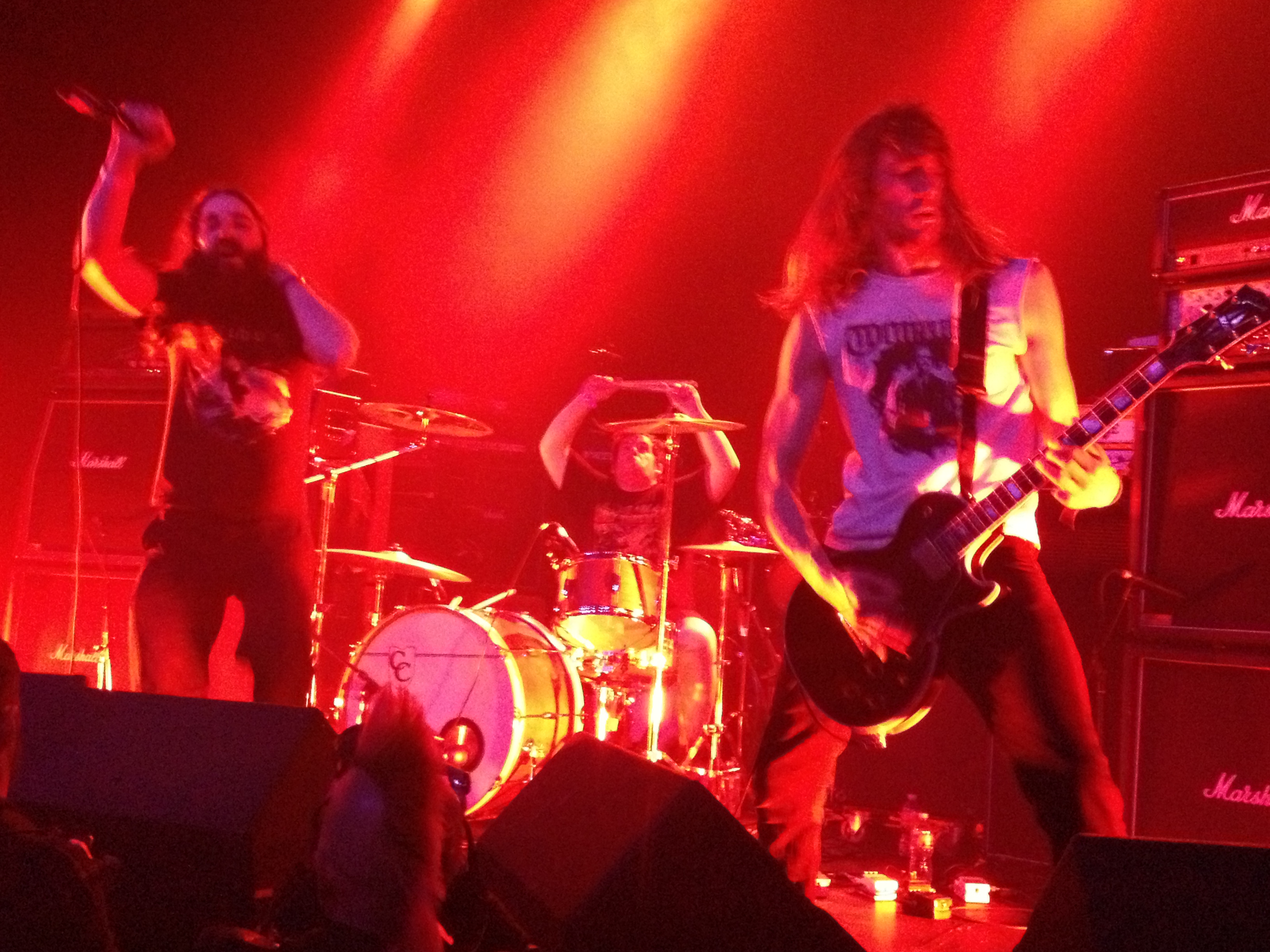 Black Breath. I’m pretty sure at this point anyone who reads this site consistently knows that they are one of my newer favorites. Standing near the front, the curtain lifted and it was like a fog lifted from my head, at least momentarily. I love live music so much that it is probably the only thing that could have distracted me from the emotional pain I was in that day. I wouldn’t say that I forgot what had happened, but it was channeled into some sort of commiserating anger session with the band on stage playing the songs I love. I could see my friends breathe a sigh of relief that the tears had stopped, my fist was in the air, my hair was flying. From the outside it became just another set for me. But from the beginning of “Feast of the Damned” to the end of “WeWhoCannotBeNamed”, I was very in touch with exactly what I was angry about. Except for the botched notes at the beginning of “Endless Corpse” that made this foreign sound know as a giggle emerge from my mouth, I spent about 30 minutes very focused on being FUCKING PISSED at myself. 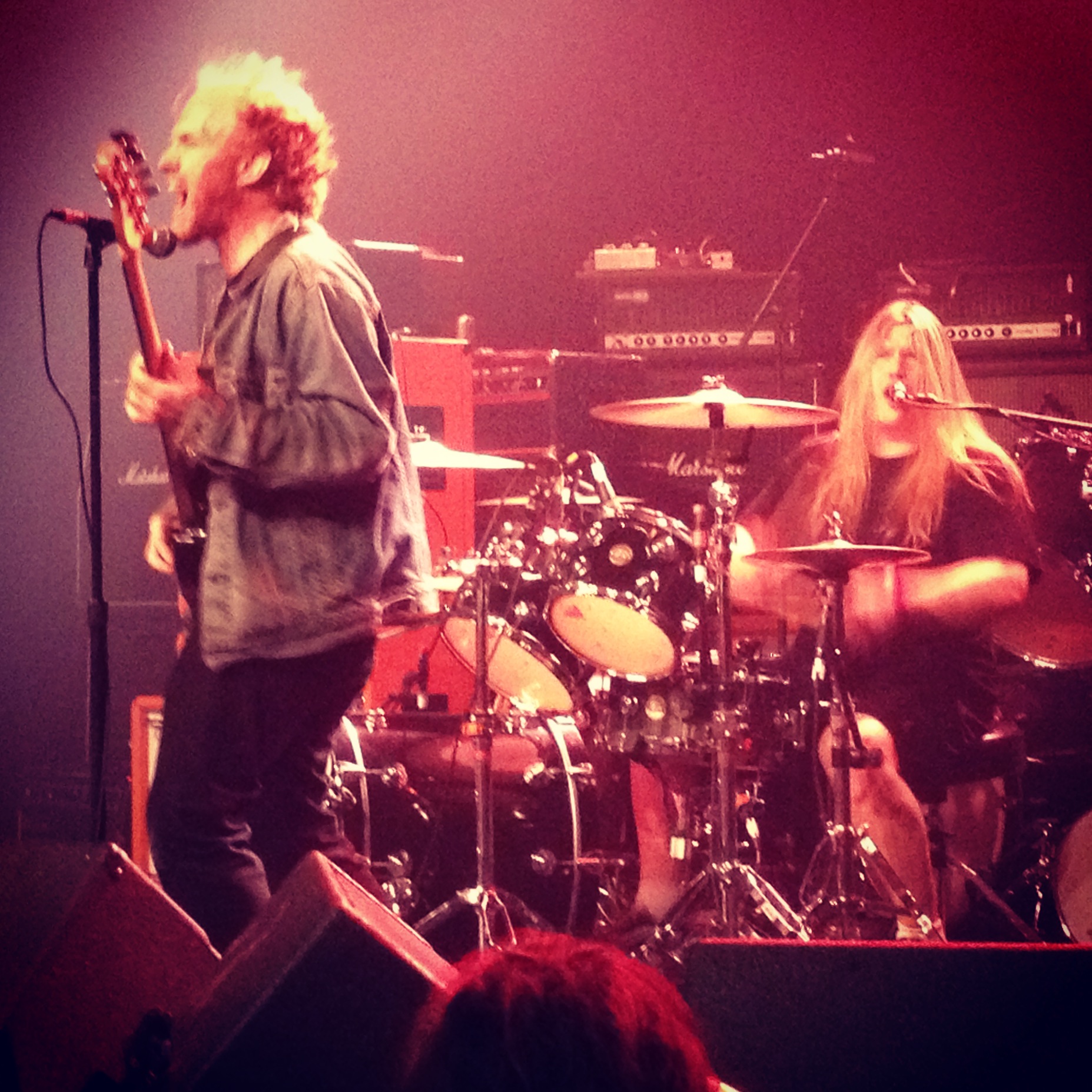 Then I drank more and went to watch Corrosion of Conformity. I’ve never been a huge fan, but seeing them reminded me of my fond week on Barge to Hell. I think I was so drunk at this point that I stumbled back into the lobby and proceeded to drink more at some point during the set.

I was very interested to see the triumphant return of High on Fire, after having to drop off of Mayhem Fest this summer so that vocalist/guitarist Matt Pike could go to rehab. I had expressed my own concerns about him when I saw them a couple times during SXSW earlier this year. My friends went front and center for this; I, on the other hand, decided to stay off to the side near a speaker. The first thing I was reminded of was how LOUD HoF is; it was overwhelming but I didn’t budge. The second thing that I was reminded of was how much I adore Matt Pike…I don’t know what the result of his rehab stint is (he didn’t look..too much different)…but the dude is one of the last authentic rock stars. I will probably always prefer Sleep to HoF…but I’ve seen HoF so much over the years that they have their place in my repertoire of bands. It was comforting in a way to hear them that night, sludgy riffs aplenty. 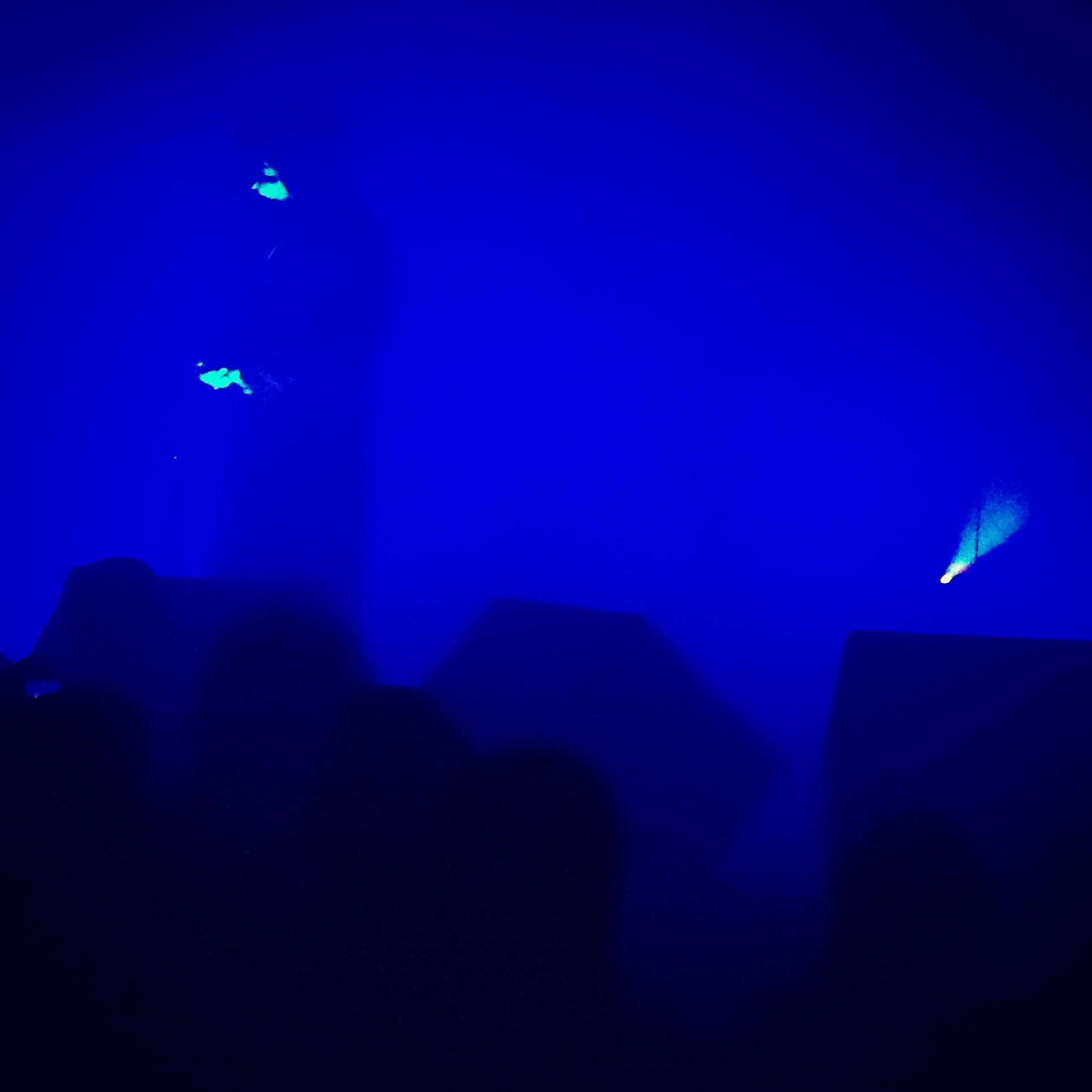 It wasn’t until the morning of the show that I realized that- between Doomsday buzz and my current emotional state, seeing Sunn O))) was perhaps the most fitting thing in a world that makes increasingly less sense to me. I looked back on my previous experience seeing them and shivered at the way that this might make me feel. As fog filled the room, the curtain lifted and the next hour would be nearly unexplainable. I had a recent experience in Joshua Tree at Integratron, where I had a “sound bath” and let vibrations overwhelm my nervous system in an attempt to relax me. It worked. On this night, nearing midnight on a fateful evening by any definition, it worked again. Only this time it was sinister and painful in a way, watching on as musicians shrouded in fog and lit in blue, green, and red created a wall of sound that infected us all. But as every part of my immediate world was vibrating away, something was extracted in the process. I remember, in my inebriated state, shivering in the wake of the doom and gloom. But somewhere in there I found solace. And I also replaced any Barge-related fruity drink and flip flop imagery of Atilla with something much more fitting.

With the lights brightened and the absence of sound deafening, a new feeling of hollowness took residence that would, I presume, become a tenant for a long time again.

“Music is the medicine of the breaking heart.”