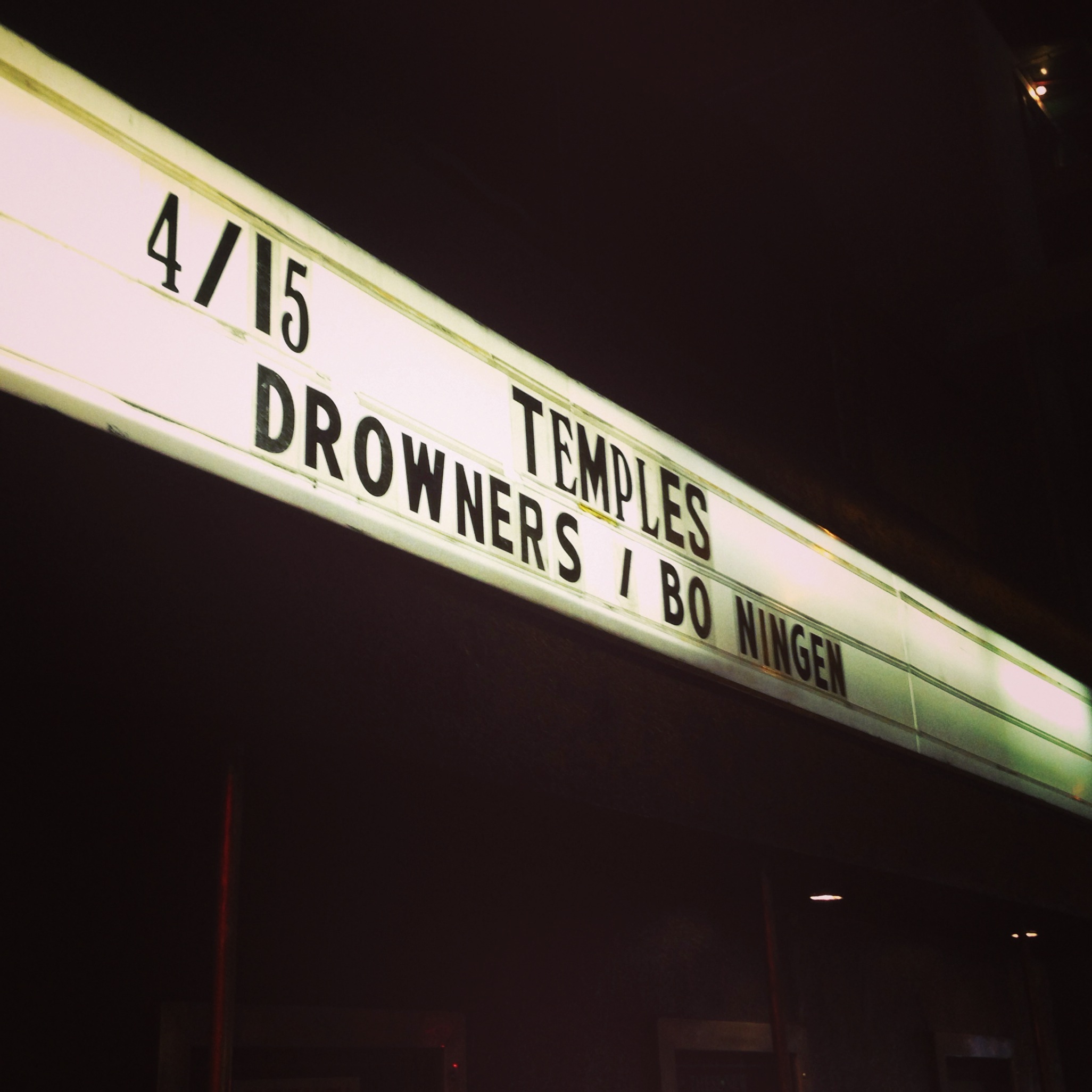 I was standing at the entrance to The Roxy waiting for my friend to walk in when the lavender-haired girl walked through the door and pointed at a photo of Ozzy in the lobby. Must be cool to see pictures of your family on the walls in your local music establishment.

Temples came into my life a few days before ringing in the new year; they’ve been one of my new musical companions for 2014. At first I thought I was gonna have to travel somewhere to catch them on their very first U.S. tour- which used to be very much my thing- but now that I’ve grown up (kinda), I can thank Fauxchella for bringing them to me. I was very much looking forward to this show. 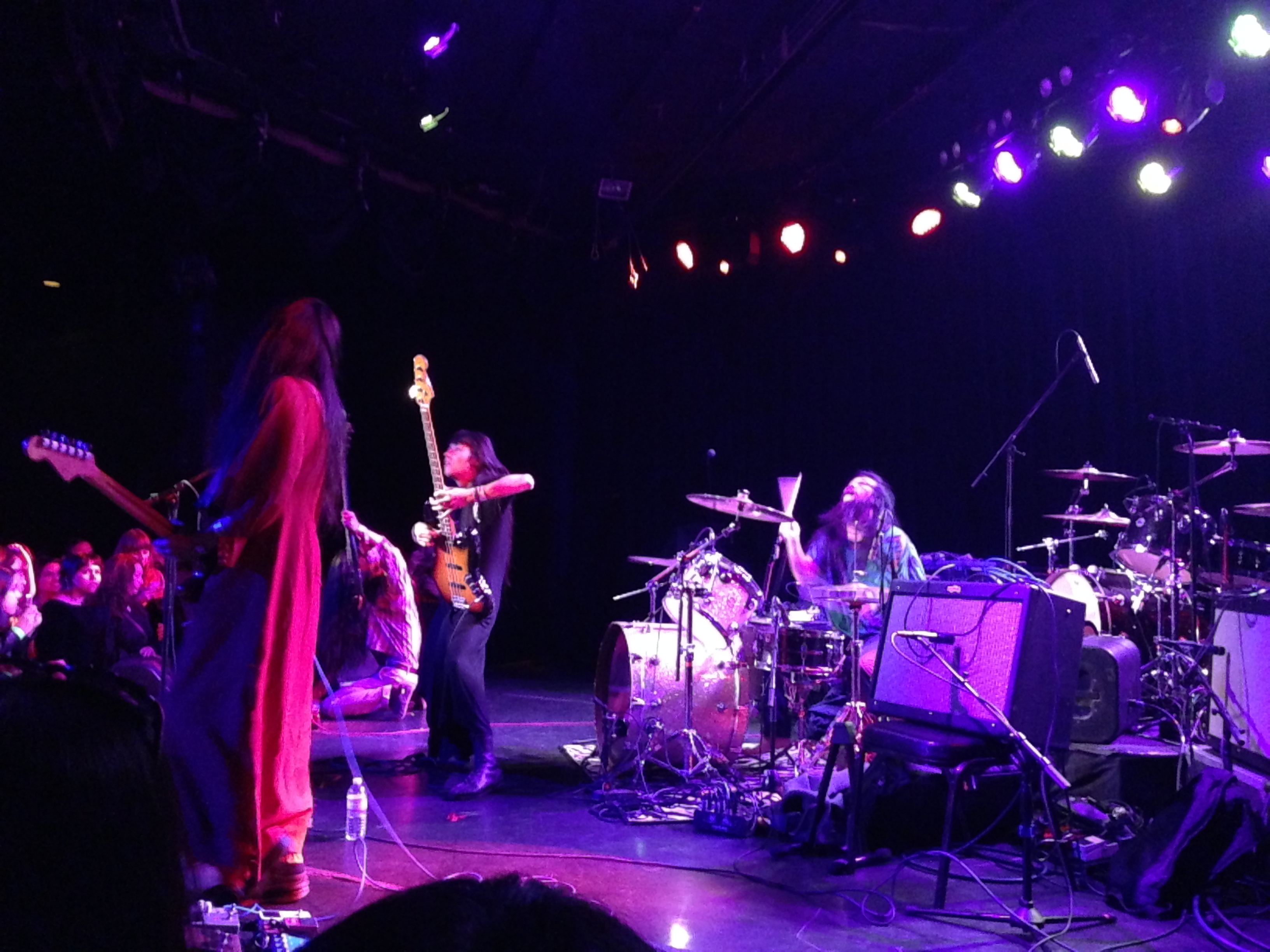 Bo Ningen were finishing up their set, immediately giving me a hit off the peace pipe, launching me into that shag-carpeted, incense-filled room in my mind where I watch psych rock bands. Ah, I love this room. The foursome wore long dress-like garments and moved like freaky monk/ninjas. I stood below a speaker and it sounded like I was in a plane that was about to crash. 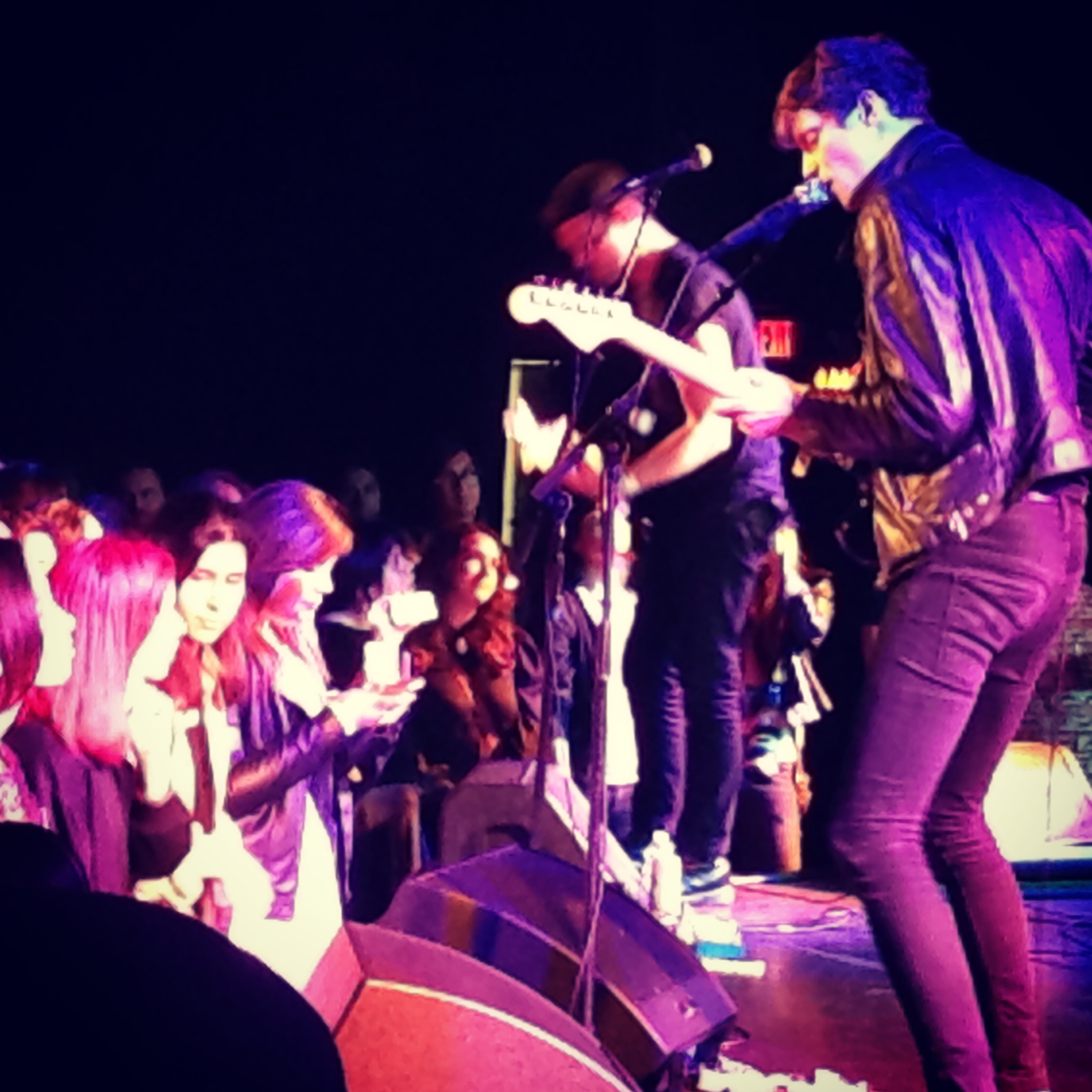 Drowners were up next. They have a basic garage-rock vibe; fronted by a English-accented gent flanked by three seemingly New England bred dudes. The best part of the set was watching the little girls sing along and squeal (and take photos and videos). That formula will never die: guys in black leather with rock instruments, girls in front row with stars in their eyes. Their upbeat pop rock echoed early 2000s bands like The Strokes. I’m reaching the age where I’m seeing re-invented and re-imagined versions of bands I grew up with; paired with the prepubescent, bubbling over front row; I felt old. 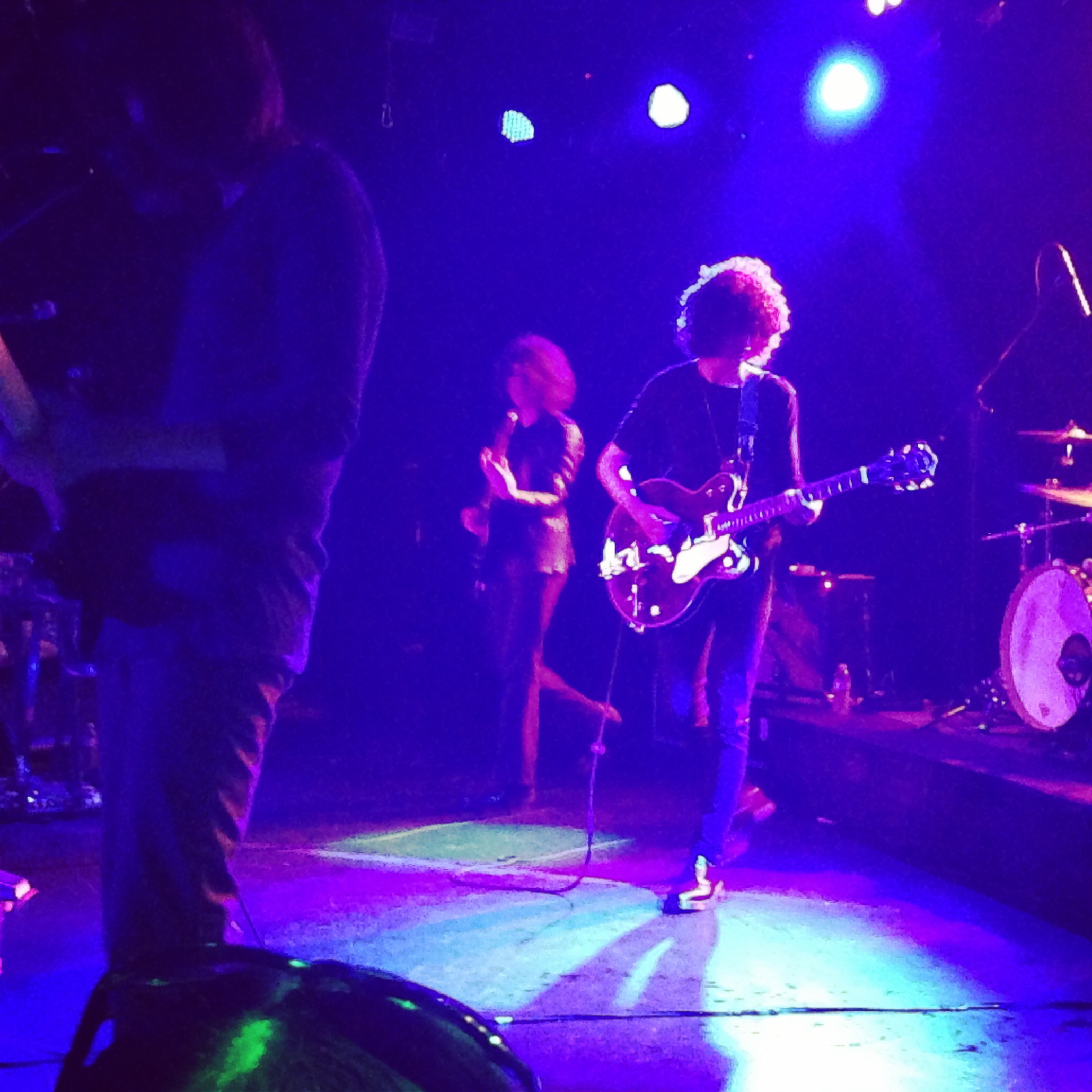 Temples is a very new band; they’ve only existed for a little over a year. But in that time, they’ve captured the attention of the likes of Liam Gallagher of Oasis. Sun Structures is an often-played album for me; I think they have some beautiful songs. Fronted by the very Marc Bolan-esque James Bagshaw, the band isn’t doing anything I’ve never heard before, but they do it very well. I’ve never been one of those people who writes off a new band because they sound like an amalgamation of bands that have already existed; but then again, I can easily experience things in a vacuum. To me, it is about the song, especially how the song feels live. Does it woo me into that shag-carpeted, incense-filled room in my mind? That’s all I care about. The right song makes me lose all sense of space and time; what better comfort than to escape into the depths of that particular room in the mansion of my mind?

That said, I hate to say that I was really kinda bummed out by this Temples set. I had heard going into it that the vocalist was sick; and they seemed on the verge of needing to have canceled the show. While there were glimpses of brilliance; it was like I was peeking through a keyhole into my shag-carpeted, incense-filled room in my mind, but never got to walk into it. I know too much behind the scenes stuff; LA is hard for bands to play. The crowds are tough, and the time before and after shows is usually spent having to humor industry people. These are kids on their first tour of LA, they have a sold out show at The Roxy, and for those first two songs, they just looked really uncomfortable and nervous. By the third song, they had loosened up, but I feel like they never hit the vibe they could have, the vibe I expected them to have. They kept a wall up with the crowd, they didn’t congeal as a band, and they were altogether missing that magic potion that I really wanted to feel from this band. That said, when the singer could pull off his vocals, it was dreamy… but he had to keep missing lines further and further into the set that the other band members struggled to try to fill. Musically, they sounded really great, but restrained. My favorite moments were within the music of “A Question Isn’t Answered” and “Colours to Life”, where I felt like everyone relaxed. “I’m kind of a diva” the singer said when they started into the wrong song at one point, before playing a B side that I had never heard before. Later on, he told the crowd they’d be back soon to do it right. I sure hope so, because I know Temples has it in them to be a transcendiary live band.