“She never leaves her home but sheâ€™s real sweet
Got her own style, leaves the windows real wide
Crosses her fingers after so many years
Mascara runs through the tracks of her tears

Run run run would you wear that black liner baby”

I just deleted an entire paragraph I wrote about Facebook and it’s effects on relationships, but it turned into a rant that was both sad and boring, which is about the worst combination of things on the planet.

My girlfriend and I are speeding in the HRCmobile up the freeway into uncharted territory. Once in the suburb of Agoura Hills, we got entirely lost while trying to locate Canyon Club. In an unassuming shopping center on the feeder of the highway lies this club; a place that normally houses one hit wonder bands. But tonight, it would host the final show of She Wants Revenge’s tour.

I hadn’t planned on coming to this show…that was, until I requested ‘Black Liner Run’ at the end of my interview with Adam before their show in Anaheim a couple days before. ‘Black Liner Run’ is the first song they wrote together; and not only do I love the song, but I hadn’t heard it in many years and it reminds me of sad endings that give way to new beginnings. 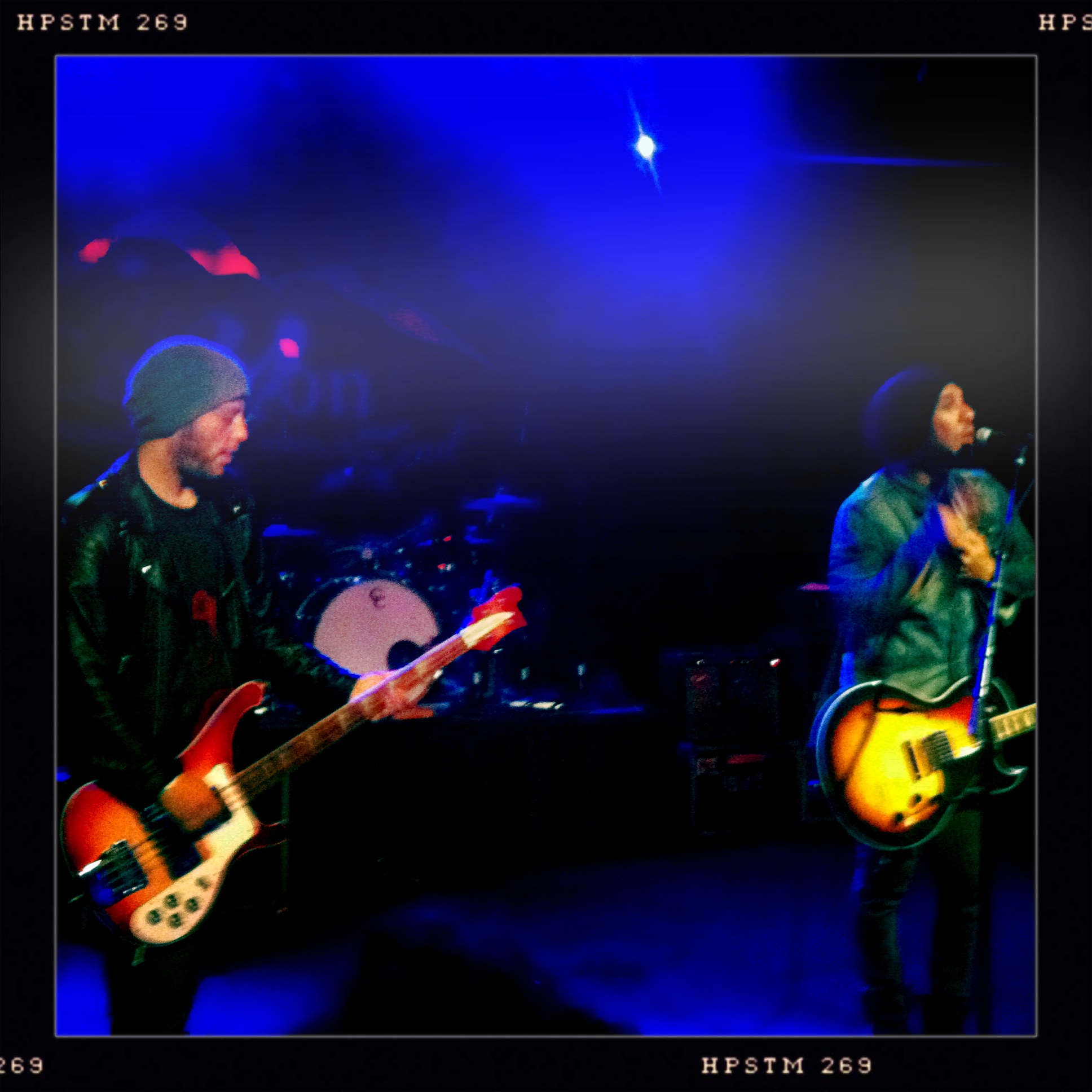 So there I was, sitting at the bar drowning my sorrows with my girlfriend as Nico Vega finished their set. Once they were done, we wobbled to the second row to wait for SWR. The stage at this place is low and very intimate, and as soon as the band came out I was reminded of their shows in the early days. Except this time I watched the girls in the front row, mouthing every word and dancing wildly. There we all were, in various states of love and lust and heartbreak.

The set went through songs new and old, and as time went by I thought maybe I wouldn’t hear BLR after all. Then, as it began, I doubted my ears at first, but then I melted into it’s dark bliss. “Oh my god it’s my favorite song!” I know it wasn’t all me that got that song on the setlist, but if you would have told me when I first became a fan of the band that I might have a small part in having a song played in their set, I wouldn’t have believed you.

And at the end of the set, my girlfriend grabbed the ‘cheat sheet’ Justin used to remind him of the lyrics to the song, since it’d been so long since they’d played it. Very cool! 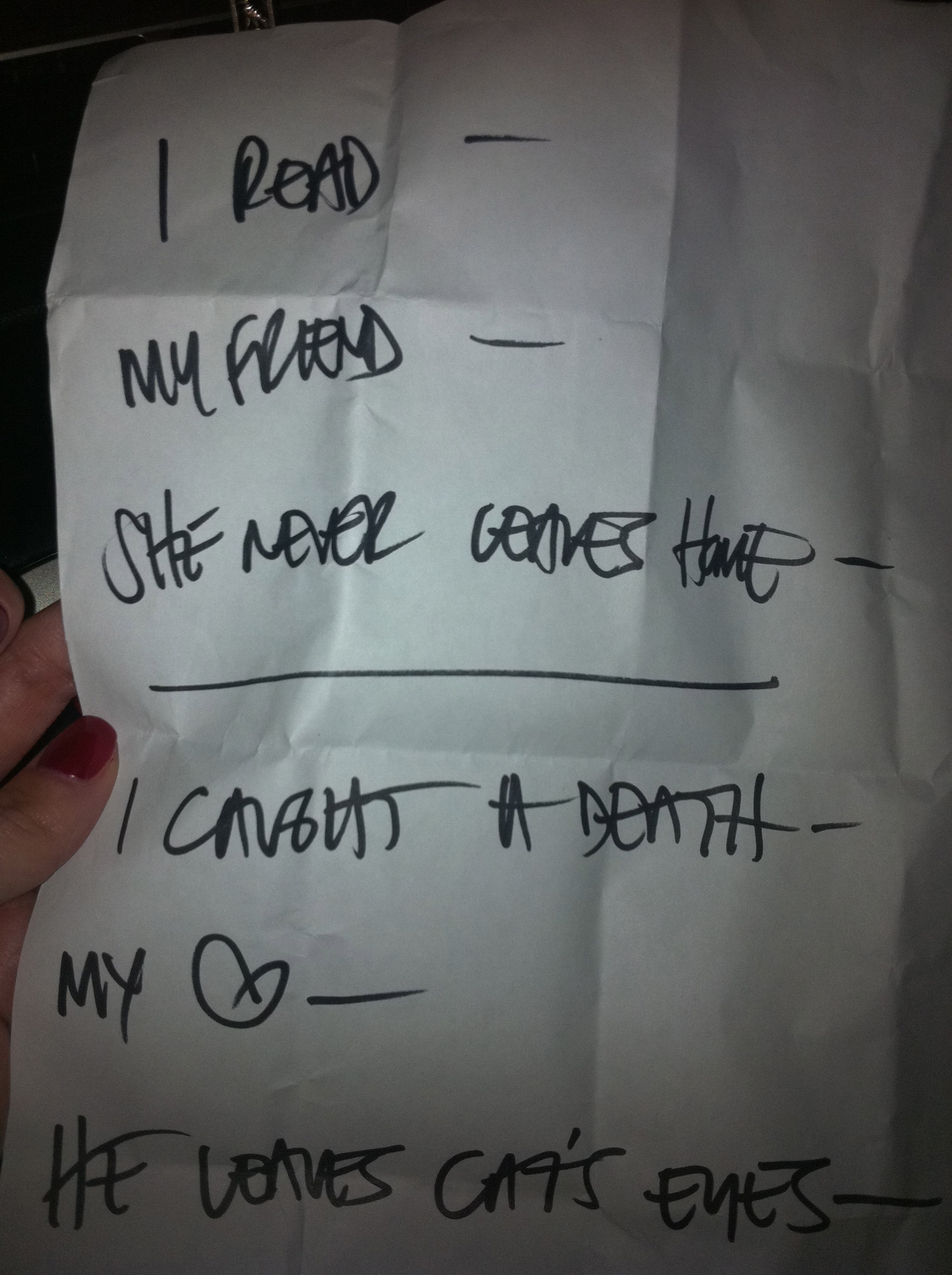 I left the venue slightly repaired from the day’s heartbreak. As I looked at the permanent broken heart I have on my wrist, I noticed the slogan for the venue: “Where music meets the soul“. 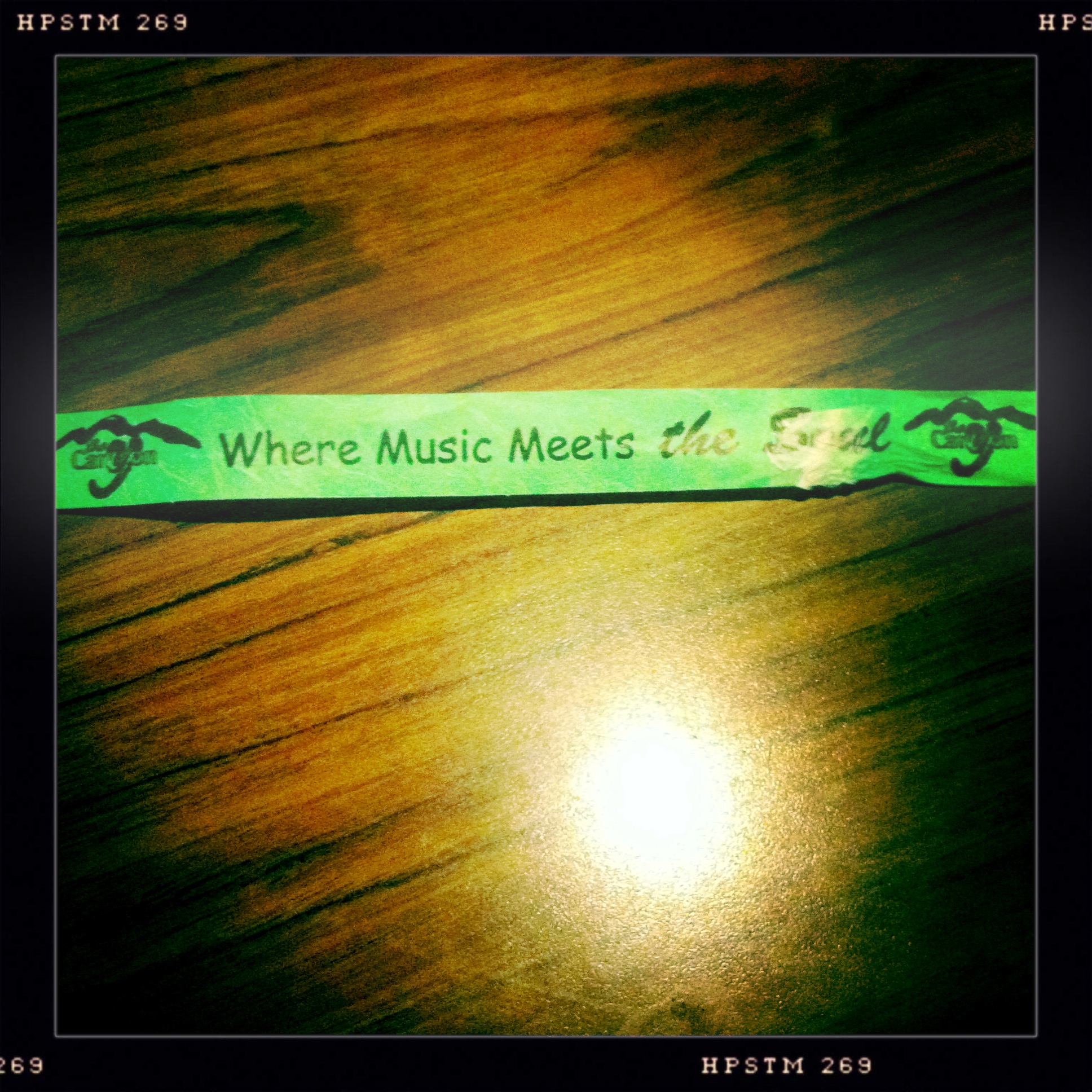