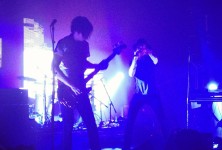 “As I lay to die the things I think
Did I waste my time? I think I did
I worked for life”

Once upon a time, I had seen The Faint more than any other band.

Long story short, it was the only band that my ex-boyfriend and I could meet in the middle on, in our tug of war between him (he dragged me to Jack Johnson, Dave Matthews) and me (I dragged him to NIN, Slayer, GWAR).

Moral of the story: never date someone who has drastically different music tastes than you do.

Not only are The Faint a fantastic live band, but I’m thematically intrigued by their lyrics and their dark electro rock is both heavy and dance-worthy, a combination that is so hard for me to find. So, even before I started this whole blogging thing, I went to every The Faint show available…which was a lot from 2004-2009. They were even the first band I got on a plane for.

Oddly enough, looking at my last review of a Faint show, I see that it occurred approximately one week before my relationship expired. Ironic? Pretty much everyone knows how you can’t listen to certain songs or bands because they remind you of an ex. And my break up wasn’t even bad…it was just, that was “our” band (ugh, I feel like I’m in high school writing that…) and it just felt weird to listen to them.

Over the past three years, The Faint has been on hiatus, so I hadn’t even had to think about whether I would want to see them again.

But a couple months ago a date popped up, at one of my favorite LA venues, within walking distance from my house…and I decided it was time.

I didn’t even know they were playing Danse Macabre– their best album- in it’s entirety until I walked up and saw the marquee. 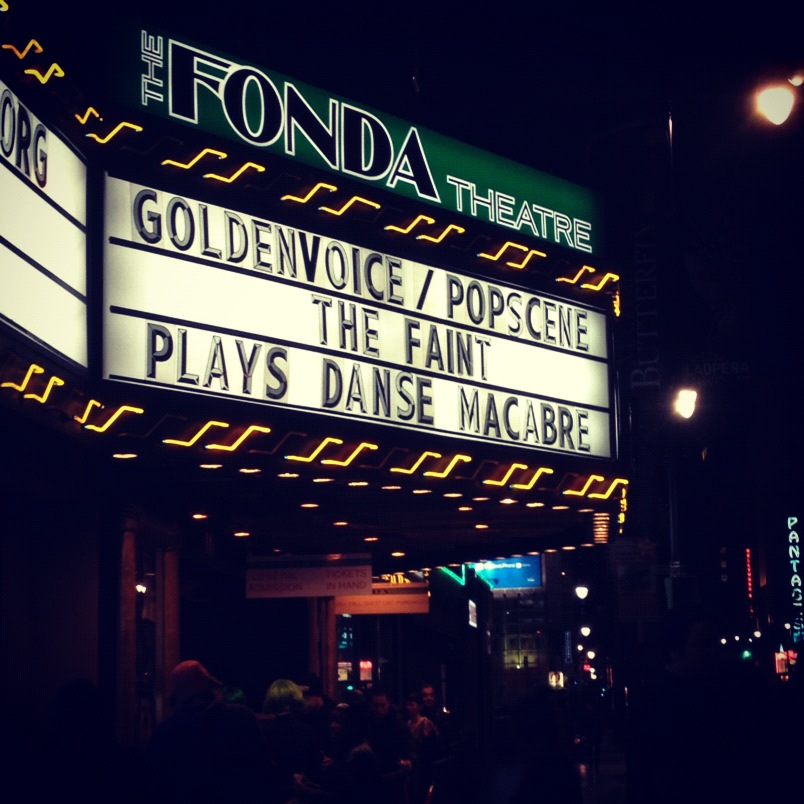 I was by myself, and I made my way towards the front as Trust played. Trust appears to be fronted by River Phoenix circa 1992. The ethereal beats and monotone vocals were like Crystal Castles fronted by a male Lana Del Rey. Sounds weird, I know.

It goes without saying that I feel totally out of place at a Faint show these days, but as soon as all of those familiar songs begin, I’m taken back to a very different era of my life that I’m starting to embrace. Actually, the first song was unfamiliar…they released a few new tracks on a 12″ only available at the shows. The Faint make some interesting decisions.

Dropkick the Punks…Take Me to the Hospital….I go to see a lot of bands who’s music I don’t know that well, so it’s comforting to know every beat of every song. And I’ve barely listened to them in years, it’s amazing how a record you know intimately stays in your brain. Hearing them and seeing them dredged up old memories of the days when it was just about the music. As much as I try to keep things just about the music to this day, it’s become impossible. 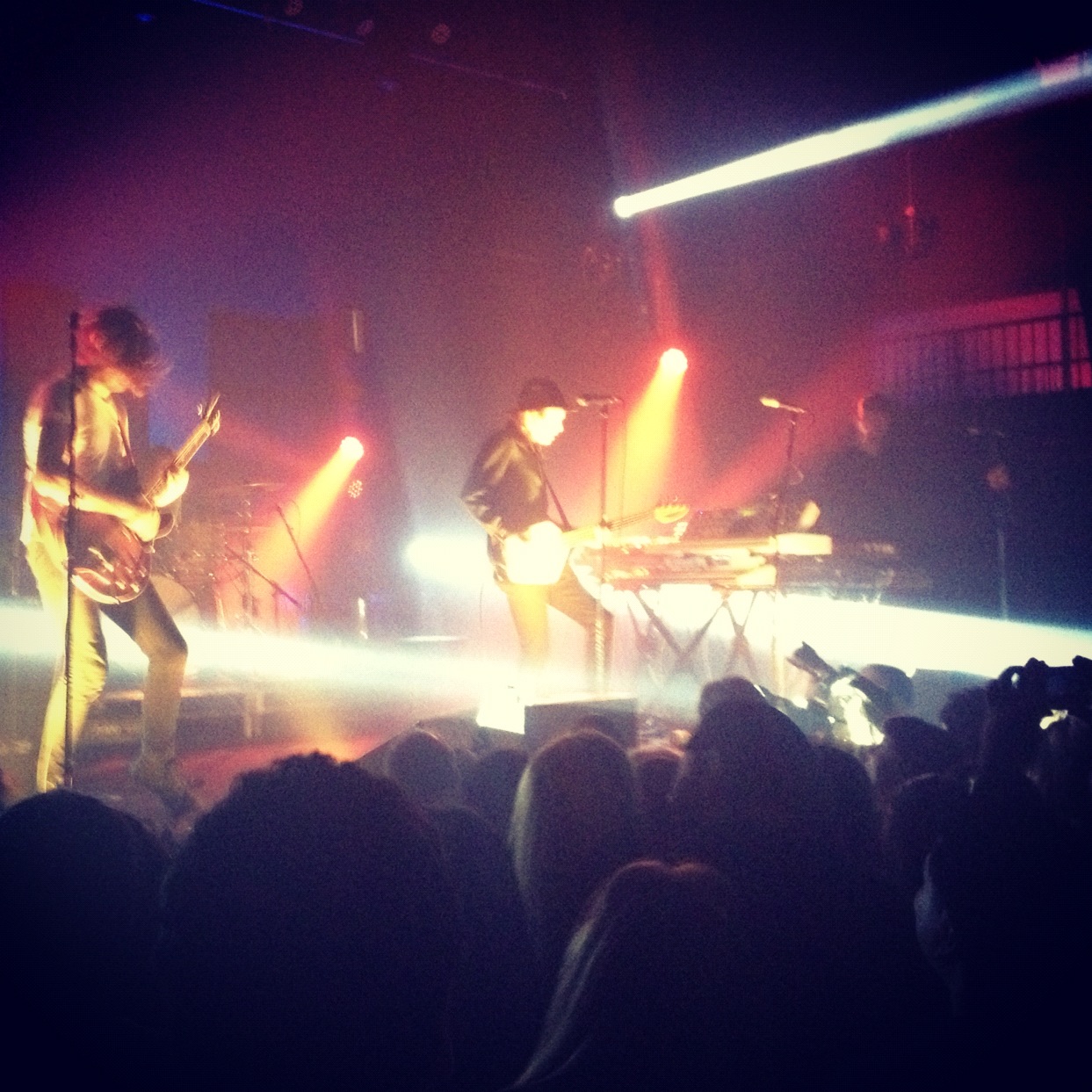 One of the first things I noticed is that The Faint are a man down… what happened to Joel? I remember seeing his side project, Broken Spindles….as well as Dapose’s, VVerewwolf Grehv.

As they began playing Danse Macabre from front to back, I became immersed in their somewhat eccentric world of birth, death, sex, and violence. I’m generally not a lyrics person, but I know The Faint well enough to be curious of the repetition of certain phrases in their songs…much like NIN. 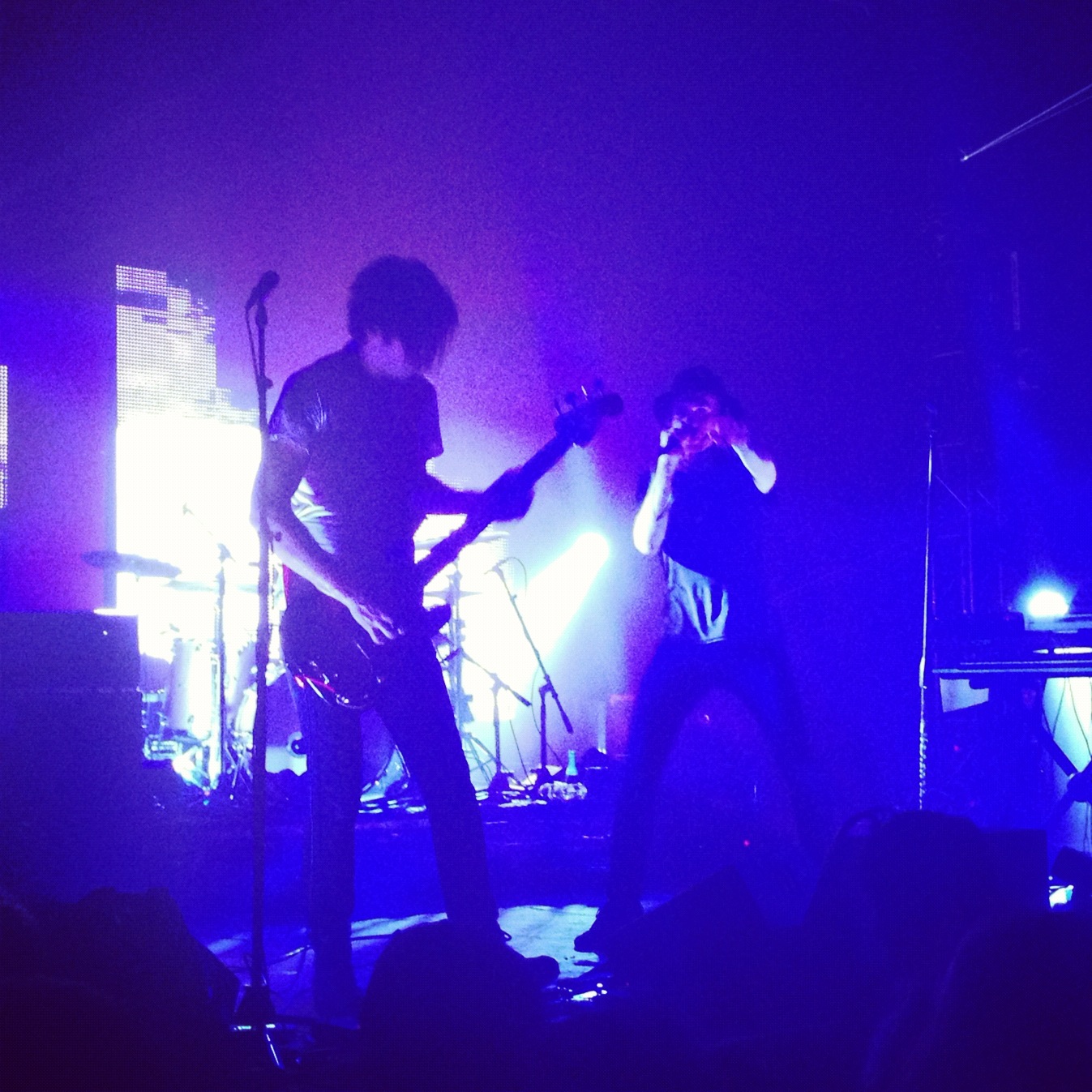 We’re all dancing and the floor is vibrating as the band plays on. I’m in the midst of it, remembering my first time seeing them at Stubb’s to now…and how time just keeps on flying by. I’m remembering it all, it’s amazing how a show experience can serve as a conduit for reminding you of where you came from.

As I left the venue, I listened to other people talk about the show (my favorite thing to do when I’m by myself is eavesdrop). It was odd to hear how many people were seeing the band for the first time. Perhaps one day, they’ll see The Faint again and look back on this show and it will put their life into perspective. 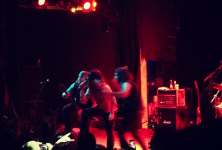 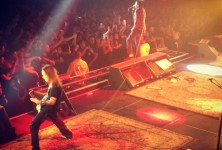