When I first saw the lineup for The Decibel Tour, after thinking “must go” I also knew it was going to be a long night. It takes forever to get from Hollywood to Santa Ana, and on top of that, The Observatory has the slowest Will Call system. They rival the now defunct Key Club as worst venues to get into. 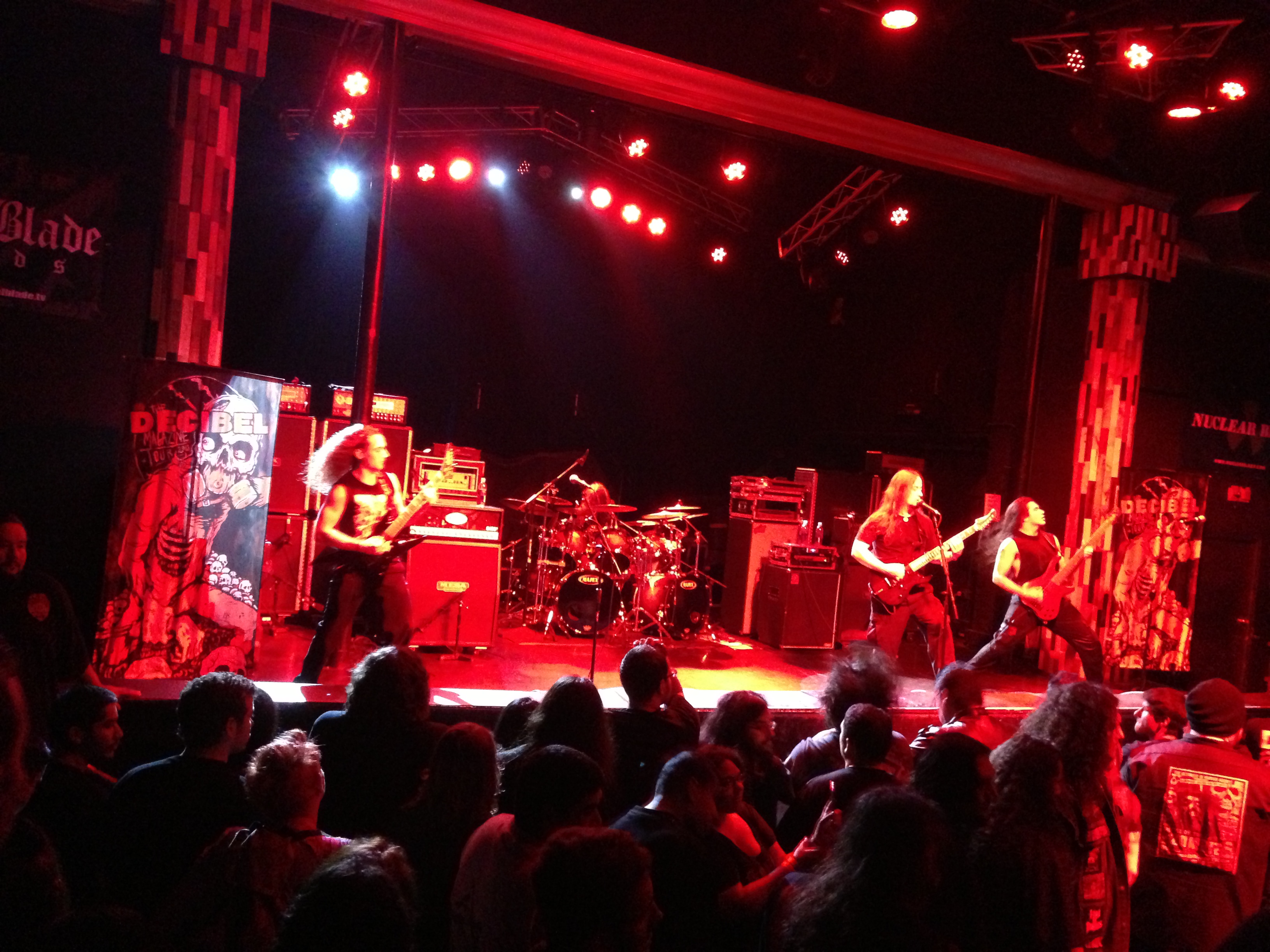 I was tormented by the fact that I could hear Abysmal Dawn on stage as I inched closer to the Will Call counter. With a ticket finally in hand (which said Bad Brains on it…), I rushed in to the main floor just in time to hear the final song, “In Service of Time”. While it was a thrill to make it in just in time for that, I was super bummed out to have missed the rest. 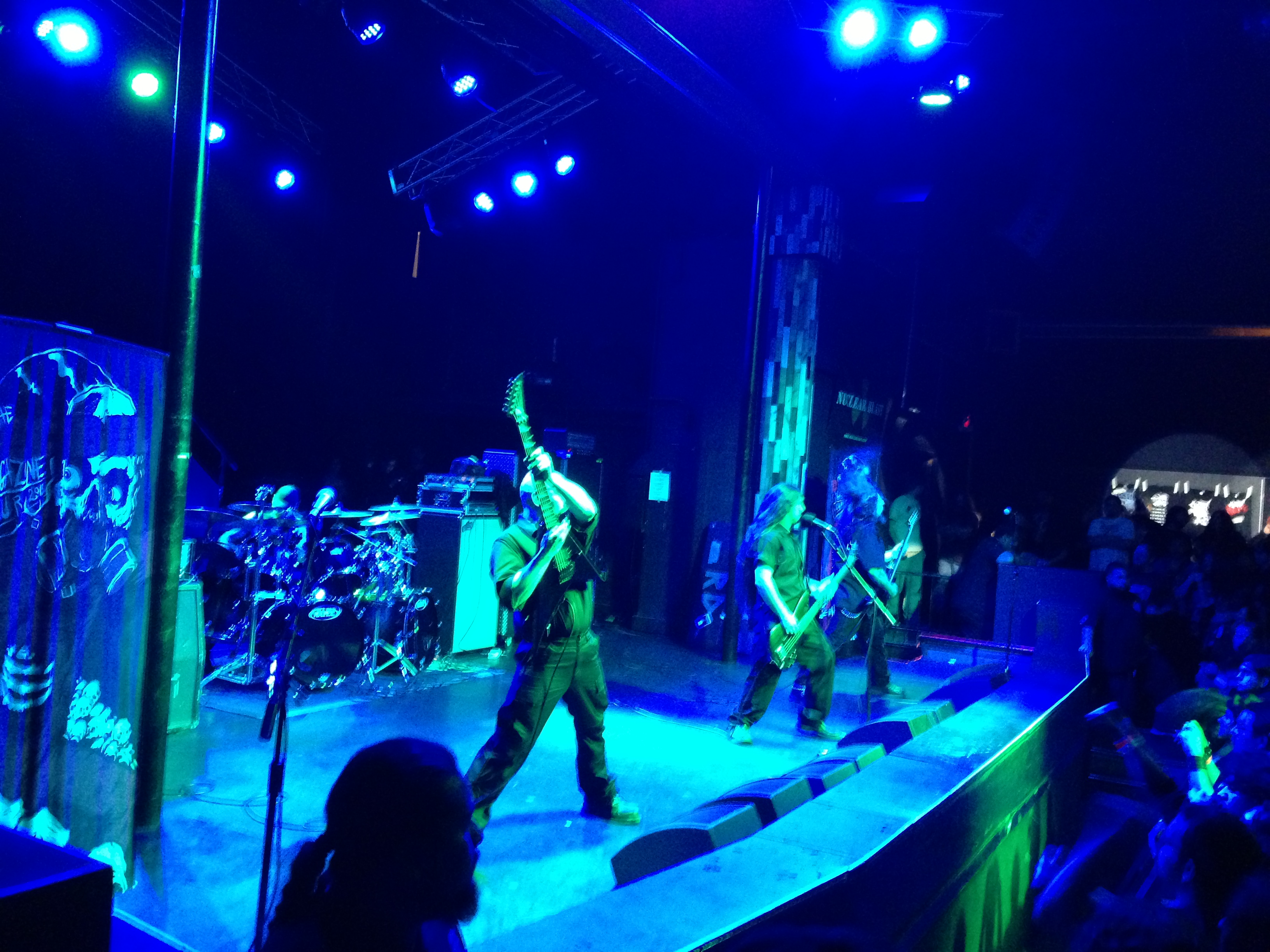 I watched Immolation from a strange perch that made it seem like I was almost levitating in front of the band. But, it provided the most awesome observation point to watch guitarist Rob Vigna play. I had seen Immolation once before…but I…uh….I was far away and I don’t remember a lot. But watching Vigna play with his slice-and-dice guitar moves is menacing, and fits the music in the most perfect way. While my favorite Immolation track is “Majesty and Decay”, I listened attentively to the new, crushing tunes…and quickly realized that while this levitation post was kinda cool, the sound was crap. 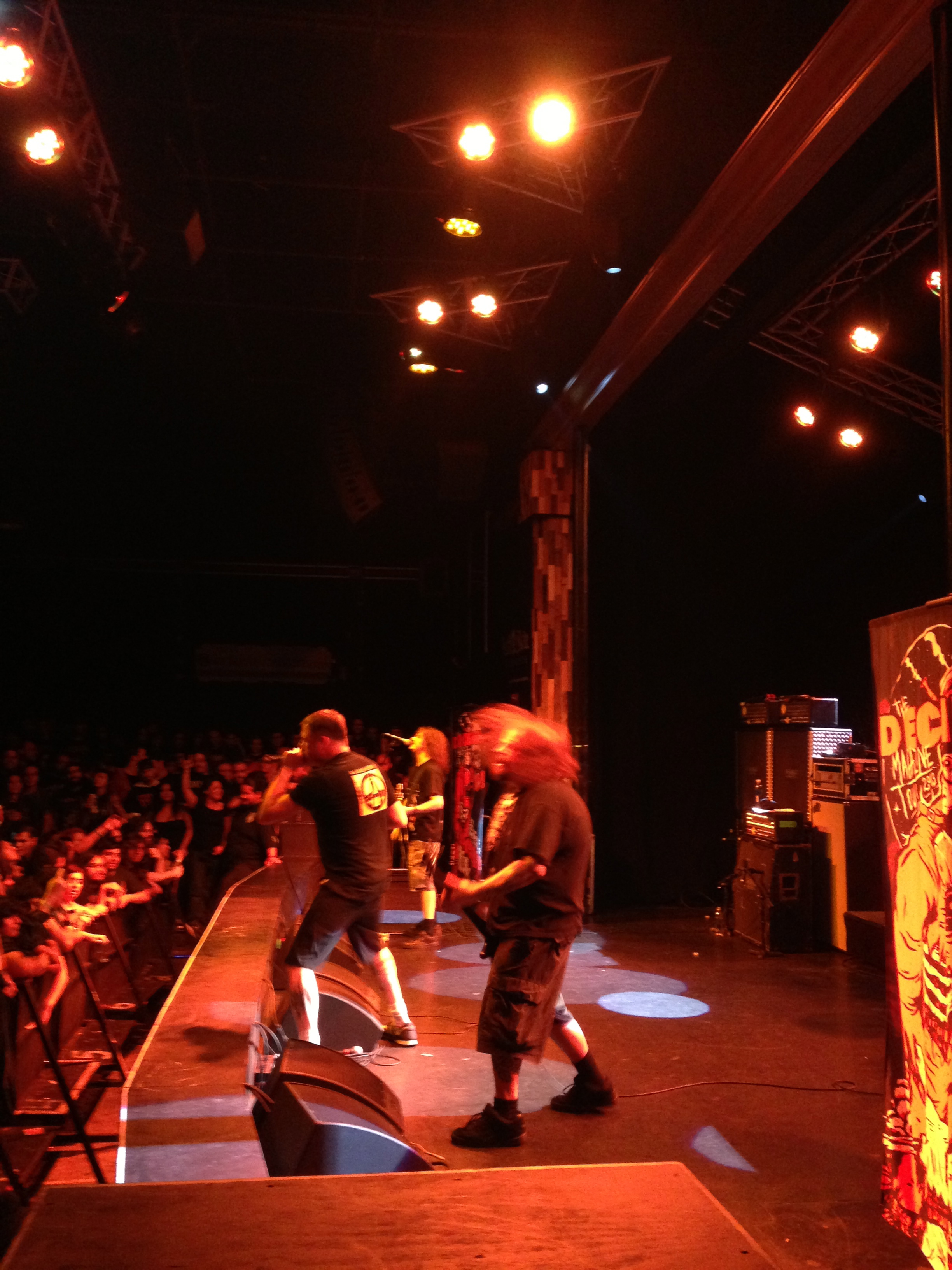 I never thought I’d see Napalm Death this many times within a year (4 times…2 of those being on a boat). They are seriously one of the heaviest, scariest sounding bands. Once I had a crazy night out and came home and listened to ND at like 4 in the morning, passed out, and woke up thinking my place was being robbed. Don’t fall asleep listening to ND! At a place like the Observatory, where you’ve got the ingredients for some of the rowdiest pits I’ve seen (high energy, crazy OC kids + a pit that’s not too big but not too small) coupled with the fact that the rest of us are hovering over this pit at a good vantage point, I can’t help but lament the past. My being in front for shows like this are over. I’m too old now, plus, the head injury I sustained earlier this year has made me fearful of another injury. I haven’t felt the same since. It’s weird to have crossed that gap- to realize you’re not one of those rowdy kids anymore…but I have many good memories that I will hold onto, from farther back in the venue. 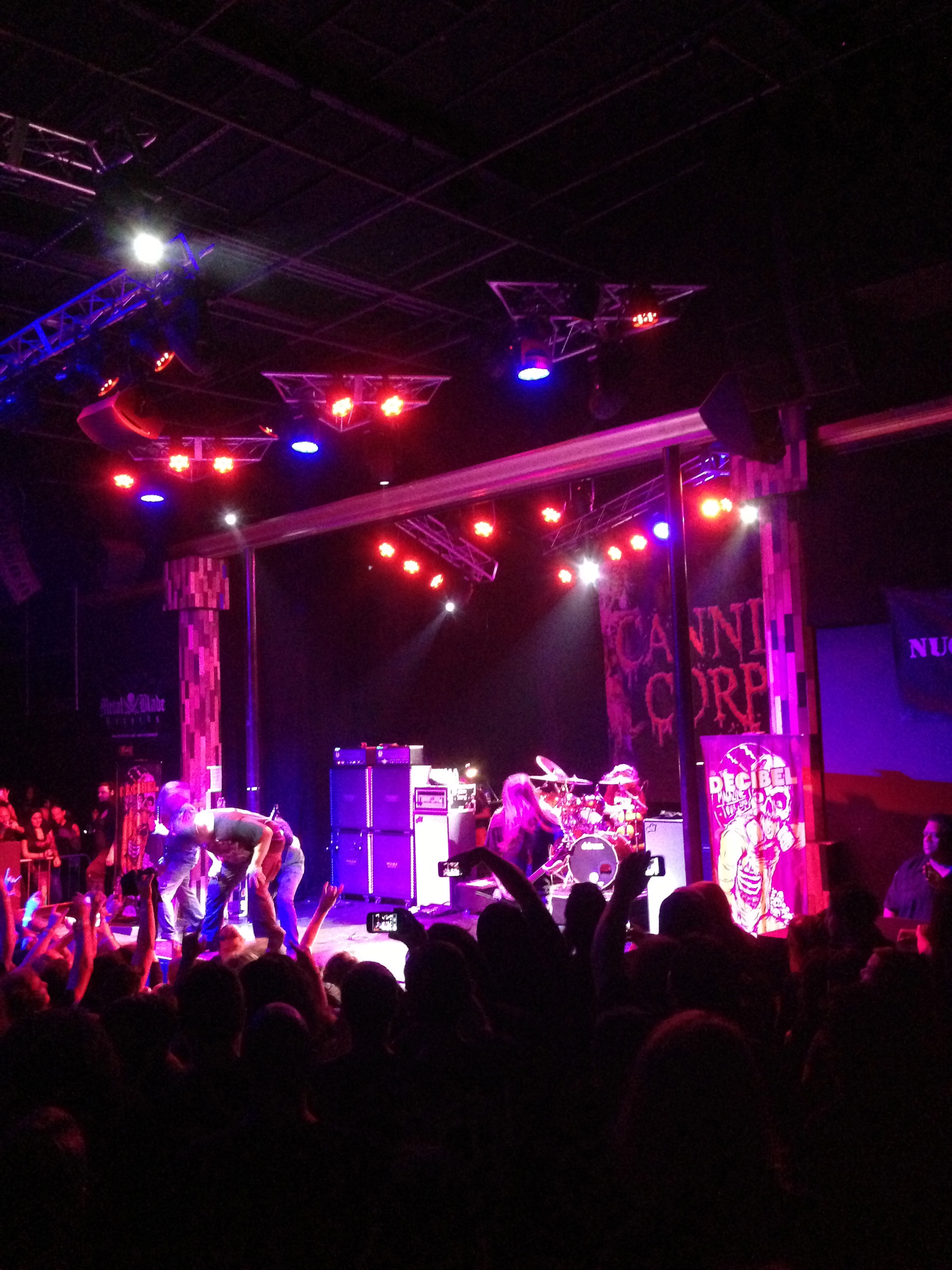 My affinity for Cannibal Corpse weirds people out sometimes. I think this was my 10th time seeing them. To me, they’re just classic. Reaching far back into the catalog for “Skull Full of Maggots”, the setlist traversed their long career. However, before some of my favorite songs were played- yes, I like “the hits”…but one of my fave CC songs is “From Skin To Liquid”….so there- it was time to make the voyage back to the city, where some ducks crossed our path in the parking lot. Ducked with a knife.

The Chase Is Better Than The Catch: MotÃ¶rhead, Anvil, Nik Kai @ Club Nokia