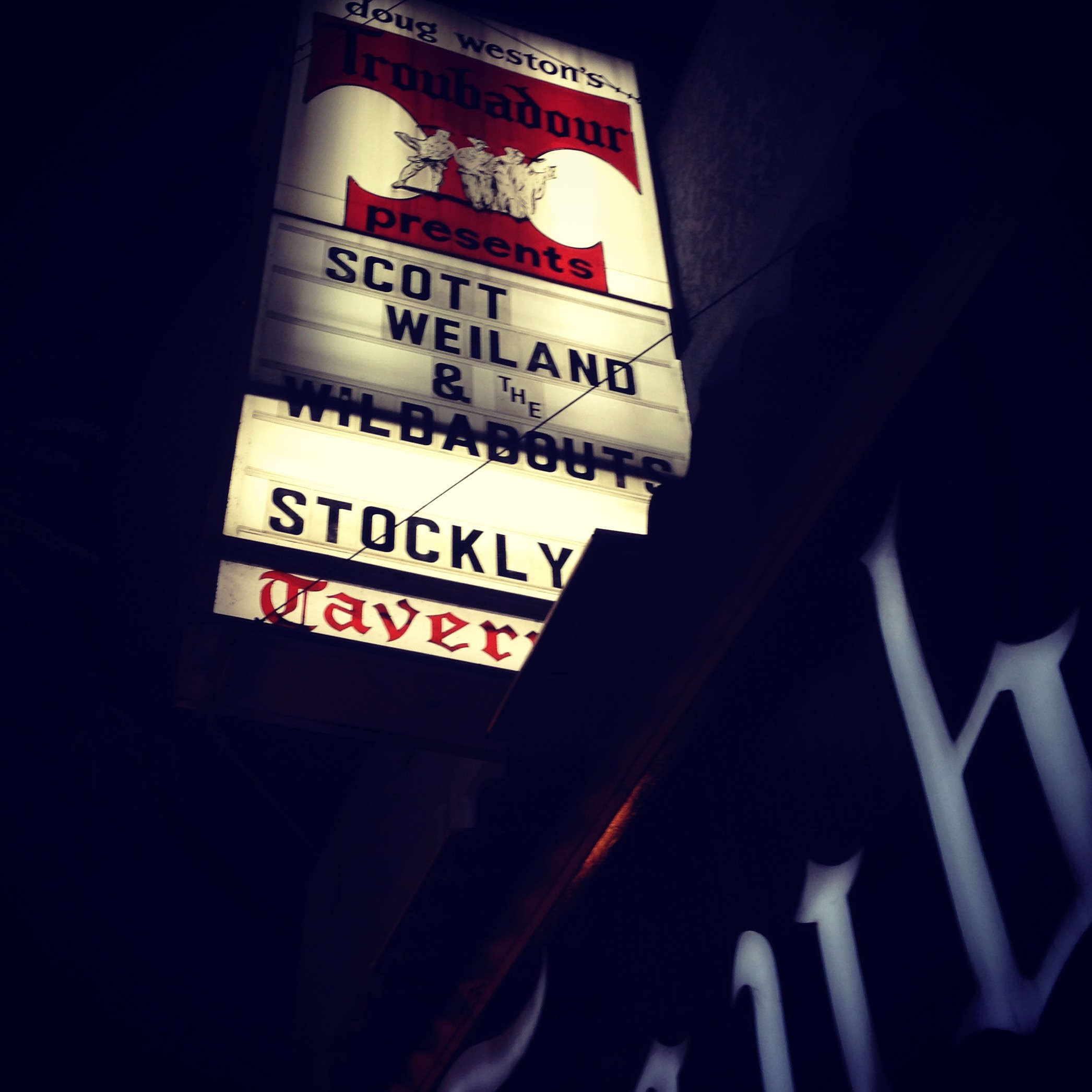 It’s 6:30pm and I’m ravenously eating my first meal of the day. Sitting at the bar at the famous Dan Tana’s, I’m squeezed between an awkward Seeking Arrangement-type date, old music industry execs gossiping about the same show we were about to go to, hanging onto what’s left of the dream, and Little E. Remember when celebrity sightings used to be exciting?

Walking into the Troubadour, the bouncer tells me I have to throw my packet of gum away. FUCK! I am so out of practice that I forgot that the Troubadour is one of THOSE venues that do THAT and I forgot to hide it. Pissed off already, I seek refuge in The Loft and make fun of the opener from the peephole window.

Going back and listening to STP albums makes you realize that a) we all erroneously tied them into the grunge movement and b) they’ve aged really well. I’ve seen Weiland in the original STP days, solo stints, Velvet Revolver, and reunited STP over the past couple decades. I’m such a big fan of him as a front man that I’ve stayed away from his biography for fear of ruining it. I know, I’ve heard from people who really know him and his ex-wife that he’s awful. But sometimes I gotta separate the reality and engage in the art.

The Troubadour was the perfect intimate setting for Scott Weiland & The Wildabouts to premier their new songs. I wasn’t even aware that was how the night was gonna unfold, but it became apparent a few songs in that it was one of those kind of shows. It used to be that I would get either the ‘On Good Behavior’ or ‘Trainwreck’ Weiland (I think I saw the next to the last Velvet Revolver show) every other show like clockwork; and when his lithe figure, hollow cheekbones, and dark eyes appeared on the stage, I thought this might be a bad one.

However, Weiland was more poised and focused than I’d ever seen him. He also talked more than I’d ever heard him talk. He seemed genuinely excited about his latest work, and to share it with the crowd… even seeming impressed that the show had sold out. He sported a trendy fade haircut with long hair on top; a continuing nod to his Bowie-ness, and his trademark Ray Bans. It was like seeing an old friend in a new light. 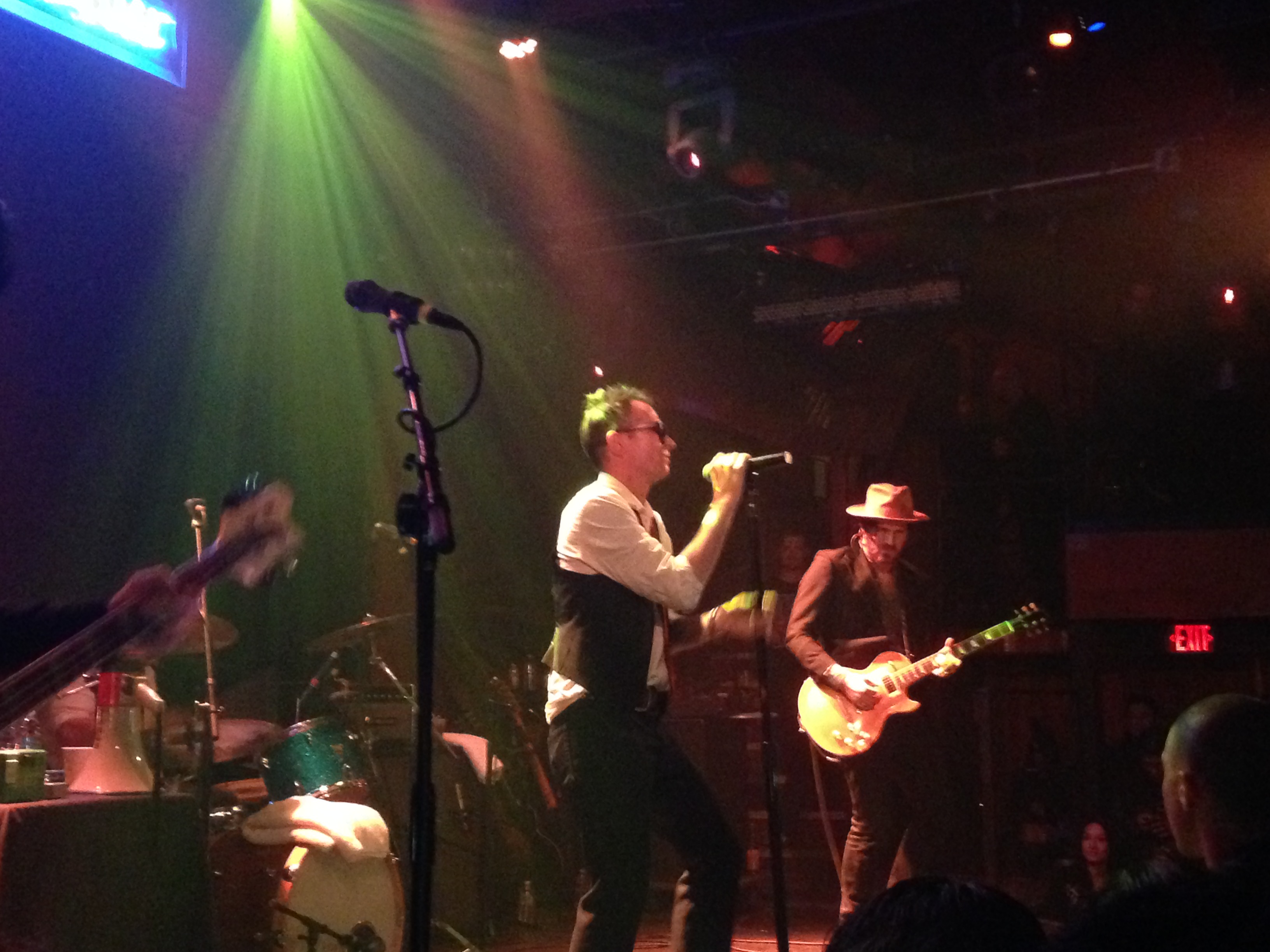 We probably heard every song on the new record. There were some that I liked, one that I really liked (I think it was “Bleed Out”), and a couple that I hated. One of those was probably only due to the fact that I did not like the guitarist’s playing at all (“White Lightning”), the other was because it cemented the fact that all of my old heroes feel compelled to have some Mumford & Avett-style neo-folk song in their repertoire (“Circles”).

And, of course, there had to be some STP songs: 2 of ’em. “Vasoline” and a reimagined “Dead & Bloated”, which was sped up and rendered somewhat unenjoyable. The megaphone sat in plain site taunting us of that one all night. Perhaps my favorite part of the night was the 2 covers: T Rex’s “20th Century Boy” and Bowie’s “The Jean Genie”.

True artists grow and change, create hits & misses, make mistakes, take chances. The Weiland on stage that night at The Troubadour may have not been my favorite, but I still loved it.

Zoso: Jimmy Page in Conversation with Chris Cornell @ Theater at the Ace Hotel, 11/12/14