SF Weekly recently posted an article about the neo-psych/rock scene in SF. But, really, the article makes the point that I often make: SF lacks a scene. 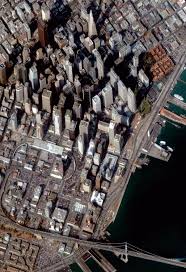 I go to a lot of shows. Like, a whole lot. And the genres I cover fall mostly under the rock umbrella. But there is no place I can go where everybody knows my name. Granted, I do have the unique ability to blend into the crowd, but if I have a 3 show week, all rock bands, I can easily be at Bottom of the Hill, then Great American Music Hall, and then The Fillmore. There’s no go-to place, no bouncer nod, no bartender-doesn’t-need-to-ask-what-my-drink-is-anymore business. I can’t decide on a random night when I don’t have plans that I can go to Slim’s and see a good rock band. They have as many metal shows as punk shows as hip hop. There isn’t a common thread. And, no, hipster does not count, Rickshaw Stop.

Another reason the city lacks a scene is that there are no starving artists in San Francisco. It just can’t happen. It’s too expensive for an up and coming band to make it living in this city. They have to move overseas to East Bay, which has it’s own crop of clubs, not to mention a nearby college town. So either the band has to hold down normal day jobs (total creativity kill), or they have to tack on a trust fund baby member as a sugar daddy (how uninspiring). A struggling artist often breeds a brilliant artist…you’ve heard the Cinderella stories.

The residency issue that the SF Weekly article brings up is also a good point. Out of town bands often come and plop down at The Fillmore for a stint of shows. Rarely do any local bands do this. It’s like the city is afraid to promote its own bands too much, for fear of overshadowing the touring acts. I don’t understand what the whole diversification is doing for our venues. Do they really believe that we only go to the one that is closest to where we live or something? Like I wouldn’t go drive across town to Bimbo’s to see Honeycut, so let’s put them at Bottom of the Hill next week so that I’ll be able to go. I think it actually would lend to the band’s credibility if they could consistently play a venue that supported a genre. Perhaps I just always dreamed of having a Pamela Des Barres at The Whiskey thing, or like Legs McNeil at CBGB’s. I aim high.

Don’t get me wrong, we get great live music here. If we didn’t, HardRockChick wouldn’t exist and you’d all be so sad. But it always feels like it’s missing something.

The Hard Rock Chick Wants to Know: Who or what are your biggest influences?

Justice documentary does not do the band justice

Bonded by Blood: Disruption in the Live Music Industry

You Can’t Put Your Arms Around A Memory

“Feel so restless, I am,Beat my head against a poleTry to knock some sense, Down in my bones.” Supposedly Bob Dylan…

It’s been over five years since I’ve written in this space… boy does time fly when you’re having fu….hmmm. Anyway,…

Part 1 “Being a hardcore fan” Part 2 “Music, Concerts, and Merch” Do you participate in your artist’s social networking…

Read Part 1 here. How do you consume music from your artist? What format (CD, MP3, vinyl), where do you…

The How, What, and Why of HRC at the GRAMMYs

‘A picture’s worth a thousand words’. As a writer, this phrase always makes me a little sad…..but it is often…

Quite a few people have asked me what I’m going to do now that the NIN shows are over. The…

I’ve blogged about this before…and now there’s a whole new breed of mostly WTF actors trying to be singers. So…